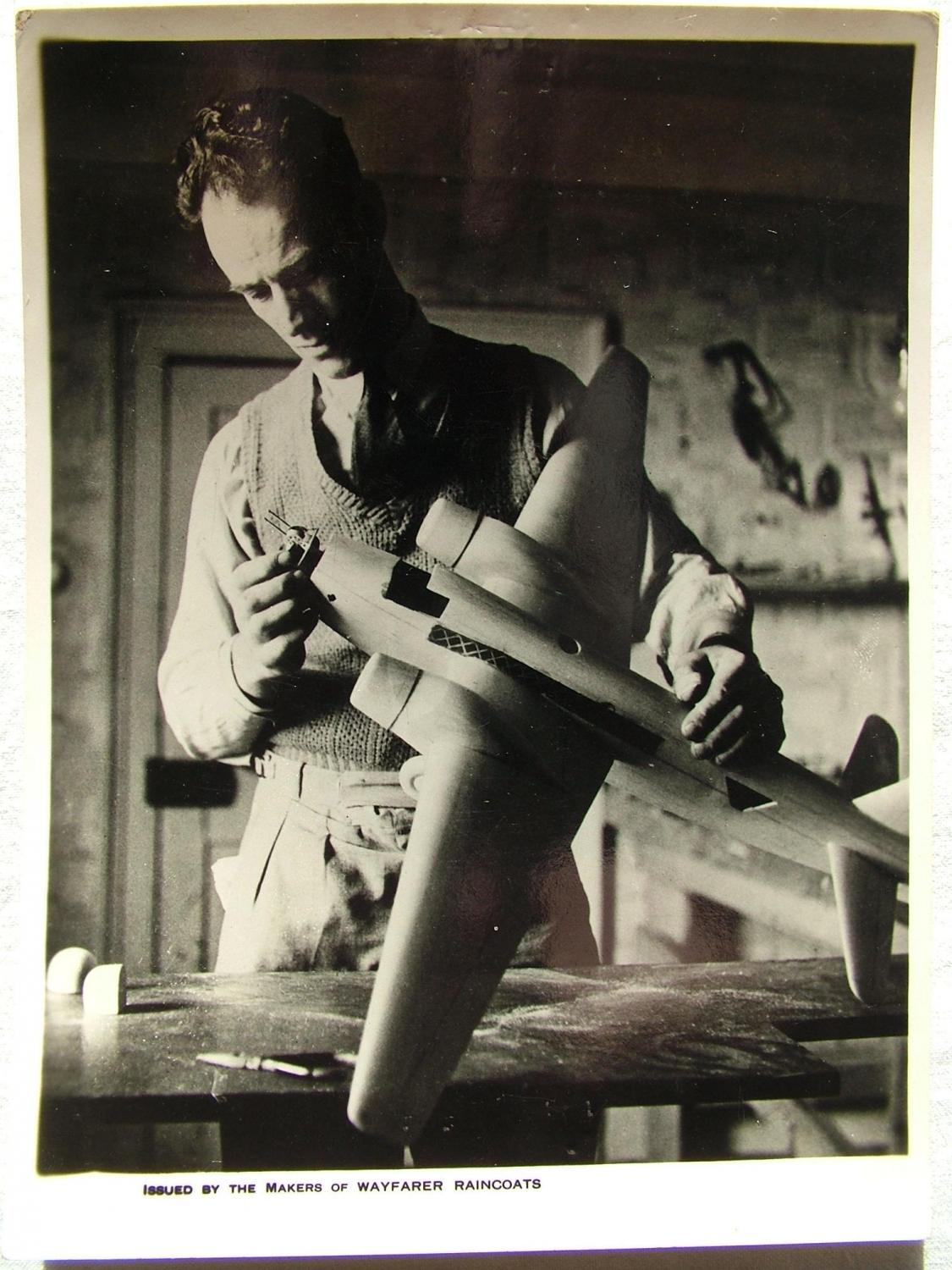 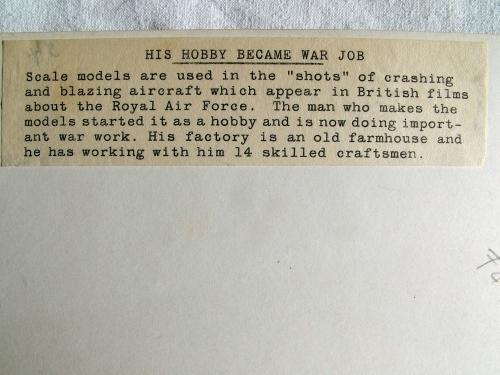 Approx. 13 x 18cm. Shows a man constructing a wooden scale model Wellington Bomber. Captioned to rear "His Hobby Became War Job...... Scale models are used in the shots of crashing and blazing aircraft which appear in British films about the RAF. The man who makes the models started it as a hobby and is now doing important war work. His factory is an old farmhouse and he has working with him 14 skilled crafsmen". Issued by the makers of Wayfarer Raincoats. VGC.