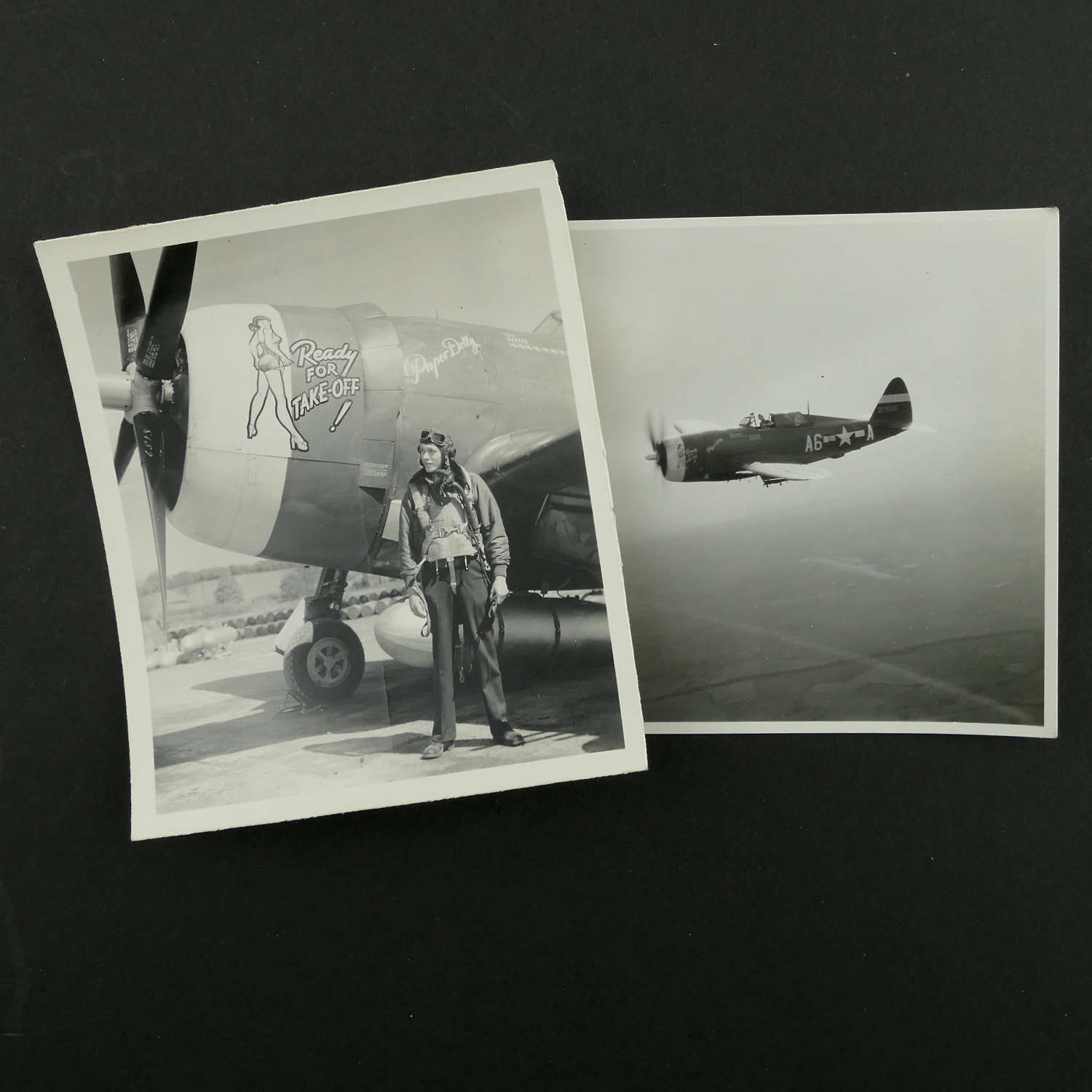 Approximately 9.5 x 11cm. (2).  The first is a good clear image of a 389th Fighter Squadron Thunderbolt with nose art showing a scantily clad female on the cowling alongside the words 'Ready For Take Off!' and the name 'Paper Dolly'.  The pilot standing next to it is wearing a B-15 jacket, B-4 lifevest, British C-type helmet / MK.VIII goggles and an A-14 oxygen mask.  The aircraft is fitted with a drop tank and underwing bomb racks.  The second photograph is of the same aircraft in the air with a coastline and landing strip visible below. This is believed to have been taken over the forward landing strip for the 366th just off the coastline near Omaha beach in Normandy.   The aircraft markings are clearly visible and the number of missions marked below the cockpit has grown considerably.   The 366th Fighter Group of the 9th AAF, known as the 'Gunfighters' was comprised of the 389th, 390th and 391st fighter squadrons.  Initially based at Membury in Dorset, they later moved to Thruxton in Hampshire and were heavily involved in the build-up to D-Day, moving to France on 17th June 1944 as ground support in the Battle of the Bulge.  Scarce original 'nose art photographs. Stock code P24215A-146. 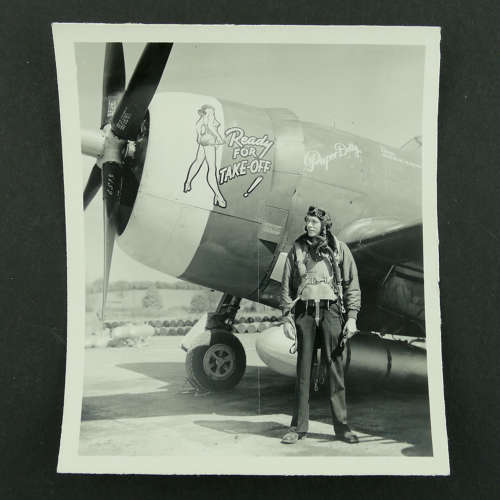 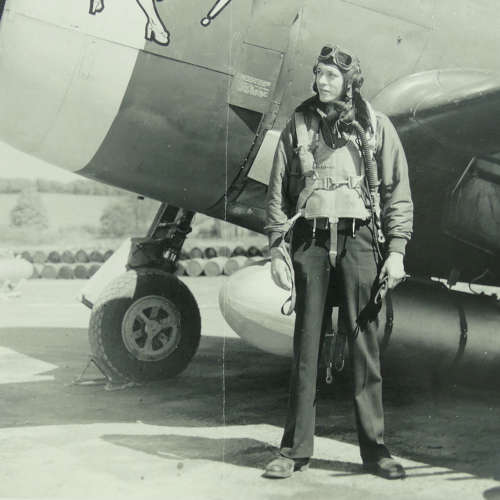 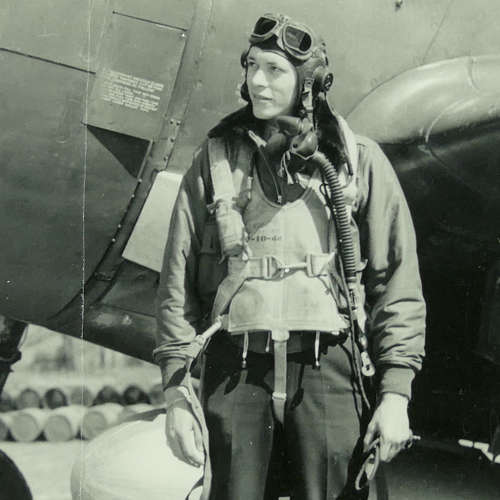 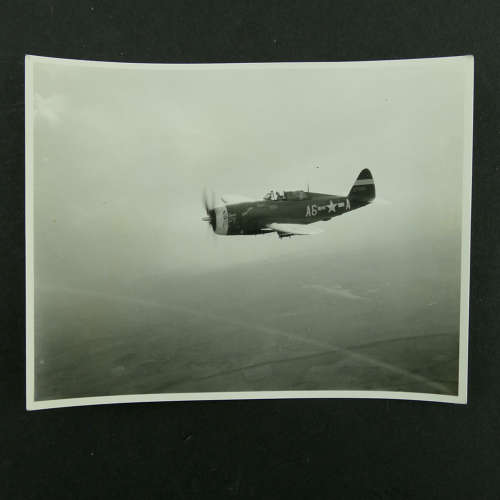 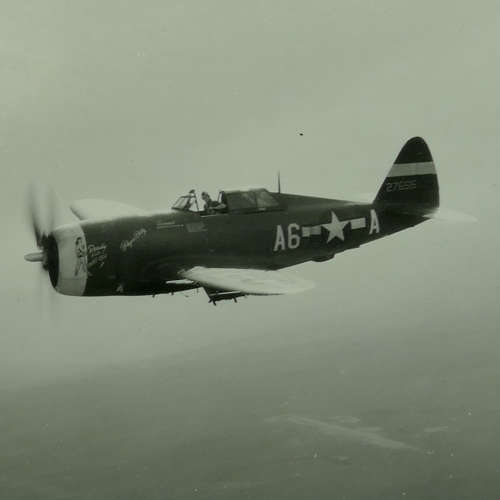