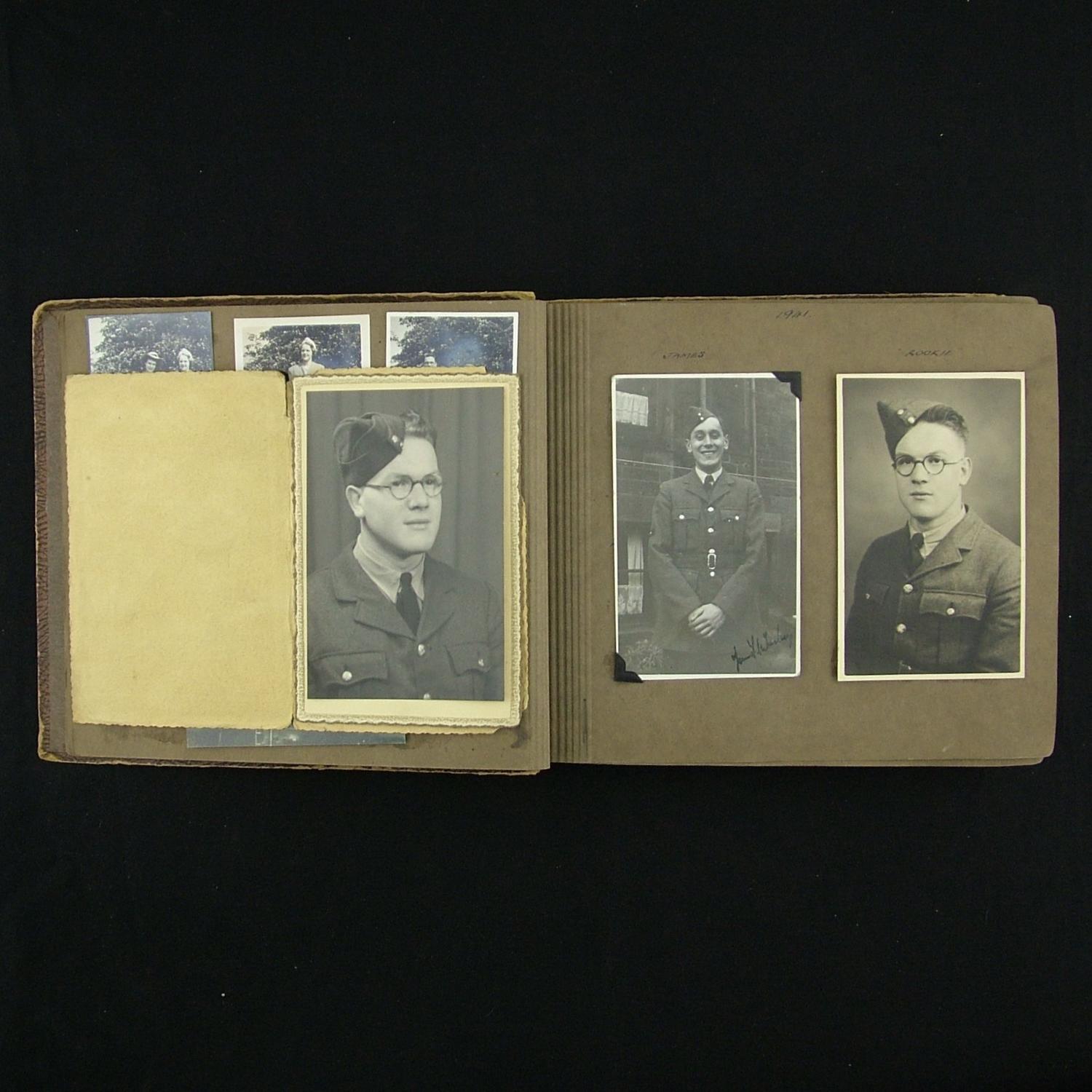 Scottish WAAF's photograph album covering the period between 1937 and 1951.  Begins with a Girl Scout camp and family photographs but by 1941 there are images of RAF airmen, her father and brother(?) in army uniform, a US staff sergeant, Invergordon 'Salute the Soldier' parade, and lots of WAAF related photographs, many taken near R.A.F. Ramsey on the Isle of Man.  One lovely small photograph shows four WAAFs in greatcoats, 1941 pattern Mae Wests and Observer parachute harnesses next to an Avro Anson(?).  Others show presentation of Hockey medals and a visit to RAF Ramsey by the Queen c. July 1945.  In 1946 she appears to have been posted to Buckeburg, Germany as part of the B.A.F.O (British Air Forces of Occupation) and by1947 she is in Guterslow and Cairo, still in the forces.  After that most of the images are family snapshots and postards although there are a few at RAF Coltishall in 1949.  She appears to have travelled to New York aboard the Queen Mary in 1951 which is where the album ends.  Most photographs are approximately 8.5 x 6cm although some are larger (up to 16 x 11.5cm).  Approximately 275+ photos in total plus additional postcard type images.  Roughly 117 have people in uniform.   A little tatty with some loose photos.  Many are captioned in the album and some have annotations on the rear.  An interesting insight into life in the Womens Auxiliary Air Force.  Stock code P21409. 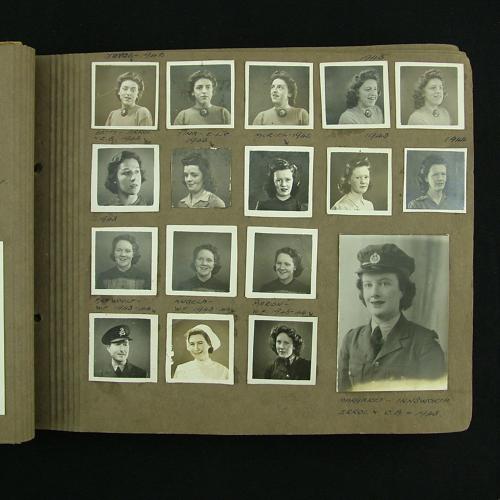 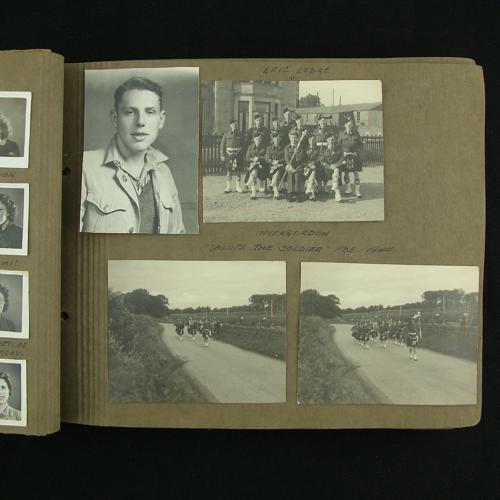 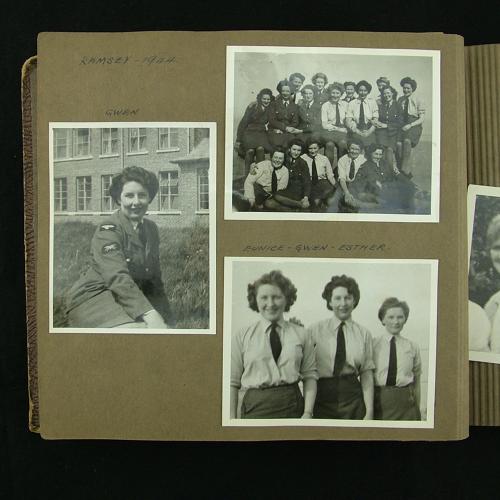 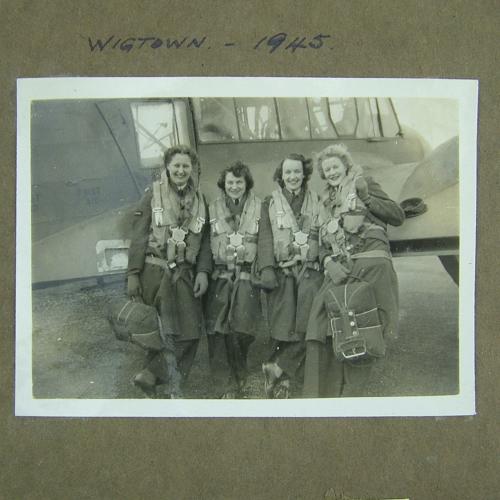 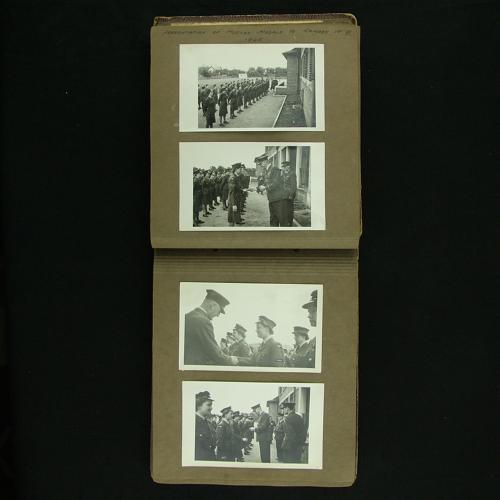 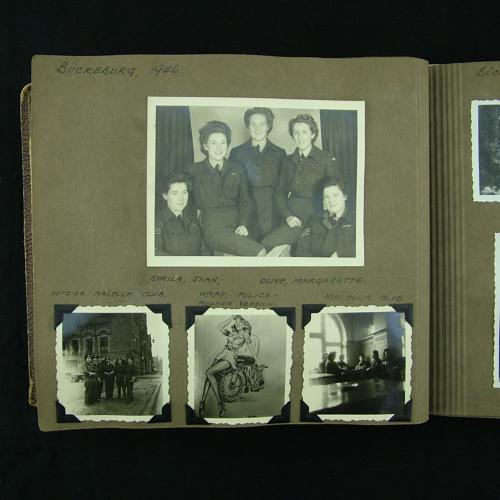 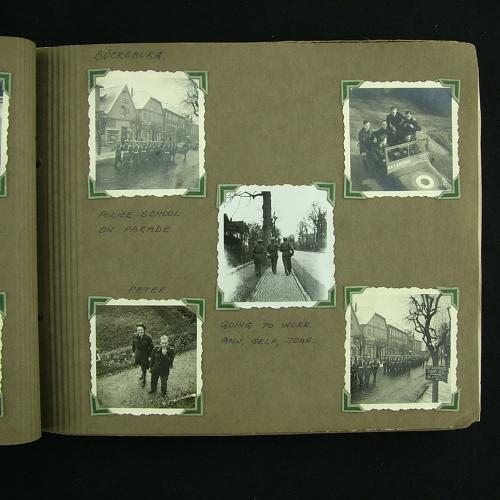 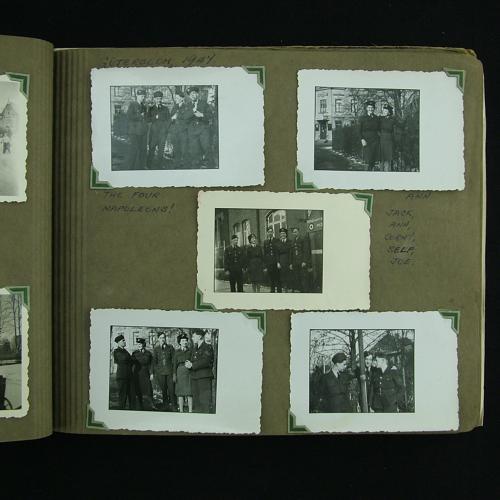 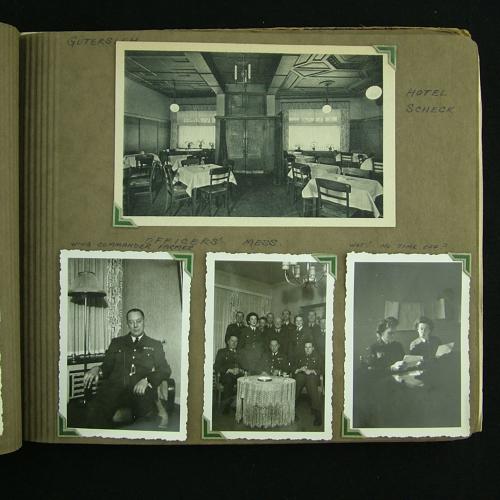 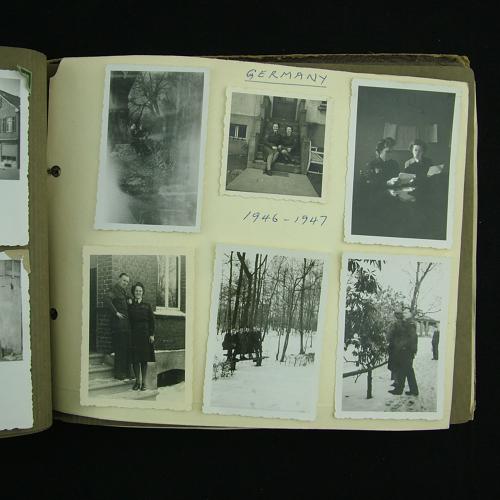 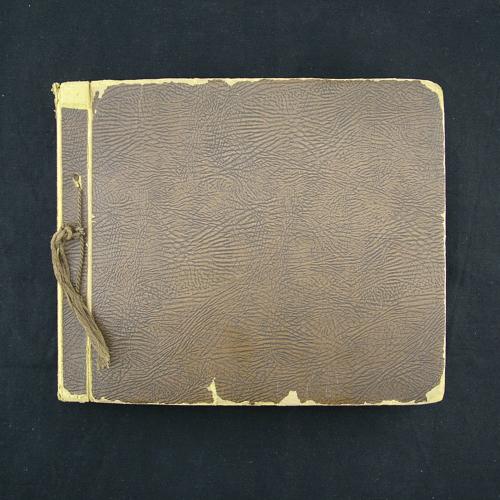