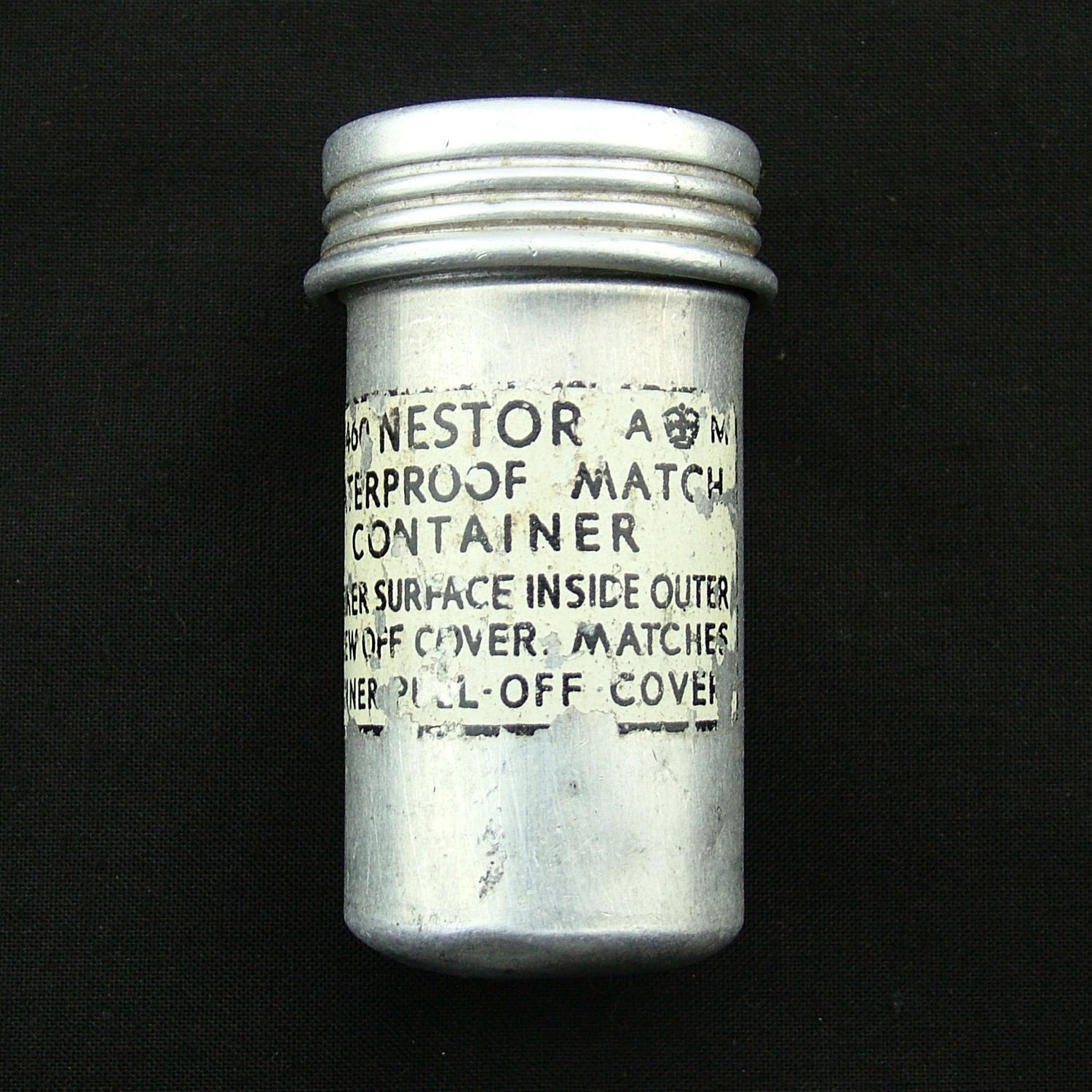 Stores reference 12D/460.  By Nestor. Approximately 6.5 x 3cm. Screw topped cylindrical aluminium container housing a second aluminium tube into which large-headed long burning matches were placed. The inner side of the outer container is coated with a special 'striking-surface'. Most of the original Air Ministry marked transfer printed label remains and reads '12D/460 NESTOR Waterproof Match Container - Striker Surface  Inside Outer Screw Off Cover. Matches In Inner Pull-Off Cover'.  These were issued for the 'Lightweight Flying Overall', better known as the Beadon flying suit which was issued to replace the Sidcot suit towards the end of WW2.  Good used condition although most of the 'striking-surface' has worn off.  Empty. Quite a scarce item.  Stock code S18023. 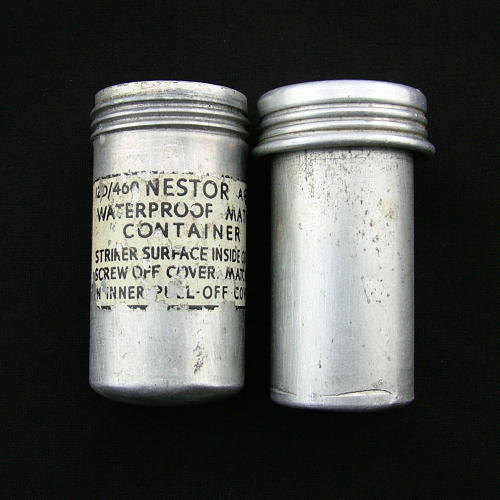 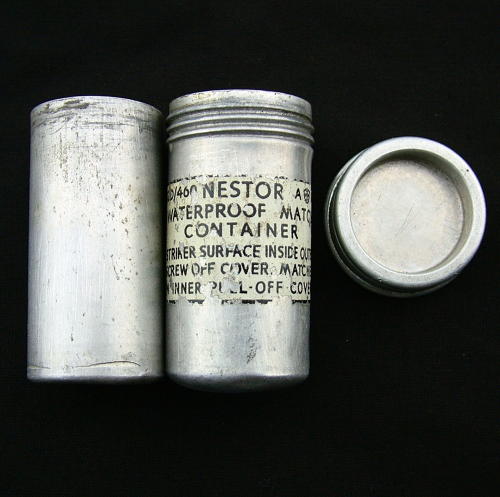 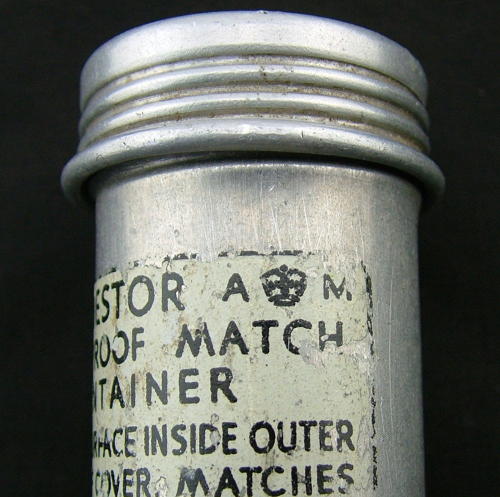 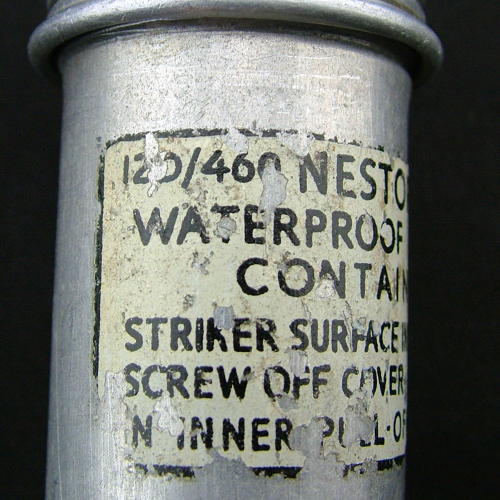 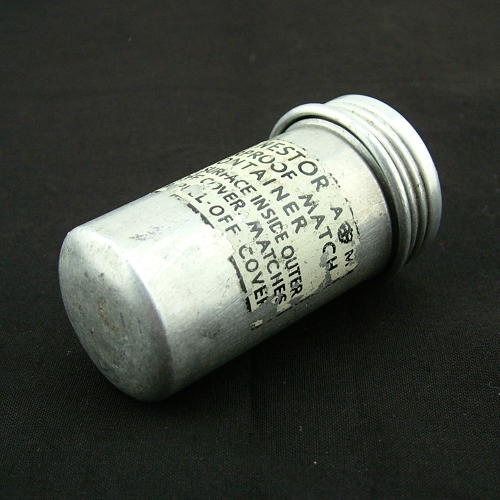 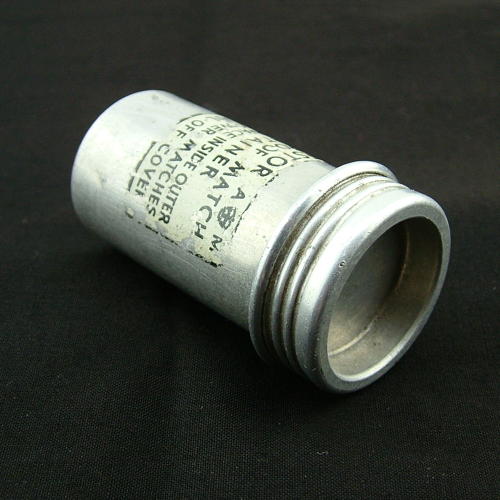