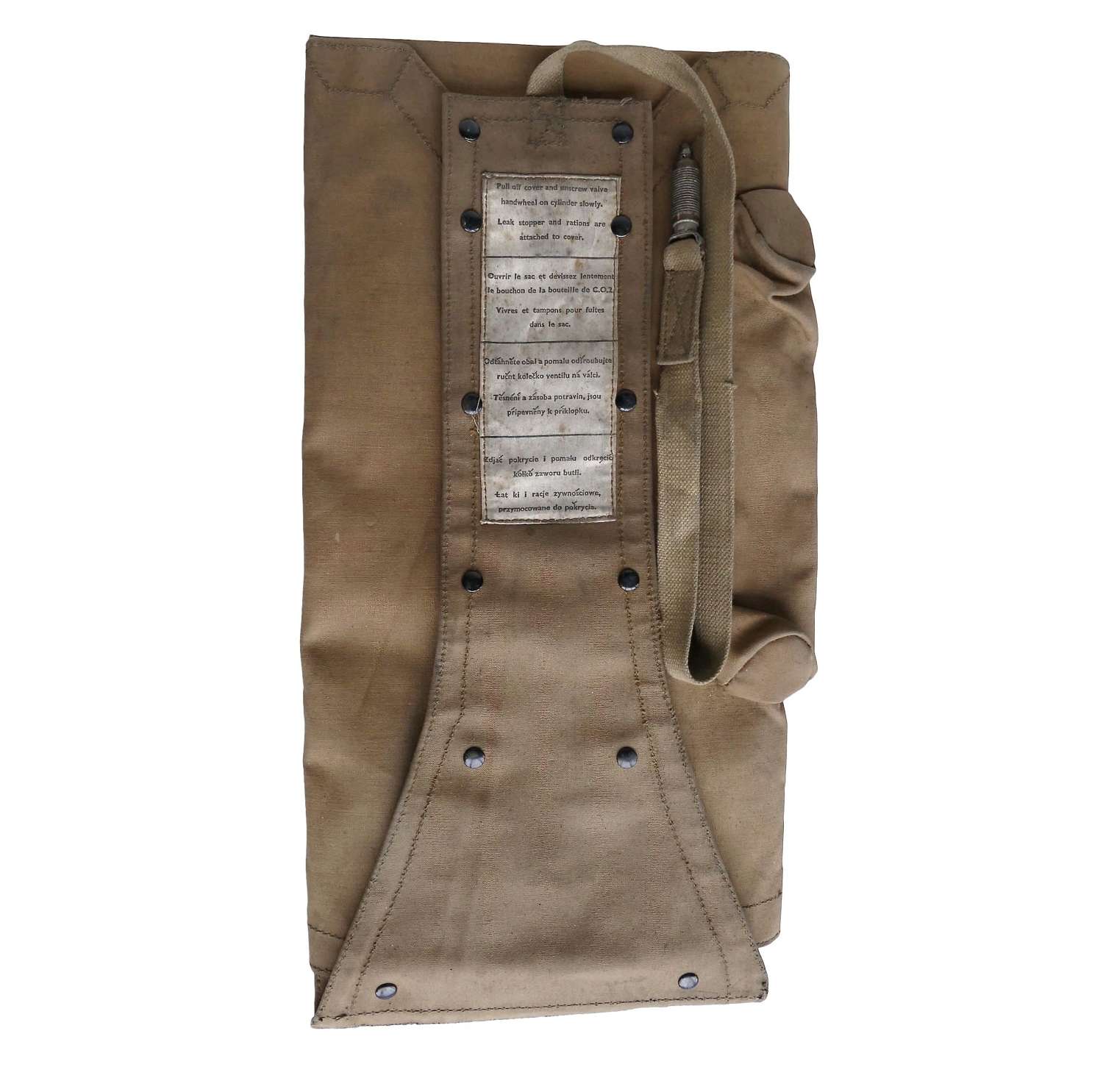 Back Pack, Type B.  Stores reference 27C/1900.  The single-man Type K dinghy was carried folded and compressed within a variety of different packs and used in conjunction with the airman's parachute equipment.  The Type B pack was designed to replace the back pad on the pilot's or observer's type parachute harnesses.  Manufactured in heavy cotton canvas it consists of a cover which attaches via press studs to the parachute harness similarly to the usual back pad, and a detachable release flap which is attached via studs on to the former and to which are attached the dinghy and all accessories.  A webbing lanyard is attached to the flap, for fastening to the D-ring on the Mae West or flying suit with the quick-release unit provided.  Stowage for accessories is supplied in the base attached to the release flap and includes pockets for emergency rations, signal flares, paddles, leak stoppers, mast and sail etc.  A multi-lingual label is stitched to the cover.  The pack is quite clean and in excellent condition bar minor verdigris on the the lift-the-dot fasteners and clips.  Much rarer than the type A & type C.  Only the second example we have ever seen.  Don't miss this one.  Stock code S25374. 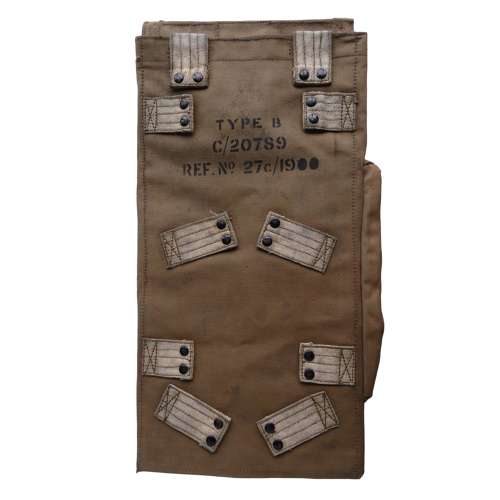 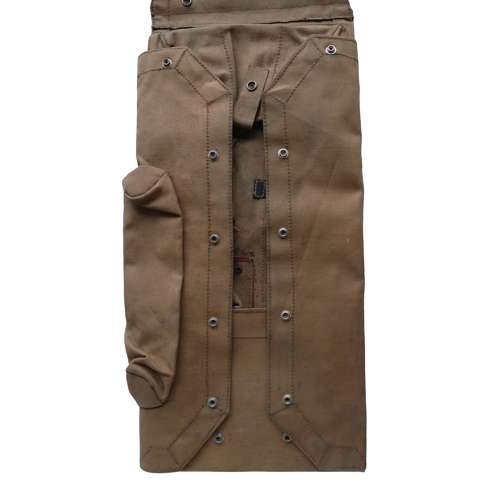 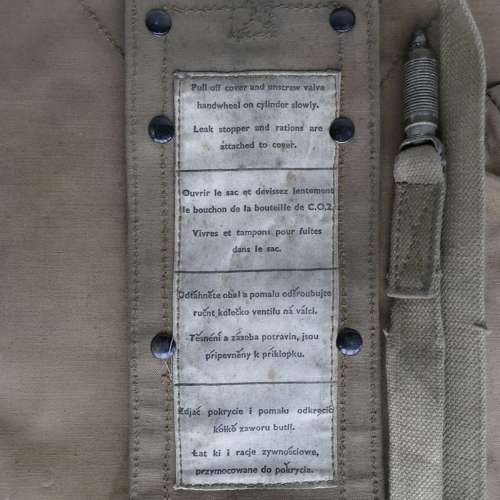 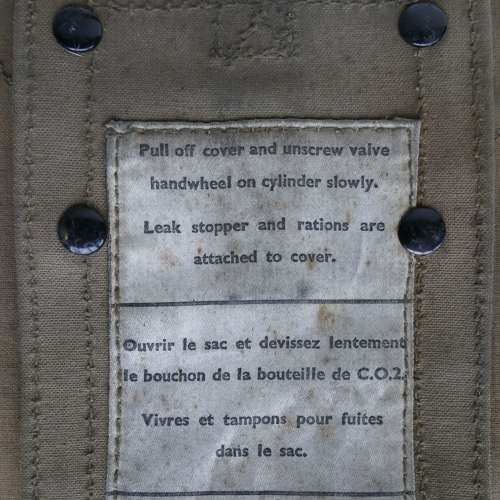 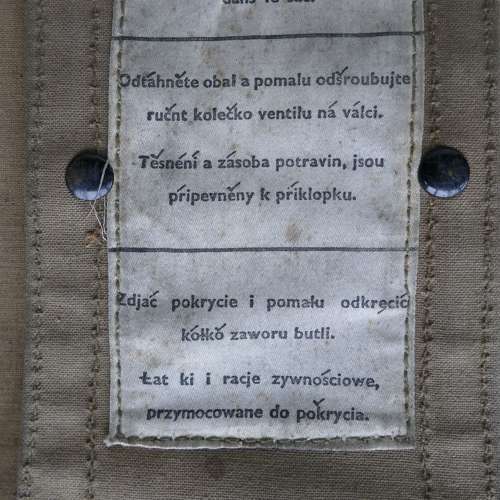 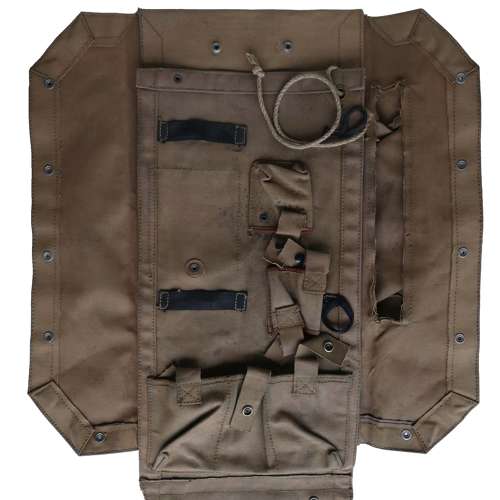 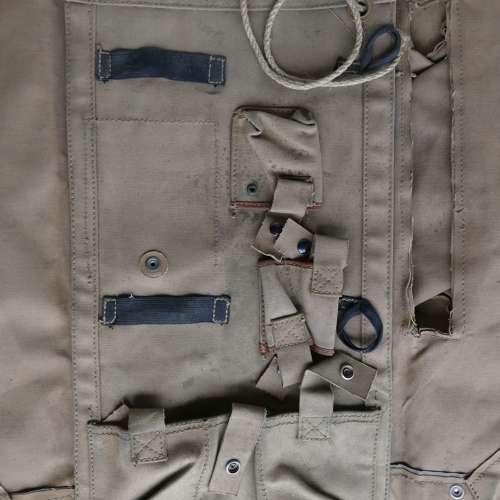 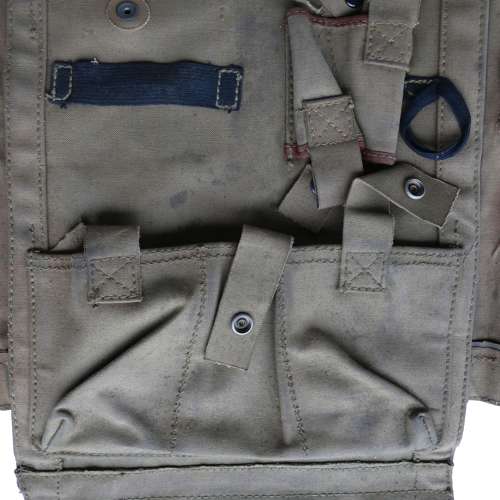 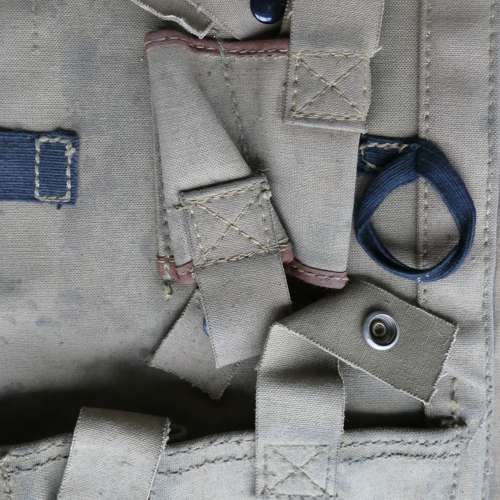 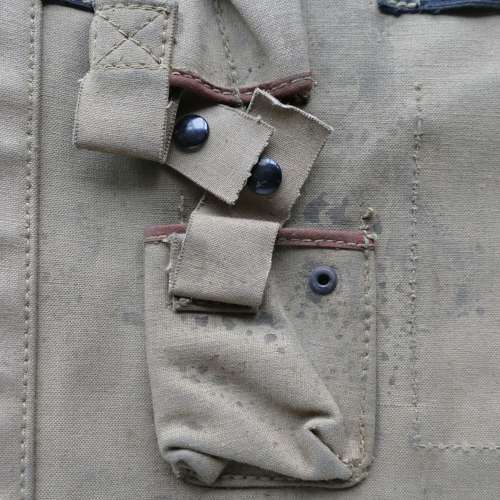 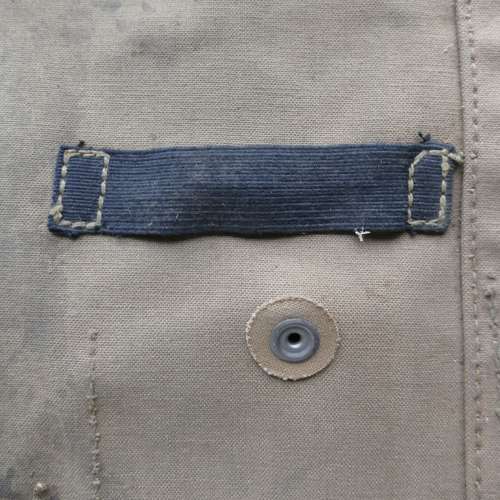 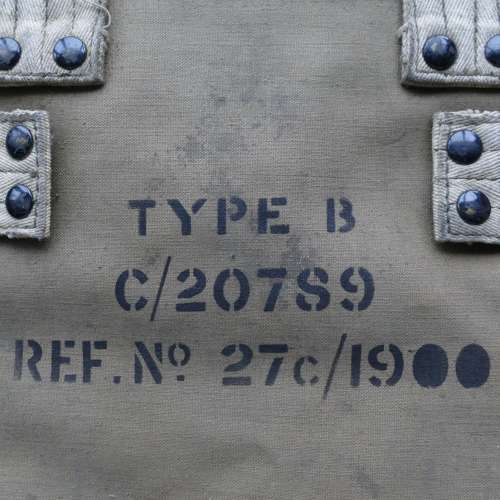 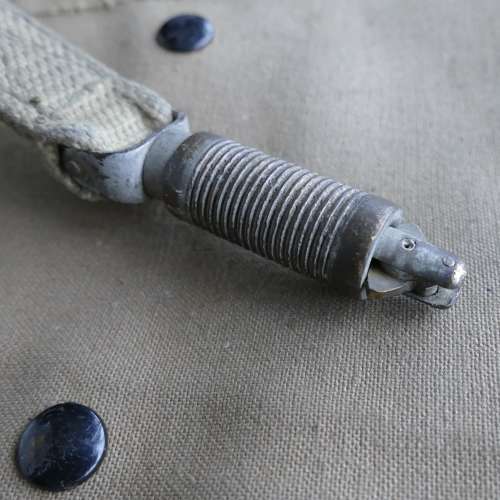 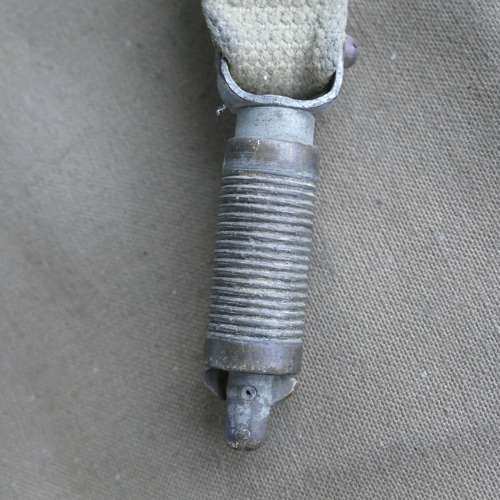 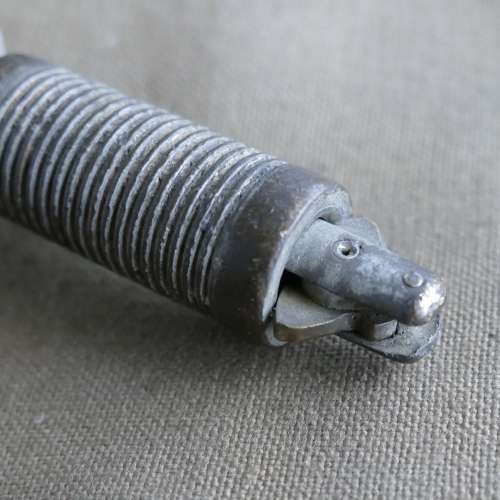