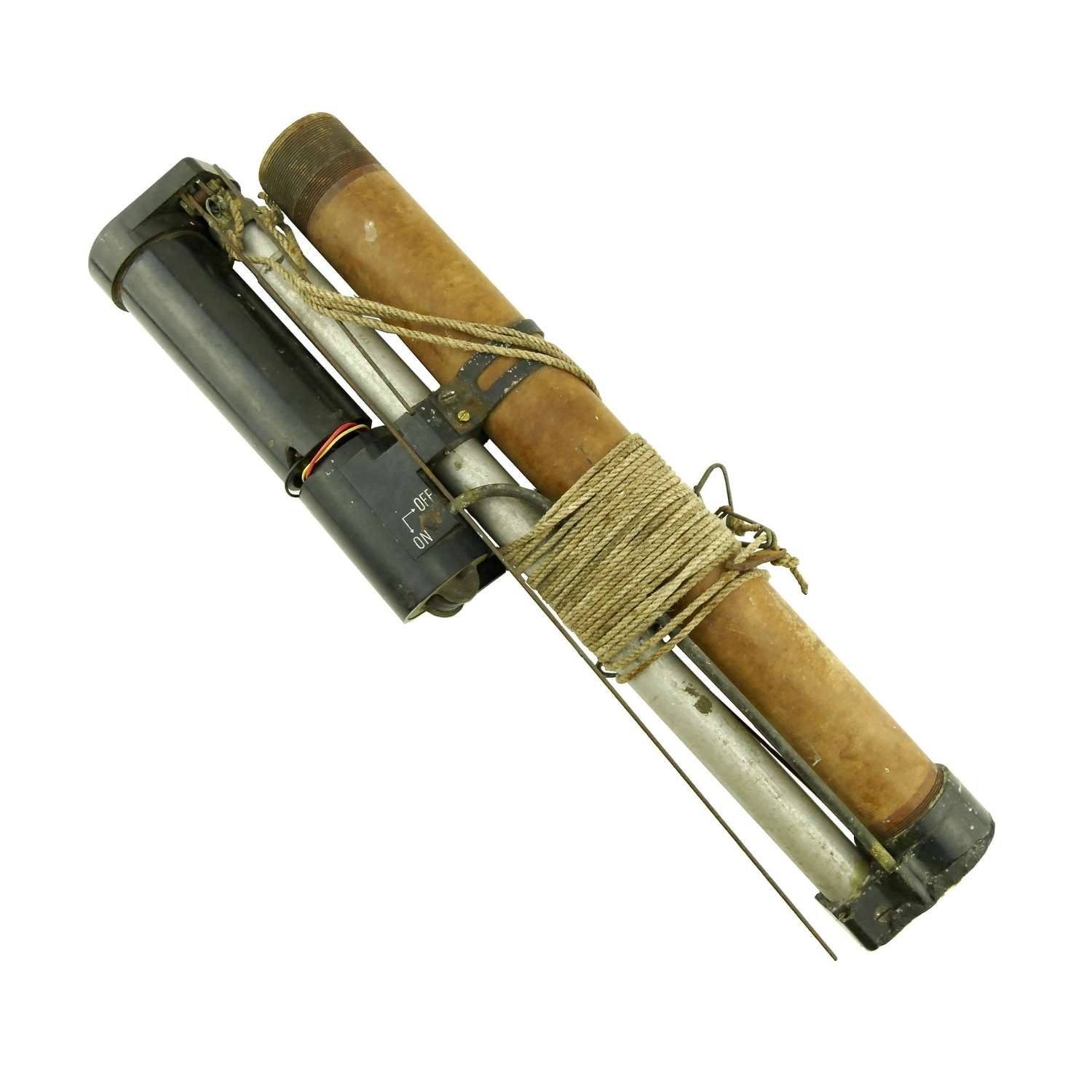 The T.3180 ‘Walter MK.1’ transmitter, stores reference 10DB/975 was a compact portable homing transmitter designed to help locate downed airmen.  It was fitted with a telescopic aerial mast and integral dry-cell battery power supply that emitted a pulsed signal that could be received over a range of up to 20 nautical miles by airborne ASV Mk. II radar sets or Rebecca Mk. IIb equipment fitted in Coastal Command and Fleet Air Arm aircraft. In use, the telescopic mast extended to a height of approximately 6 ft. with the oscillator unit and wire dipoles at the top linked to the switch unit and battery case with thin wire leads.  The mast was fitted with three guy ropes that secured it to the dinghy sides. The lower section of the unit was held between the airman’s knees with a felt pad fitted to the base in order to prevent slipping and damage to the dinghy floor.  To preserve the battery it was recommended that the transmitter be operated for 15 minutes at a time at five-minute intervals and only intermittently until an aircraft or rescue craft was sighted.  The 'Walter' was used in single seater dinghies, type K, the sailing dinghy type Q, in multi-seater dinghies types L, M, M1A, H Mk.III and K Mk.III, and also in airborne lifeboats, Mk.I (Hudsons) or Mk.1A and II (Warwicks).   Superficially this looks pretty good but it does have a few problems. The screw-on battery case cap is missing as is the felt base pad (easy to replace).  The mast is good and retains all three guy ropes/clips. The oscillator unit case and switch unit both appear to be good but the dipoles on the former should automatically unfold 90 degrees when the mast is raised.  Unfortunately the small springs no longer lift the wires into position.  Despite the issues this makes a good display piece and they are extremely rare and sought after.  Stock code S24020. 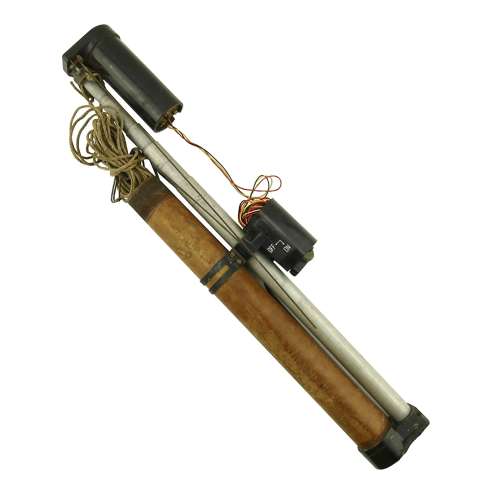 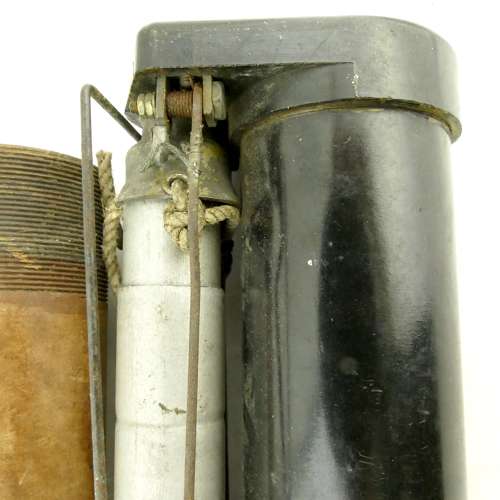 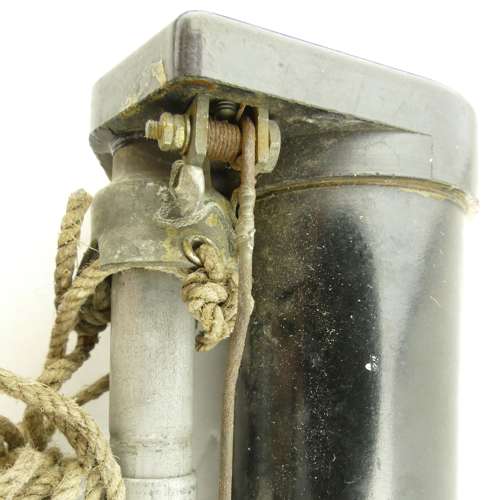 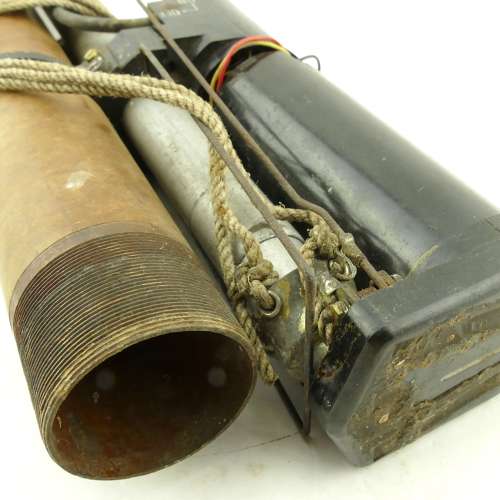 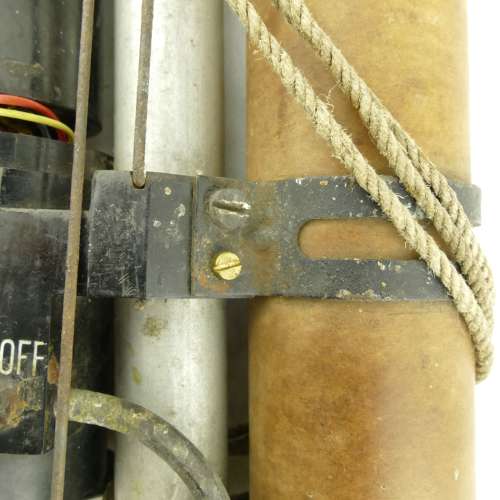 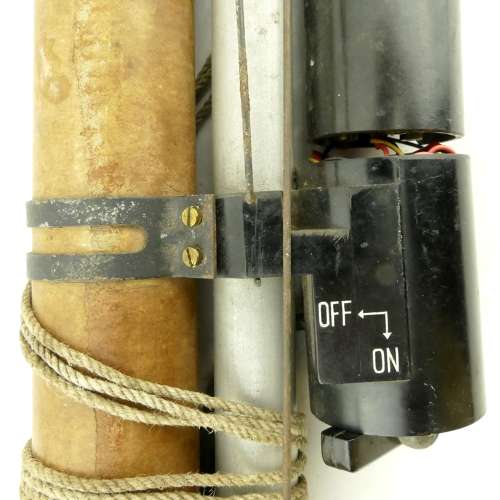 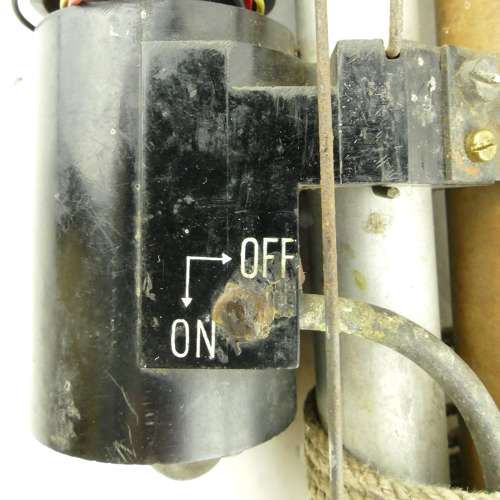 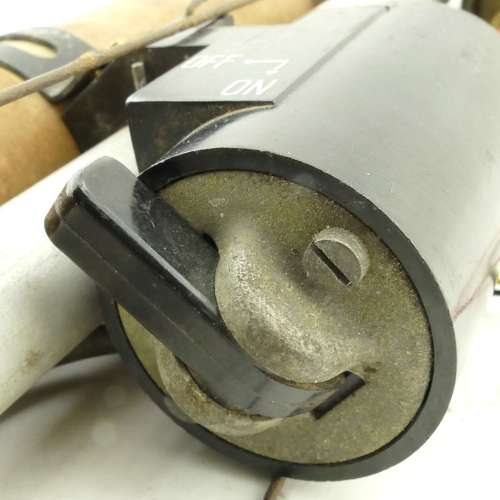 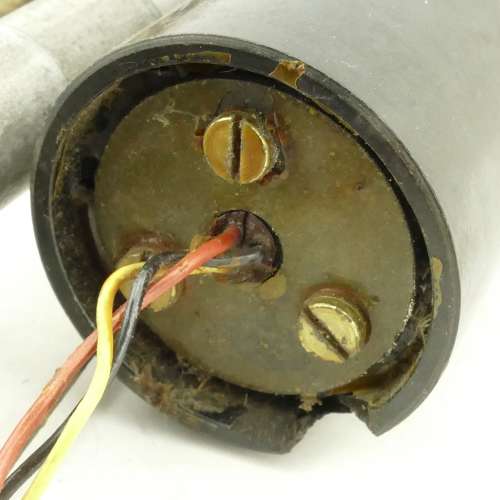 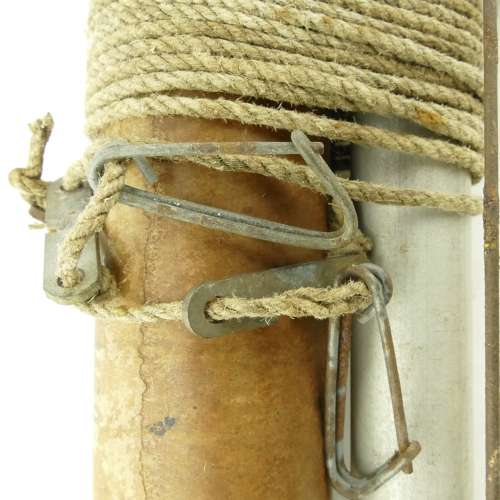 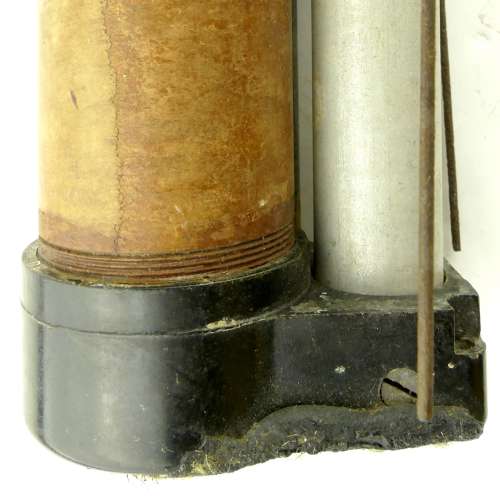 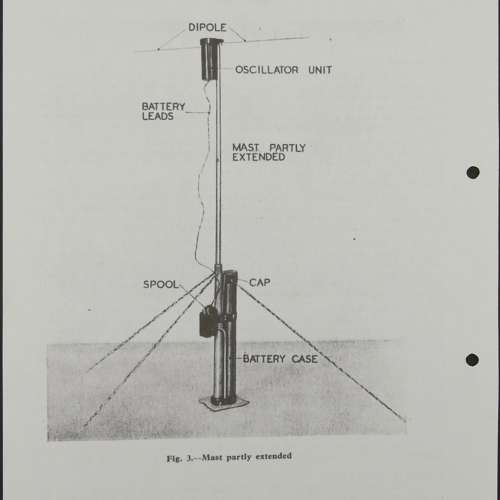 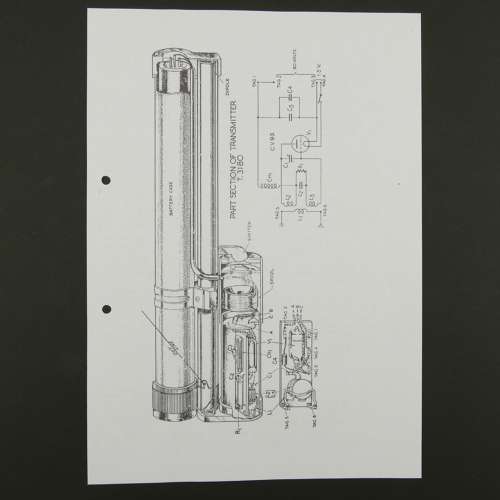 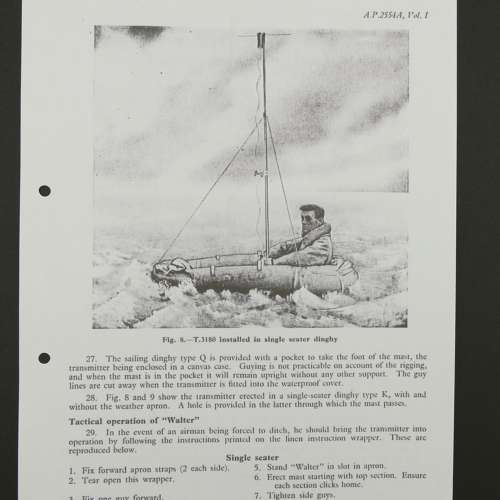 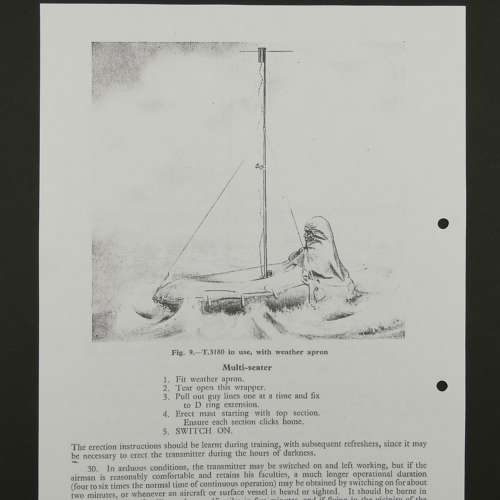