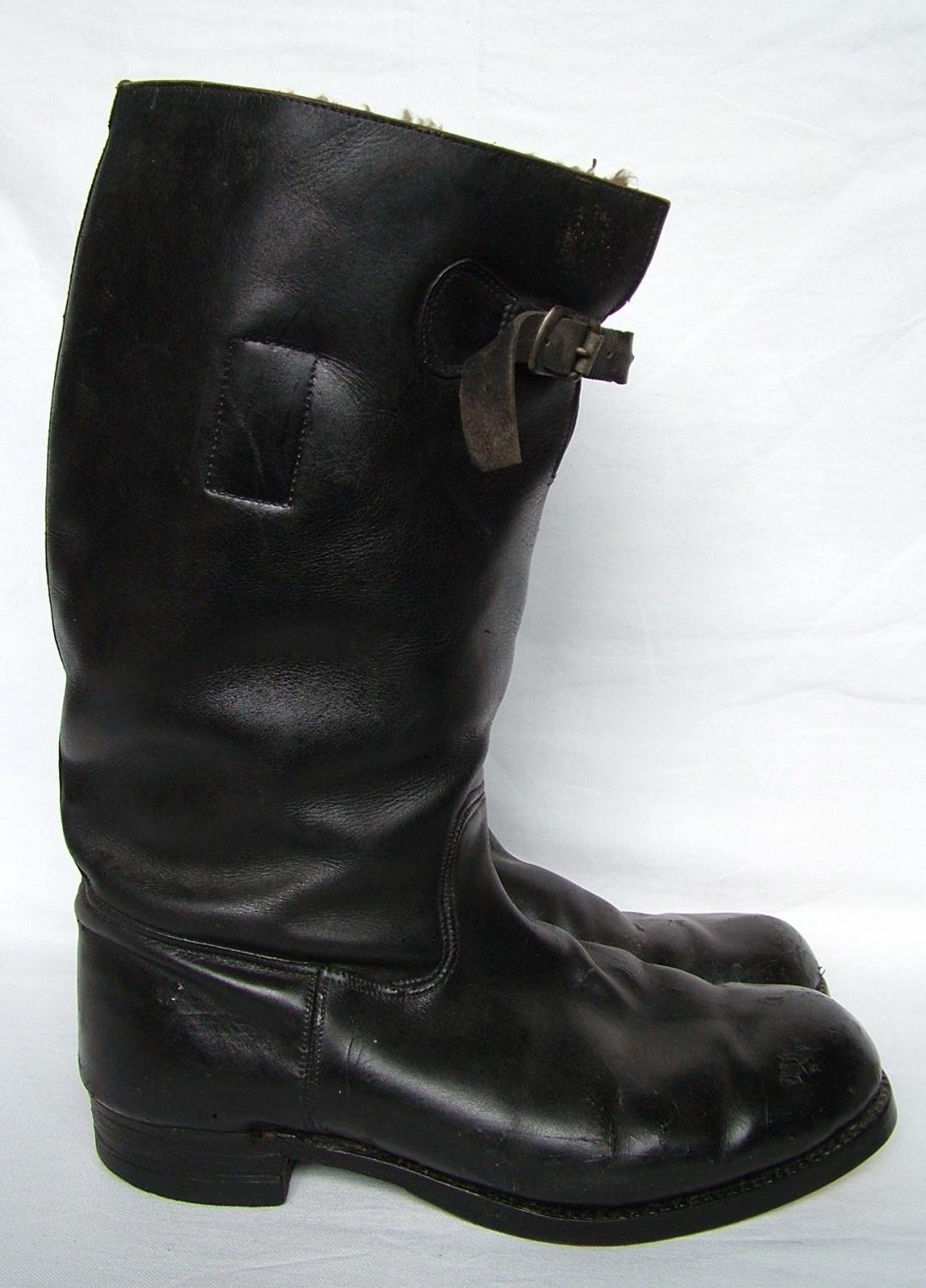 Stores Ref. 22c/80. Size 8. 1939 dated. The leather is in very good overall condition bar the usual nicks and cuts around the foot area. The original soles have been replaced but the previous owner has had them done properly using stitched leather. The heelplates appear to be original. The linings are somewhat grubby and there is loss of fleece in the ankle area of the left boot. Complete with insoles. The puller tags have quite clear Air Ministry King's Crown markings and 1939 date code in each boot.

These boots were purchased directly from the grandaughter of the orignal owner, Roy Craighead. Roy trained in Canada at the No.1 Service Flying Training School, graduating as a pilot in October 1941 and becoming a Sergeant bomber pilot. Before the war he raced motorcycles/sidecars on grass and was a succesful speedway rider in post-war years, competing at tracks all over Europe. A very nice pair of these rare early boots. They come with a few photocopied documents relating to the owner including a graduation ceremony programme and news clippings regarding his death in 2007. Stock code B16581. 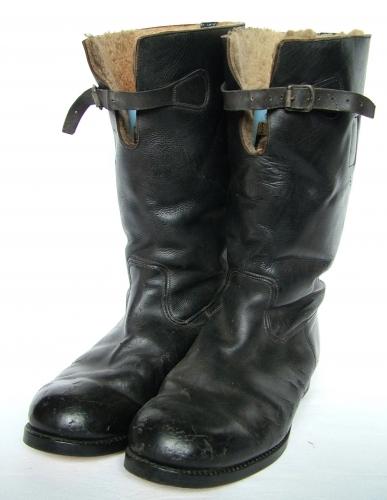 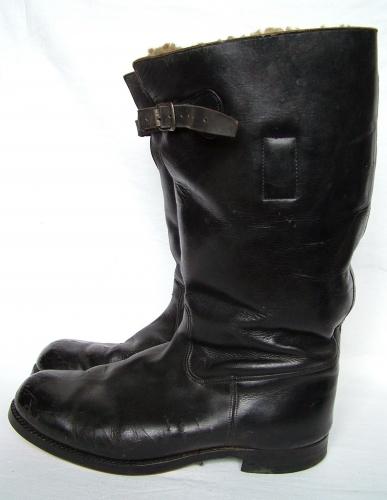 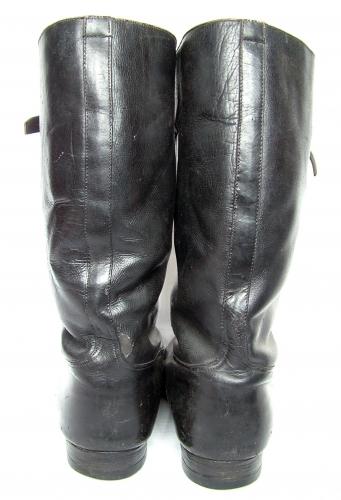 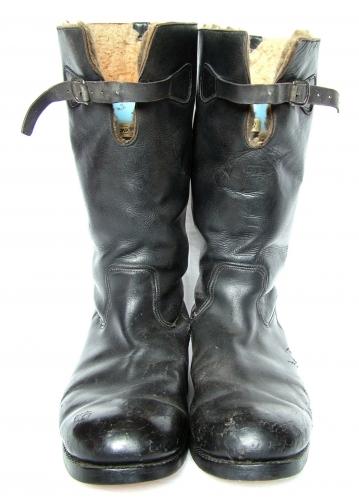 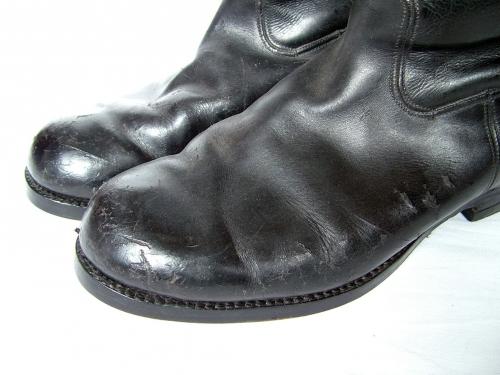 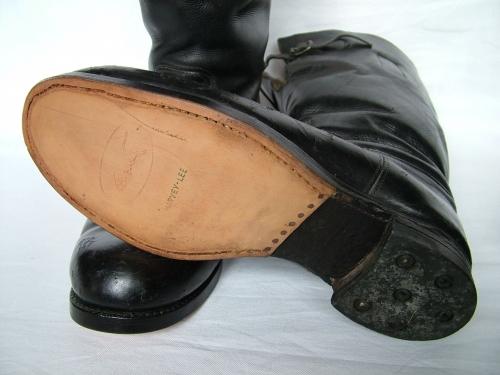 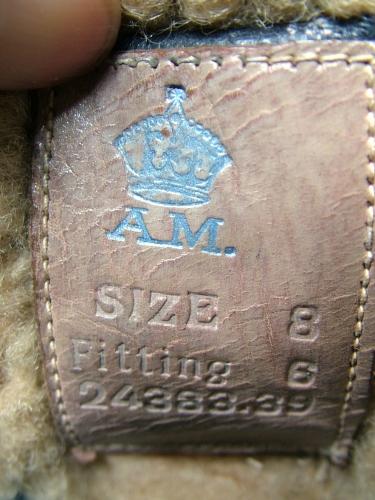 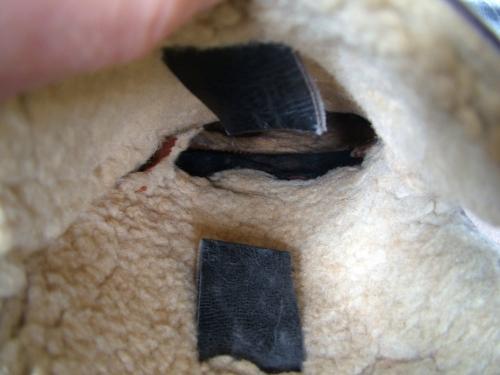 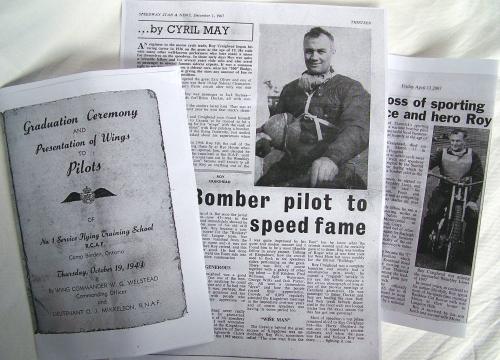