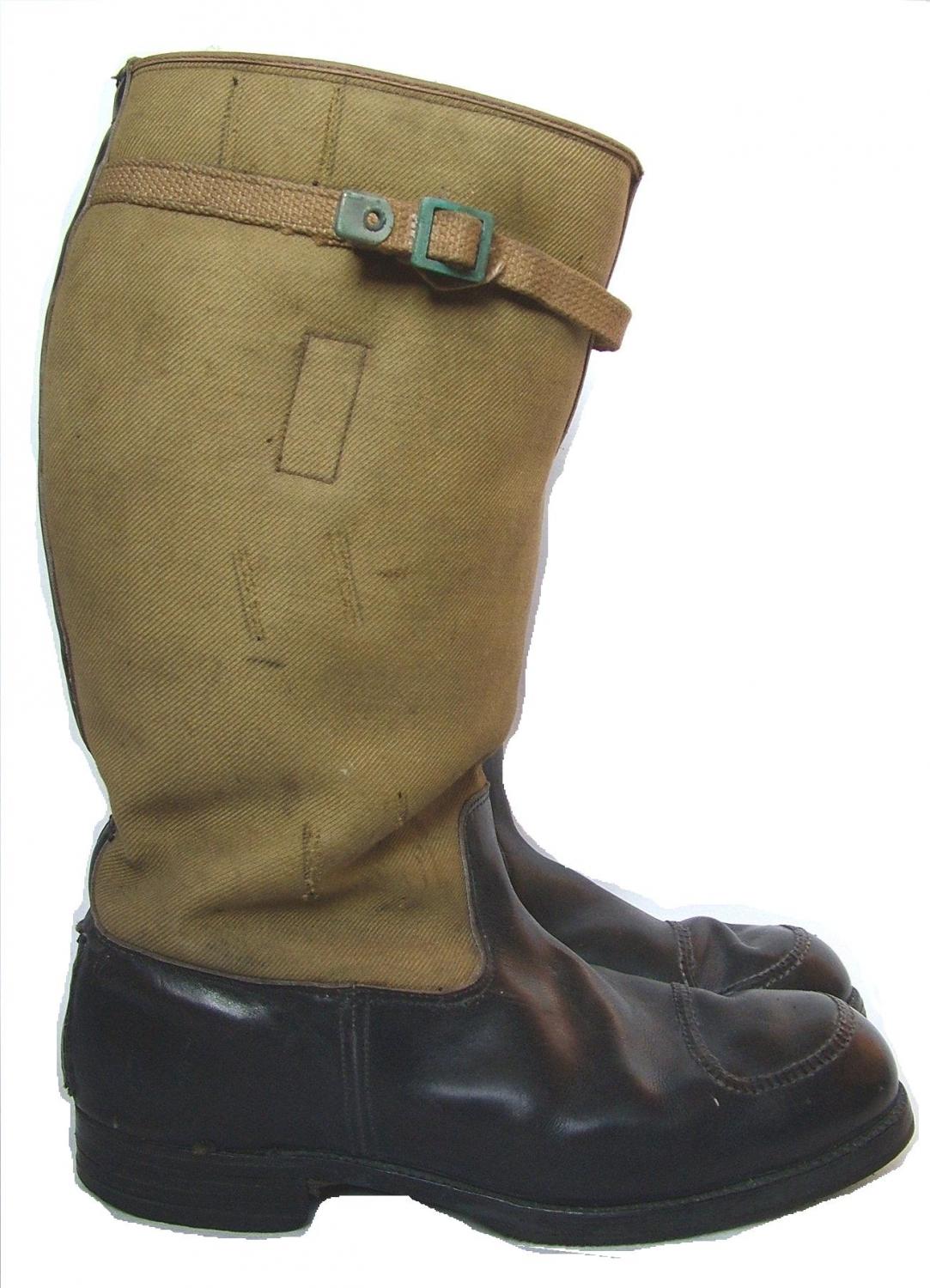 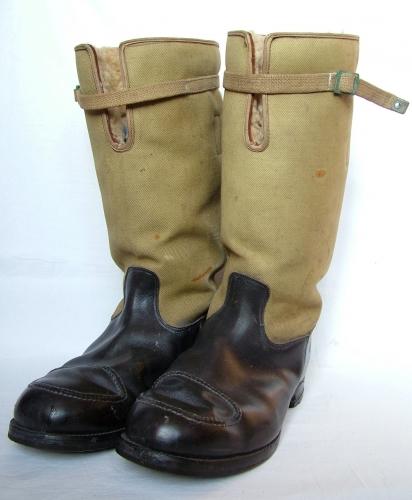 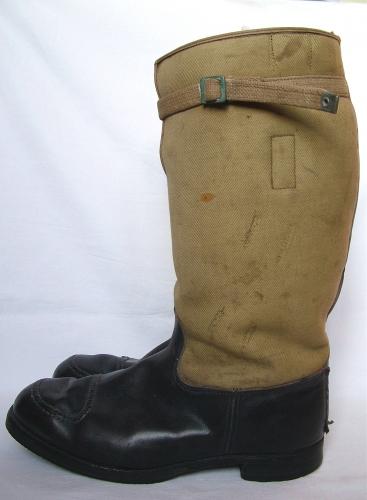 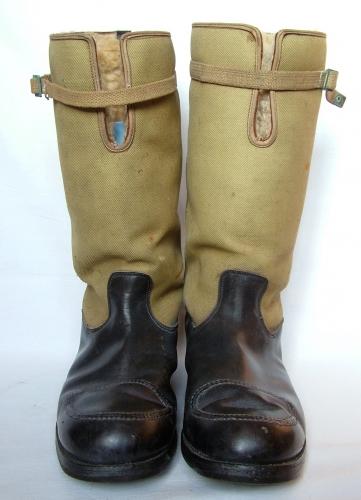 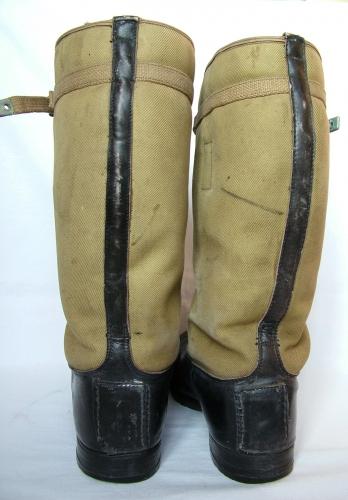 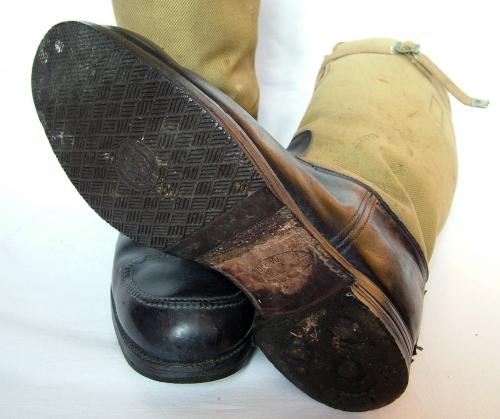 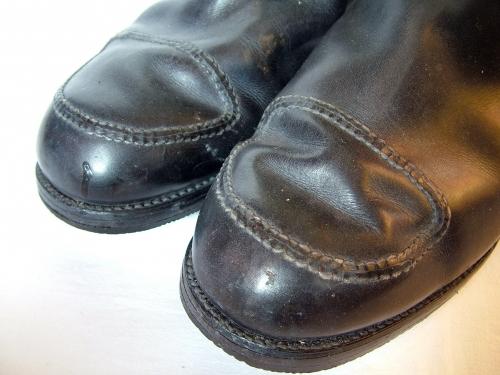 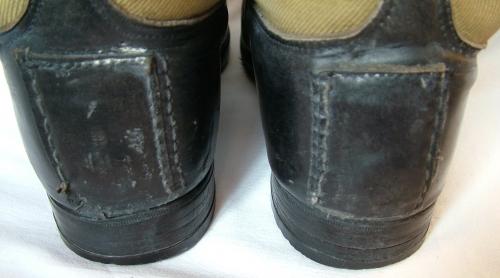 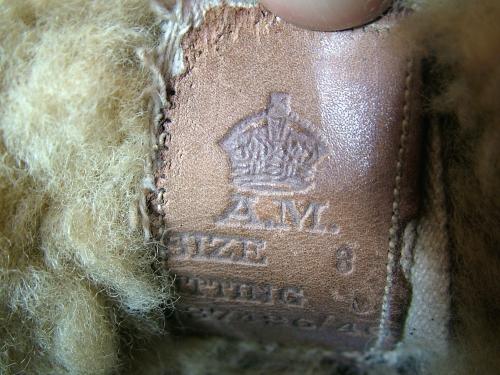 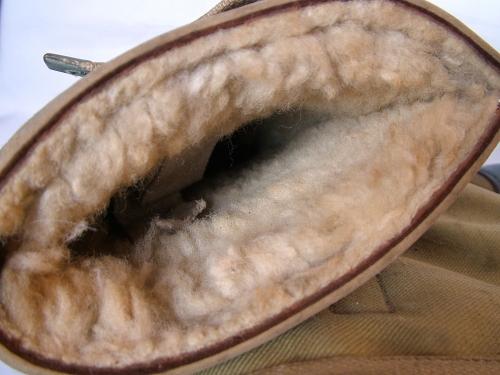 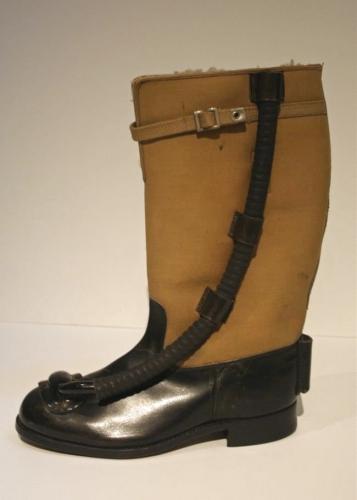 Stores Ref. 22c/228. Size 8. Classic Battle of Britain boots identical in pattern to the earlier 1936 pattern but with vulcanized canvas uppers. This pair were originally manufactured as as modified 'Exhaust Heated Flying Boots' that would have had flexible pipes stitched to the sides and entering the boot at the toe.  Warm air from around the aircraft engines being piped to the various crew positions and then into the boots. Photographic evidence shows identical modifications to some 1939 pattern boots (complete with exhaust inlet pipe see photo no.10) and closer inspection of our boots reveals tell-tale stitch marks where the inlet 'pipe' would have been fastened.  This pair have since been 'de-modified' with the removal of the inlet pipe - the holes being filled with a superbly applied stitched 'patch' on the toe.  A similar patch is positioned on the heel of each boot.  Presumably the trials for this heating system were deemed to be unsuccesful and the design was permanetly shelved.

The leather shoe section of the boots is in very good condition with only minor wear and tear. The canvas uppers are in good overall condition and quite clean but they do have some of the usual abrasion/wear marks. This pair is fitted with the canvas type top strap rather than the black leather version. These are in good condition other than some verdigris deposits on the buckles. The boot linings appear to be good with only minor moulting/fur loss. The soles have been replaced at some stage but the heel plates look to be original. Complete with the original leather puller tags - both with Air Ministry markings and 1940 date code. (The one in the left boot is hanging loose from the fabric backing). A good pair of previously unknown modified boots. As these are no longer 'standard' 1939 pattern boots we have adjusted the price accordingly. Stock code B18556.