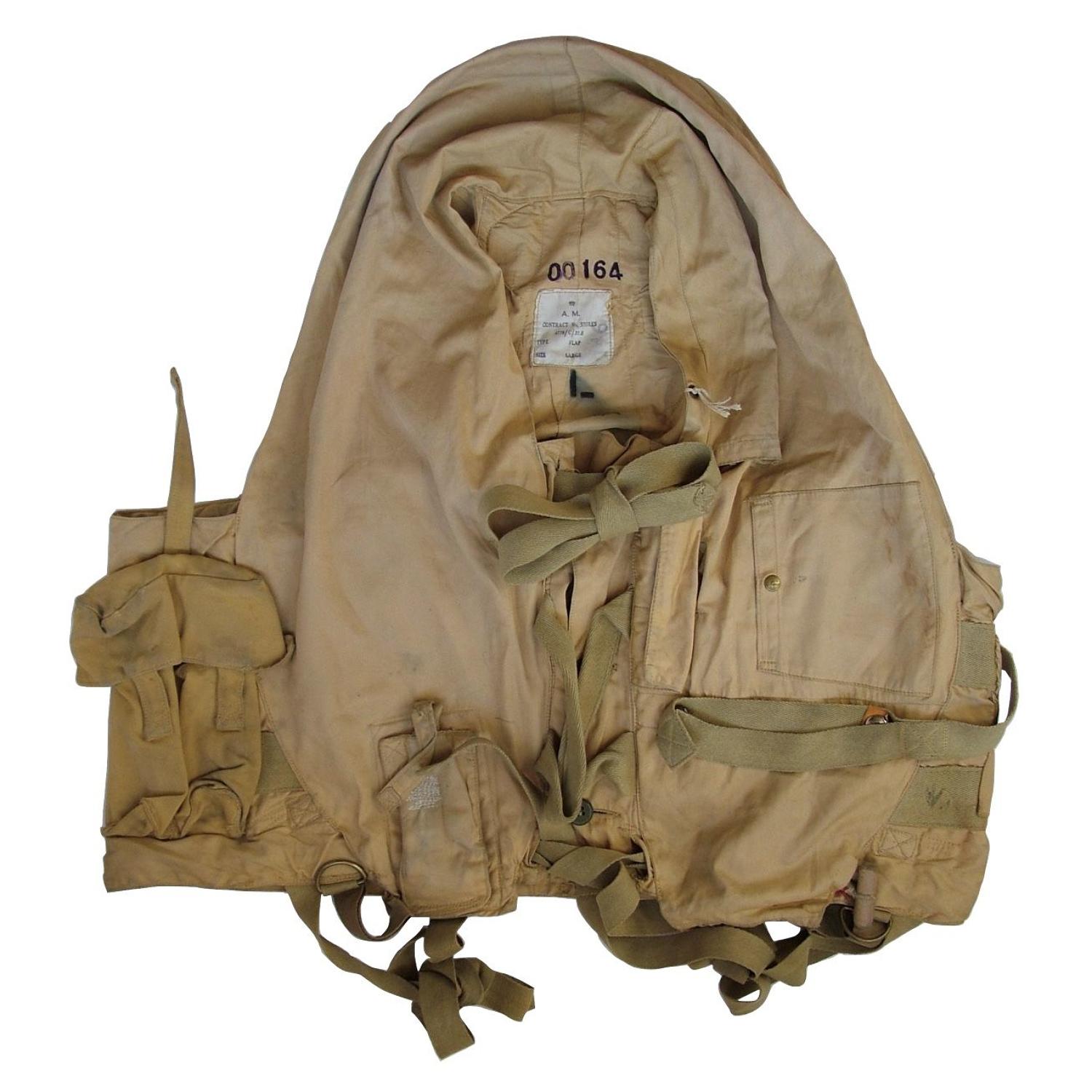 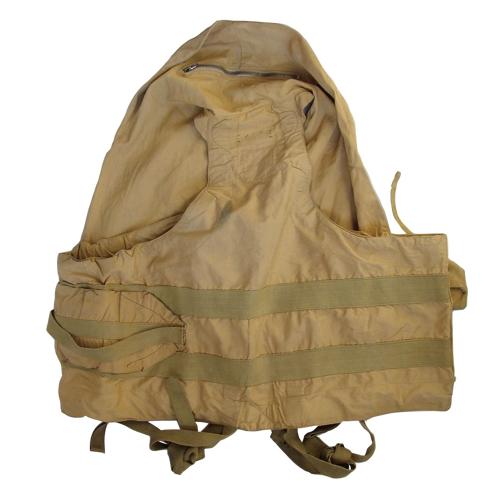 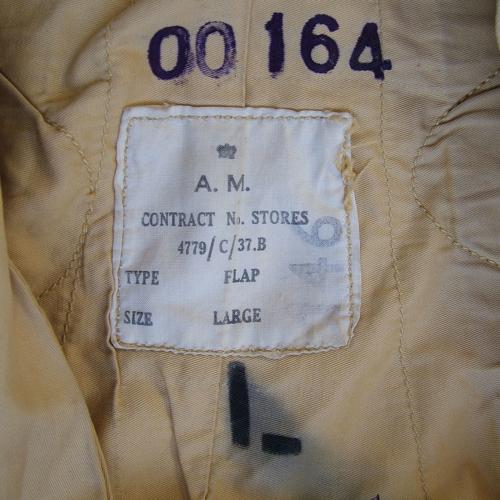 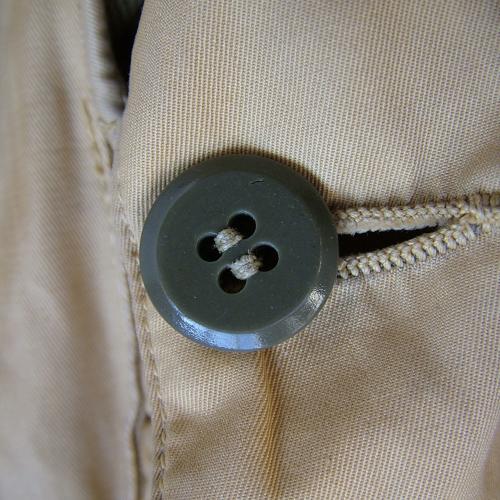 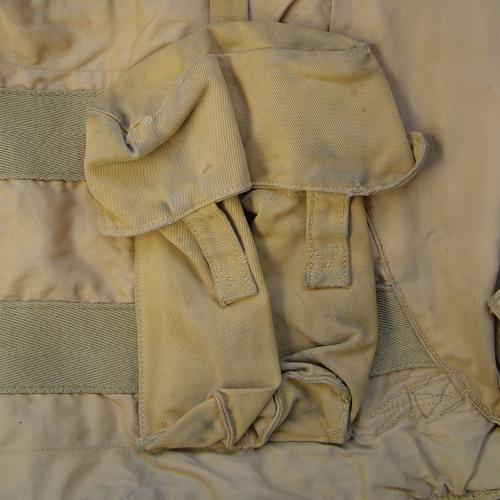 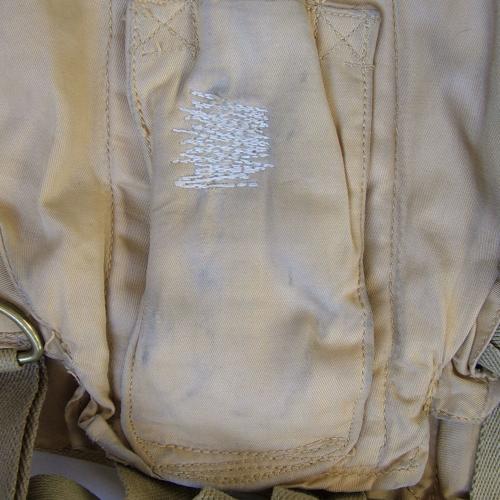 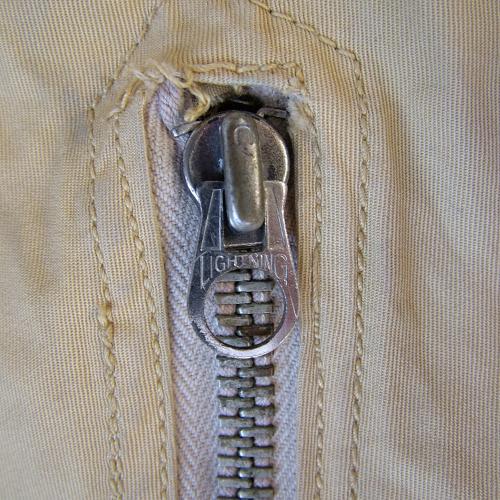 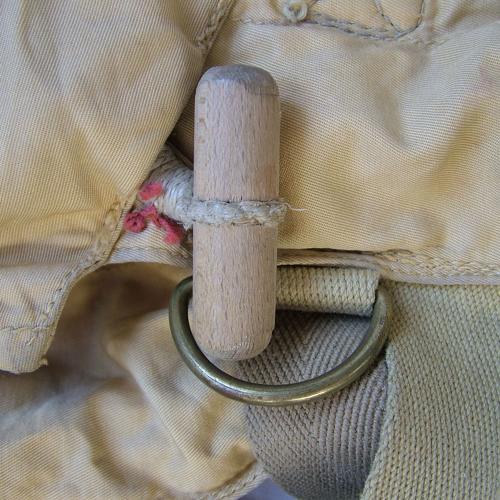 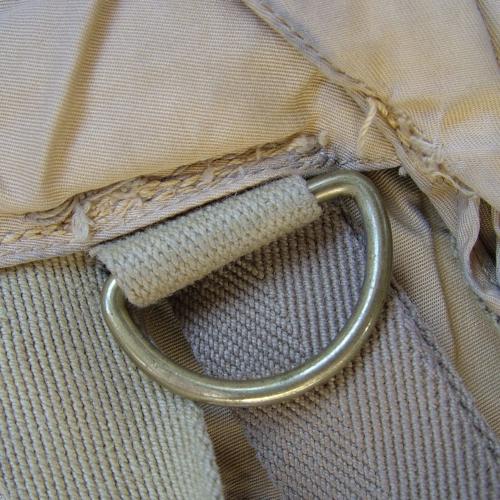 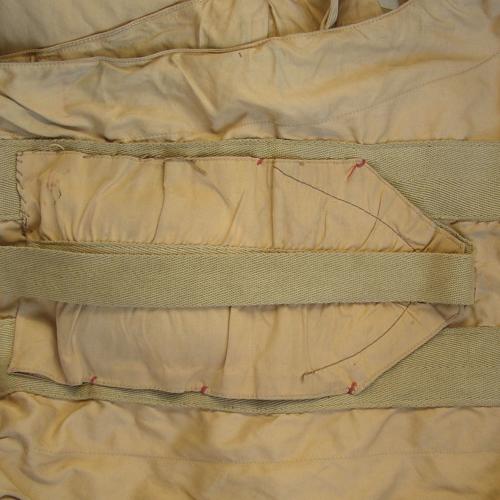 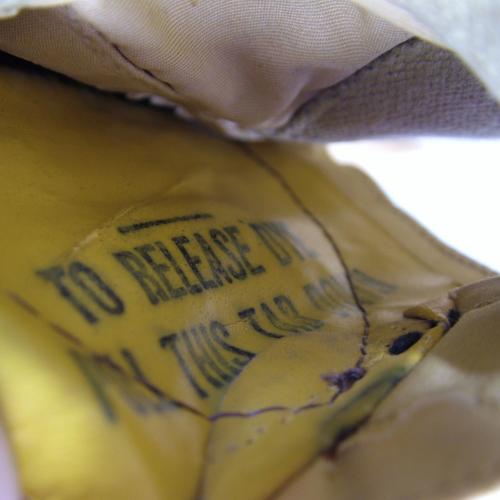 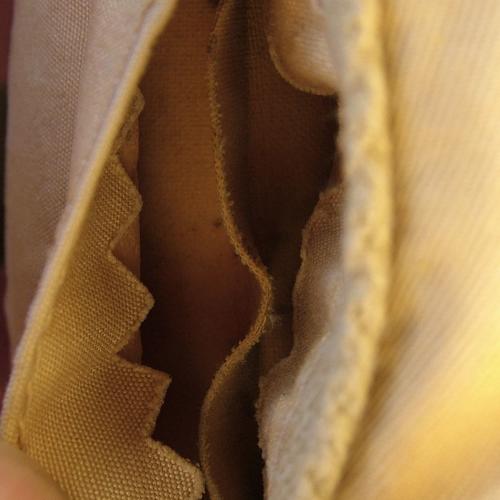 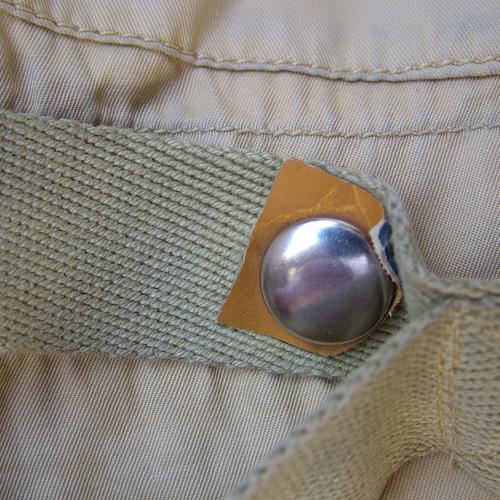 'Life-saving Waistcoat, Stole Inflated'.  Stores reference 22c/448.  Size large.  The cloth is a bit faded but quite clean and in very good undamaged condition bar a darned repair on the inflaton lever flap.  The Mae West has both grab handles, all tying tapes/leg straps and original buttons, inflation lever pocket, flotation lamp pocket, skull cap/heliograph pocket and lifeline and toggle.  It also has the fluorescene flap and strap and very unusually, still has the dye pack fitted within.  Interestingly this appears to be the same as those used by the USAAF on their lifevests and is manufactued in a type of rubberized fabric.  It does appear original to the Mae West and is properly attached.  We have had several other 1941 patterns fitted with these.  Perhaps these examples were issued/worn by AAF crews flying with the 8th/9th AAF from the UK.  Excellent original  'Lightning' zip.  Air Ministry King's crown 'Flap Type'  label  but this Mae West was never manufactured as one and would have been produced soon after flap types were phased out and labels were simply being used up.   A very good used example.  Stock code MW21342.