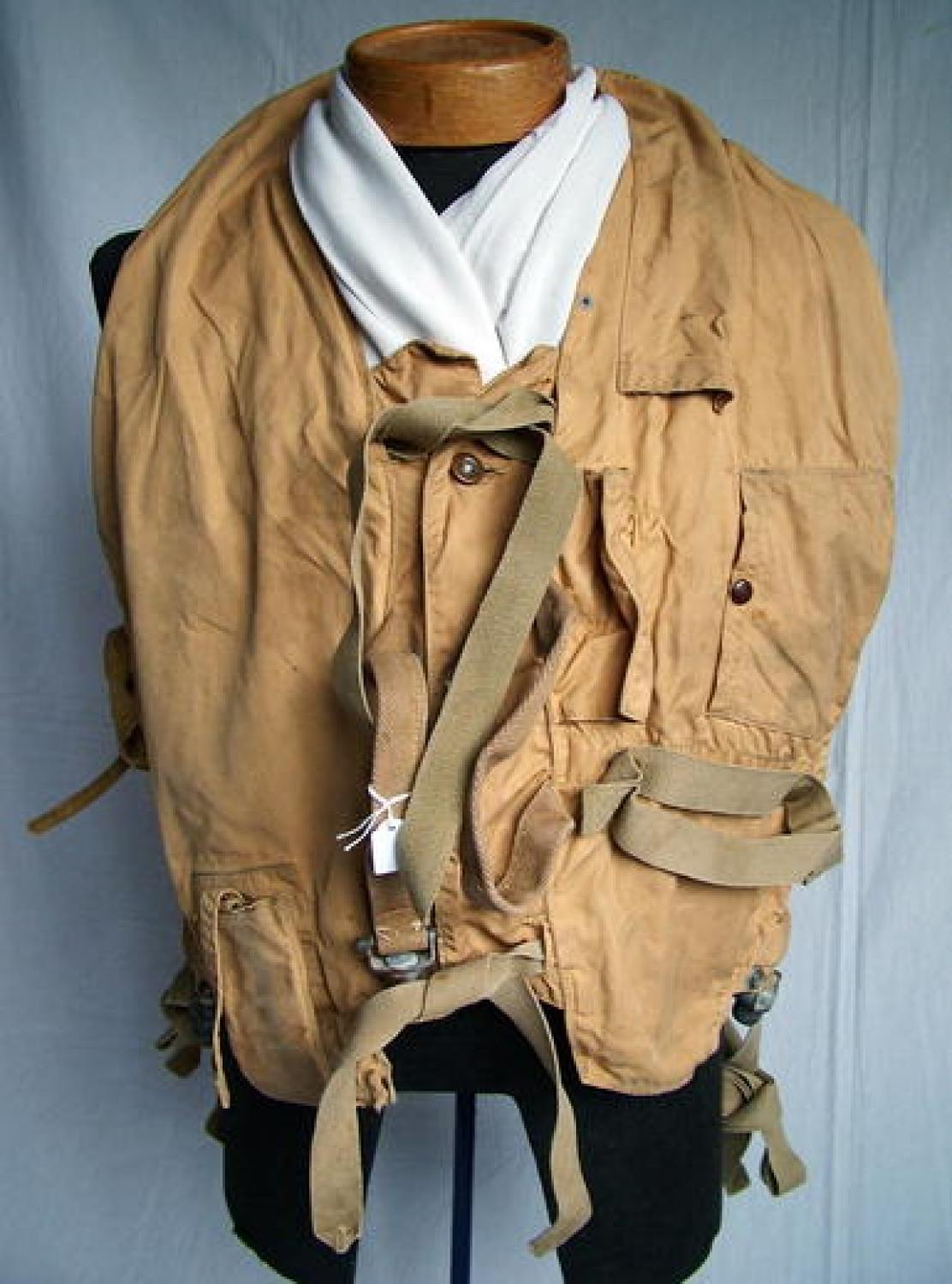 Stores ref. 22c/447/8. Originally manufactured as one of the incredibly rare 'Flap-Types' but sadly modified with the removal of the flap. Remnants of the flap can just be seen where it was attached to the back of the mae-west and it also has the tell-tale press studs on either side of the waist to which the flap was fastened. The cloth is in very good overall condition although it is a bit soiled in places. The mae-west retains all the leg straps, grab handles, tying tapes, two of the early brass buttons, inflation lever flap, skull cap/heliograph pocket, flotation lamp pocket and fluorescene flap and strap. Appears never to have been fitted with the lifeline and toggle. Good original D-O-T marked zip. It is also fitted with three dinghy lanyard connectors (some surface corrosion). The label is missing. Named on the rear to G. Speechley and bought directly from his son. Speechely was actually in the Royal Navy in WW2 but his brother who was in the RAF procured this for him as they thought them to be superior to the Naval issue life-jackets. I would imagine the flap may well have been removed immediately as it would soon have become snagged on parts of a ship. A good '+' example. Stock code MW15410.