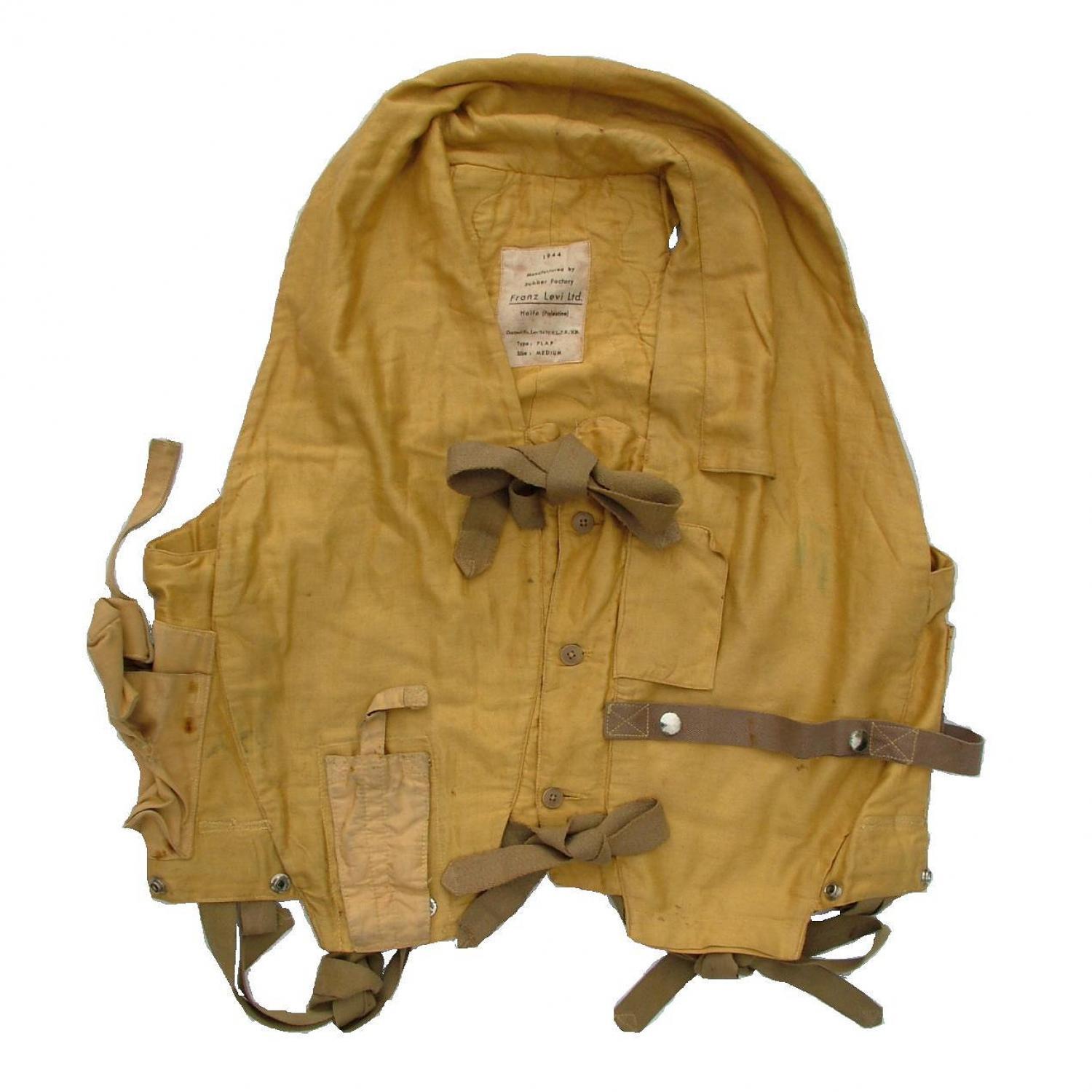 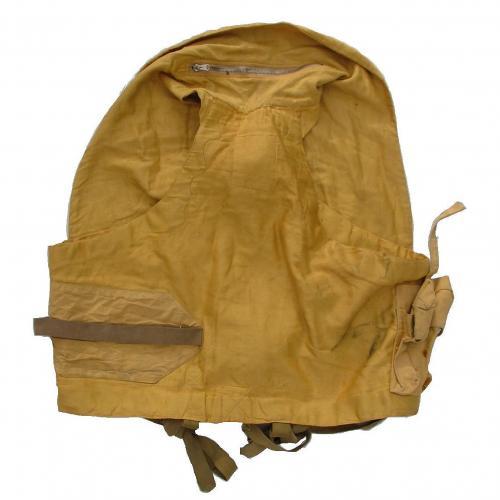 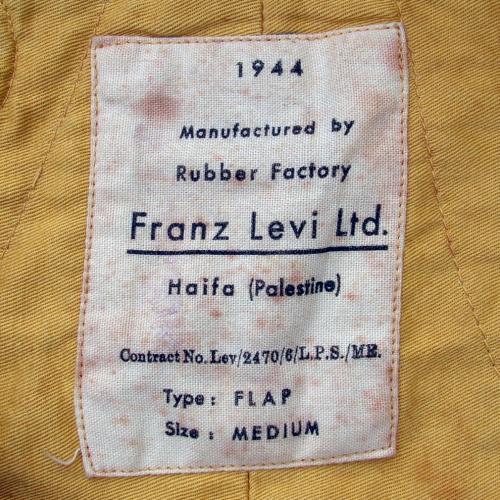 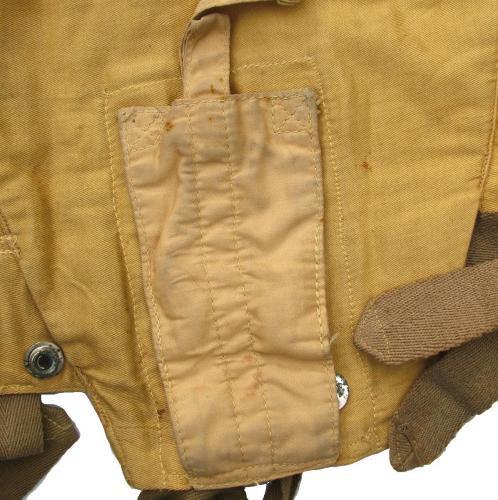 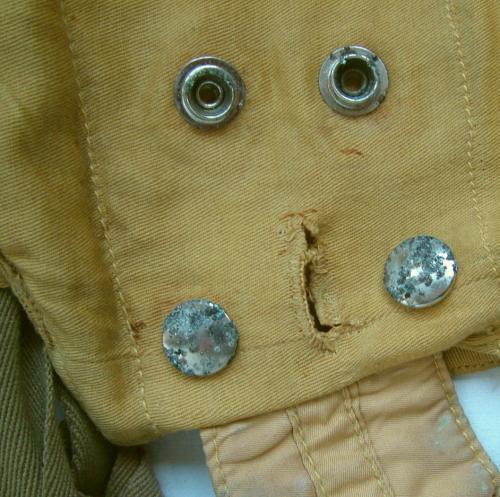 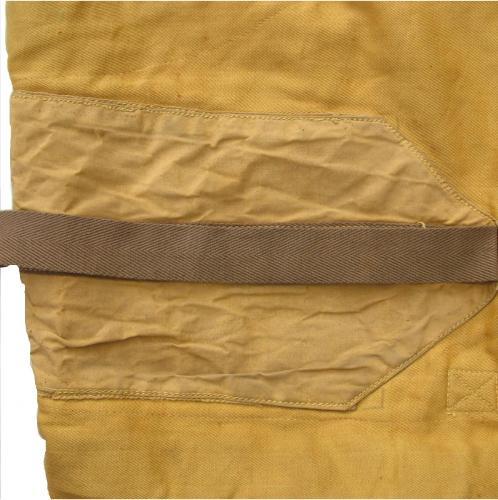 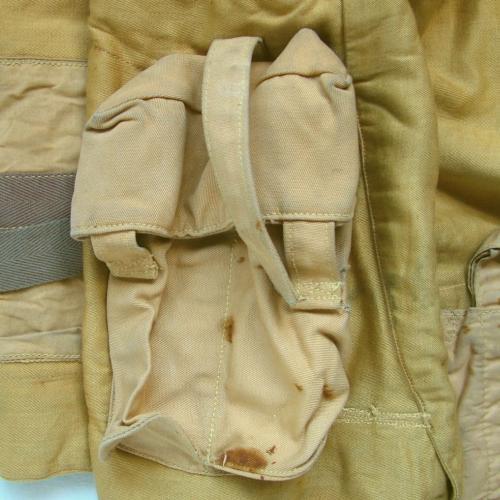 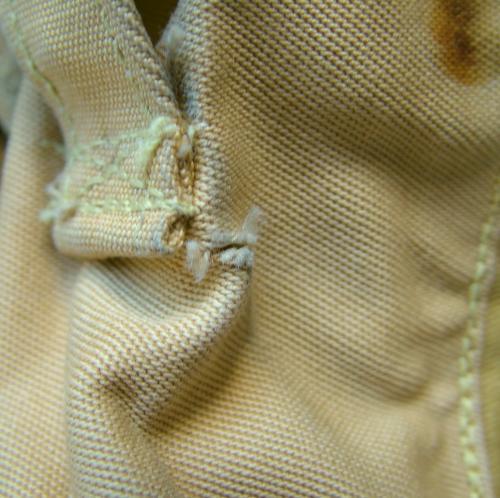 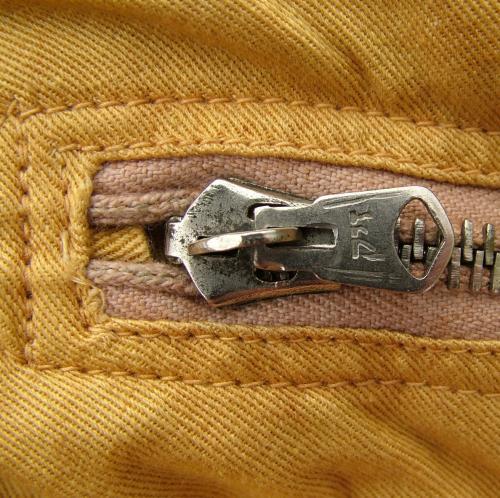 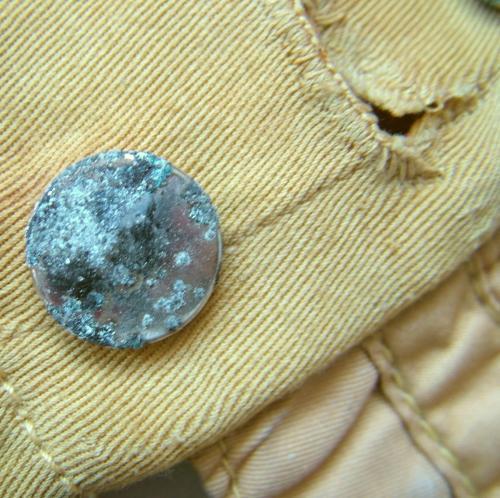 'Waistcoat, Life-saving, Stole Inflated, Flap Type'.  Stores ref. 22c/445. Size medium. Manufactured by Franz Levi Ltd. of Haifa (Palestine) under contract from the Air Ministry. Originally manufactured as one of the incredibly rare 'Flap-Types' but sadly modified with the removal of the flap. Remnants of the flap can just be seen where it was attached to the back of the mae-west and it also has the tell-tale press studs on either side of the waist to which the flap was fastened. This Palestinian example is made from a soft cloth woven from a thicker cotton/silk mix thread in a more open weave cloth than the normal 1941 pattern. The cloth is in very good overall condition and generally quite clean. Some of the press studs have verdigris deposits and a couple behind the inflation lever have been replaced and the cloth reinforced from behind (see photo). The mae-west retains leg straps, tying tapes, buttons, inflation lever flap (in 'normal' cloth), flotation lamp pocket and fluorescine flap and strap. This example never had grab handles, a skull cap/heliograph pocket or lifeline and toggle fitted. Good original zip. Lovely large label with clear 1944 date. I would imagine the flap may well have been removed immediately as it would soon have become snagged on parts of the aircraft. They had already proved to be dangerous to the airman in use as the flap tended to wrap around the head increasing the risk of drowning.  This is only the second Palestinian made example we've ever seen. An extremely rare variant of the 1941 pattern Mae West released from our collection due to an upgrade. Would be substantially more expensive had the flap remained in place. Stock code MW1635.