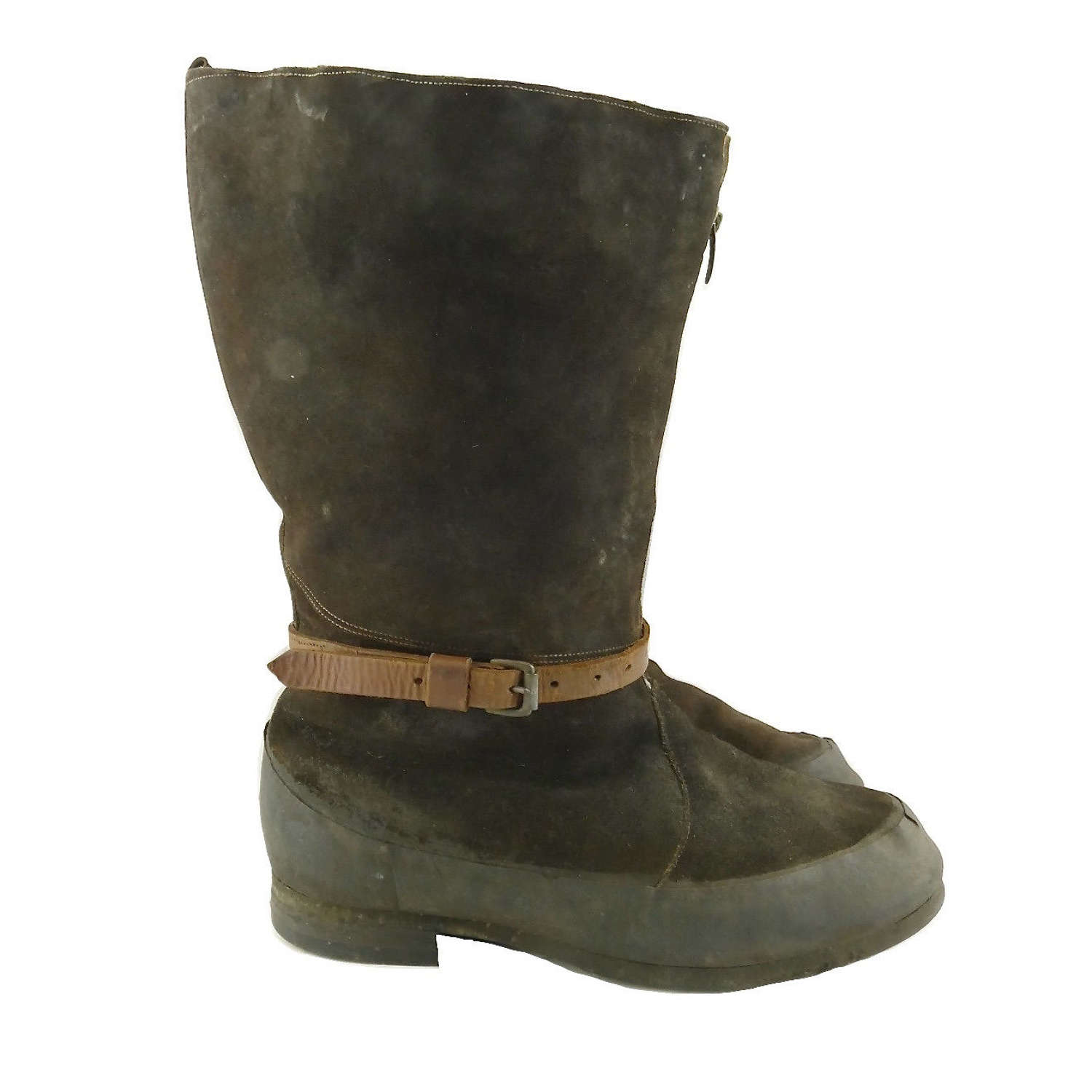 Stores reference 22c/753. Size 10.  The brown suede uppers are in good undamaged condition but are a bit dirty and rubbed with wear.  The rubber 'galosh' section is near complete and flexible on both boots.  The heel sections are quite rigid but this is normal and exactly as they were manufactured.  The Air Ministry marked 'Lightning' zips work but would benefit from lubrication.  Good original 'Itshide' soles/heels.  Both ankle straps and brass buckles are good.  The linings are a little soiled but generally very good and complete with insoles.  With stores reference, size and A.I.D stamps on the zip tongues.  A  reasonably good/good '+' pair of boots that belonged to Squadron Leader John Hardy Douglas DFC & bar.  He enlisted at Uxbridge in 1940, was commissioned in March 1941 and qualified as a pilot and Wellington captain in 1942.  Douglas was posted to the Middle East on ferry pilot duties and then to 38 Squadron, RAF Shallufa, Egypt, on Torpedo training and anti-submarine/shipping patrols.  Later in 1942 he flew Wellingtons with 38, 69 & 458 (RAAF) squadrons from Malta, Shallufa, Blida & Protville (Tunisia).  These were mainly anti-shipping operations and the bombing of Italian airfields and harbours.  On 1st August 1942 he took off from Protville for an anti-shipping patrol off the south coast of Sardinia.  At 0430hrs the crew spotted a stationary enemy destroyer just off the coast, 50km north of Cagliari.  Douglas decided to attack but aborted his first run and made a second approach from the coastline at a height of just 20' above the sea.  Unfortunately the aircraft struck the water - possibly catching a wing-tip or the bomb bay doors, and crashed killing the rear gunner, Sgt. Herb Kontzie (RCAF).  The rest of the crew were picked up from their survival dinghy and all became prisoners of war.  Douglas was held at various Italian camps before ending up in Stalag Luft III.  Liberated in May 1945 he worked with MI9, based in Holland before refresher flight training and a brief spell as a captain on Dakotas.  Douglas was demobbed in September 1947 and died in 2020.  He is mentioned in 'The Mediterranean Air War 1940-43 Vol3. Tunisia & The End of The African Campaign Nov.'42 -43' by Christopher Shores. Comes with some basic research and photocopy photographs showing him with his distinctive handlebar moustache.  One of two pairs we purchased directly from the family.  Stock code B24621. 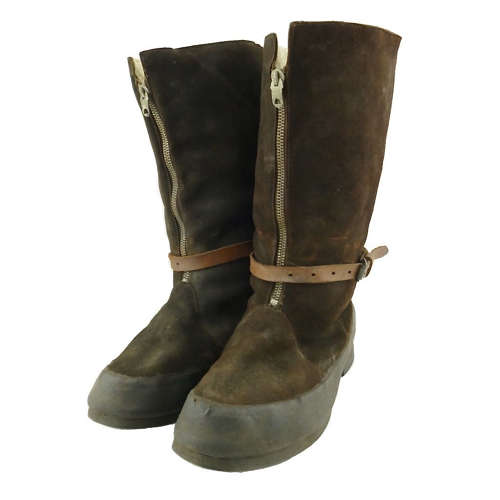 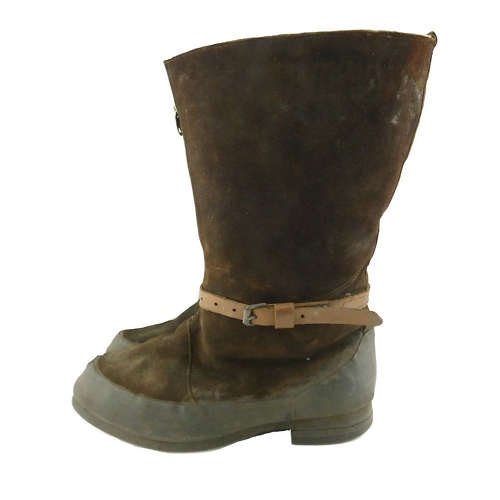 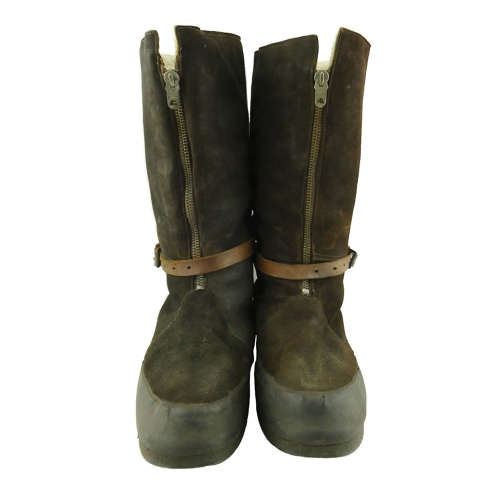 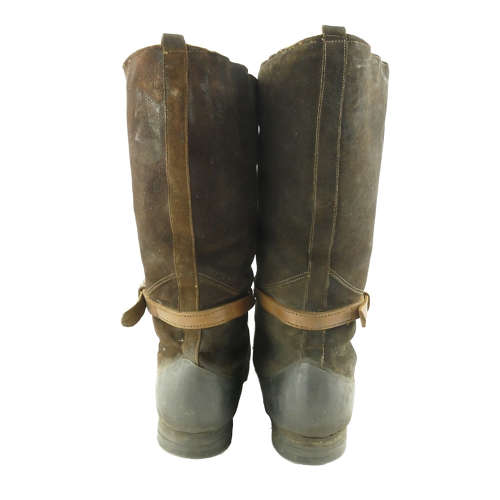 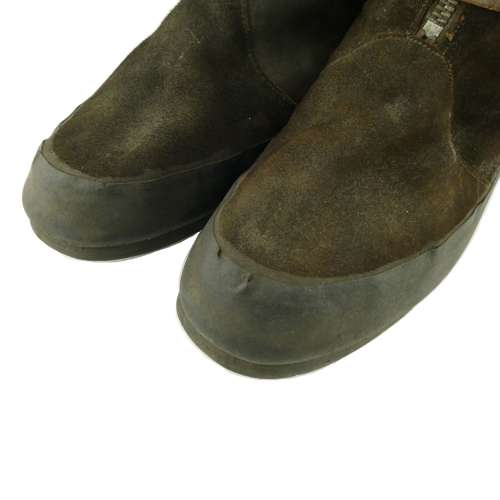 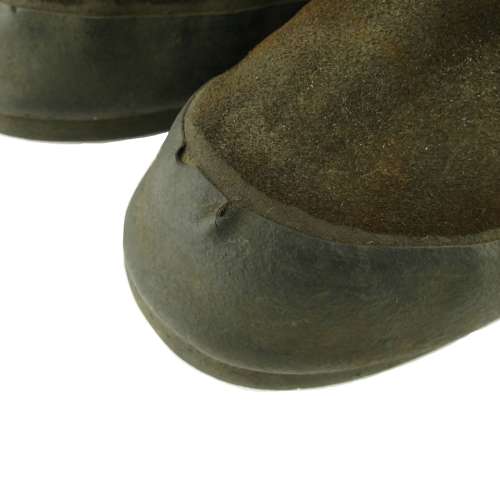 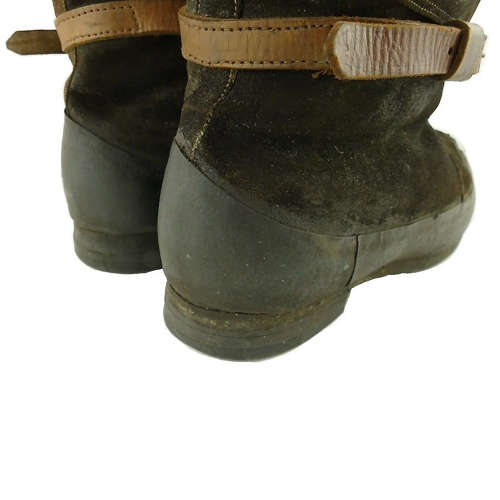 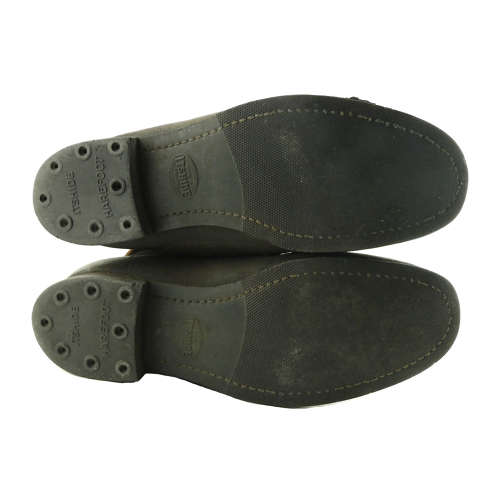 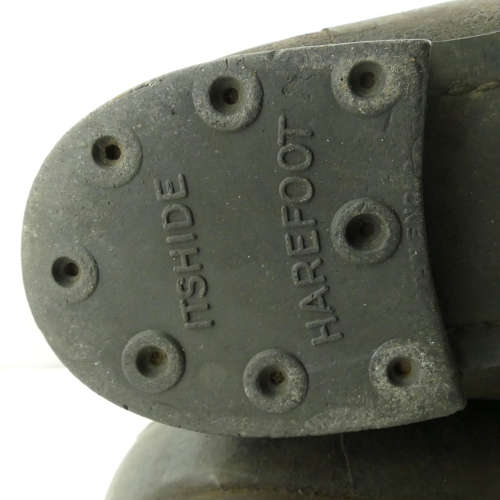 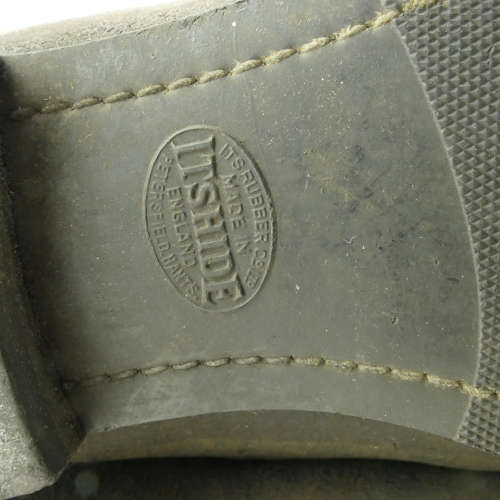 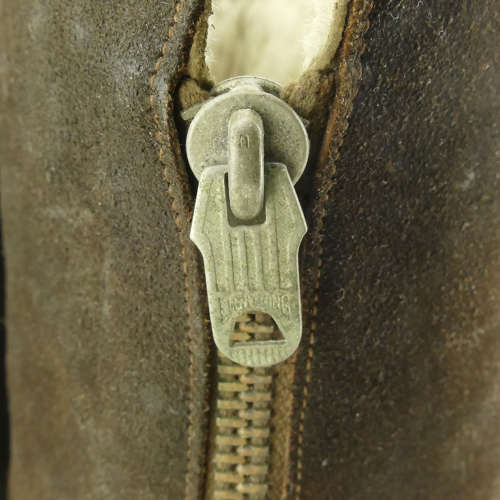 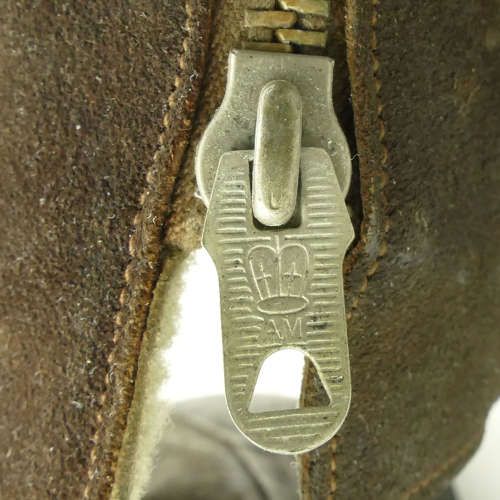 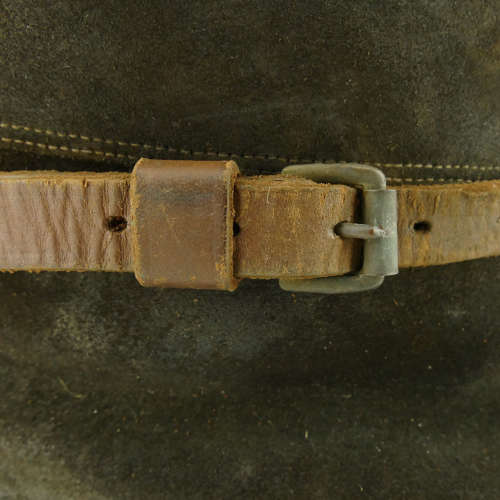 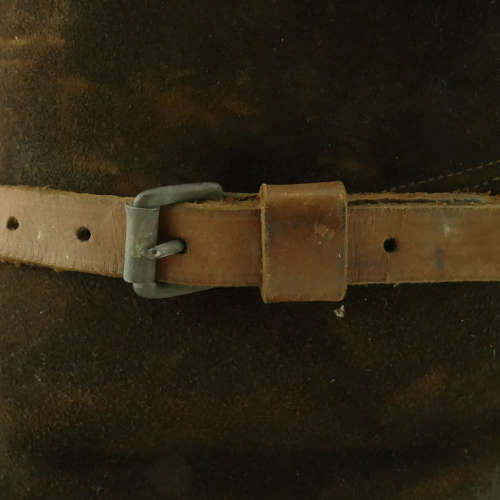 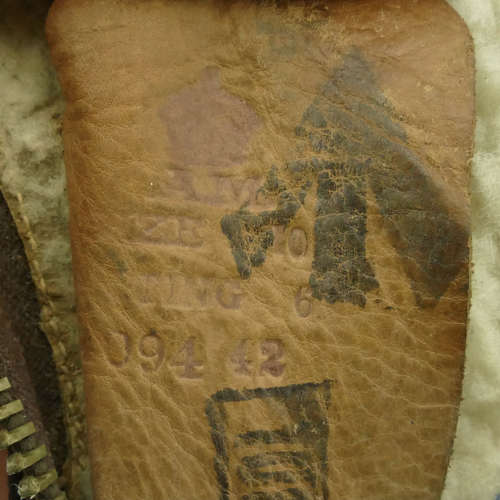 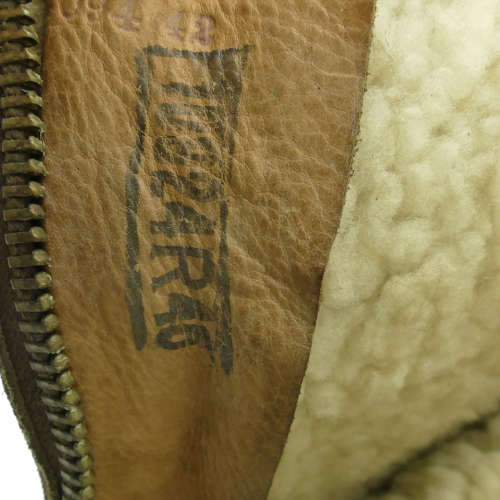 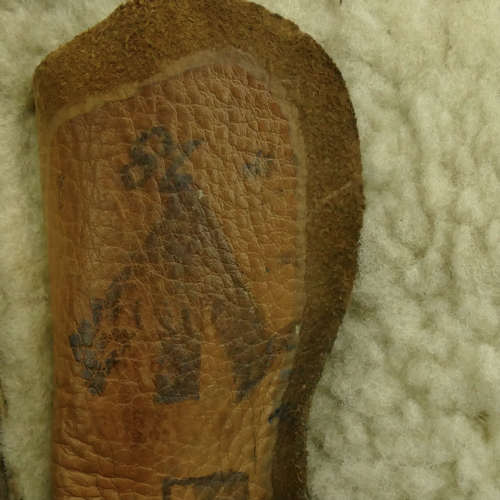 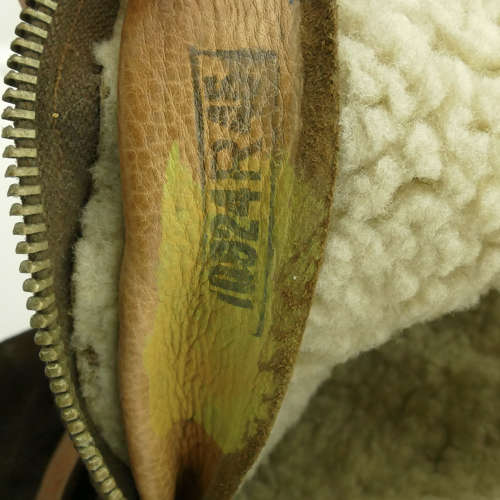 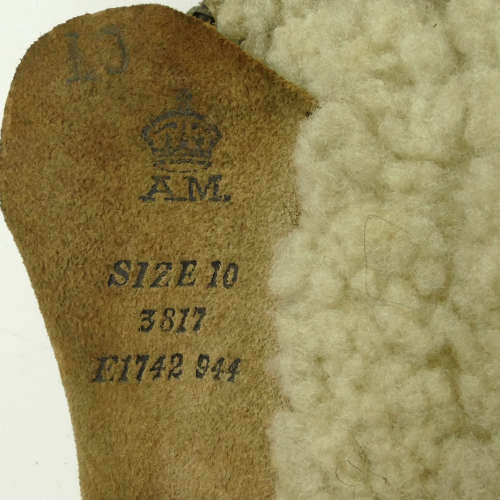