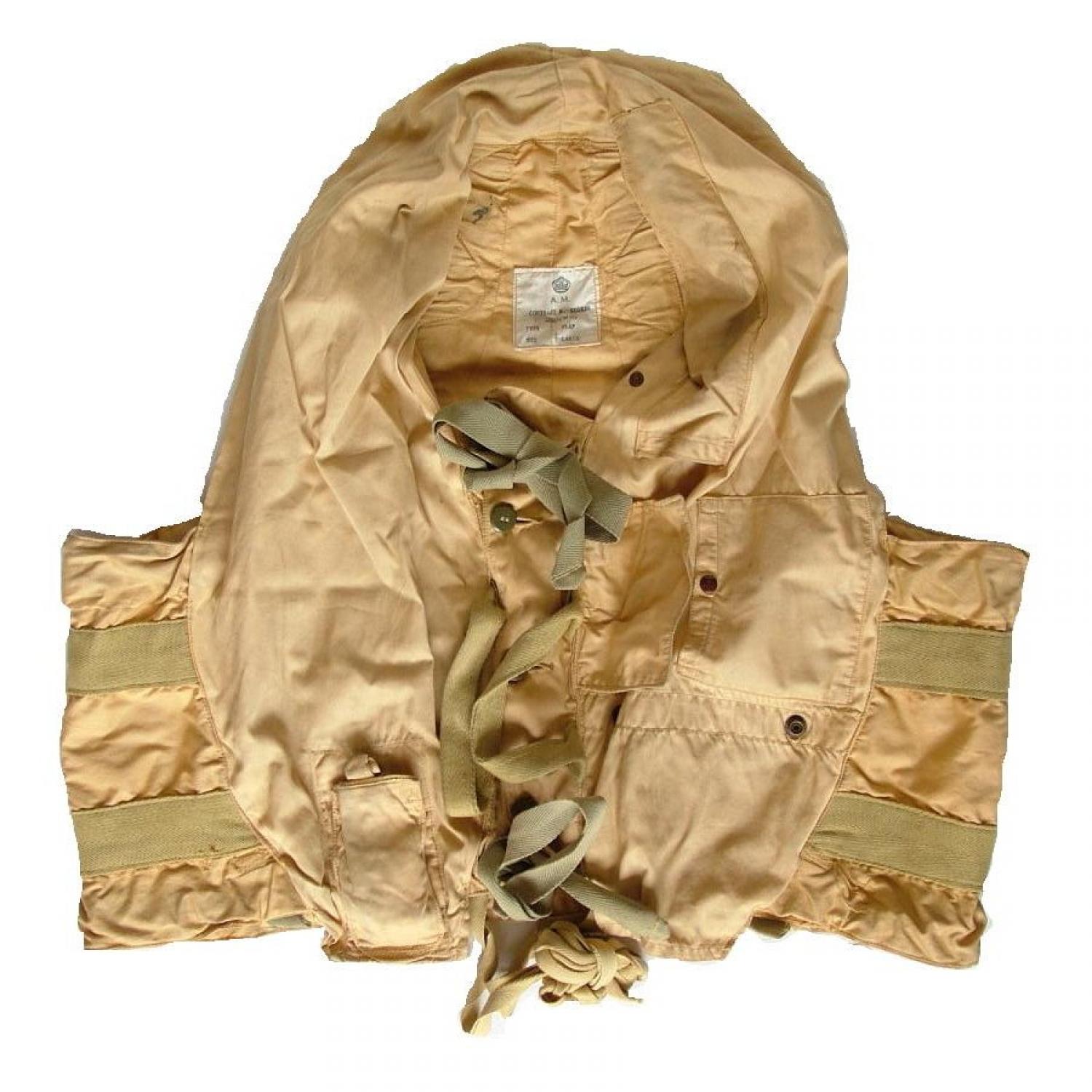 'Life-saving Waistcoat, Stole Inflated'.  Stores ref. 22c/448.  Size large. The cloth is in very good condition, retains quite strong colour and is generally clean bar some marks to the rear and an ink stain on the inside.  The Mae West has had the leg straps removed but two replacements are lightly tacked in place (could be improved easily).  It also lacks the flotation lamp pocket and fluorescene flap/strap but retains both grab handles, tying tapes, button and inflation lever flap. Good original Air Ministry marked zip.  Labelled with Air Ministry King's crown markings and as a 'Flap Type' although never had the flap fitted. This example will have been produced soon after use of the rear 'Flap' was abandoned but stocks of the labels were still available. It it is therefore of definite wartime manufacture.  It would benefit from some tidying but makes a good display piece and is priced accordingly.  Stock code MW20375. 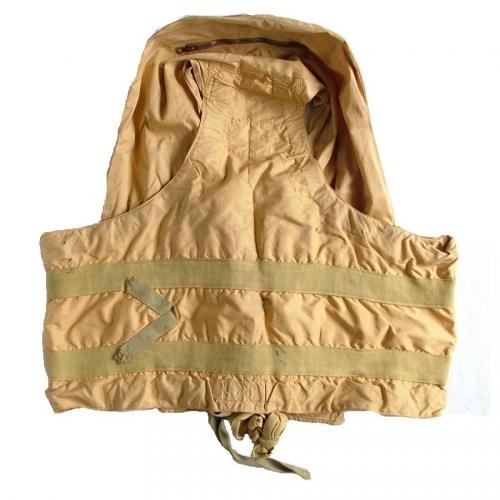 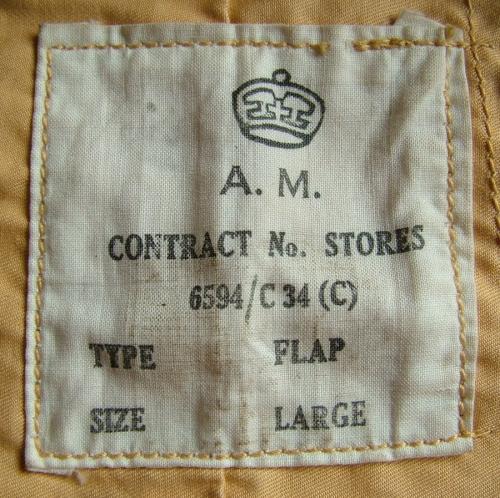 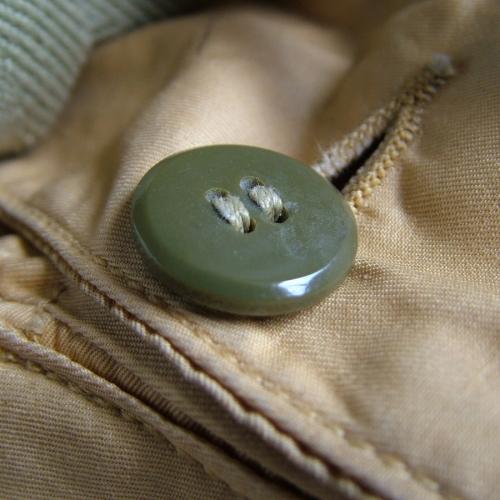 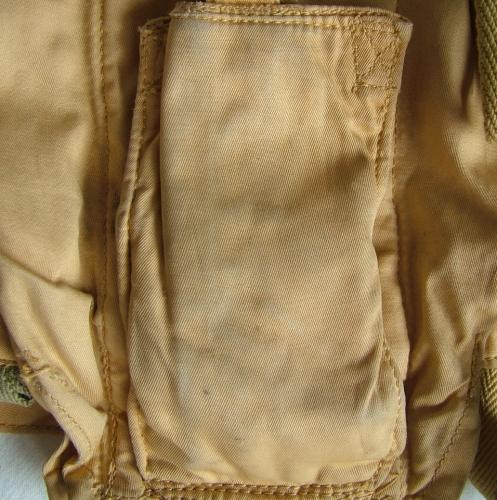 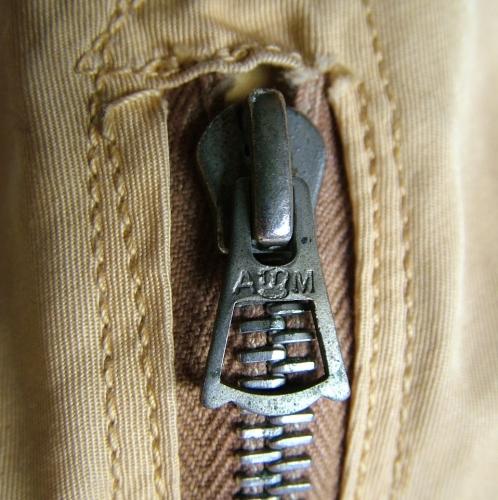 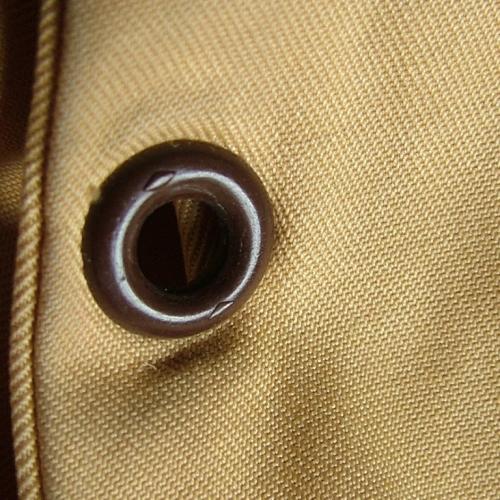 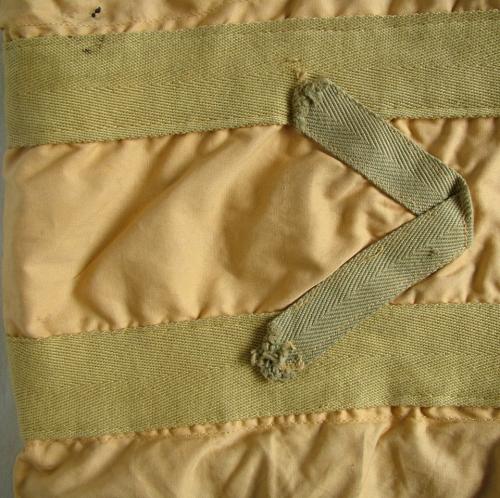 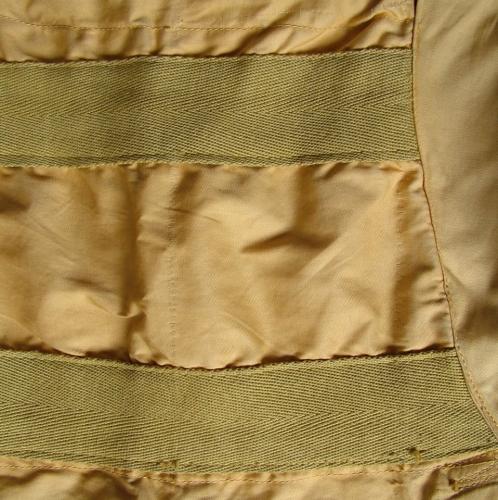 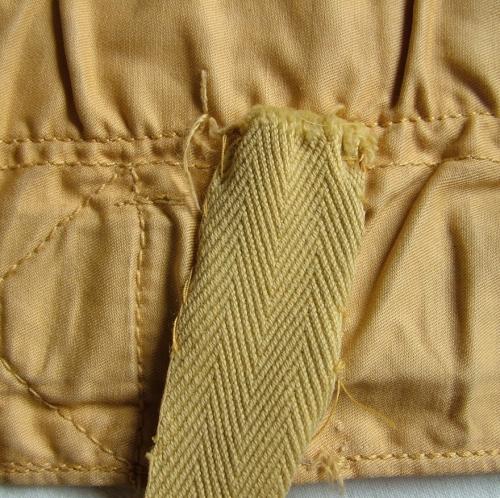 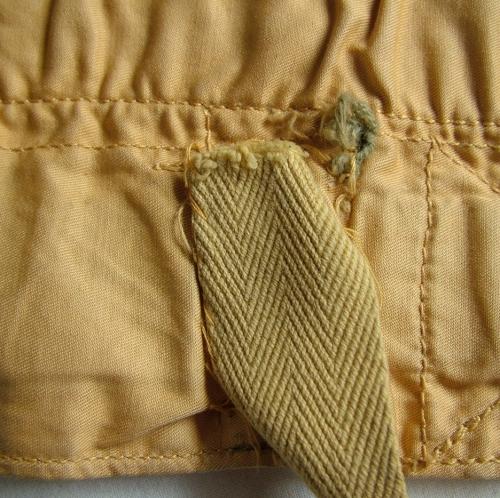 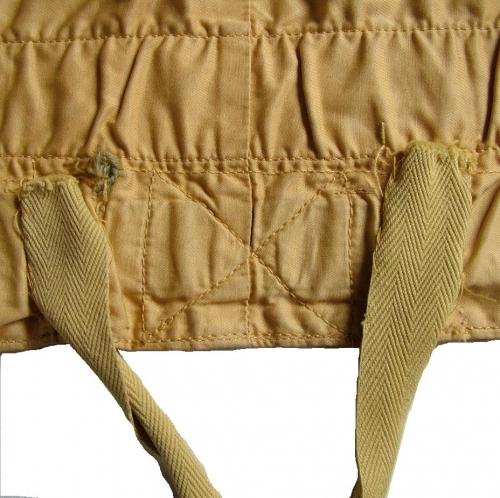 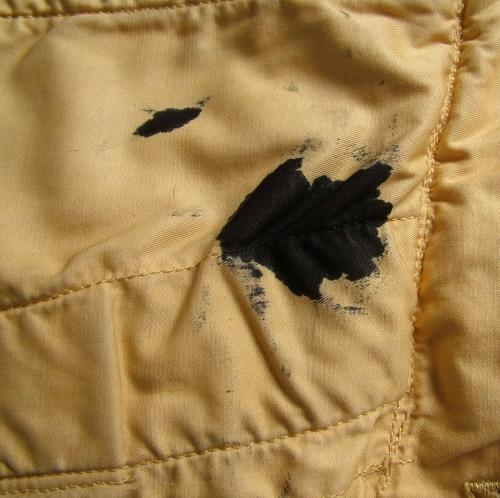