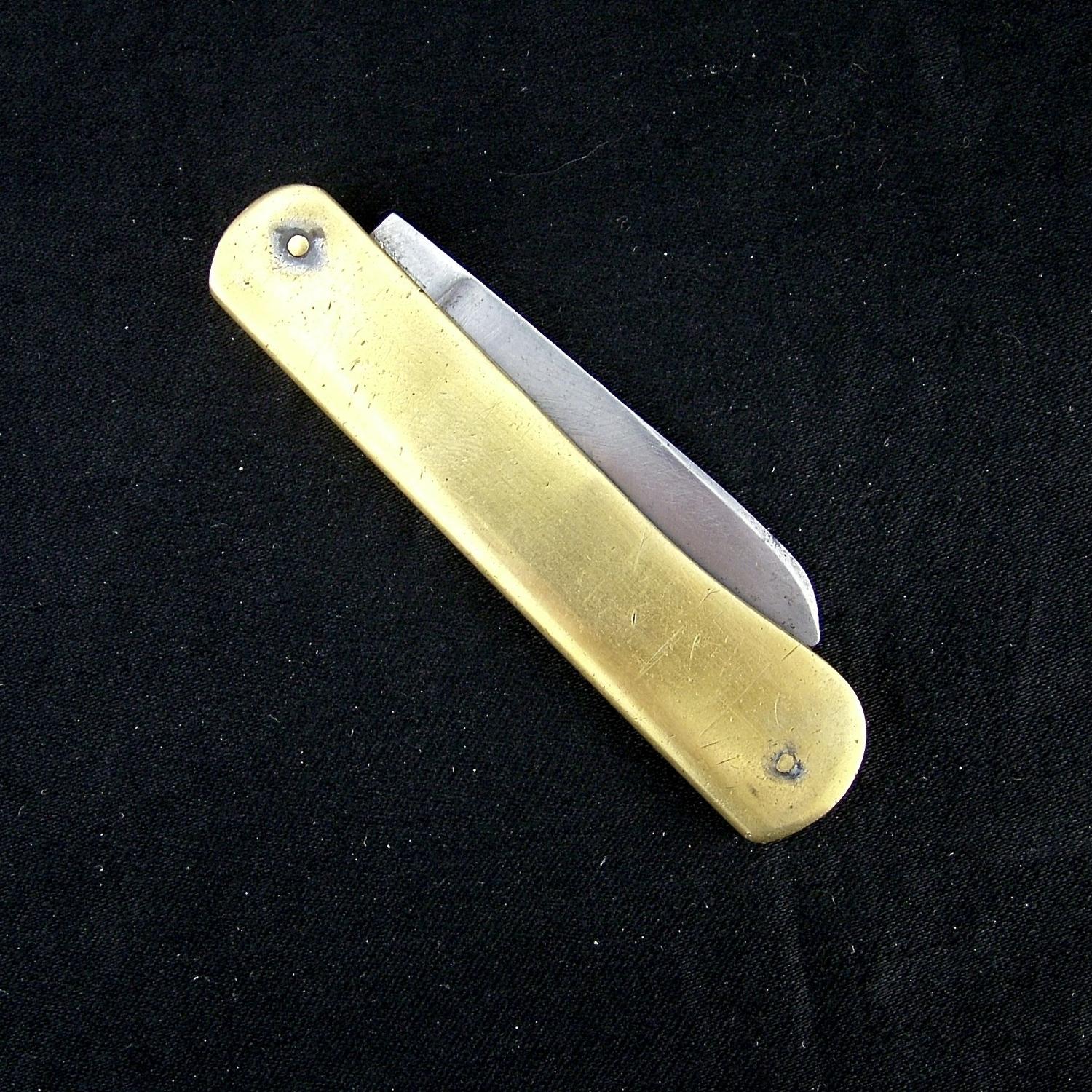 Stores reference 22P/11.  An original knife issued for use with the 1943 pattern 'escape' boots.  It is of basic design, manufactured using a folded metal body fitted with a single blade.  When inserted into a small pocket in the right boot it was ready for use by the airman in the event of him needing to evade capture.  It was a simple task to cut the shoe section of the boots away from the suede uppers leaving the wearer less conspicuous in enemy occupied Europe.  Two main variants of the knife were produced with different length blades.  This example is the larger type measuring approximately 5.5" (14cm) overall with a 2.5" (6cm) sheep's foot blade.  It is unusual in being manufactured from brass rather than the usual blued steel.  The blade is the correct length and has not been shortened or broken although there is some movement at the blade hinge.  A rare and sought after item.  Stock code B23345. 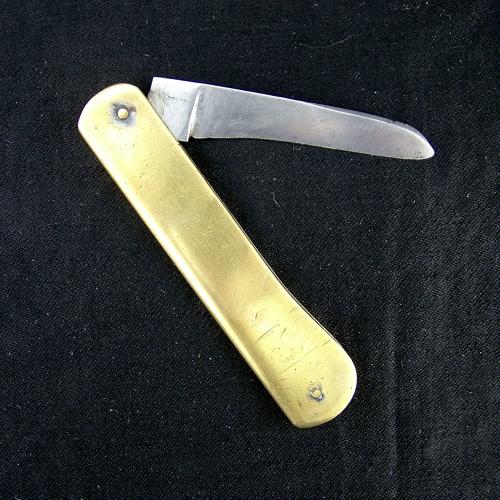 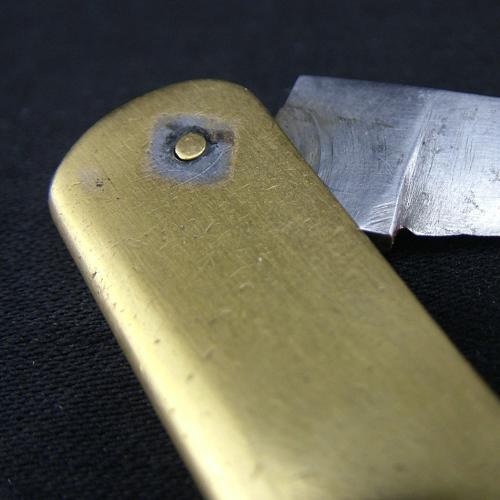 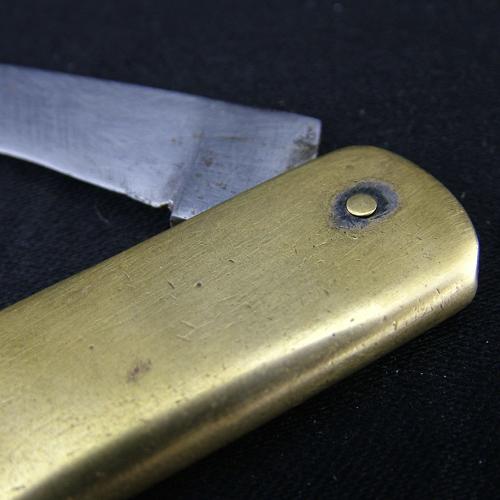 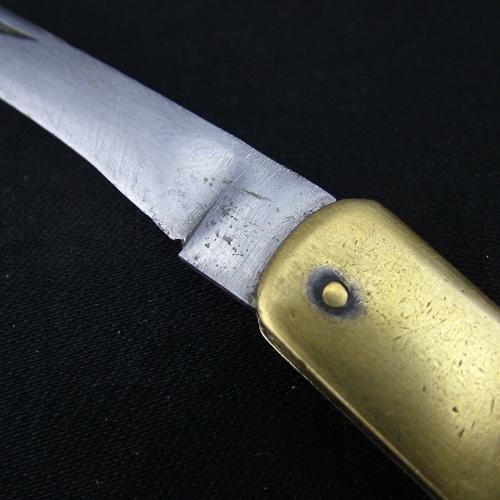 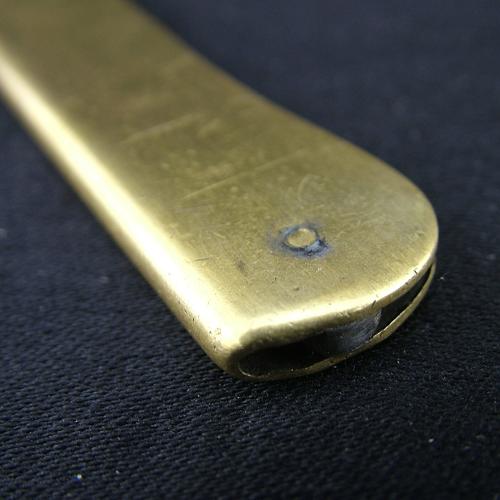 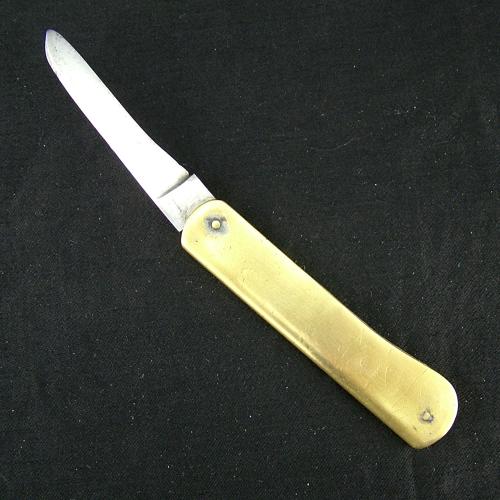