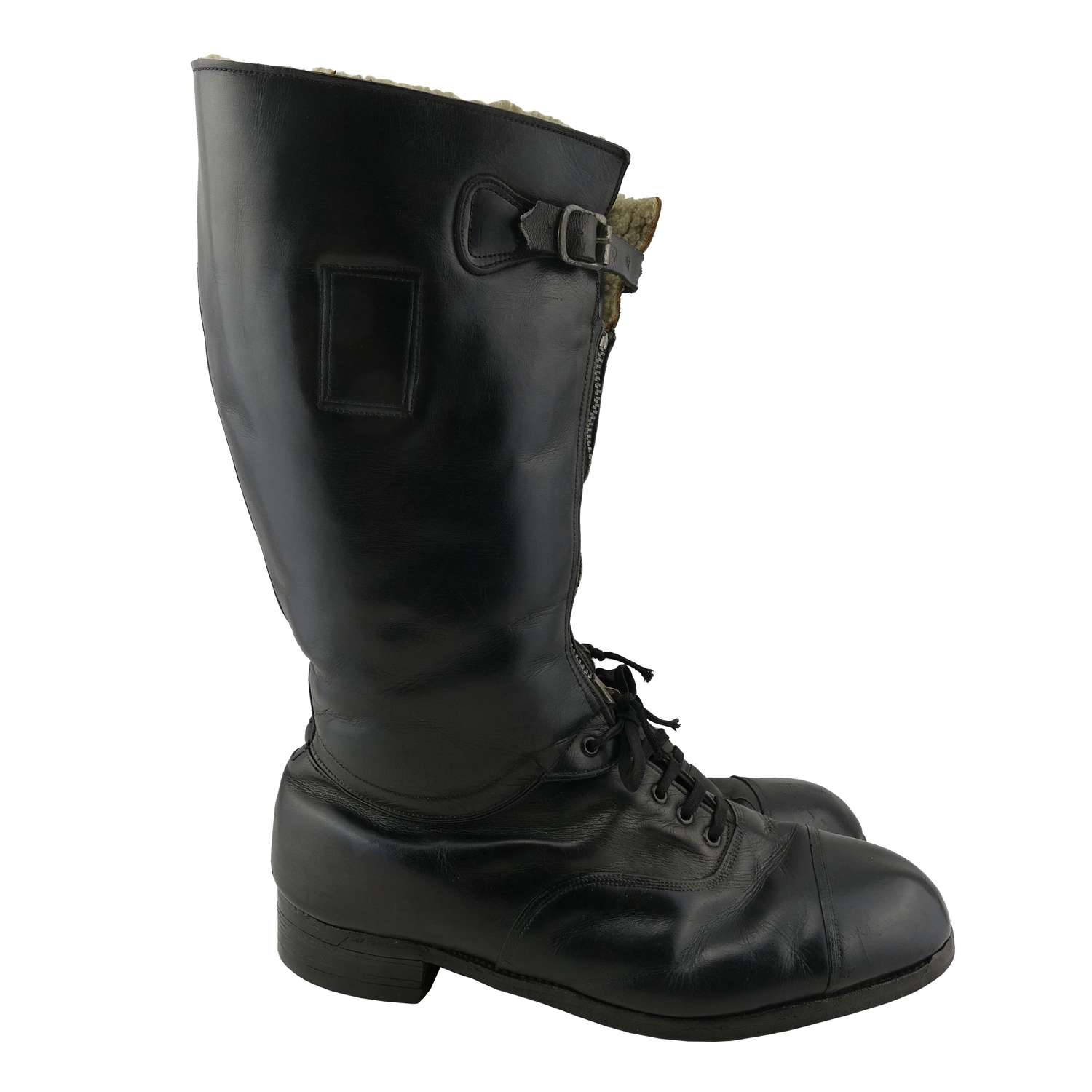 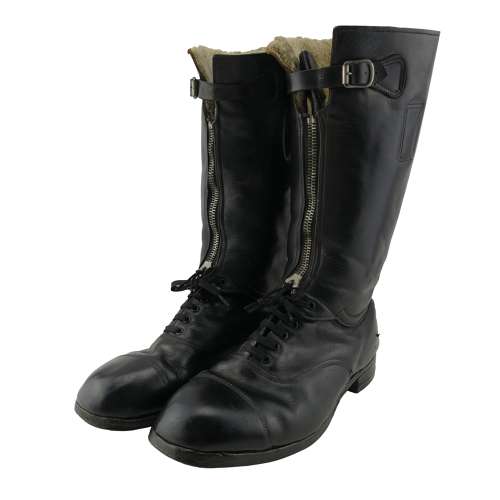 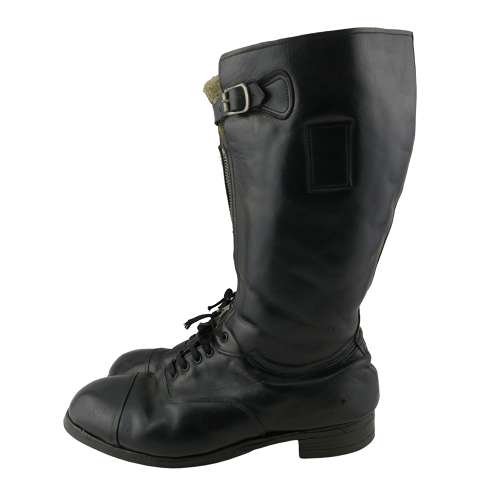 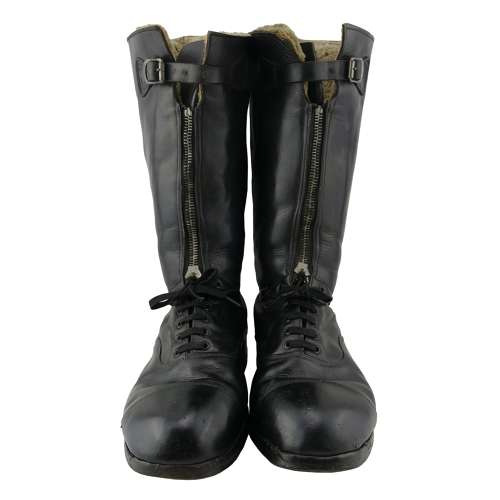 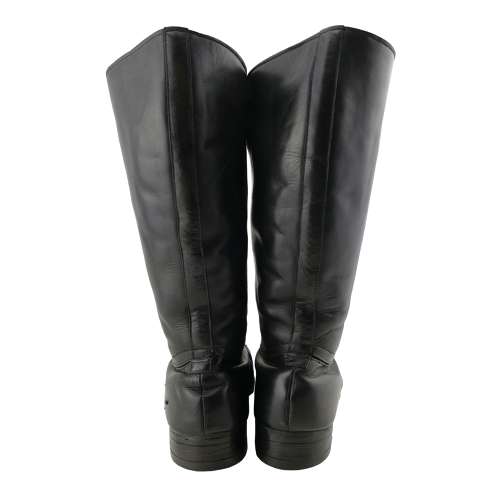 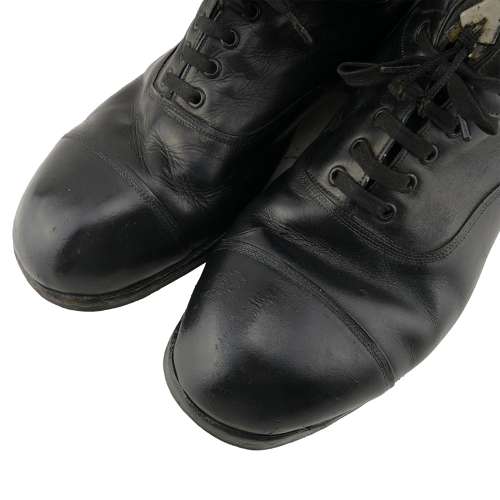 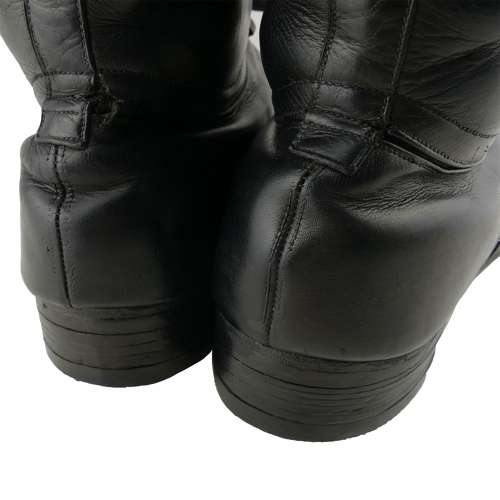 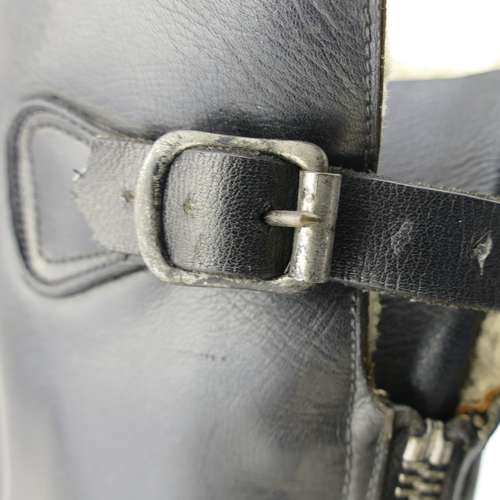 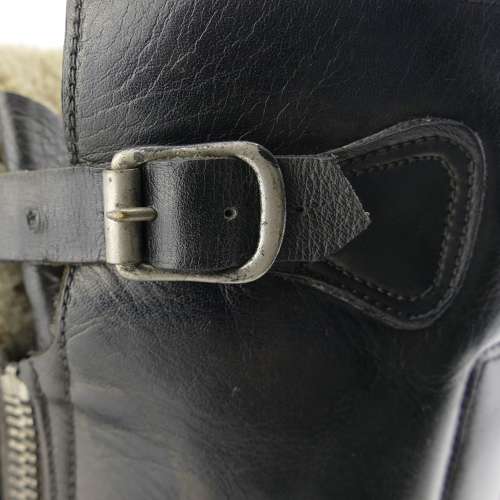 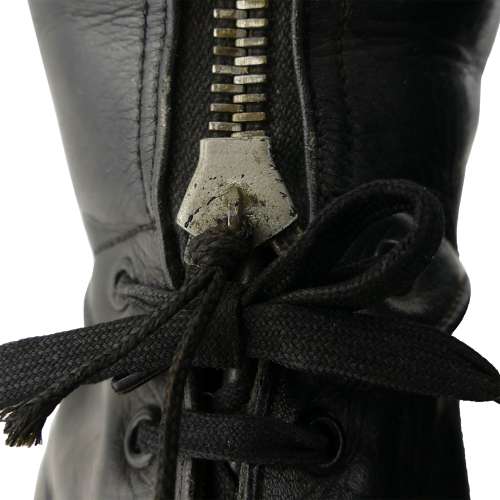 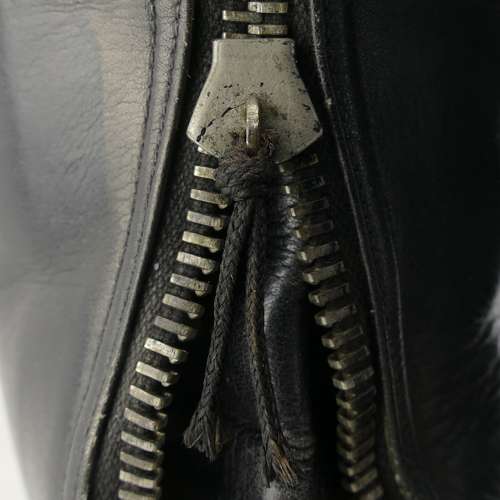 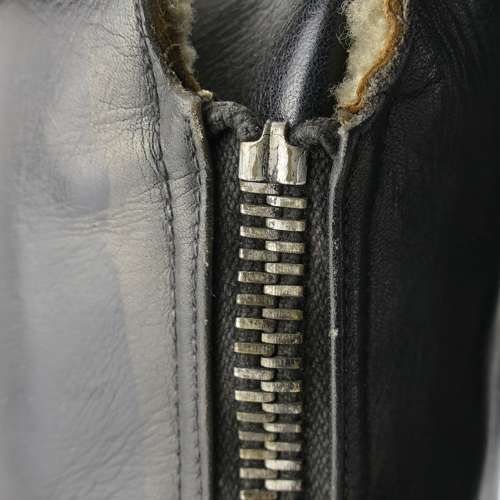 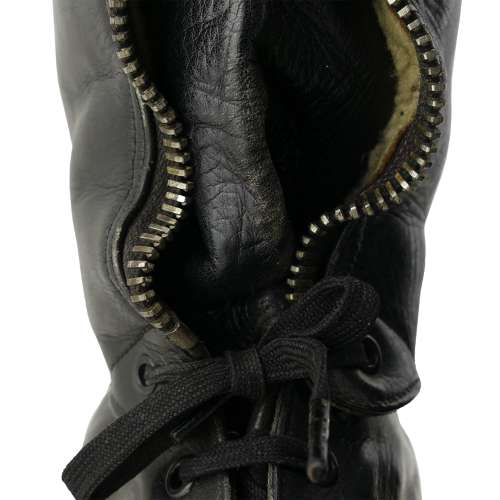 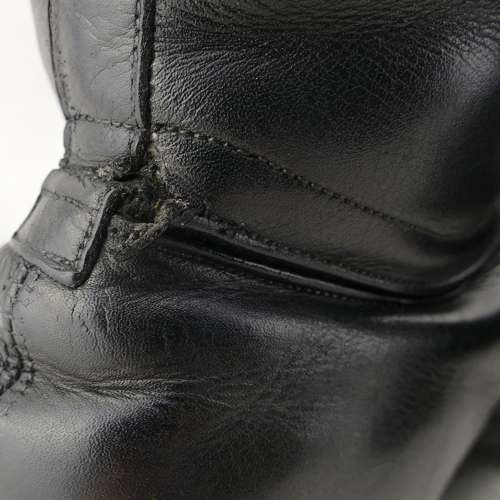 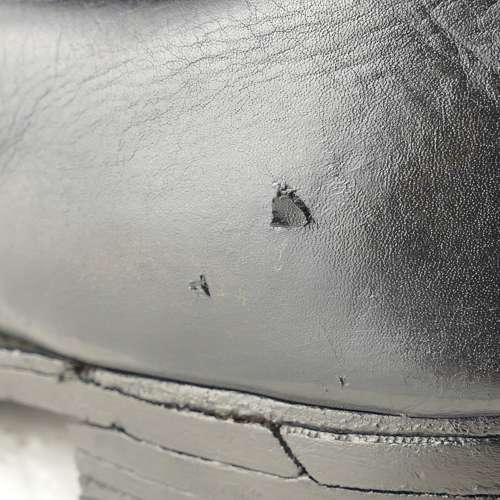 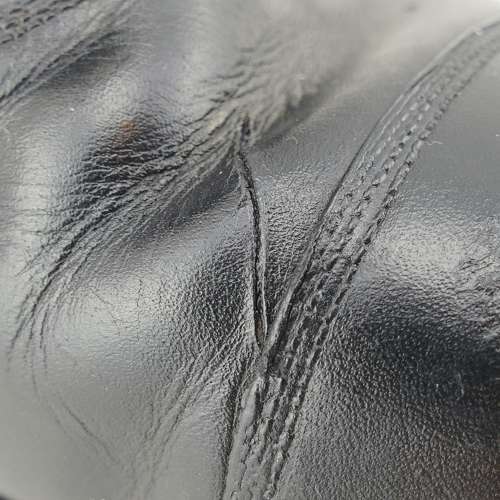 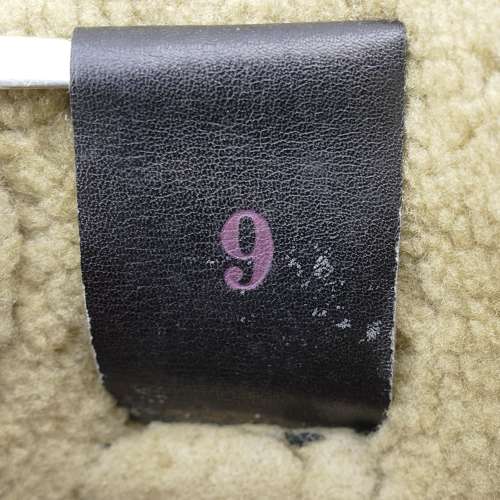 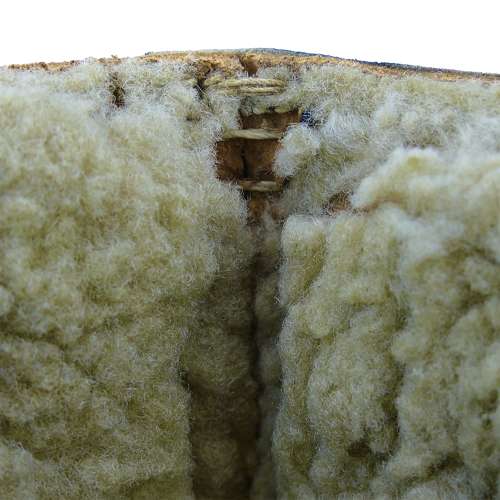 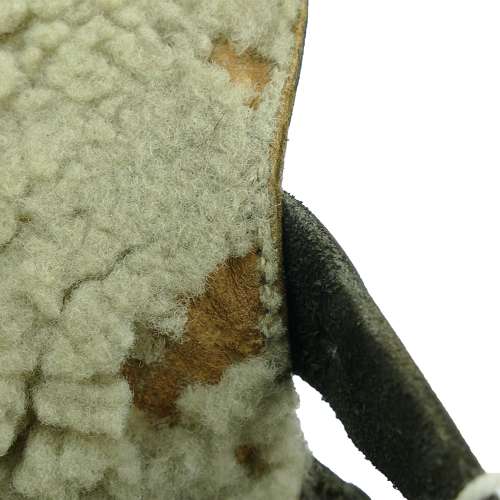 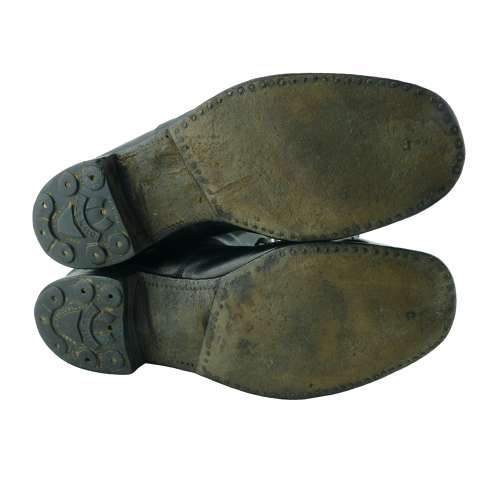 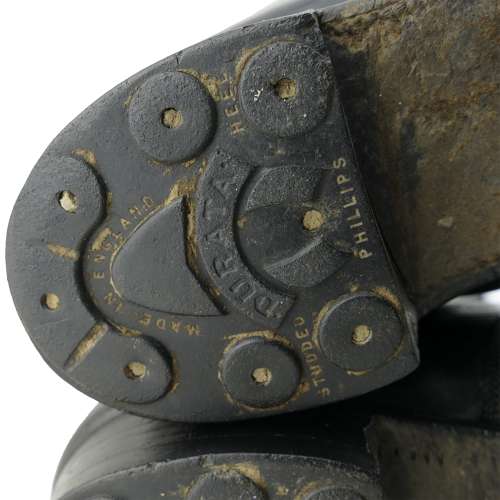 Size 9.  Essentially this is the prototype of the 1943 pattern boot.  Designed by the MI9 escape and evasion 'master', Christopher Clayton Hutton and produced under private contract on the order of Lord Nuffield.  Like the later 1943 pattern boot they feature a standard black leather shoe section with a leather upper that could be removed using a small knife should the wearer need to evade capture, thus leaving a stout shoe suitable for walking, and less conspicuous than boots.  In prototype boots the upper was manufactured in sheepskin lined chromed leather rather than suede.  First pattern prototype Nuffield boots like these feature a front zip fastener that opens upwards but never completely separates.  A second pattern was introduced on slightly later boots with the more familiar fully opening off-set zip and buckled strap of the 1943 escape boot.  The leather is in excellent overall condition bar showing just normal use and wear.  The zips are in good working condition, complete with short cord 'pulls' as found on the pair in our own collection.  The sheepskin linings are generally good, with just a few small areas of moulting - see photographs.  No insoles fitted.  With nailed leather soles and rubber heelcaps.  Good straps/buckles.  These boots were never allocated a reference number and as such they have no official markings.  Nuffield boots were only in production for about a year and not produced in large numbers,  this first pattern for a few months only as a limited trial.  Extremely rare to find, this is the first pair we have had to offer in 8 years and from memory, the only first pattern pair ever offered for sale.  Stock code B26967.