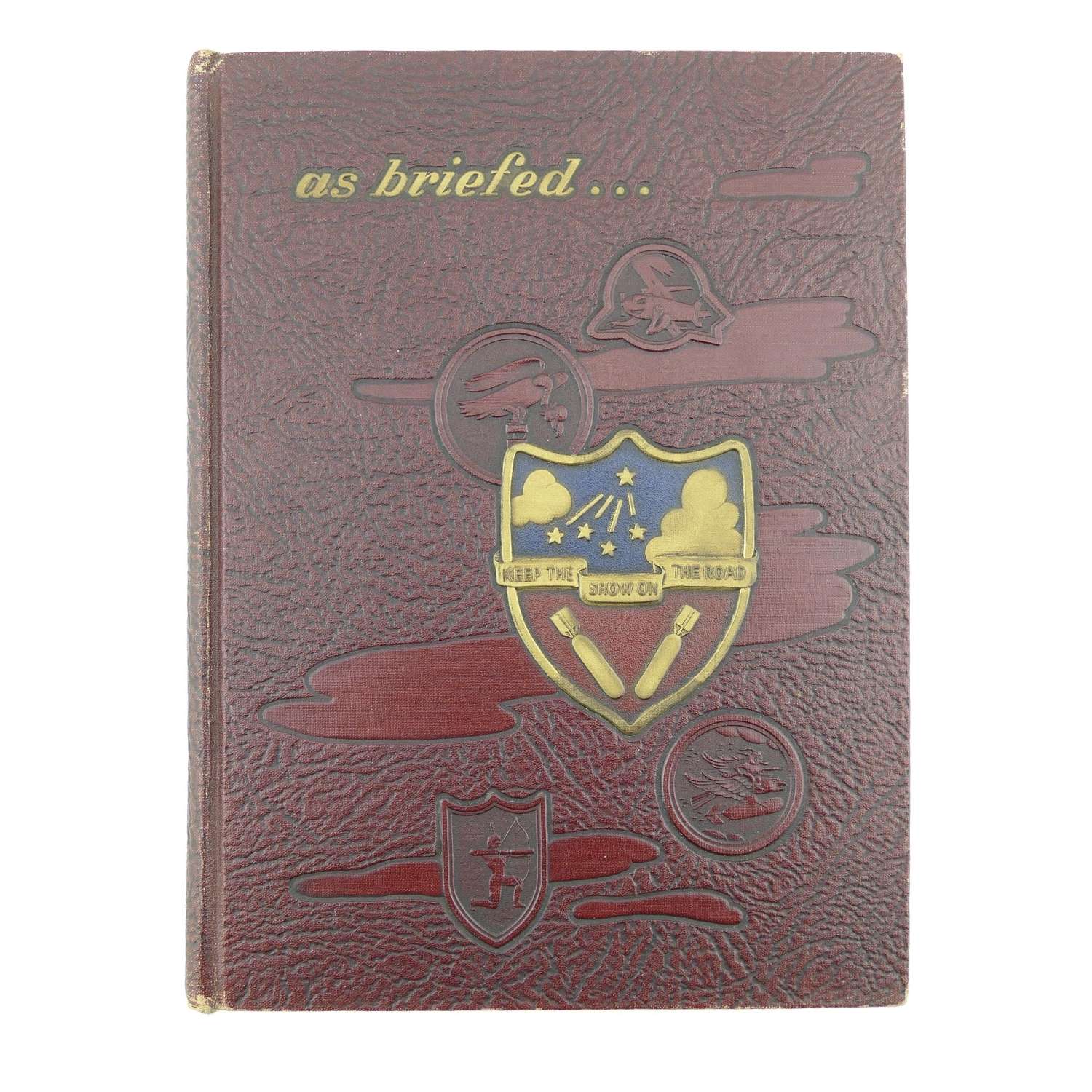 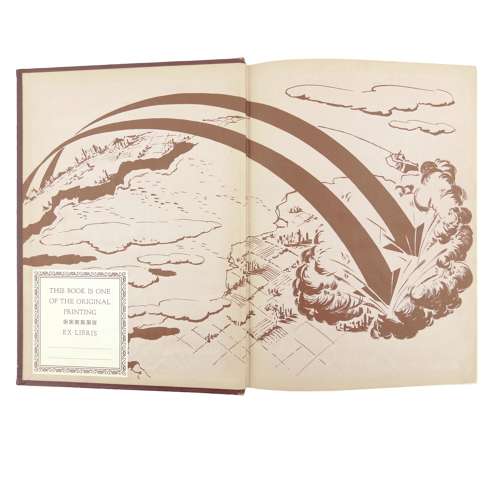 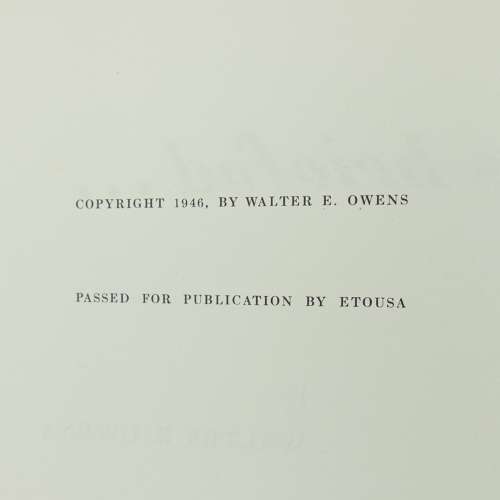 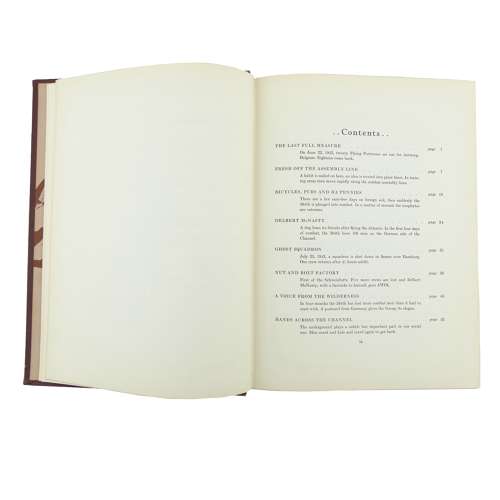 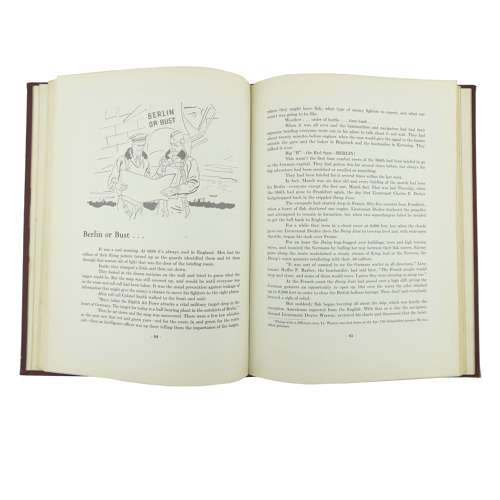 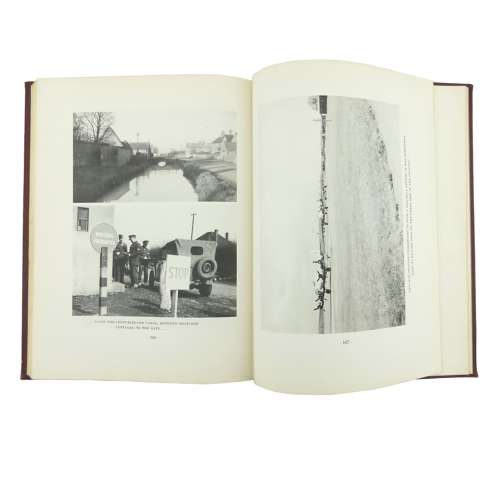 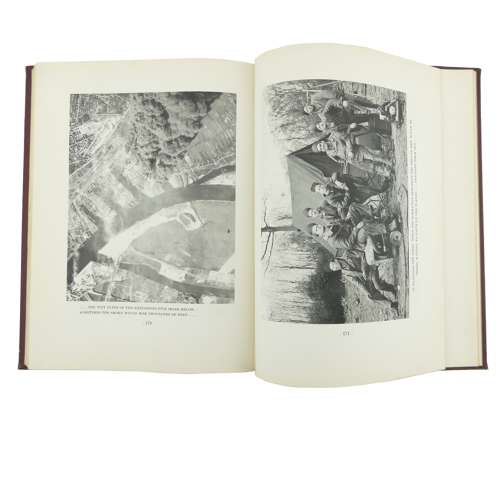 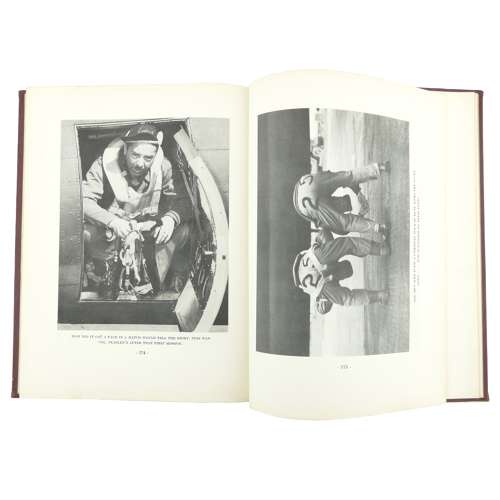 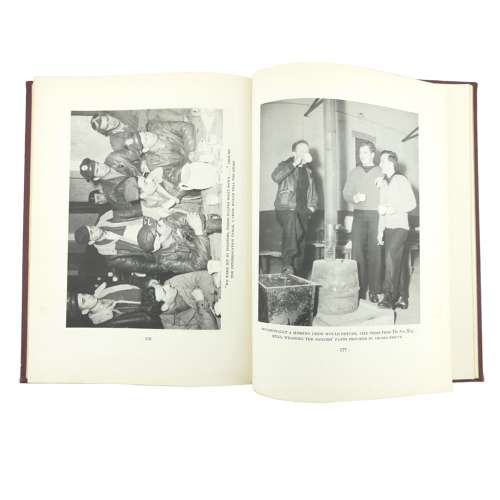 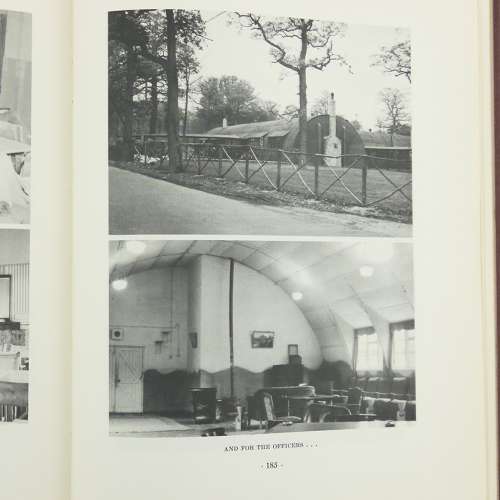 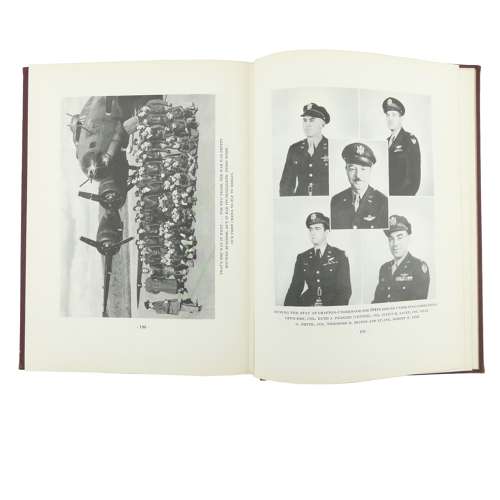 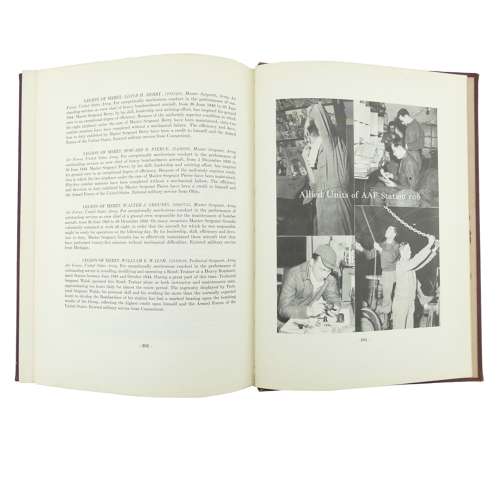 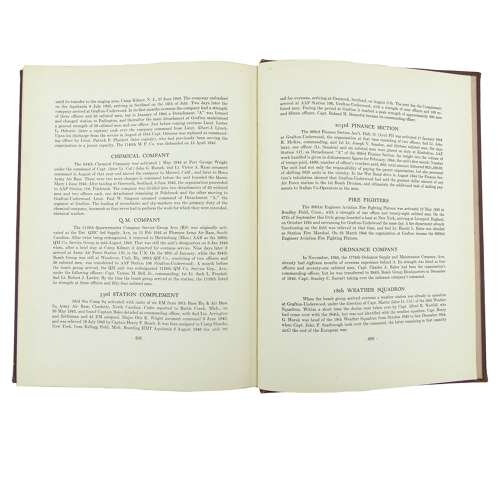 'As Briefed - a family history of the 384th Bombardment Group' by Walter E. Owens.  H/b, 21.2 x 28cm, 210p, 1946, 1st edition. Passed for publication by Etousa.  Hardbound in maroon board/cloth with with embossed decorations on the front cover highlighted in blue and gold. The 384th arrived in England during May 1943 and were stationed at RAF Grafton Underwood near Kettering, Northamtonshire (AAF station 106).  It was assigned to the 41st Combat Bombardment Wing of the 1st Bombardment Division, 8th AAF.  The Group's targets included aerodromes at Orléans, Bricy, and Nancy; motor works at Cologne; a coking plant at Gelsenkirchen; an aircraft component parts factory at Halberstadt; weapons manufacturers at Solingen; steel works at Magdeburg; and ball-bearing plants at Schweinfurt. The Group made a damaging raid on aircraft factories in central Germany on 11th January 1944 and received a Distinguished Unit Citation for the action. The Group attacked installations along the coast of Normandy prior to and during the invasion in June 1944 and then bombed airfields and communications beyond the beachhead. It struck enemy communications and fortifications during the Battle of the Bulge, December 1944 – January 1945 and aided the Allied assault across the Rhine in March 1945 by attacking marshalling yards, railway junctions, and bridges to cut off enemy supplies.

This unit history is filled with stories of their missions and has approximately 30 pages of photographs of the local area, the base, crews and personnel.  One chapter records the group's awards and decorations with well over 1000 men flying from Grafton-Underwood winning the DFC and 15, the Silver Star. The final page lists the statistics - mission numbers, planes and personnel lost, enemy aircraft destroyed etc.

Minor soiling and some wear around the edges and on the spine.  Good '+'/very good used.  This is a rare original 1st edition printed in relatively low numbers.  A copy was produced in 1980 and even those are sought after and command high prices.  Stock code P24215A-87.