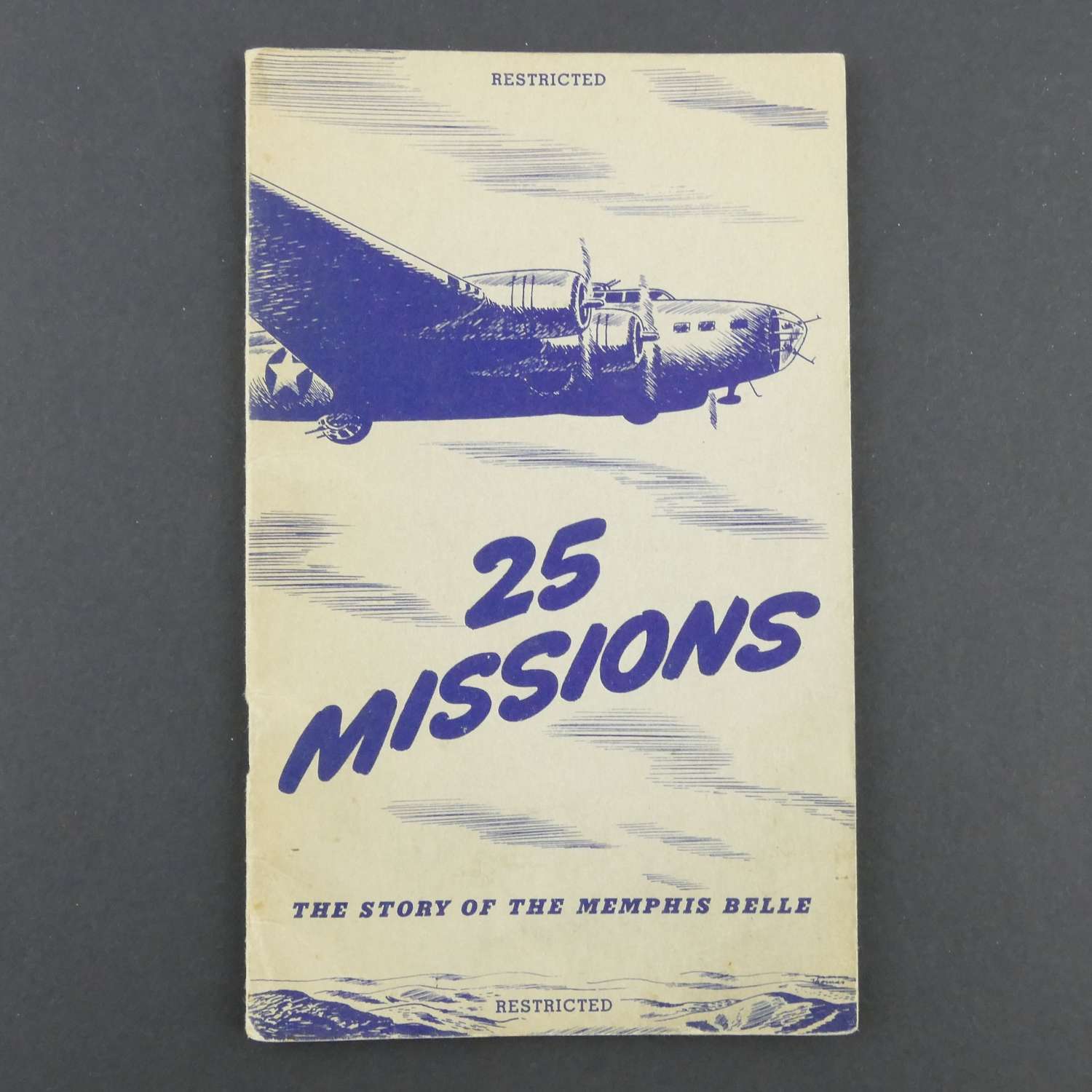 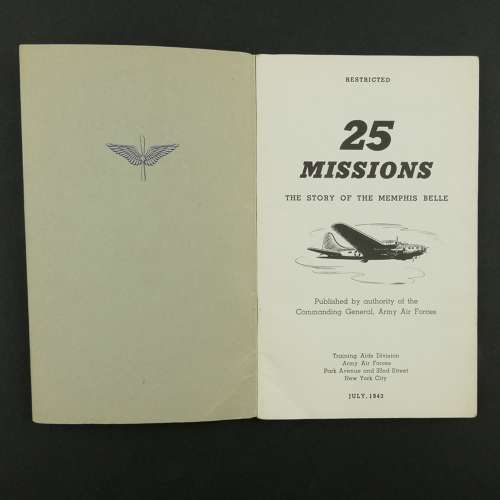 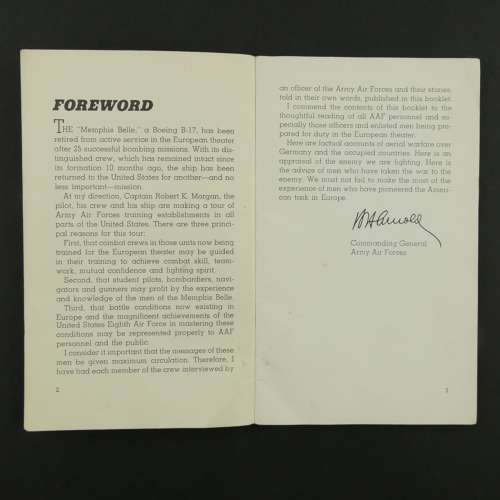 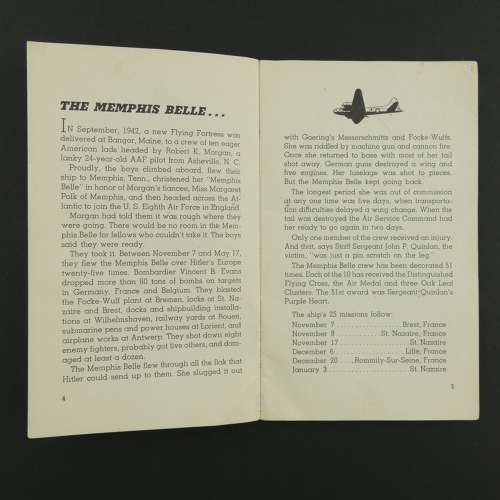 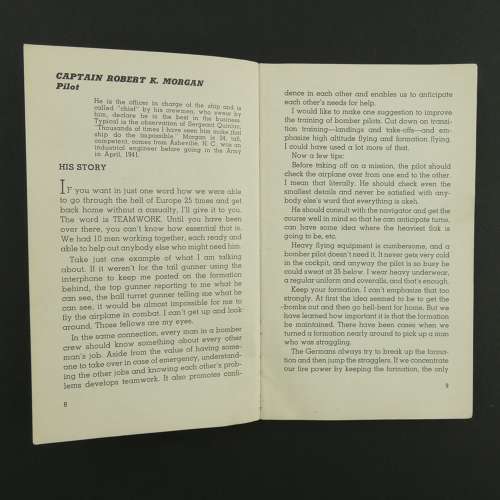 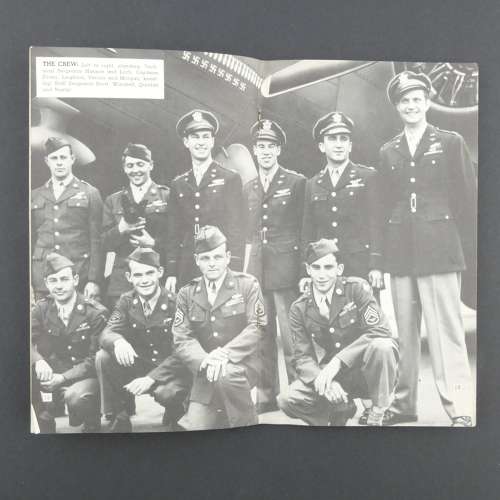 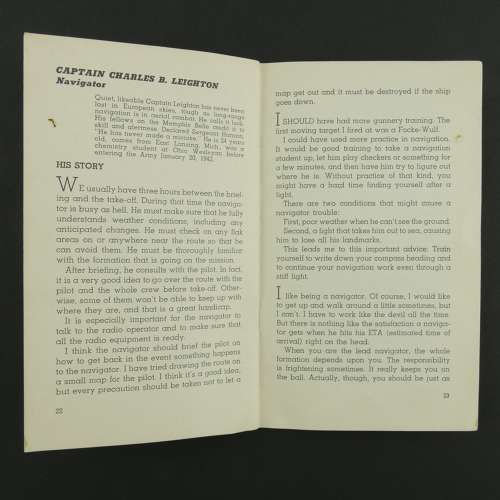 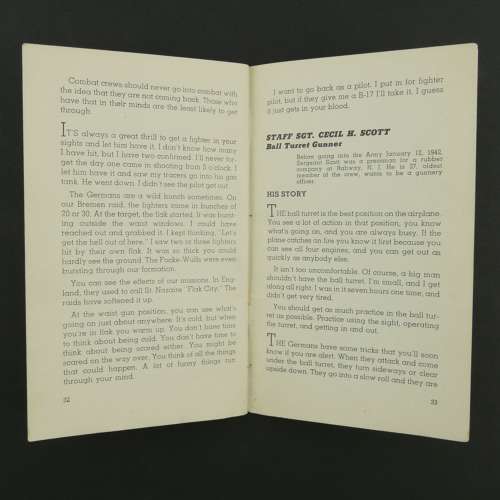 P/b, 10.5 x 17cm, 36p, July 1943.  Restricted booklet prepared by the Training Aids Division and published by authority of the Commanding General, Army Air Forces.  The story of the famous 'Memphis Belle' Boeing B-17 Flying Fortress, retired from active service in the European theatre (ETO) after 25 successful bombing missions.  Captain Robert K. Morgan, pilot of the aircraft, and the rest of the crew flew back to the USA and undertook a tour of AAF training establishments to give confidence and advice to aircrew trainees bound for the ETO. The booklet contains stories from each of the crewmembers, told in their own words.  Factual accounts of aerial warfare over Germany and the occupied countries, an appraisal of the enemy and advice of men who have taken the war to that enemy.  It lists all of the missions undertaken and has a photo of the crew at the centre.  A great little publication in very good condition.  Stock code P24215A-55.