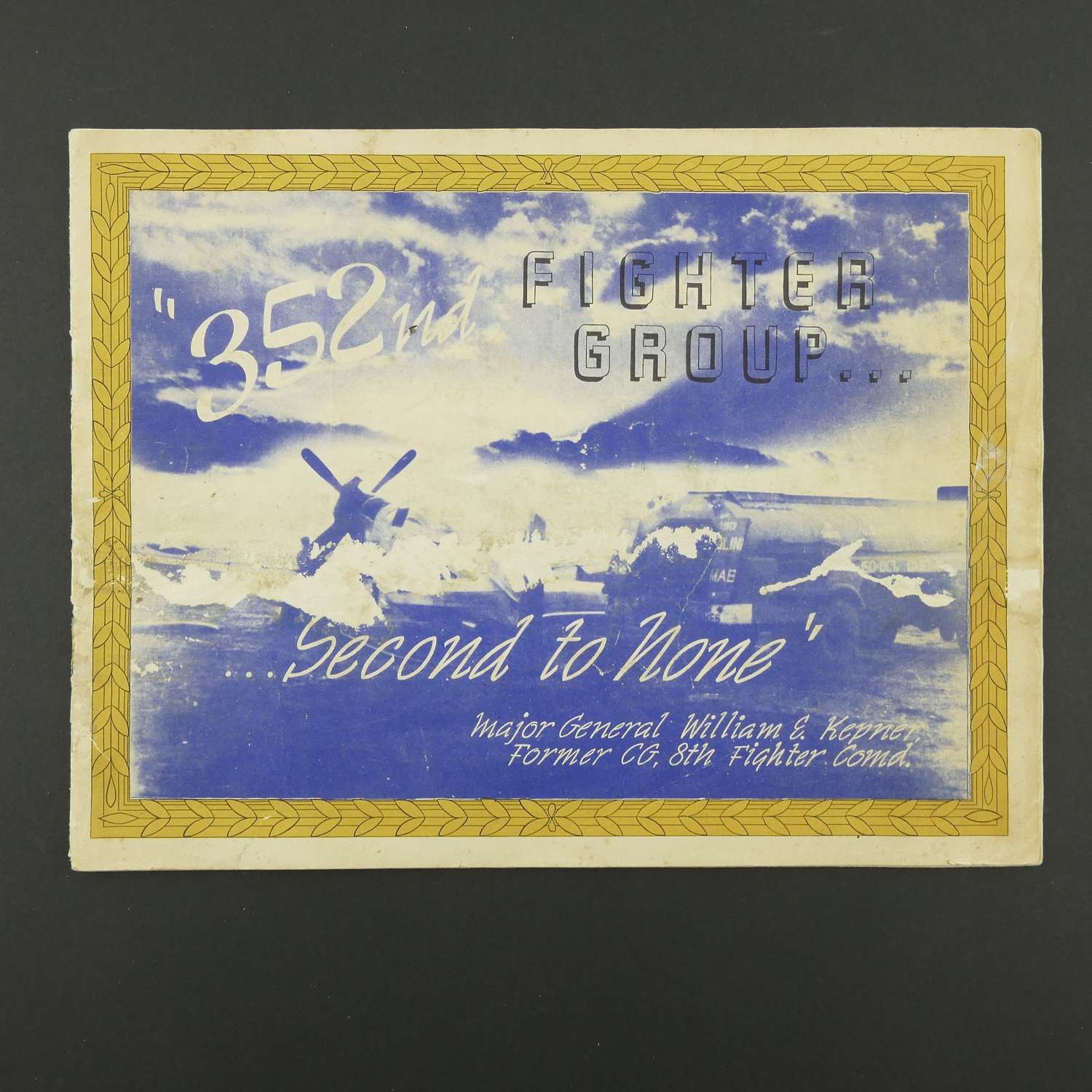 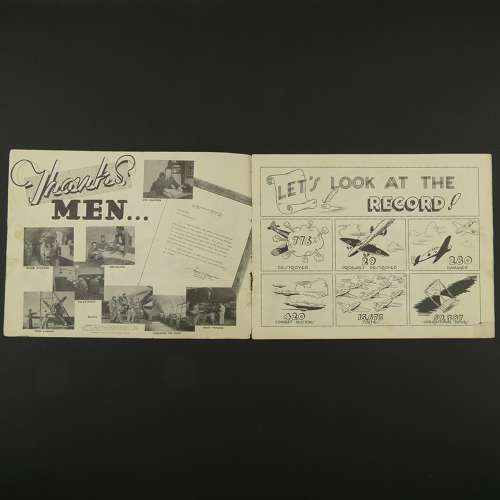 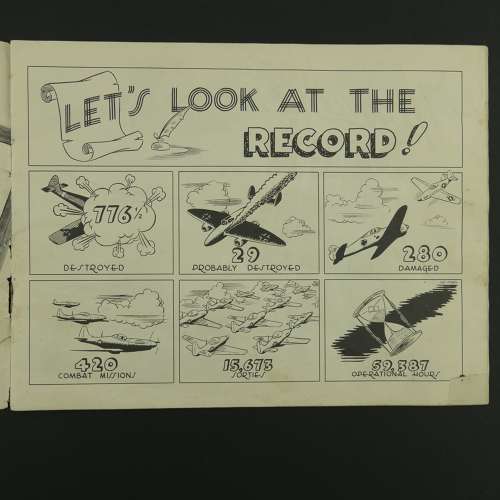 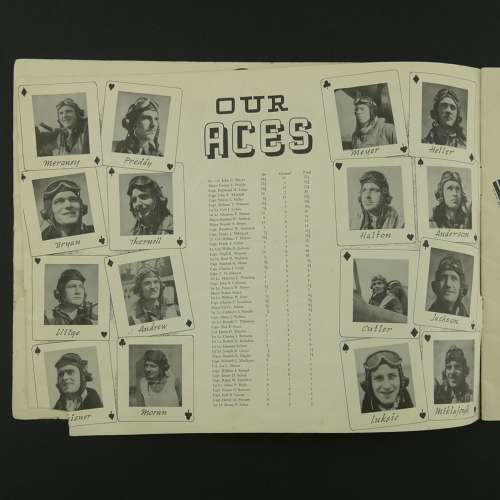 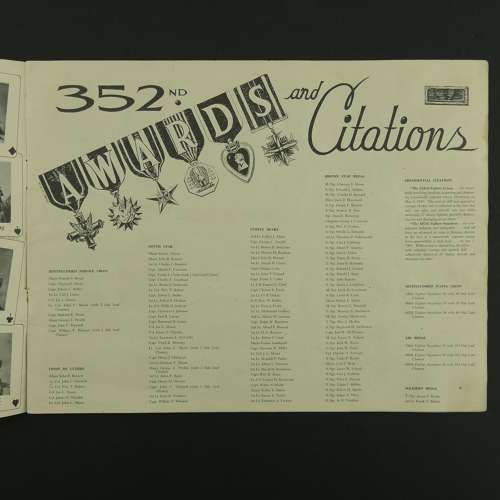 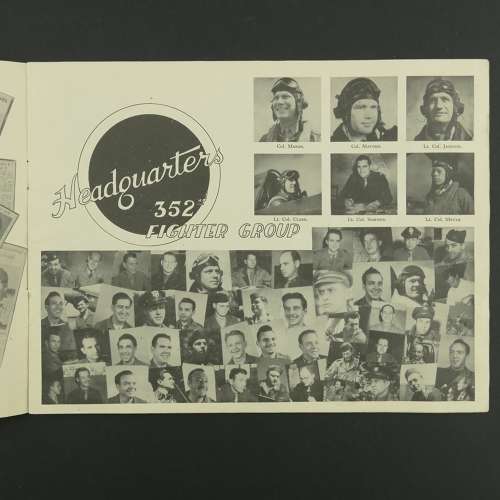 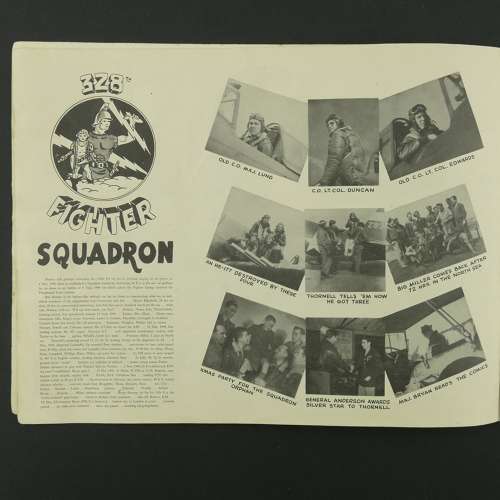 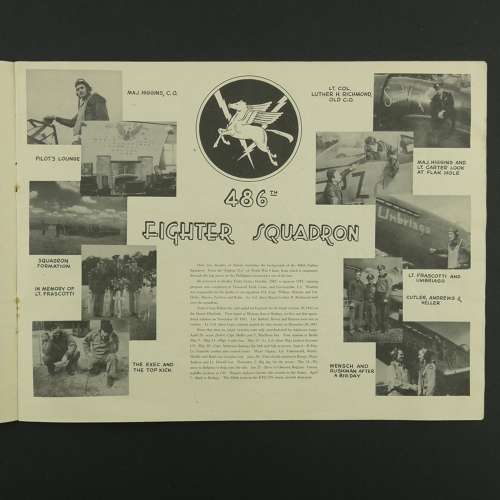 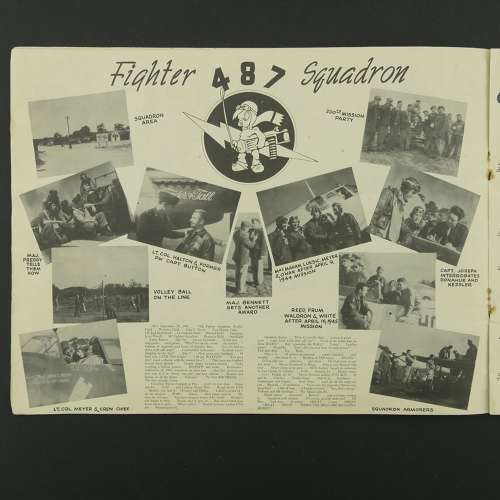 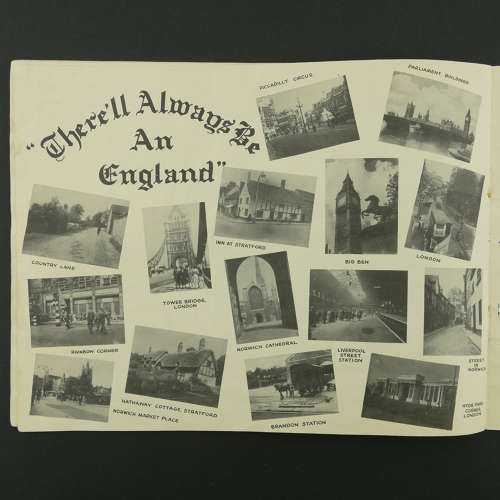 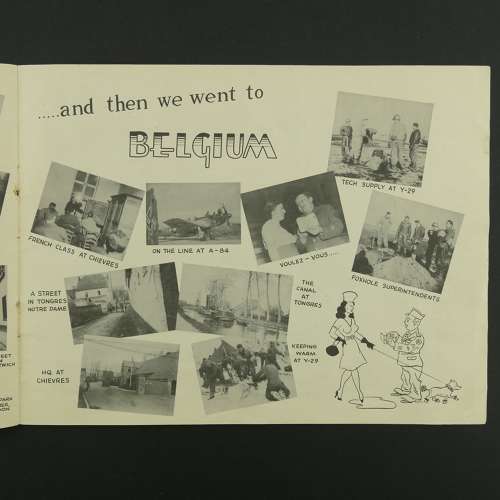 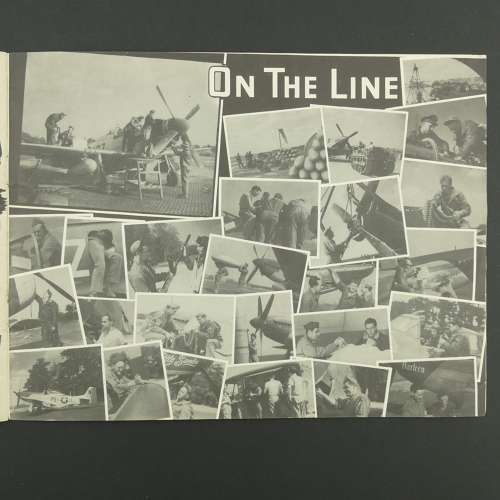 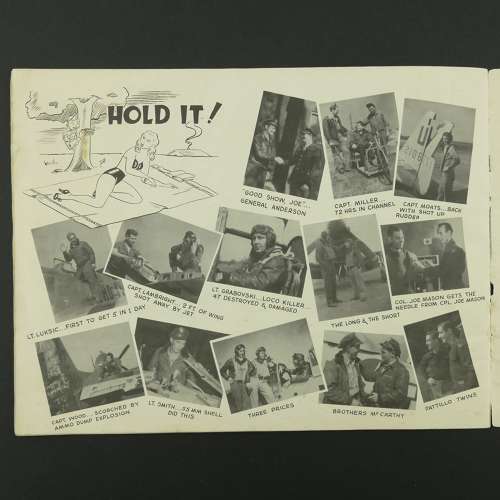 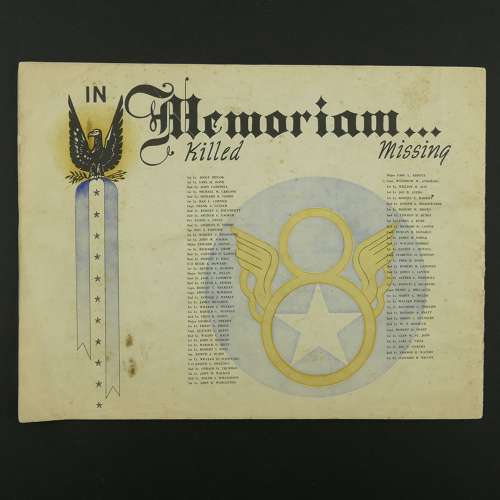 352nd Fighter Group... Second to none

'352nd Fighter Group... Second to none' by Major General William E. Kepner, Former CG, 8th Fighter Command.  P/b, approximately 28 x 21.5cm. 22p.  Rare unit history for the USAAF 352nd Fighter Group of the 8th AAF. The Group was based at Bodney (AAF station 141), Norfolk between July 1943 and November 1945.  During the winter of 1944/1945 detachments were deployed to bases in Belgium to provide extra air support to ground forces during the Battle of the Bulge and assist with the airborne assault across the Rhine.  The 352nd amassed a huge number of decorations and produced a high percentage of aces including Major George Preddy, the highest scoring P-51 pilot of the 8th AAF.  This history lists the statistics - 776.5 enemy aircraft destroyed, 29 probables, 280 damaged.  420 combat missions, 15,673 sorties and 59,387 operational hours.  It also lists 47 aces and the numerous awards and citations attained by the group. There are pages for each of the three fighter squadrons belonging to the 352nd (the 328th, 486th and 487th, along with the 444th Air Squadron Group), each with photos and text.  There are photos of famous English landmarks, life on the base, personnel and a list of the casualties and missing on the rear.  The cover is soiled with some damage. Inner pages are a bit yellowed with some creasing and minor paper loss.  Corroded staples.  Not the greatest condition but a rare booklet.  Stock code P24337.