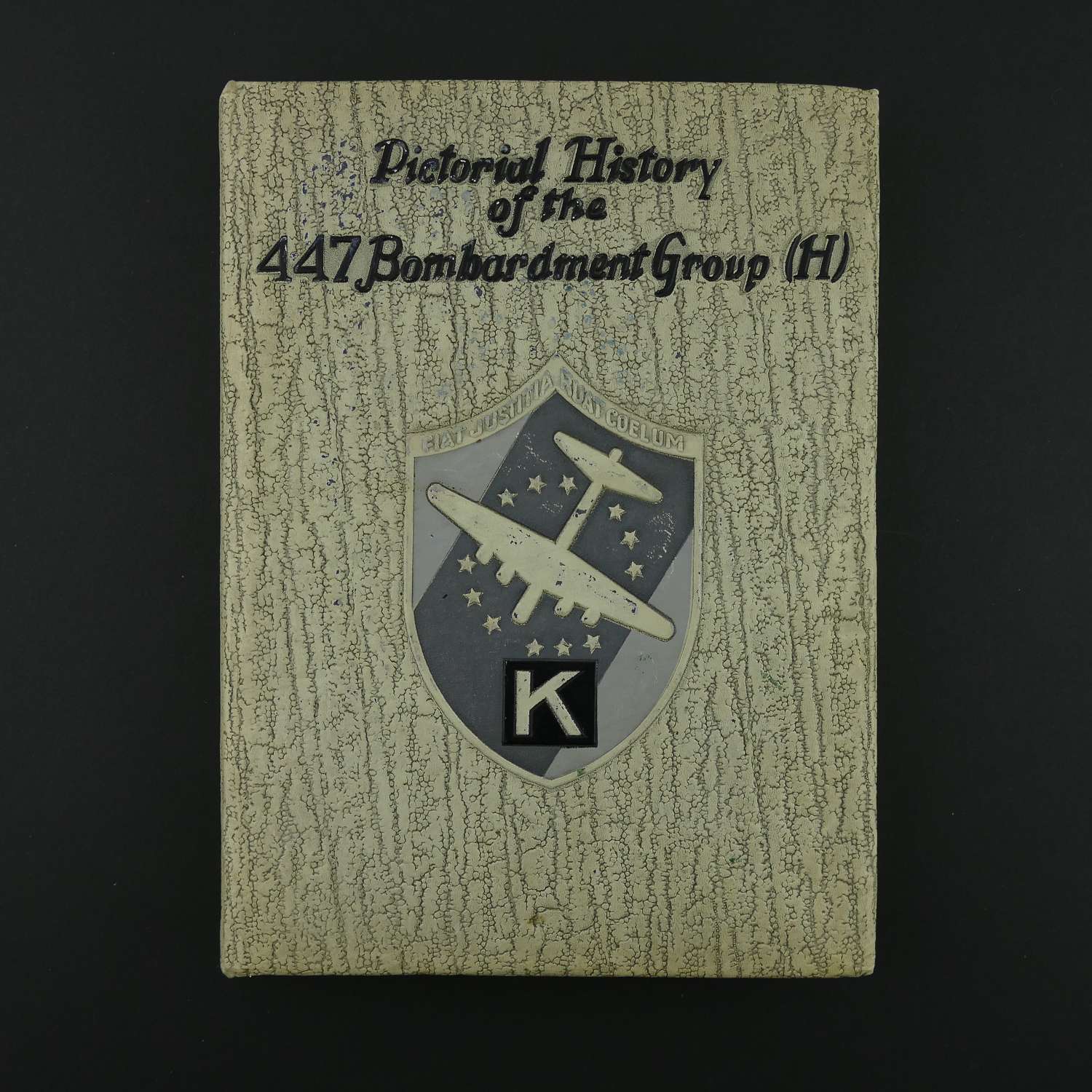 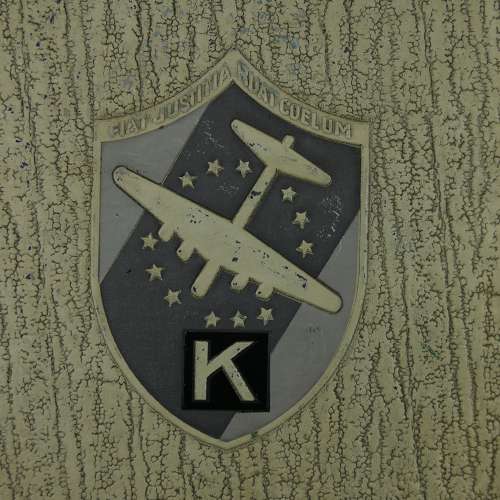 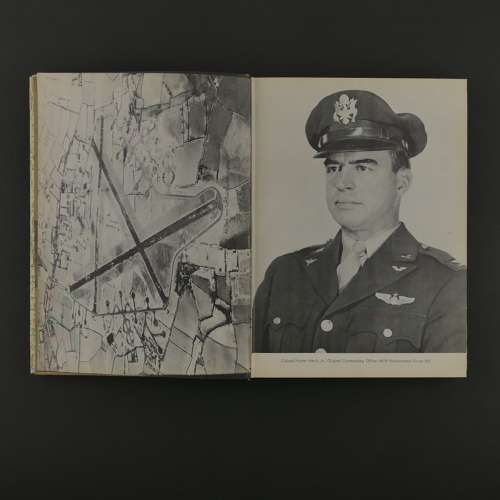 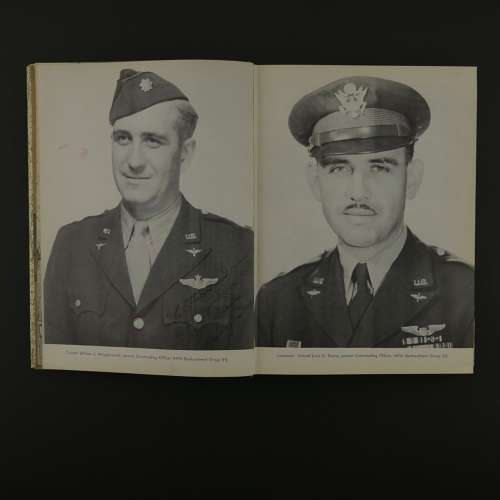 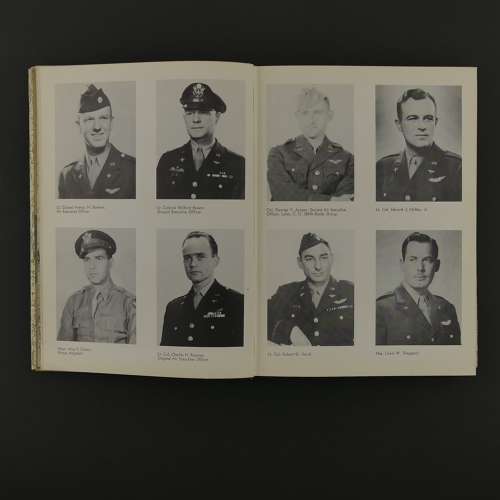 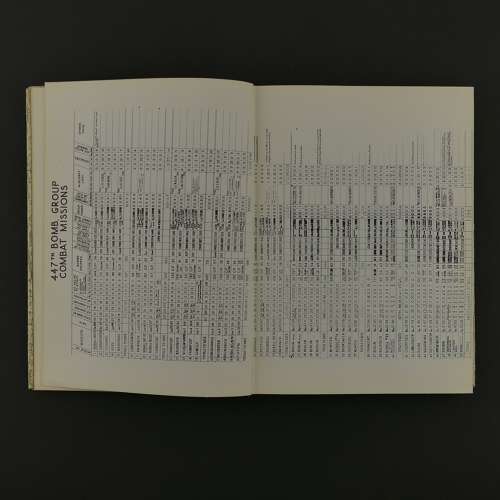 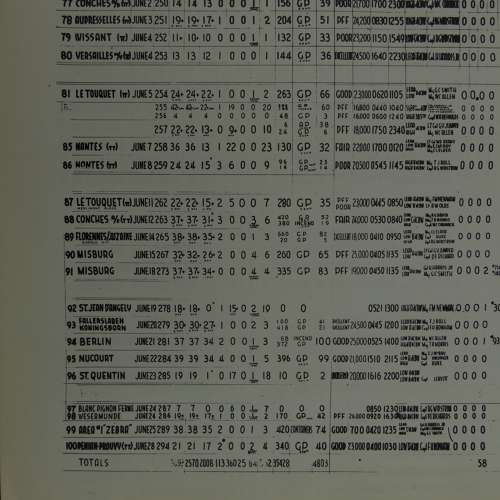 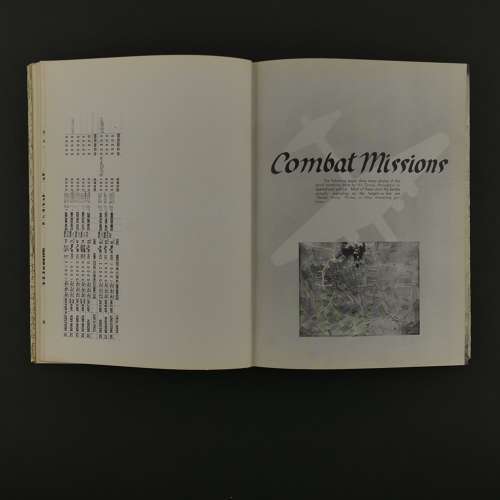 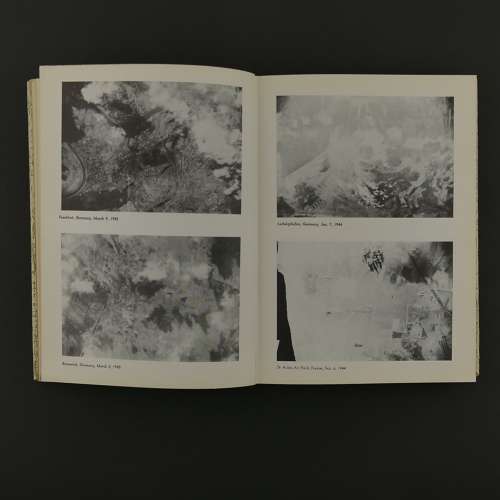 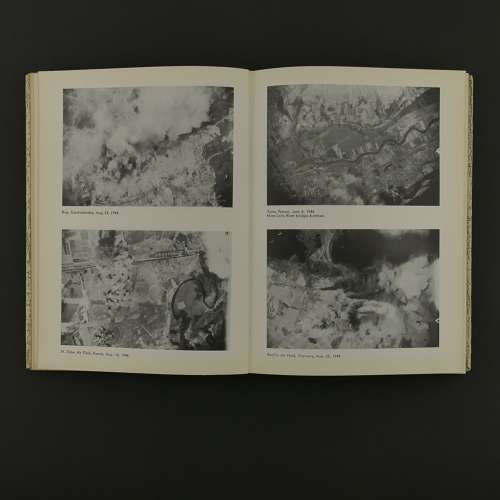 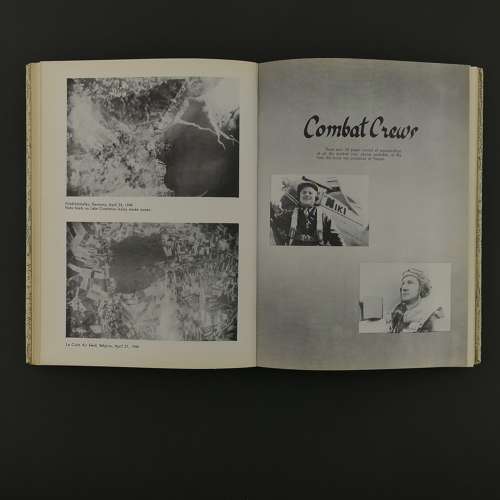 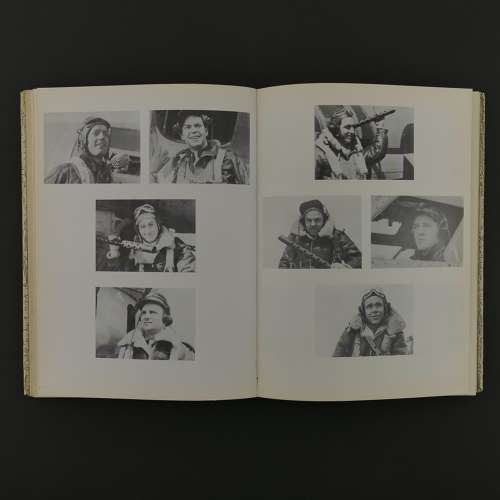 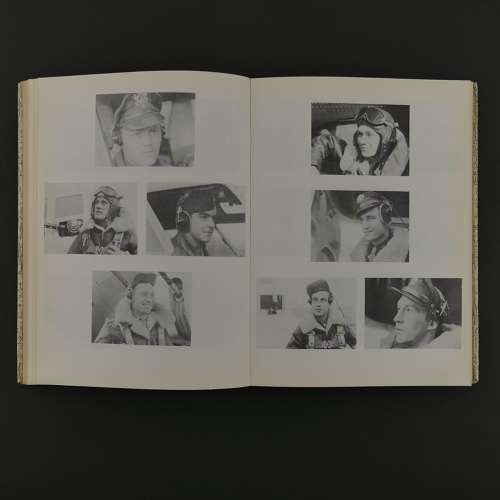 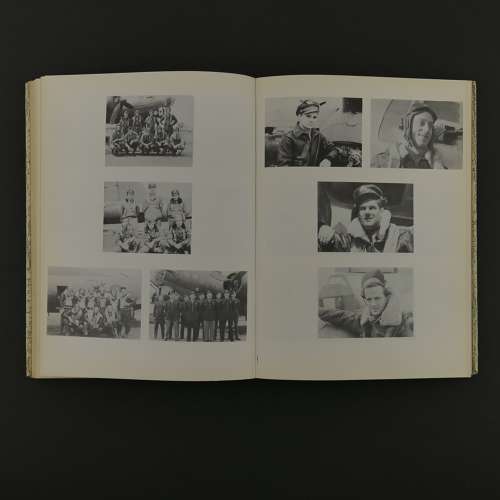 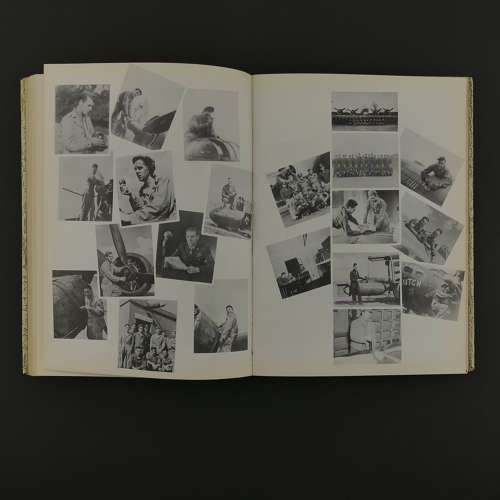 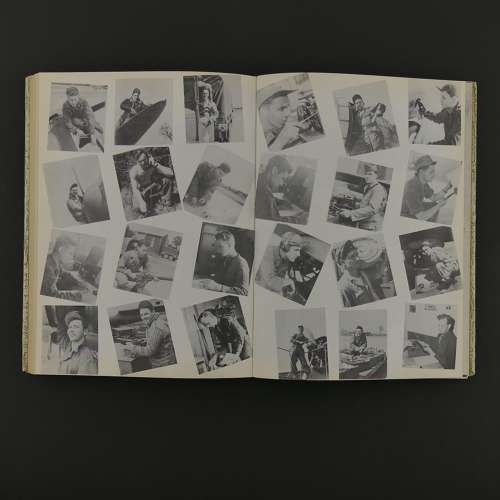 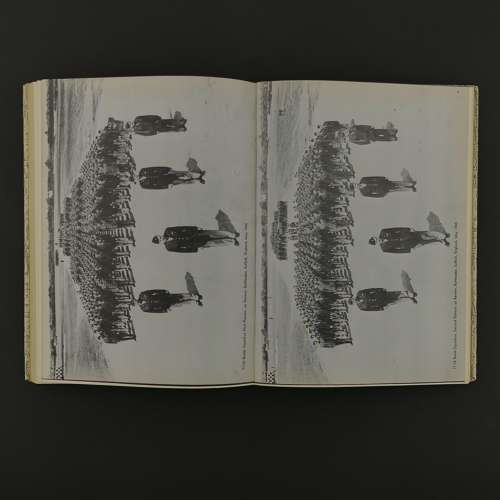 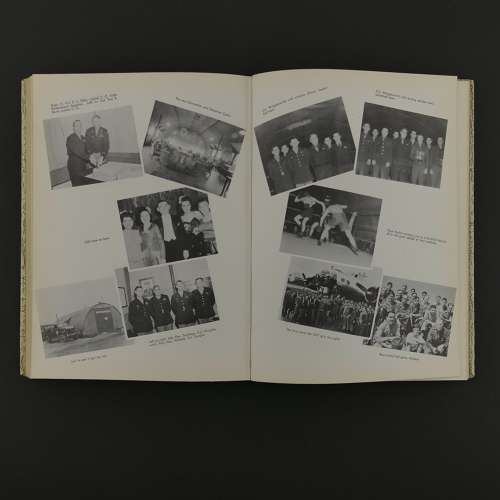 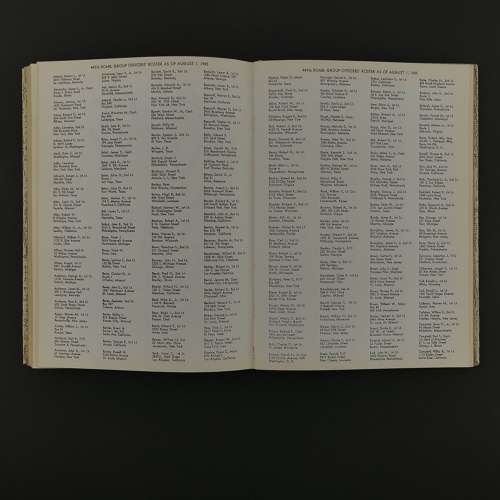 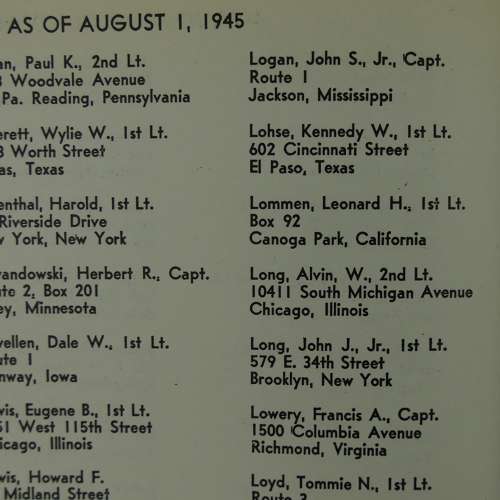 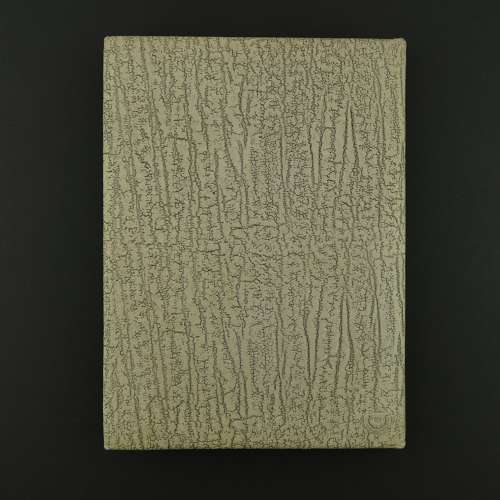 H/b, 21 x 27.5cm. 200p+.  Edited by Capt. Estley K. Surridge and Capt. Edward C. Dooley.  'Published as an unofficial history of the Group's activities from activation to completion of 258 Combat Missions in the European Theatre of Operations, through the courtesy of the Officers' Club, whose Board Of Governors made available funds, to apply against publication costs on copies for distribution to members of the 447th Group who were on its rosters as of the dates of departure from the E.T.O. for the Z. of I.'  The 447th Bomb Group, comprised of the 708th, 709th, 710th and 711th Bombardment Squadrons flew B-17 Flying Fortresses on strategic bombing missions from Rattlesden, Suffolk (AAF Station 126).  Their main focus was against targets that would weaken enemy forces connected with a planned ground invasion of France. To this end they flew sorties against ports, V-1 sites, airfields and railway marshalling yards in France, Belgium, and Germany.  The 447th also flew in support of D-day and the invasion of Normandy by bombing airfields and other targets near the beachhead.
This now very rare book was distributed to members of the 447th as a record of their service.  It is packed with countless photographs of the officers and men including ground and aircrews plus raid images.  There are 10 pages recording the group's combat record giving the target, number of aircraft attacking, bombing results and claims against enemy aircraft.  In addition there is a roster of just over 5000 names/address at the rear of the book.  The heavily textured and  slightly padded cover is embossed with the group's insignia.  It is in good overall condition as are the internal pages.  Belonged to 1st Lt. Kennedy W. Lohse from El Paso, Texas (named in the roster).  We also have his class yearbooks listed.  Stock code P24522.