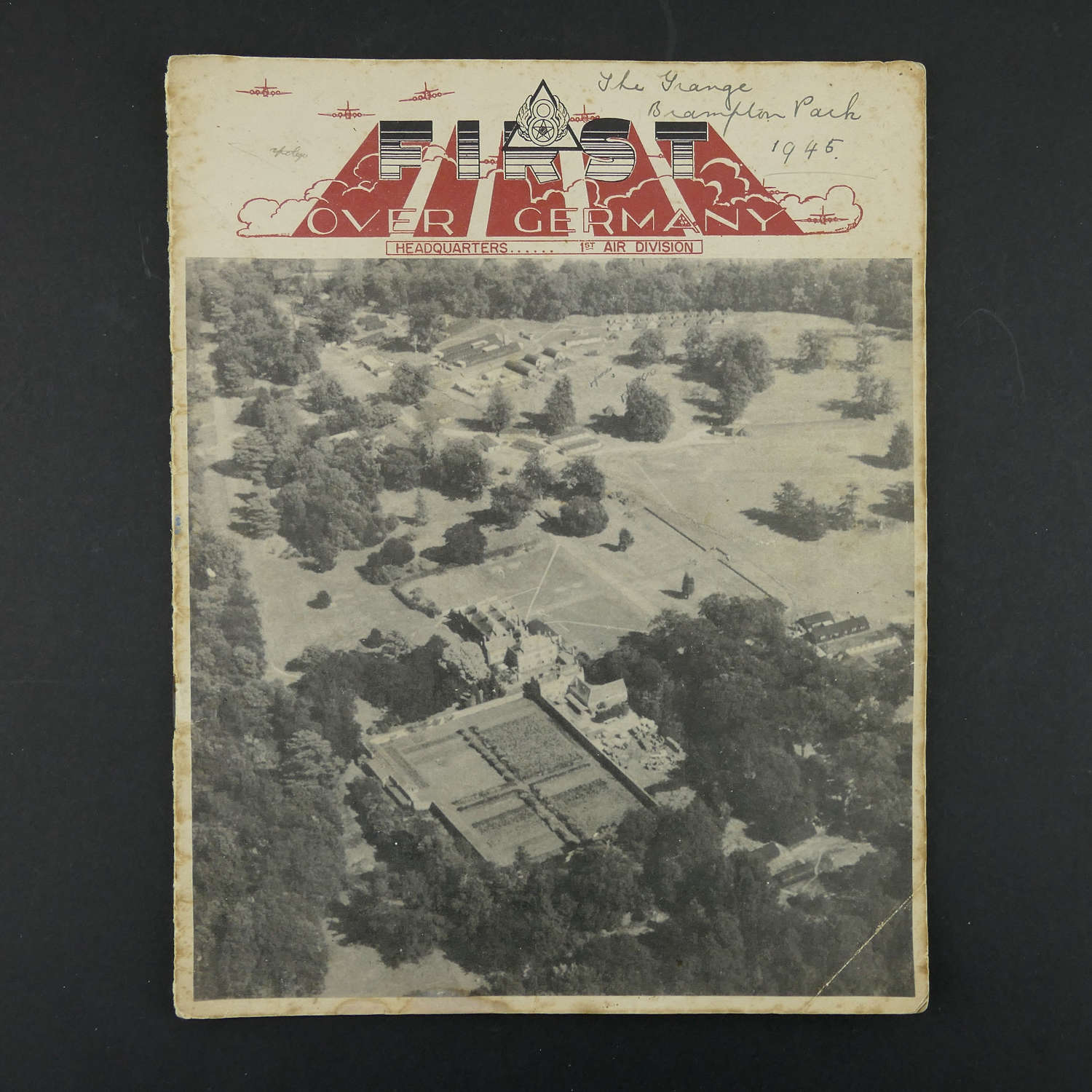 P/b, 23 x 29.5cm.  23p, c.1945.  'First Over Germany' was a 'magazine' issued within the 8th AAF in England during the war. This final edition was distributed solely to personnel of the Headquarters of the 1st Air Division (previously known as the 1st Bomb Division), and intended as a memento of the time spent at Brampton.  The First Air Division HQ was established at the Grange Hotel, Brampton, Cambridgeshire in June 1942 under the command of Colonel Claude E. Duncan.  By August, Brampton was officially activated as the First Bomb Wing Headquarters.  Combat operations are touched upon but the emphasis is on life around the headquarters.  The cover is soiled/dog-eared with tears up the spine.  The pages are yellowing with some staining on lower edges and dog-eared corners.  Interesting photos and information.  A virtually unobtainable unit history.  Stock code P24215A-141. 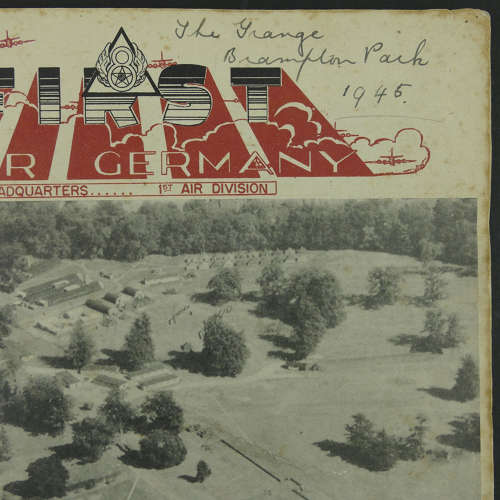 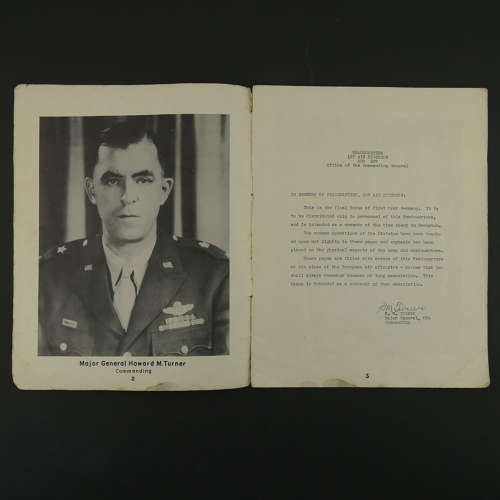 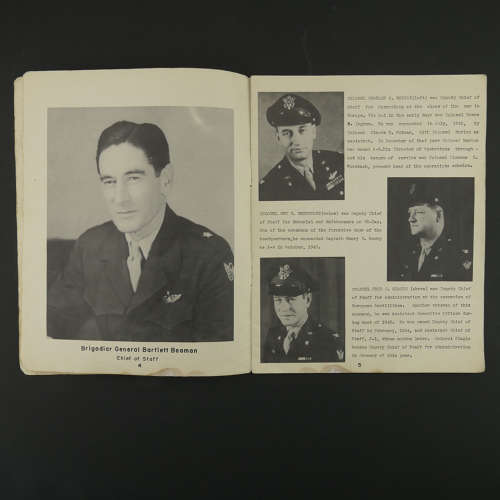 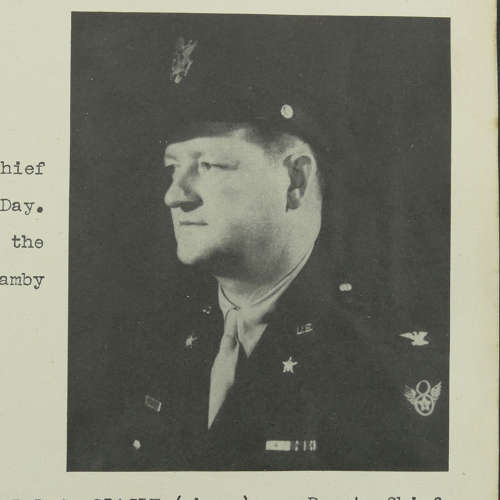 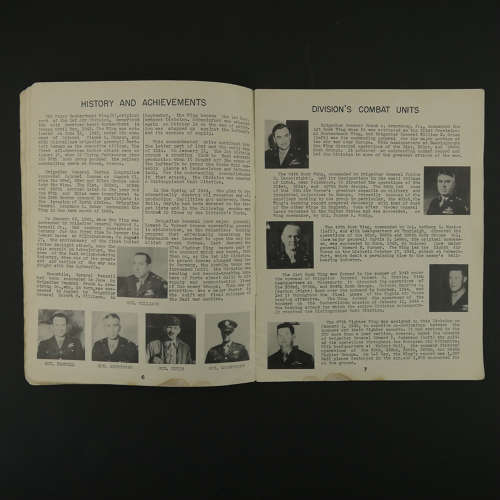 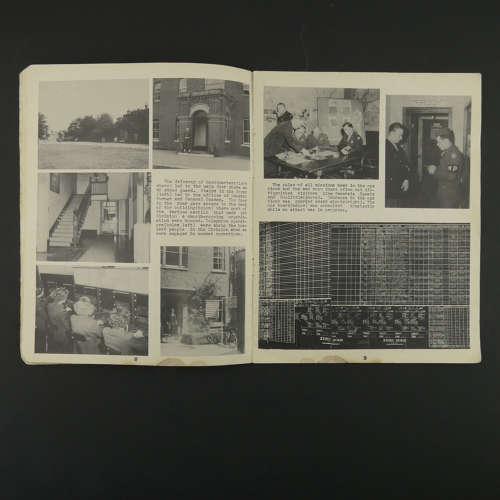 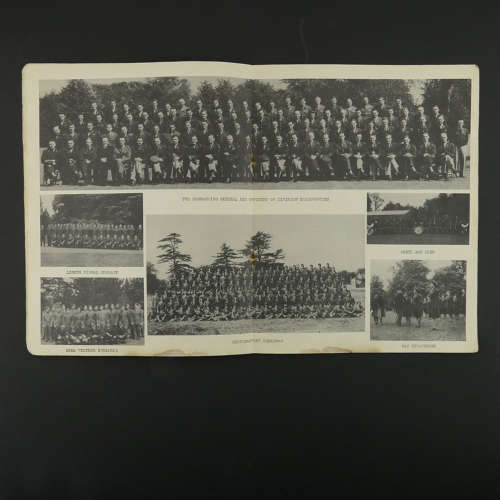 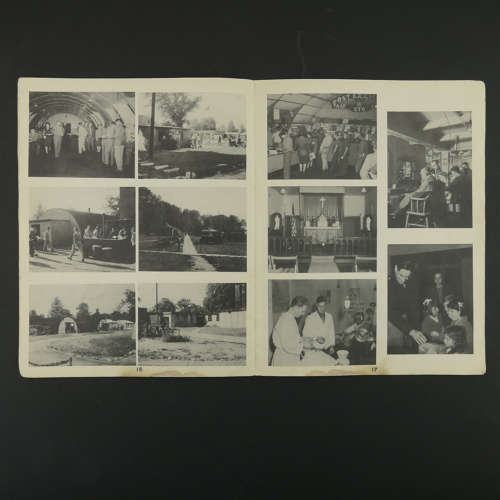 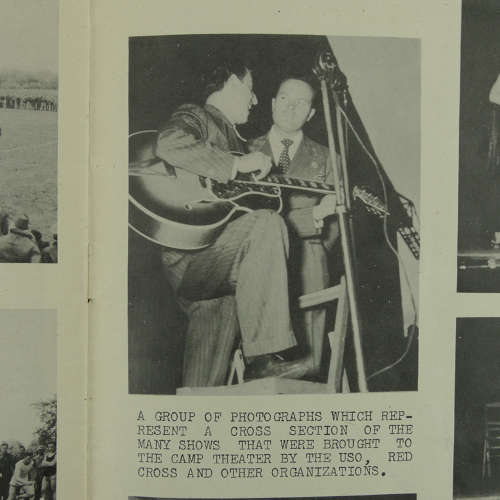 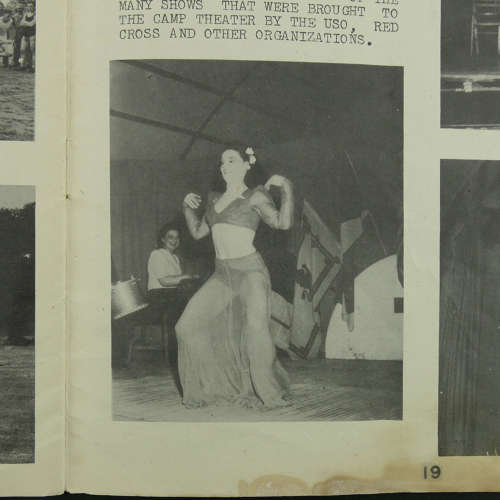 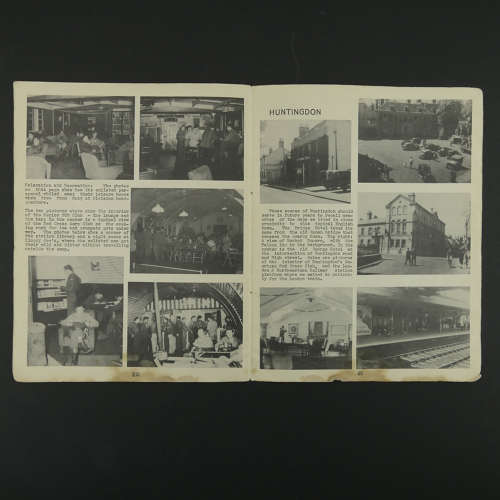 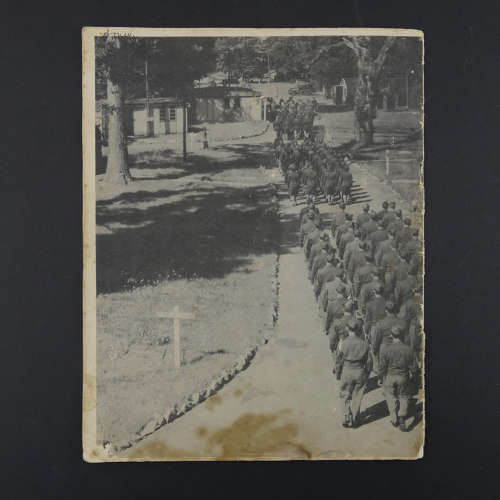