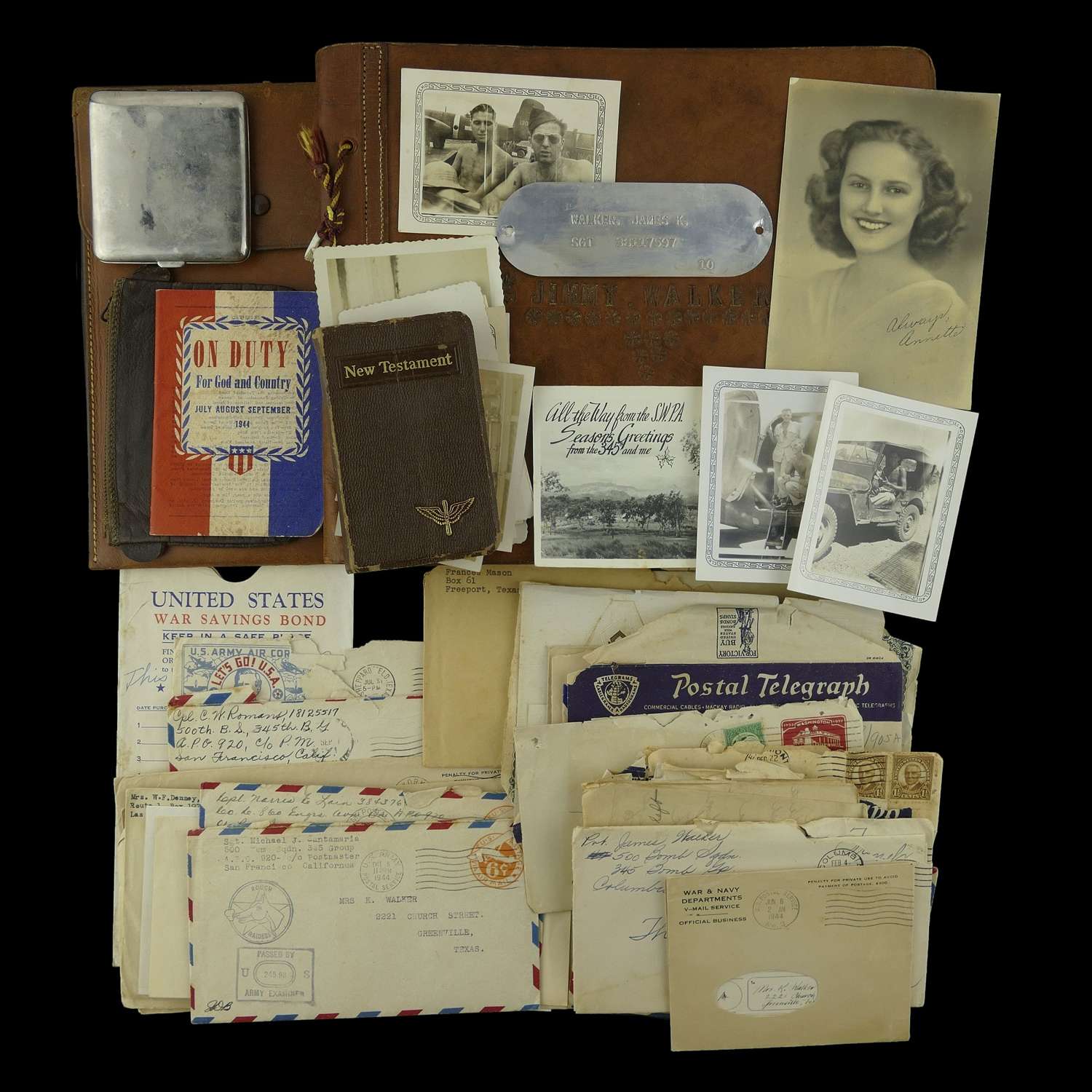 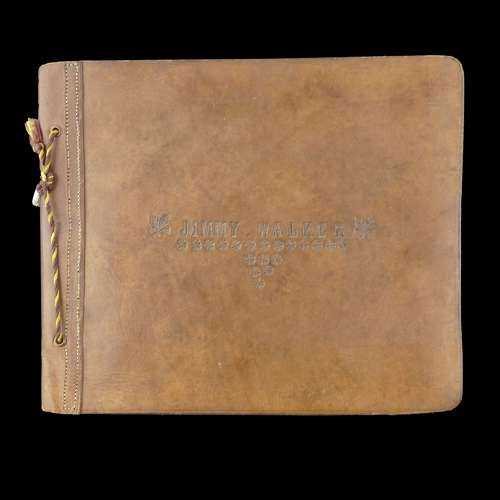 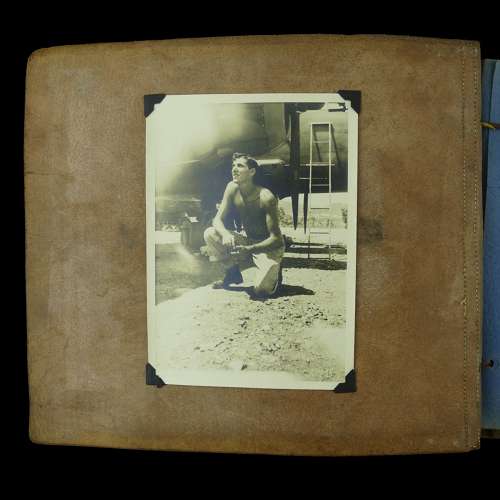 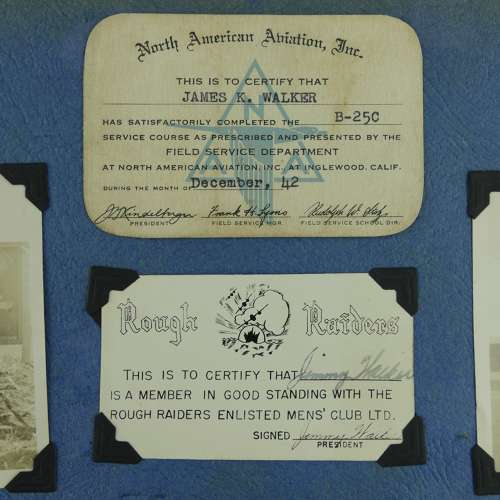 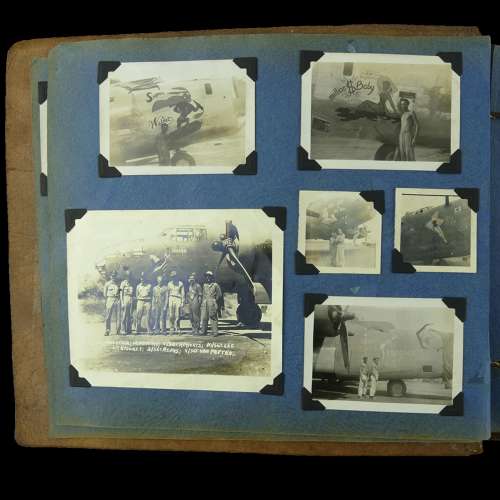 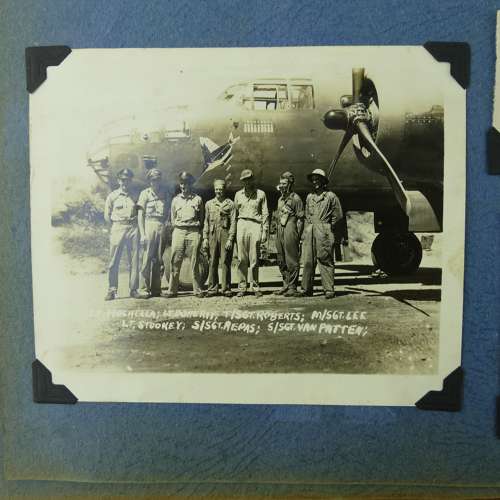 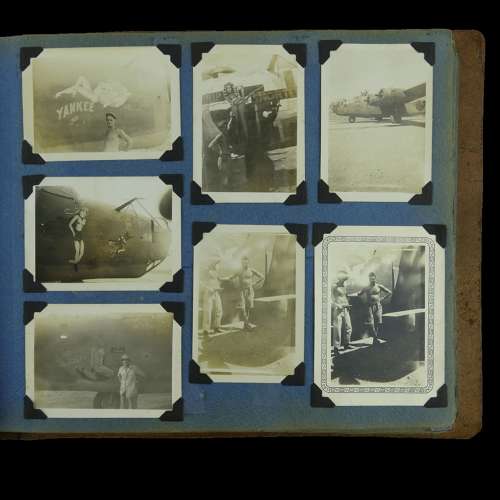 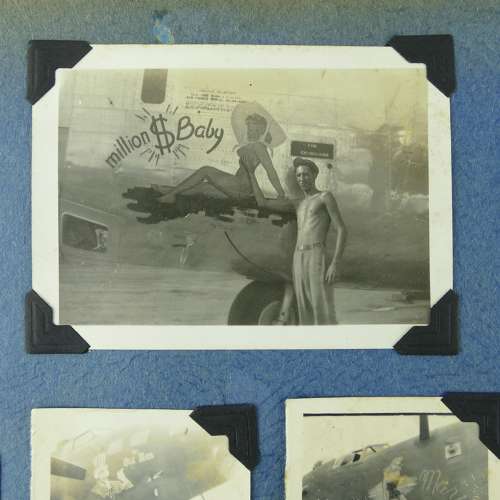 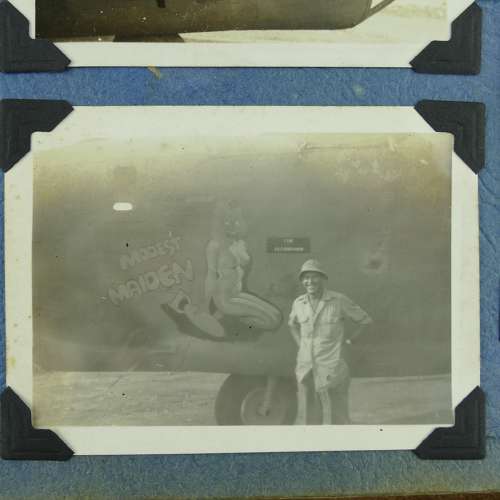 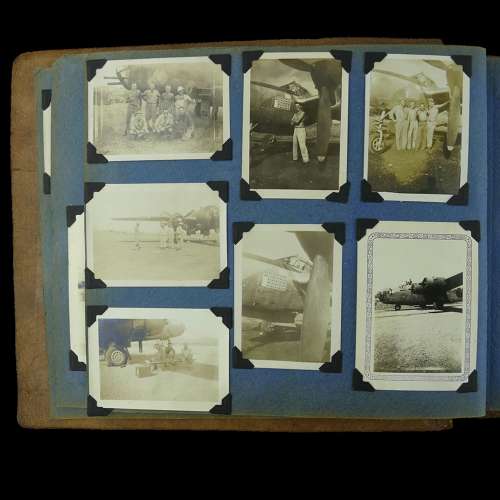 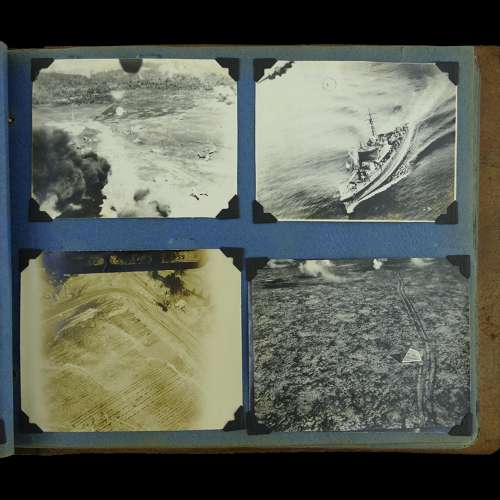 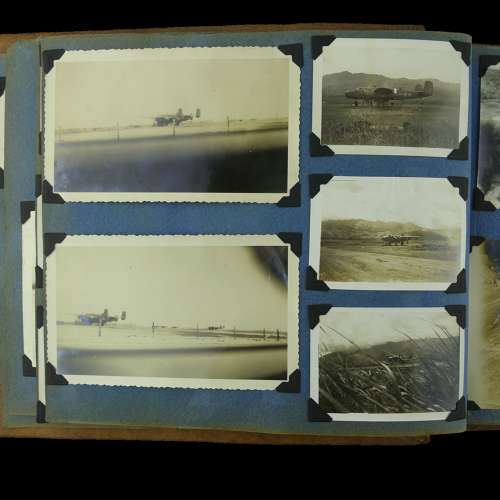 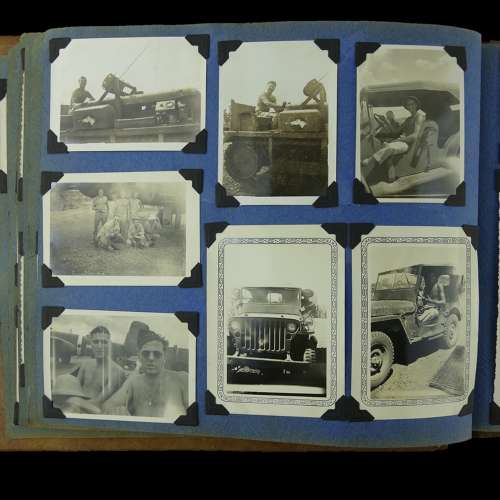 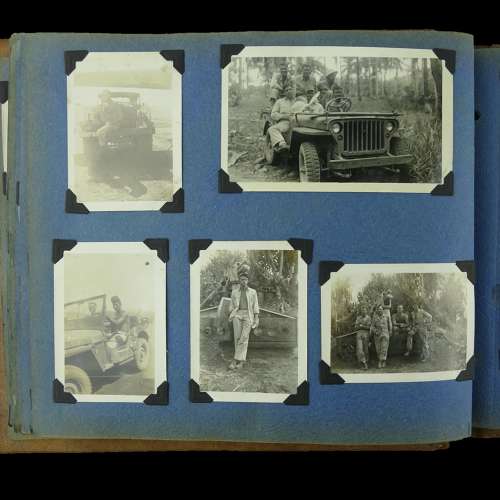 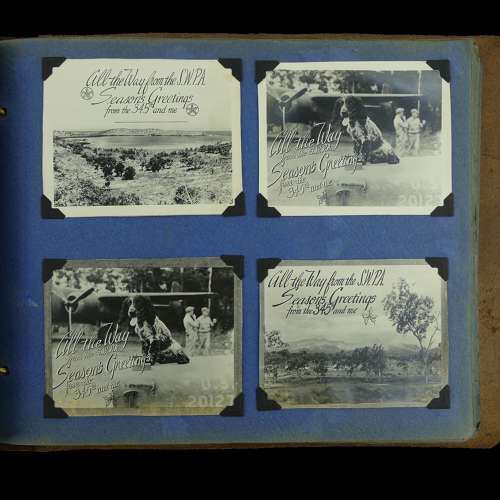 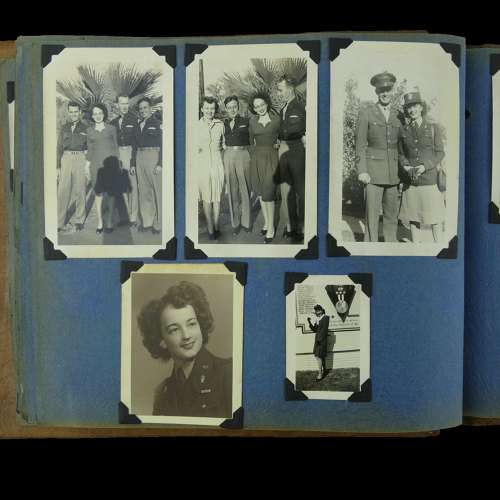 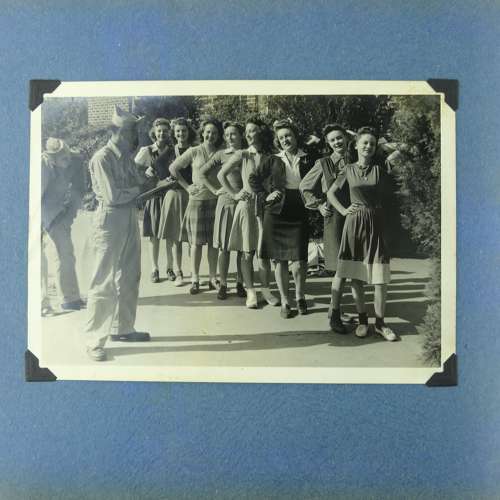 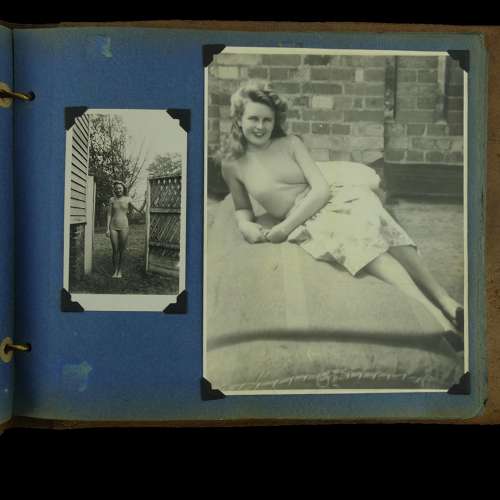 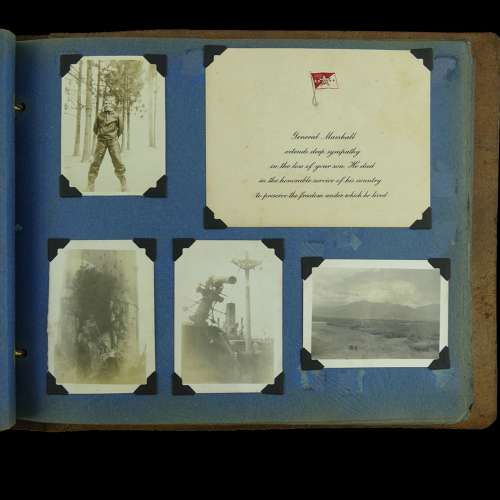 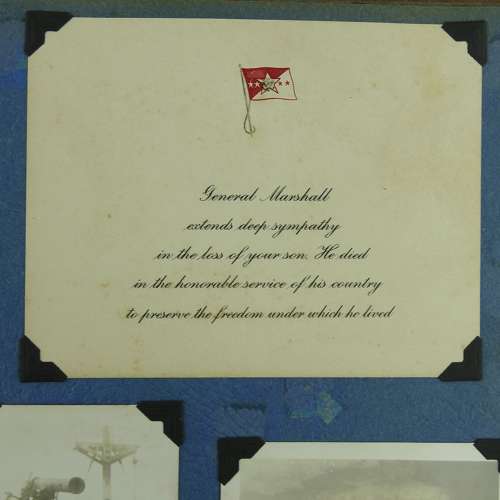 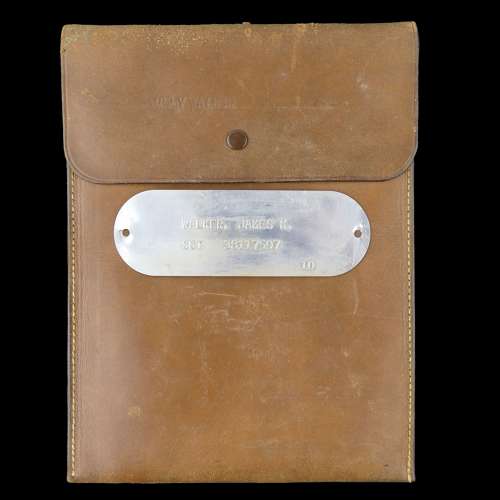 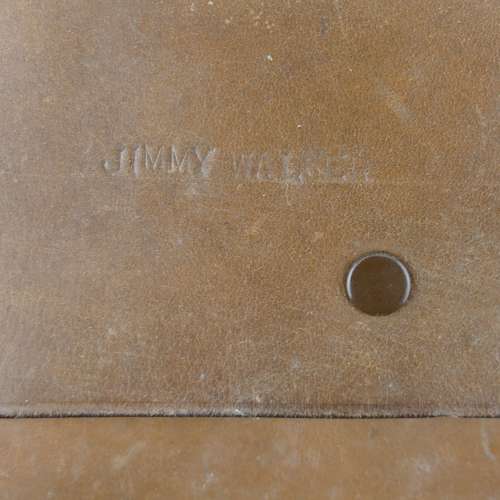 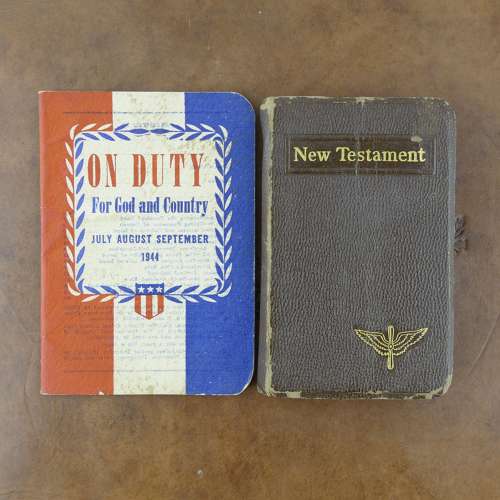 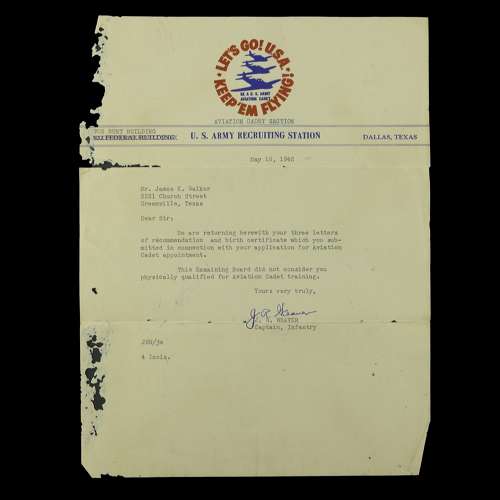 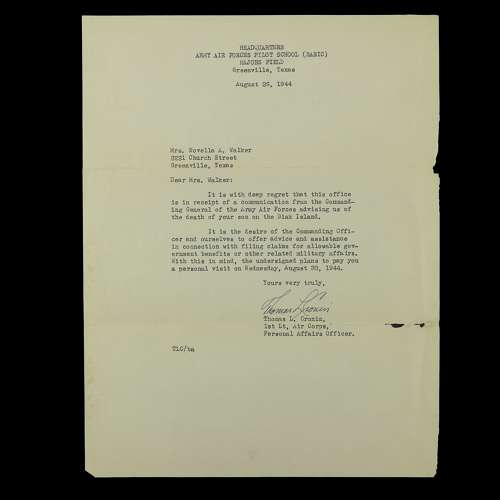 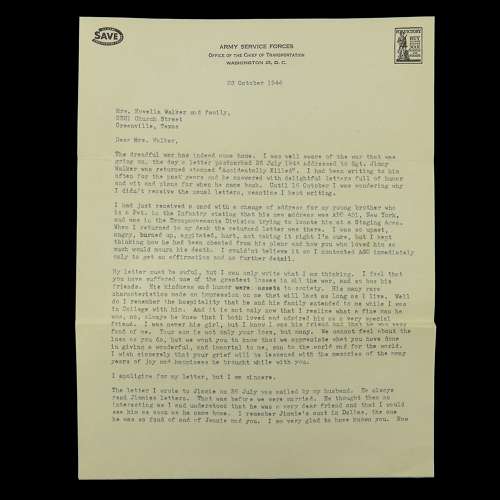 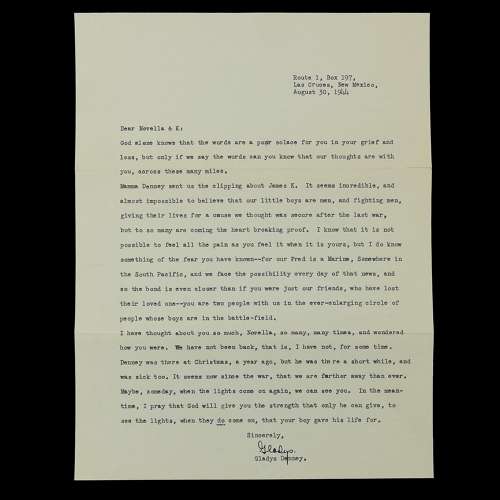 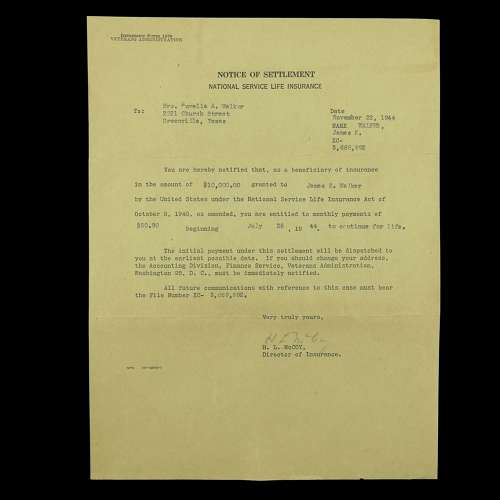 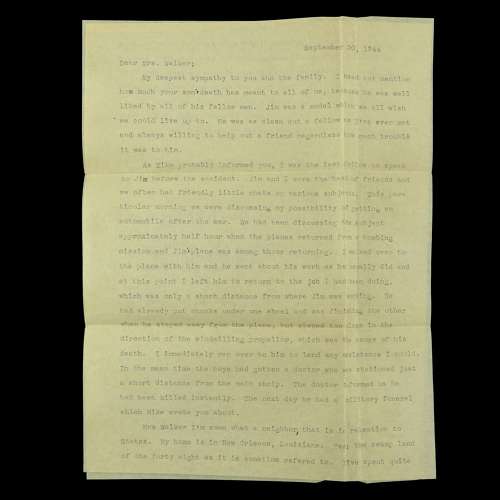 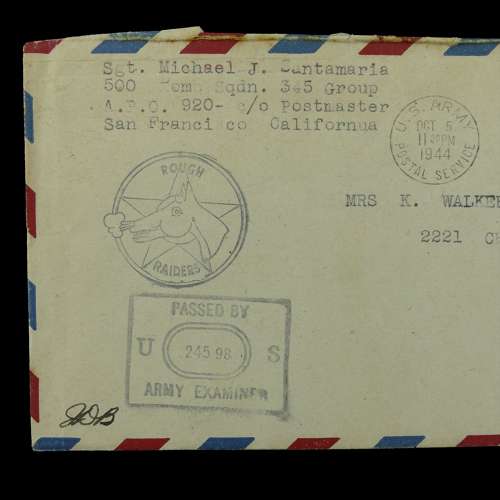 A letter dated May 1942 shows that he applied for aviation cadet training but was deemed to be 'not physically qualified' so he served as groundcrew in the South West Pacific theatre, engaged in combat with Japanese forces from Port Moreseby, New Guinea and later from Townsville, Australia.  500BS operated North American B-25 Mitchell medium bombers, modified with additional fixed machine guns for strafing missions.  Walker appears to have maintained the airframes, although in one of the many letters in the grouping it is suggested he was a 'crew chief', indicating he could have spent some time in the air.  Tragically, in 1944, Walker was killed in an accident following the return of the squadron from a sortie.  An eyewitness states in a letter that he had approached his aircraft and placed chocks under the wheels but was then fatally struck by one of the propellers.

We are offering a grouping comprised of his photograph album and other paperwork.  The former is leather bound, approximately 29 x 34cm and tooled with his name to the front.  It contains approximately 125 photographs of varying sizes - all held in with card corner mounts (plus a further 16 loose images).  The best of these are some very rare original 'nose-art' photos including 'Rita's Wagon', notable for having graphics for numerous raids, some ships sunk, 3 x Japanese aircraft.  Other aircraft shown are 'The General's Daughter', 'Mexican Spitfire', 'Old Baldy', 'Super Wabbit', 'Million $ Baby', 'Boom-Boom', 'The Old Man', 'Under Exposed', 'Yankee Girl', ' Modest Maiden', 'Rip Snorter' and 'Sooper Drooper'.  Many of these have personnel in shot and a few are captioned/named on the reverse, some have censor stamps too.  There are a few air shots including one of Hollandia Air Strip (Dutch New Guinea), and another of an attack on a Japanese ship.  Others show marching, various photographic Christmas cards and quite a few of personnel on jeeps and other vehicles around the bases.  Towards the back of the album there are photos with forces friends, women and a sympathy card from General Marshall.

The grouping also contains a leather folder, approximately 18 x 25cm, named to him.  This contains a small chrome plate cigarette case, a small leather purse with zip closure containing three unused Australian postage stamps, an AAF New Testament named to Walker and a small booklet 'On Duty For God and Country, 1944'  - bible lessons and readings for men in service, again named to him.

Next are 20+ letters and V-mails.  Some were sent from Australia to his mother and father, others relate to his death, including condolence and official letters.  Finally there are a few newspaper/magazine clippings and an alloy name/number plaque.  A very interesting and poignant group with some super unpublished nose-art photographs.  Worthy of further research.  Stock code P22803.