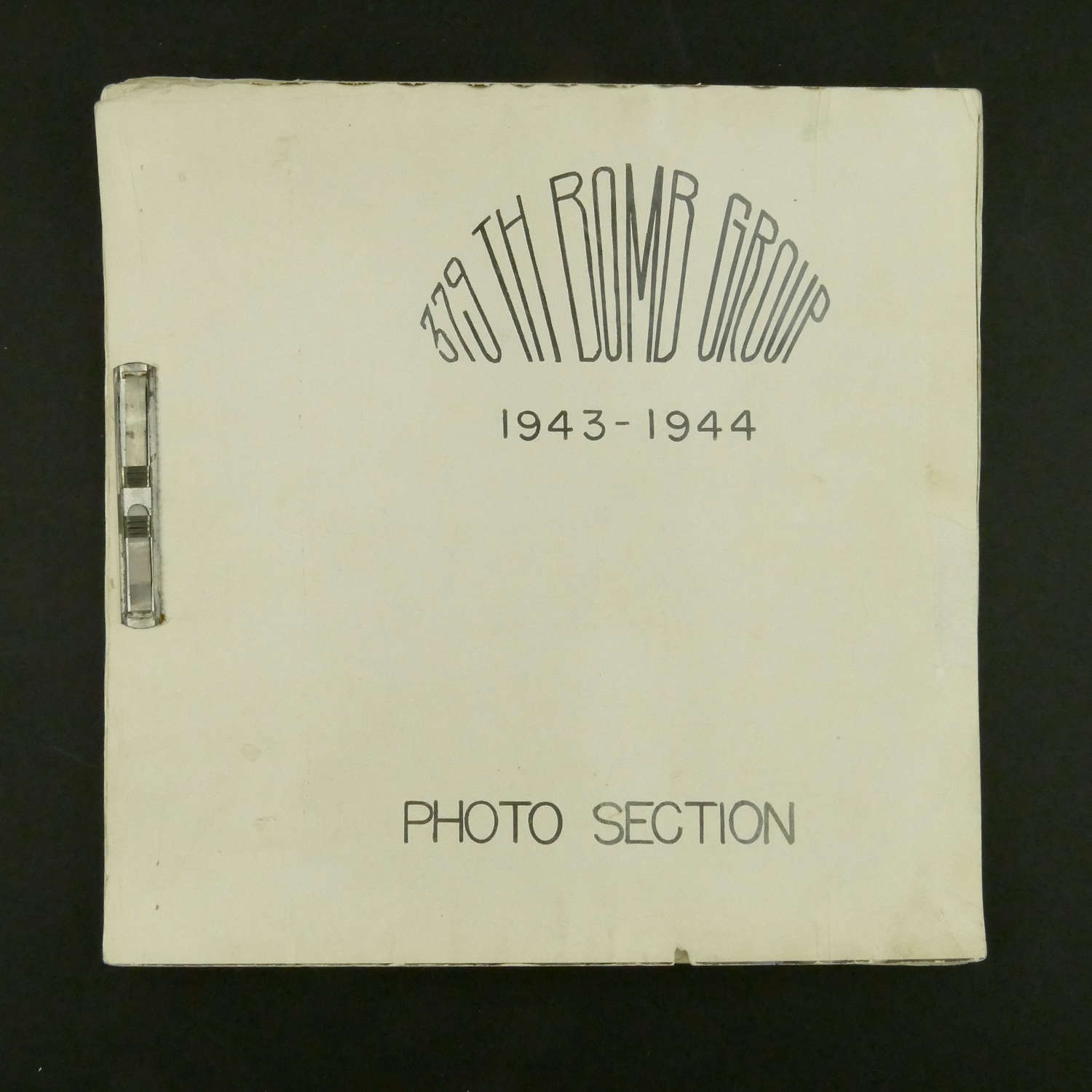 USAAF 379th Bomb Group Photo Section, 1943-1944.  P/b, 25.5 x 25.5cm. Approximately 14p.  Printed on photographic paper (single-sided). The 379th Bombardment Group (H) (Heavy), based at Kimbolton, Cambridgeshire, flew more operational sorties than any other Bomb Group in the 8th Army Air Force. It was awarded two Distinguished Unit Citations (DUC), the first for operations across the period beginning 28th May 1943 to 31st July 1944. The Group received a second DUC for flying without fighter protection into central Germany to attack vital aircraft factories at Oschersleben on 11th January 1944.  This book is a record from the photo section containing pages of 'contact' images from raid and reconnaissance images taken by the group.  These show targets, aircraft, and aircrews etc.  The cover is creased and dog-eared and the page edges are a worn.  Comes with 6x A4 sheets of (recent) enlargements making it easier to see the details within the photographs.  A rare find.  Stock code P24215A-187. 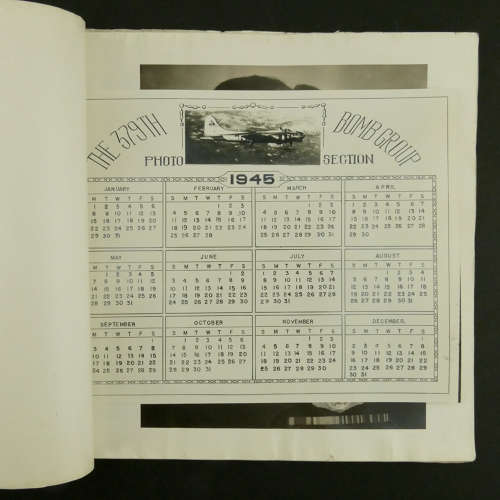 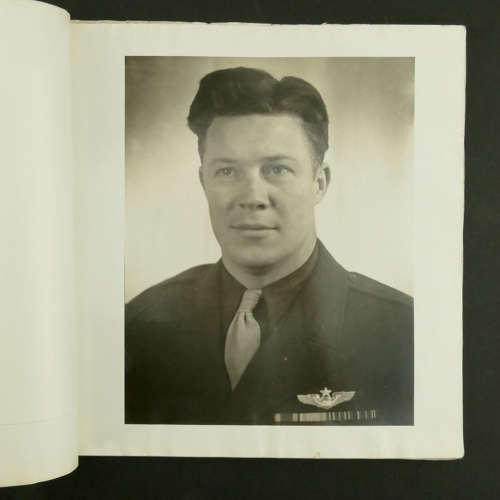 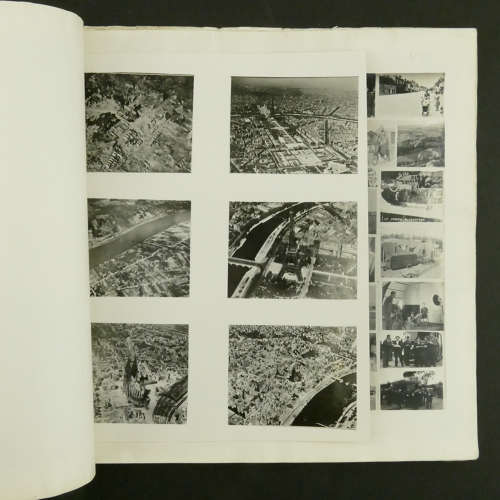 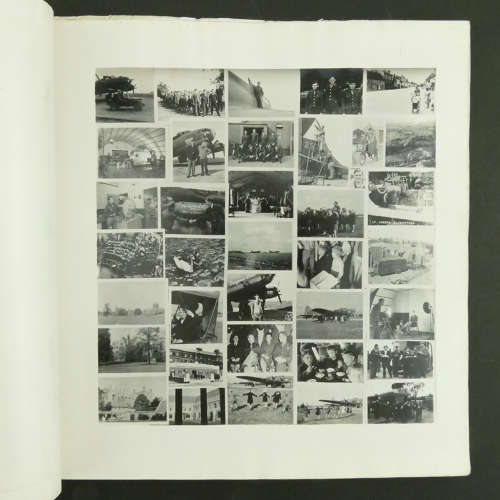 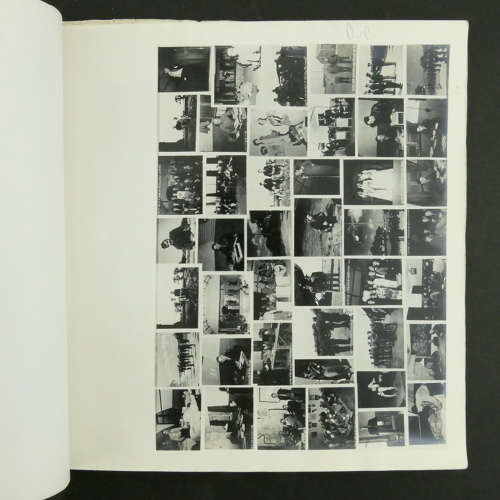 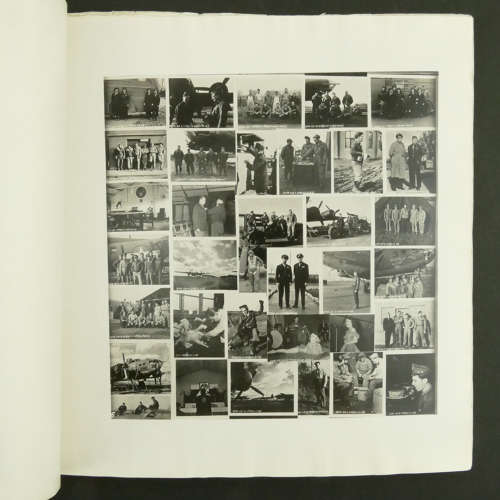 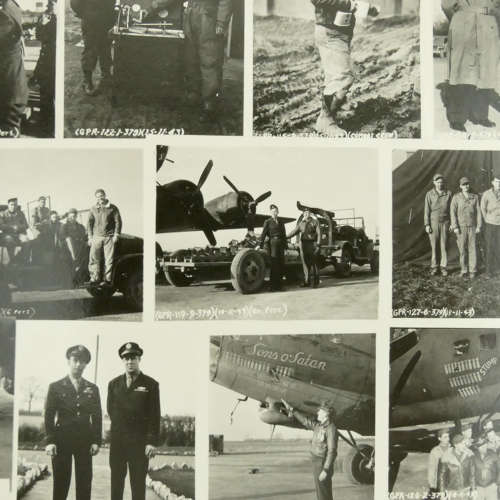 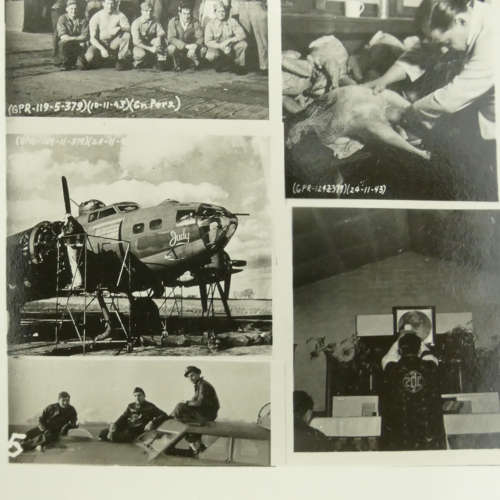 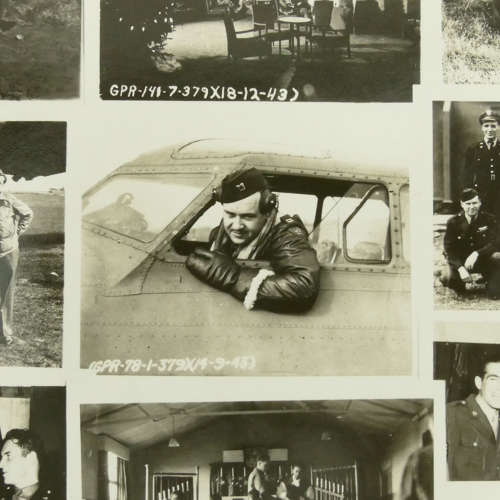 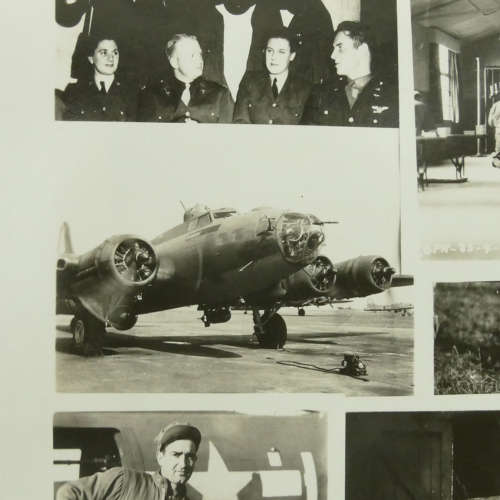 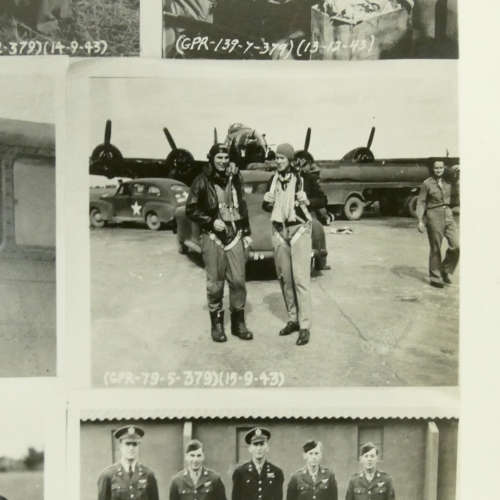 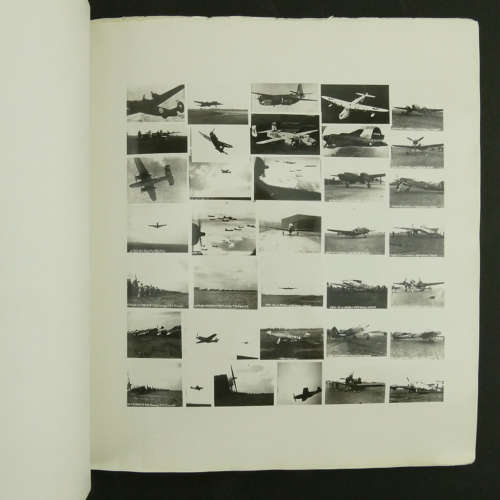 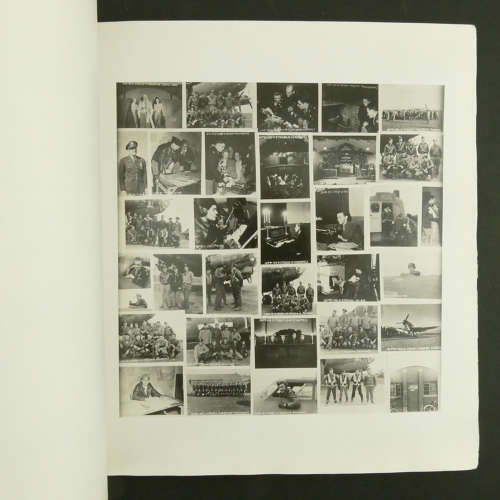 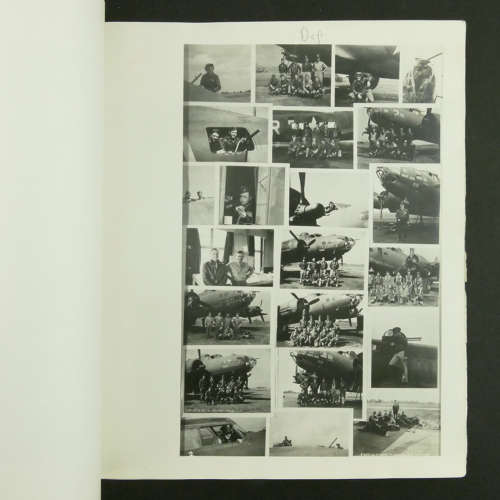 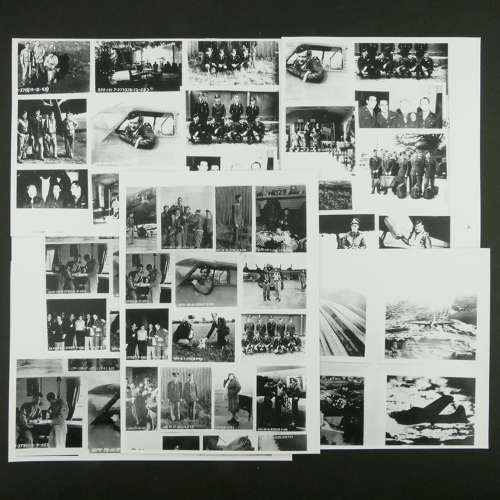