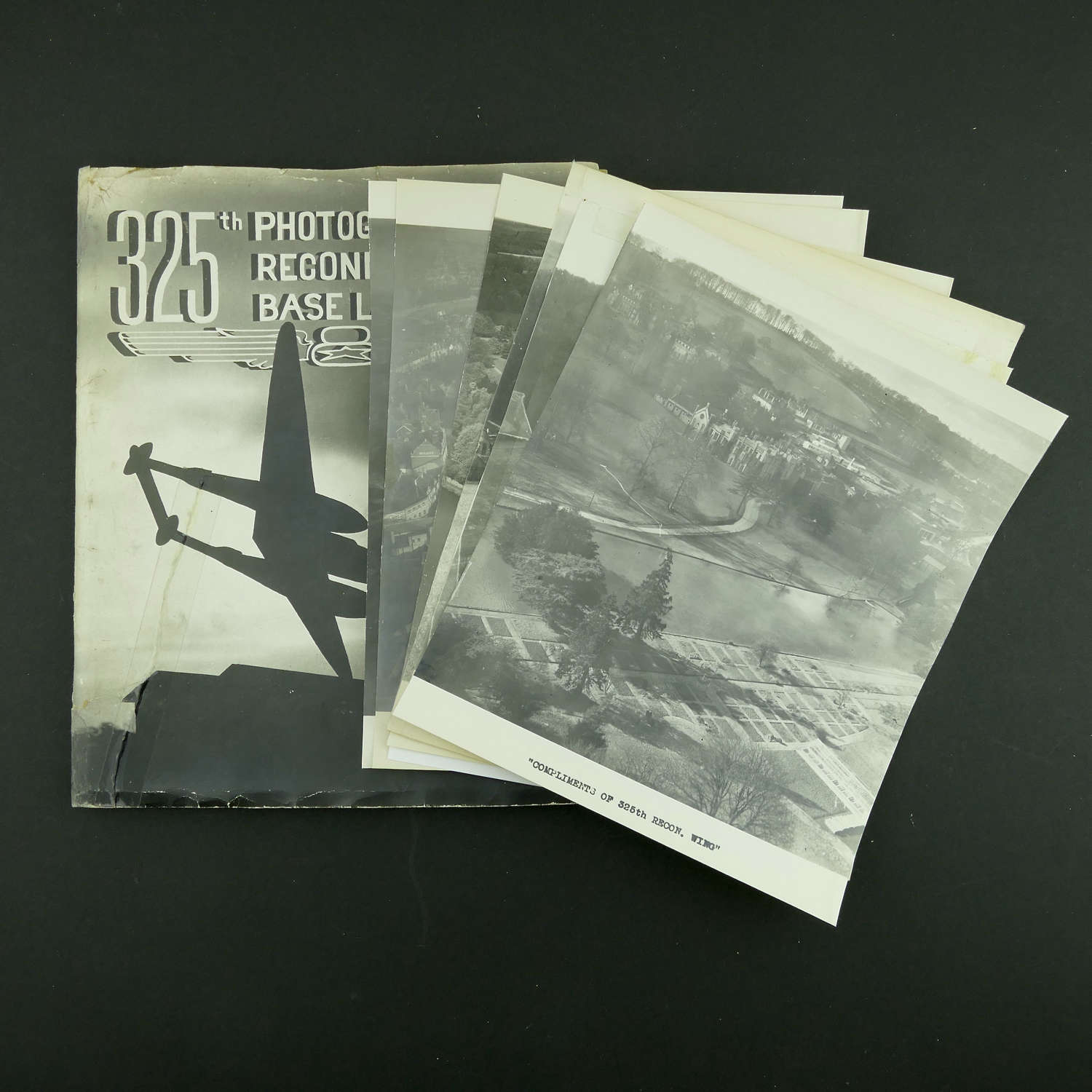 P/b, 23 x 28cm, 30p. 1945.  Produced and printed by the 325th Photographic Wing Reconnaissance Laboratory.  They were constituted as 325th Photographic Wing (Reconnaissance) on 17th July 1944 and activated in England on 9th August 1944,  assigned to 8th AAF. They were based at Danesfield, a large country house at Medmenham.  Nissen huts and other temporary buildings were erected as expansion continued and the 325th remained on site as part of the Allied Central Interpretation Unit until after VE Day.
The book was compiled for the purpose of recording in detail the various functions of the 325th Photographic Wing Reconnaissance Base Laboratory in the preparation of photographic material used in the Air Offensive of Europe and the Allied invasion of the Continent.  To ensure the success of an operation as large as the invasion, allied forces required millions of aerial photographs. Photographs of enemy fortifications and troop dispositions were vital to employment of ground forces, while 8th AAF daylight precision bombing of industrial and military targets required vast quantities of aerial photographs for target material. To fill these demands for photographic reproduction, the best available equipment (American and British) was obtained and supply requirements and channels were established. Personnel were furnished from the 1st (later redesigned the 8th) and the 2nd Photo Tech Squadrons. The unified effort by personnel of both squadrons enabled the laboratory to produce two million prints in a single month.  This is a pictorial record of their work. It is printed on a type of photographic paper and each page is 'doubled' (blank to rear).  The original owner, First Sergeant Frederick F. Slater (?) worked there and has written in the front 'This book will tell you all the things I couldn't tell you during the war with Germany and what we were doing to help win the war'.  The cover is dog-eared and has old taped repairs, the pages are generally very good.  The book comes with additional 7 loose aerial photographs of the estate/buildings were the 325th were based.  Another rare unit history.  Stock code P 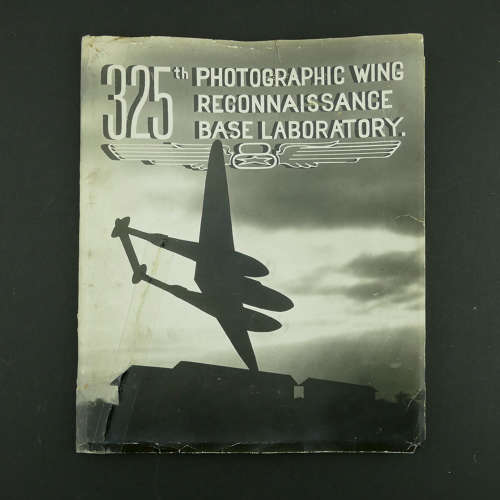 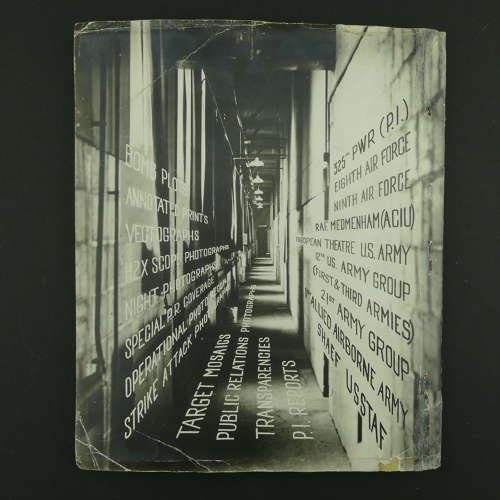 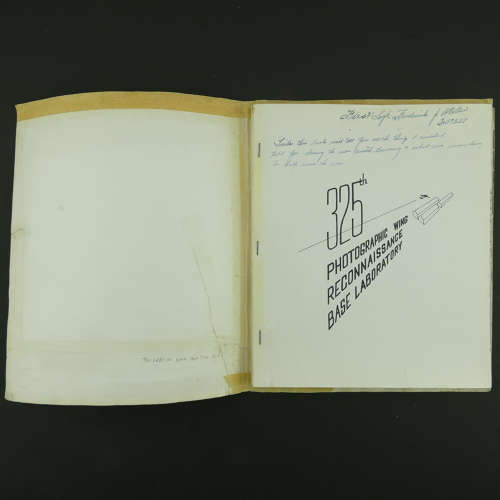 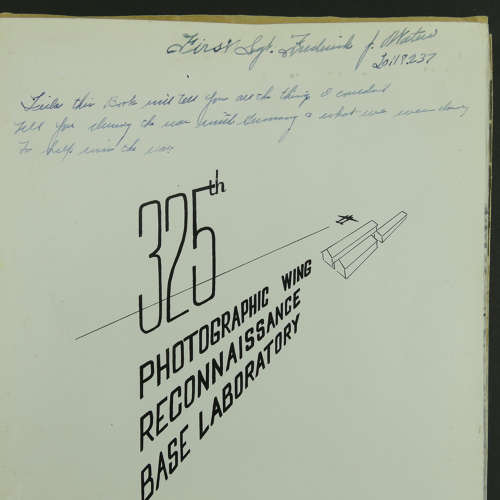 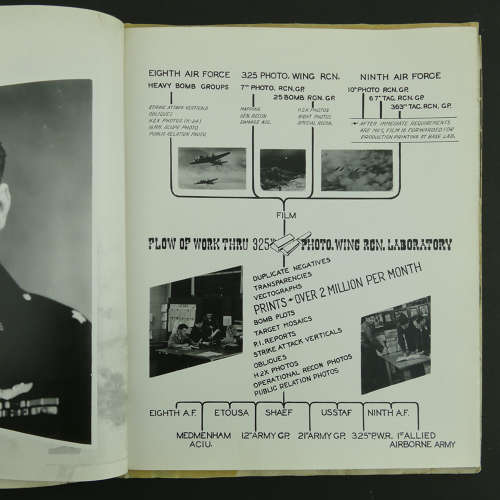 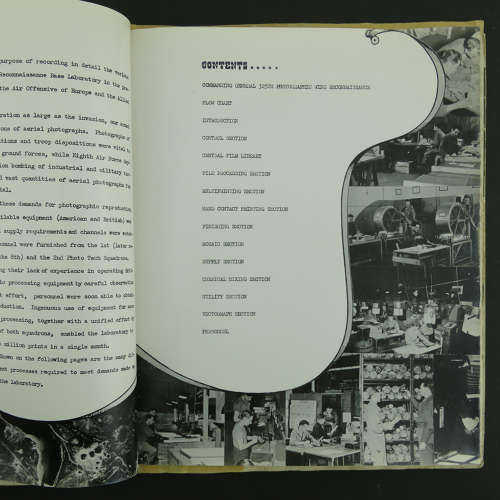 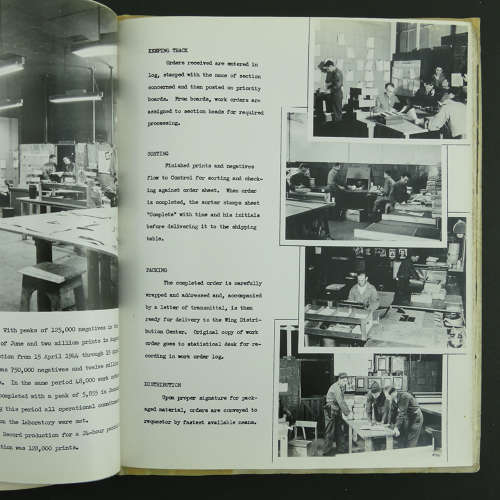 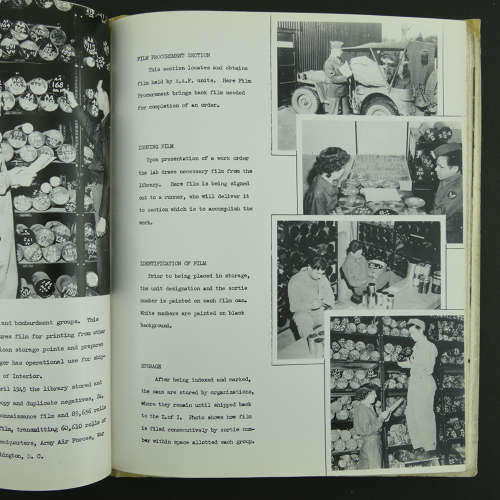 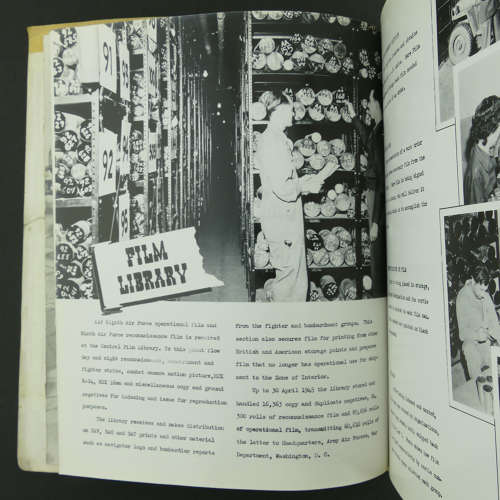 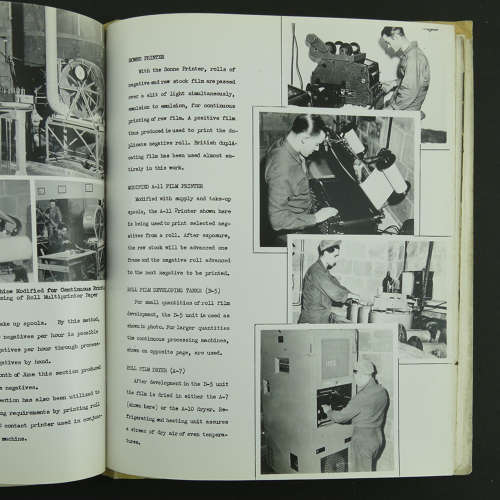 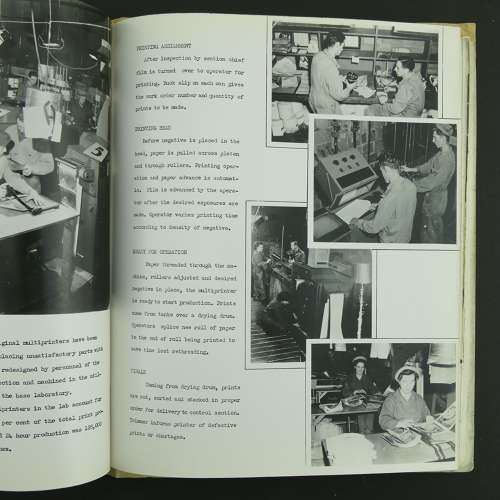 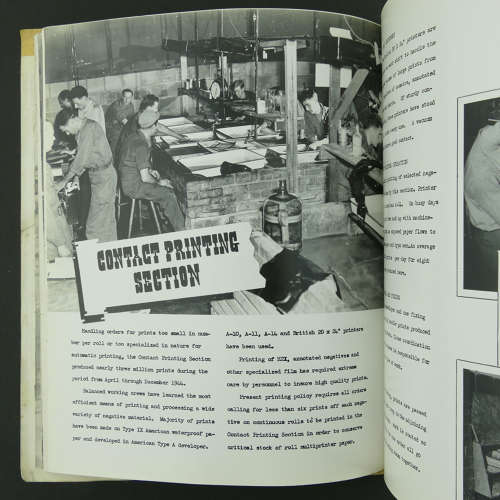 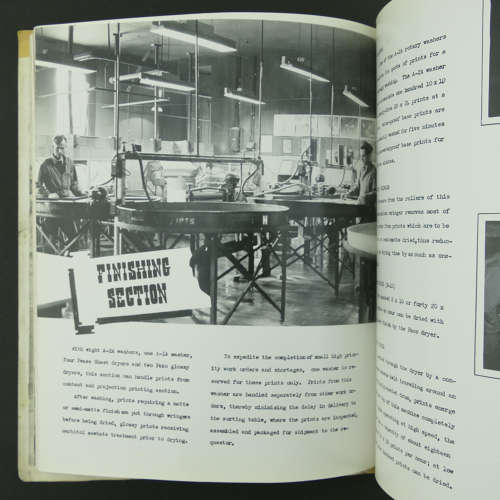 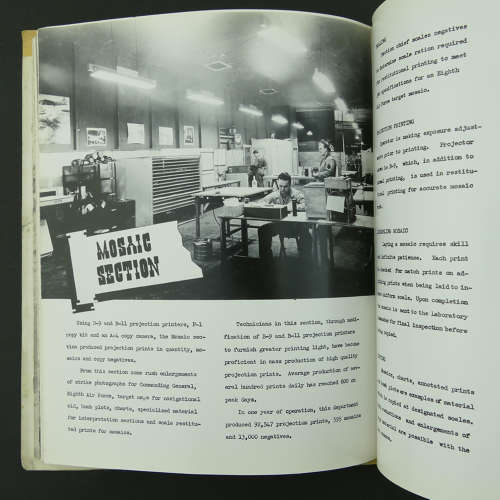 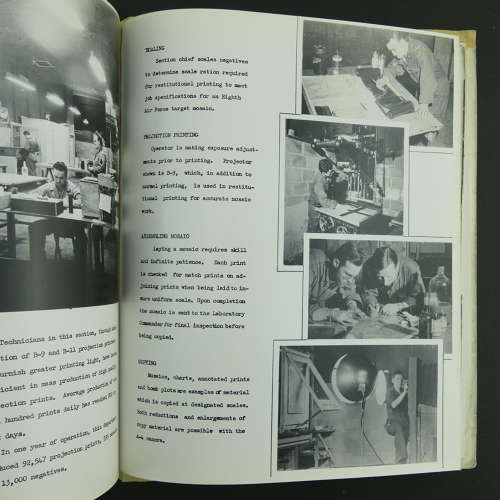 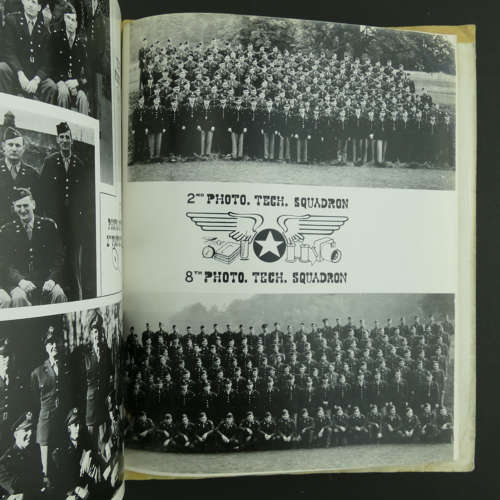 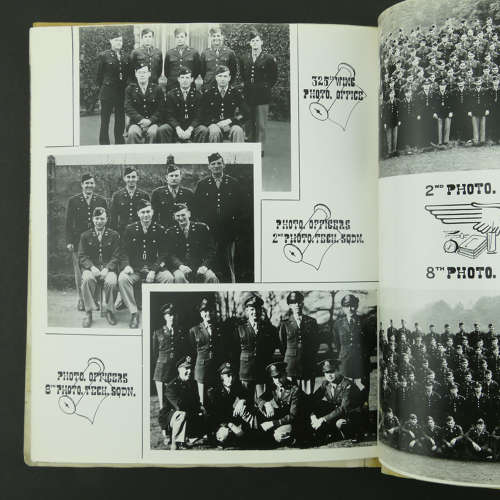 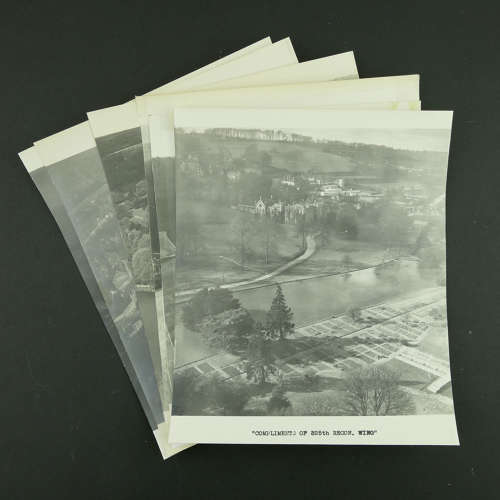 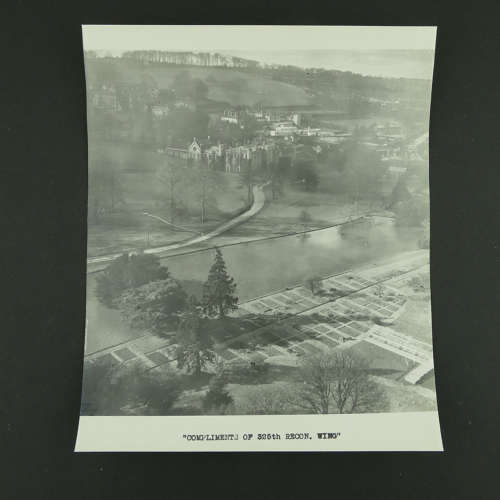 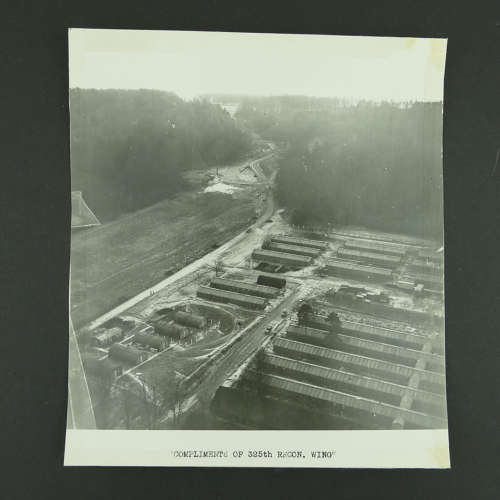 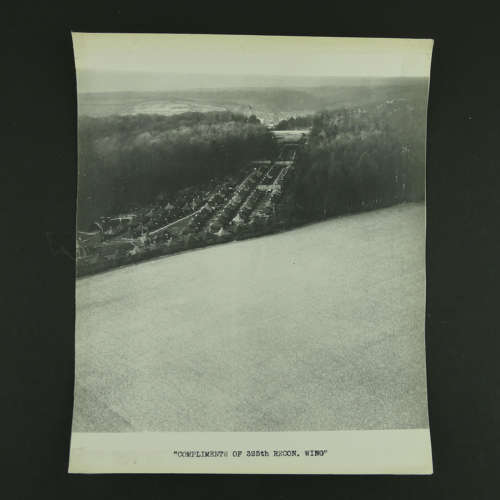 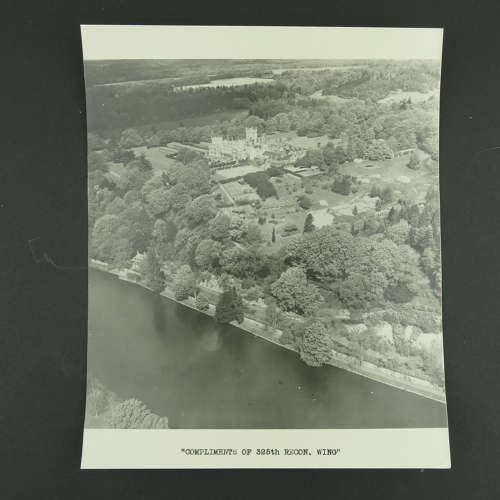 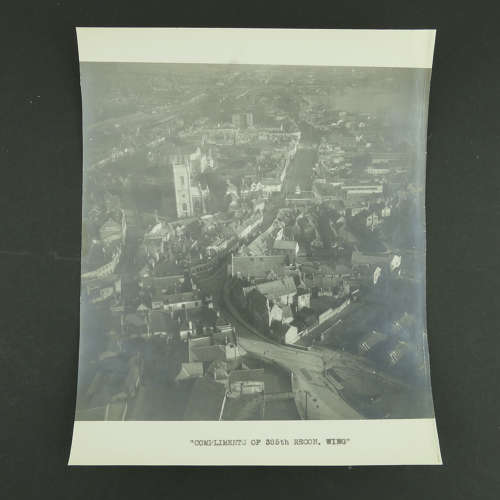 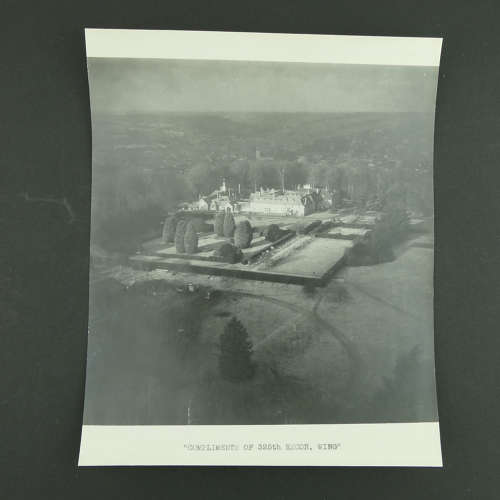 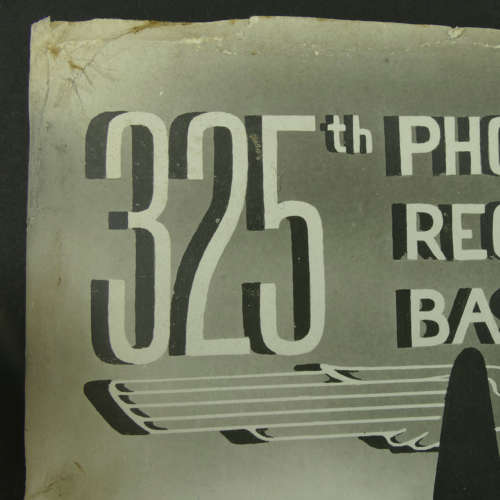 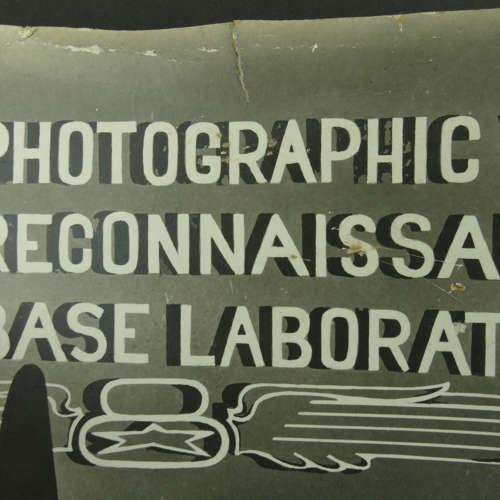 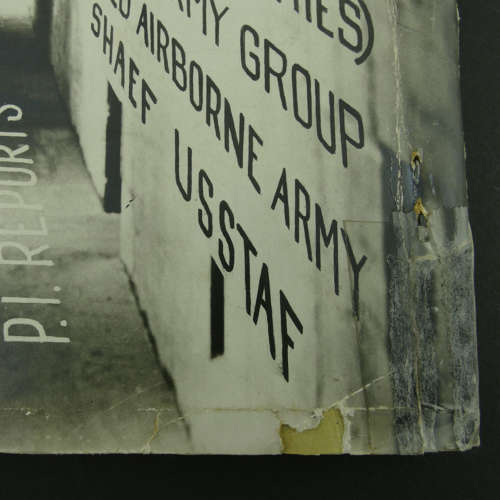 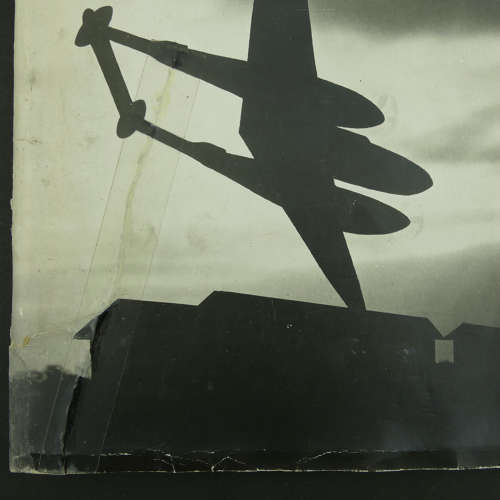