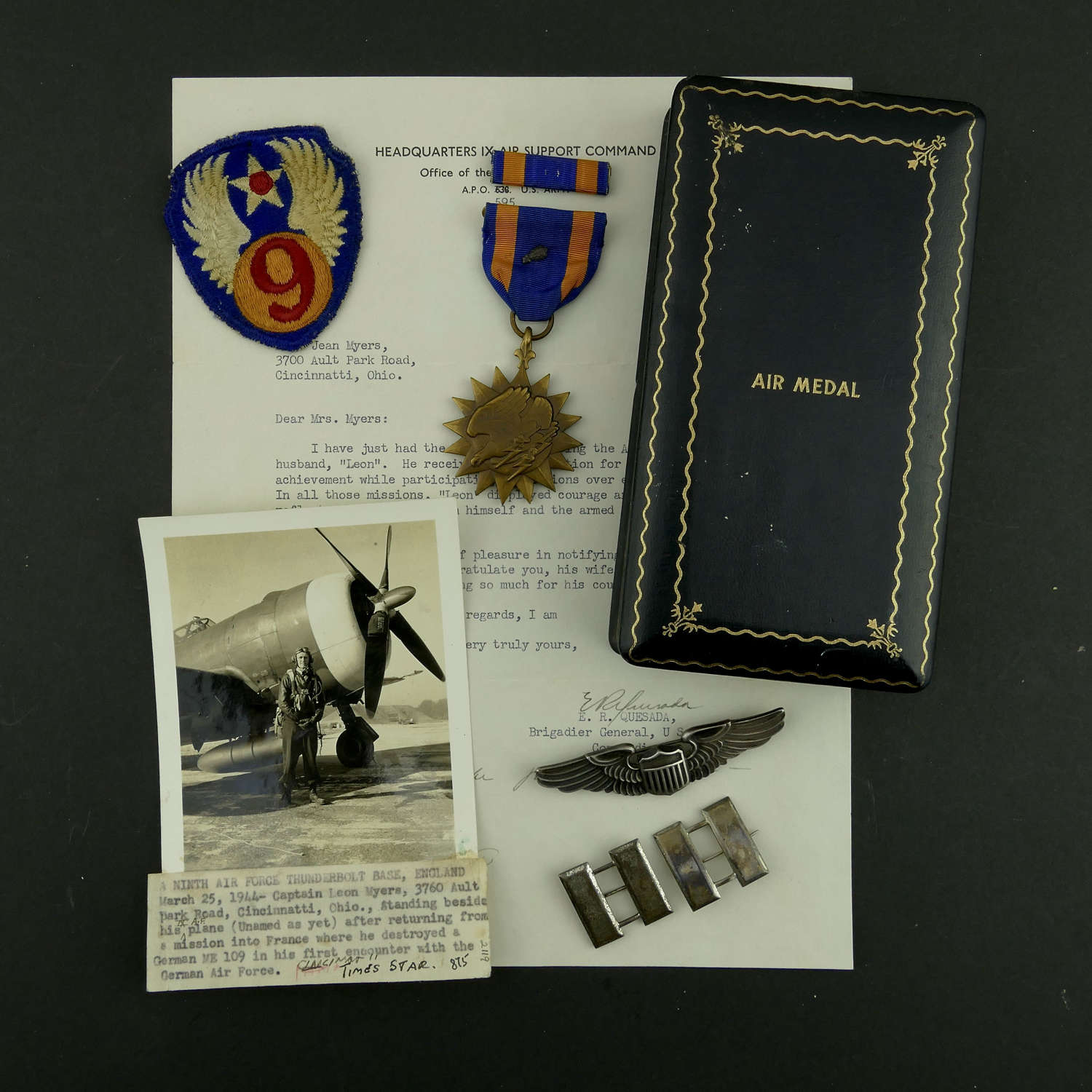 Captain Leon David Myers of Cincinnatti, Ohio flew P-47 Thunderbolts with the 396th Fighter Squadron, part of the 368th Fighter Group, 9th AAF. On 25th March 1944 he had his first encounter with the Luftwaffe over France, destroying a Fw190. On 19th April Brigadier General E.R. Quesada of HQ 9th Air Support Command, wrote to his wife about the presentation of the Air Medal to her husband for 'meritorious achievement while participating in missions over enemy territory.  At the end of the typed letter he wrote by hand, 'you must be proud of Leon - we are'.  On 26th July 1944 he was part of a low-level strafing mission when his aircraft, P-47D 42-26939, struck a tree and crashed near Tessy Sur Vire, France, killing Captain Myers in the impact (details in MACR7352).  He is buried at the Golden Gate National Cemetary, St. Bruno, California - Plot Section K, Site 50.
Here we have a super press photograph of Myers in full flying kit standing next to his Thunderbolt. His British C-type helmet, AN6530 goggles, A-14 mask and RAF 1941 pattern gauntlets are all clearly visible.  The photo has a typed caption below stating the destruction of a ME 109, but on the back, 'FW190' is written in pencil, and this is corroborated by information given on the 368th Fighter Group website. We also have the letter to his wife regarding the award of his Air Medal and the cased Air Medal itself, engraved to rear with the pilot's name.  The case also contains a medal bar (lacks fixings & oak leaf clasp). Other items include a good set of his Sterling marked pin-backed pilot wings manufactured by LGB (L.G. Balfour), a pair of pin-backed Sterling marked Captain rank bars and a machine-made 9th AAF shoulder patch.  An excellent and poignant grouping.  Stock code P24215A-168. 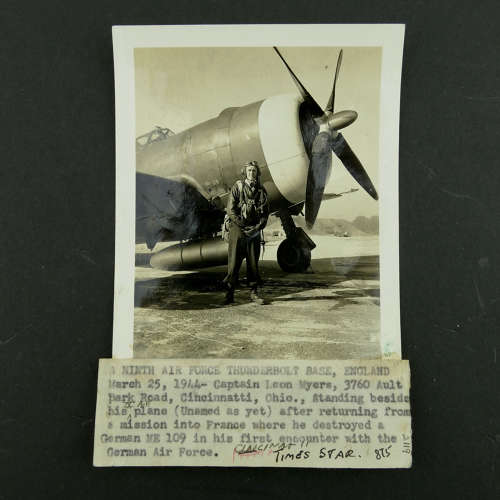 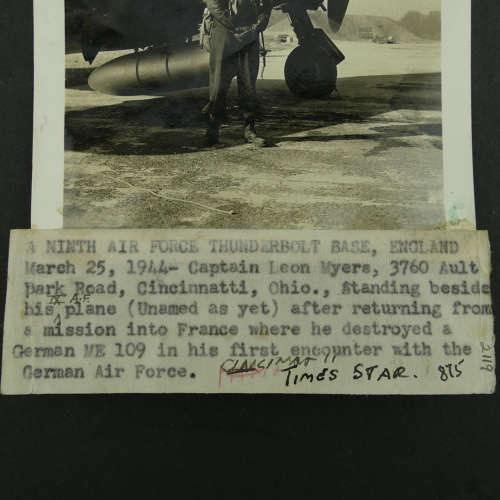 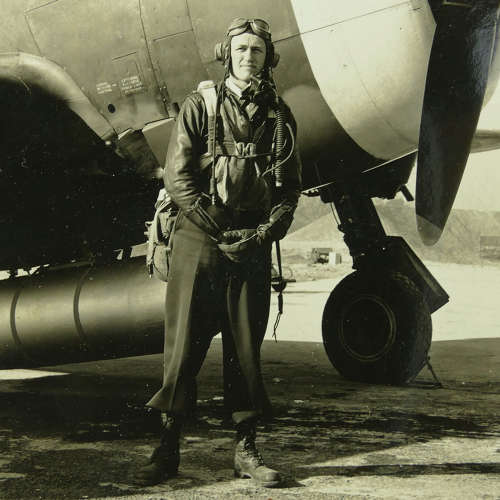 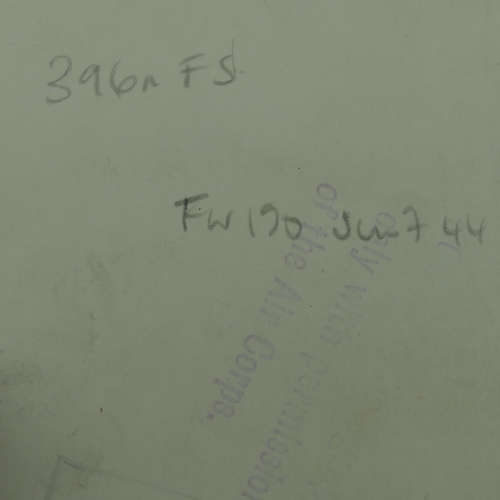 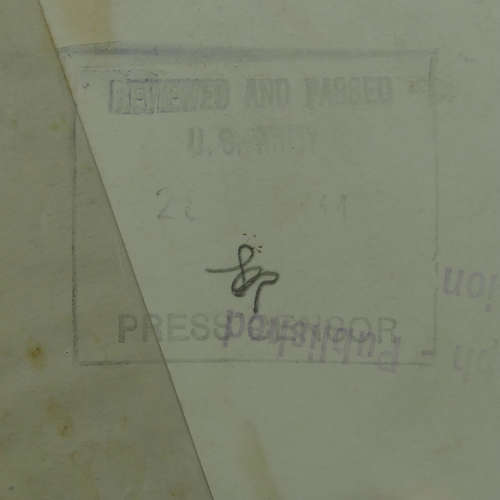 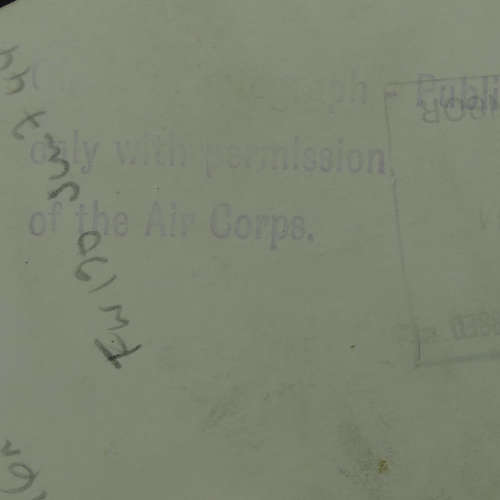 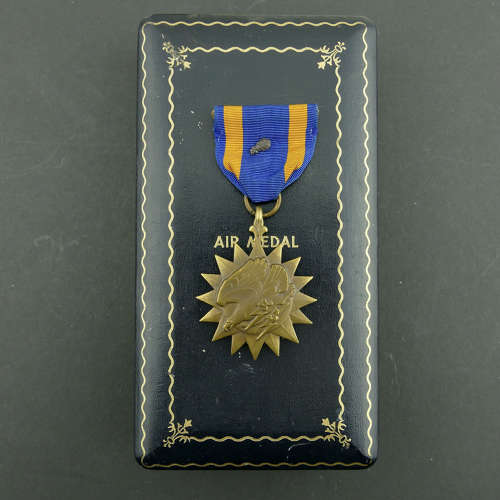 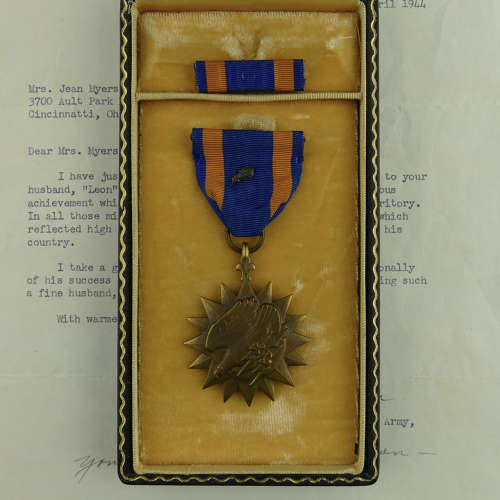 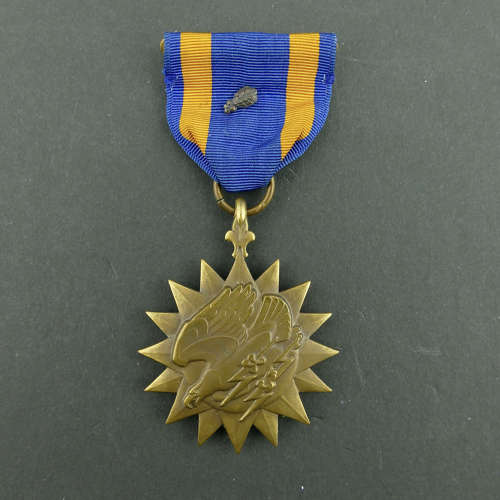 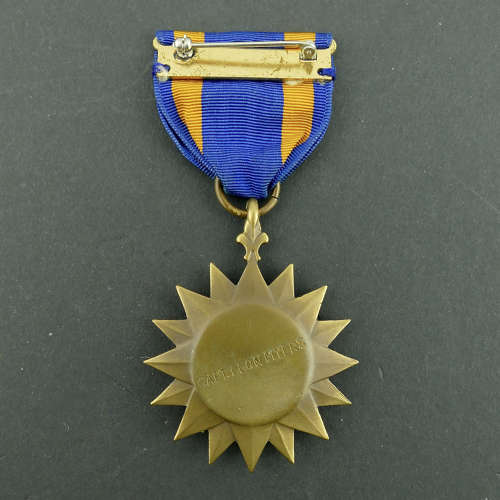 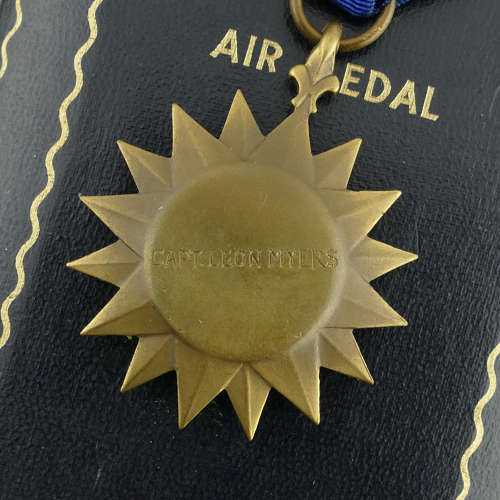 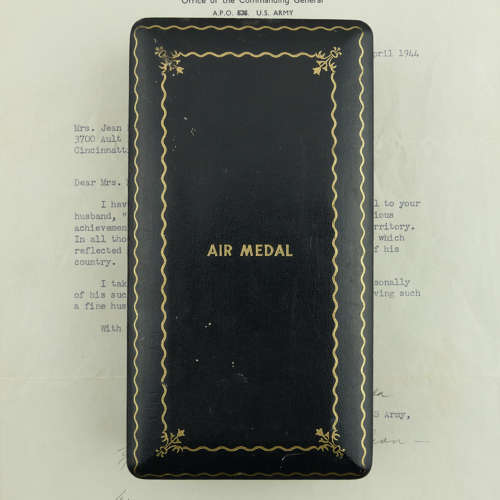 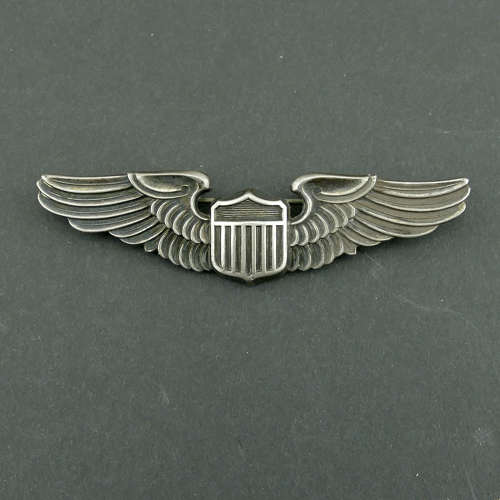 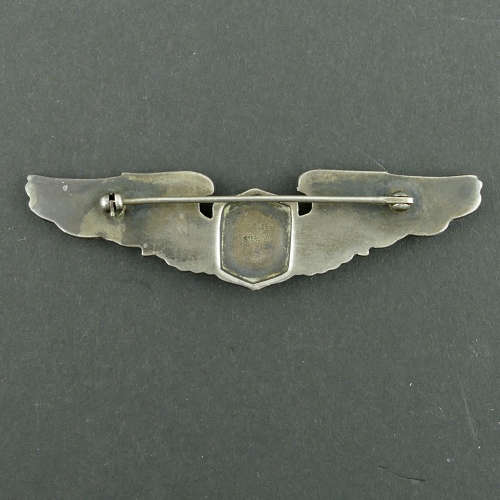 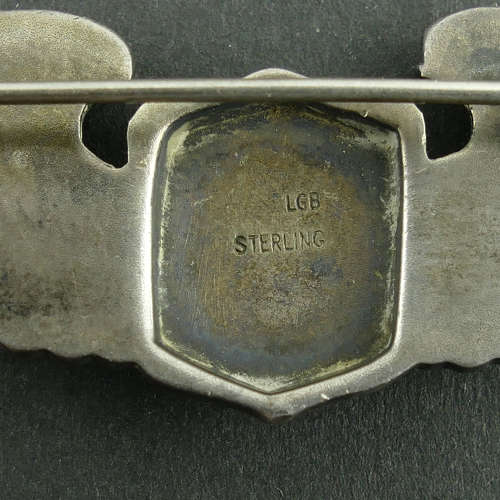 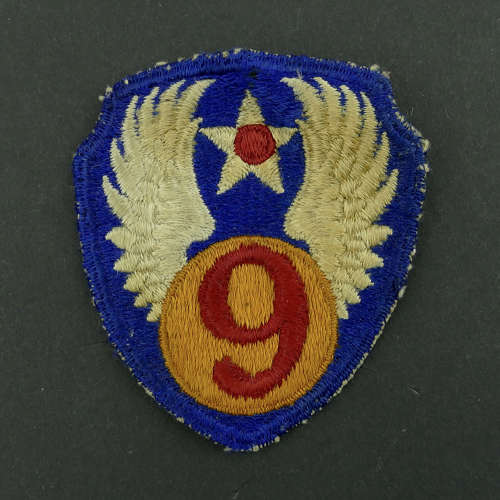 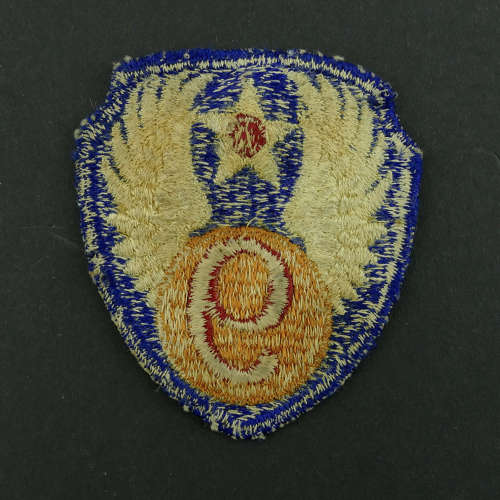 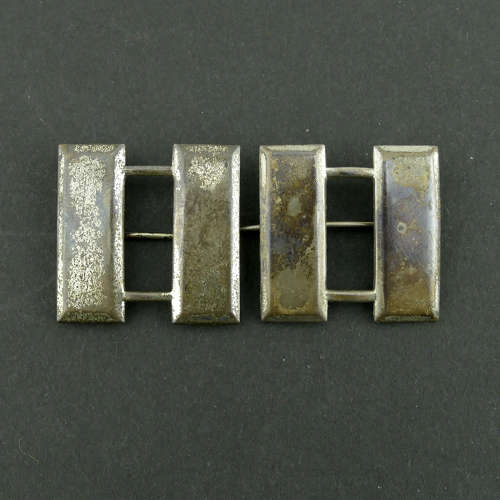 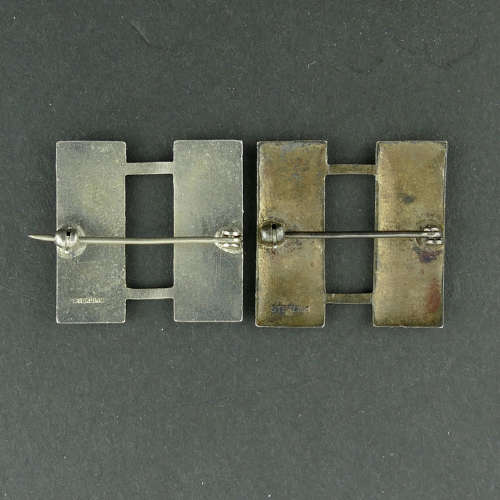 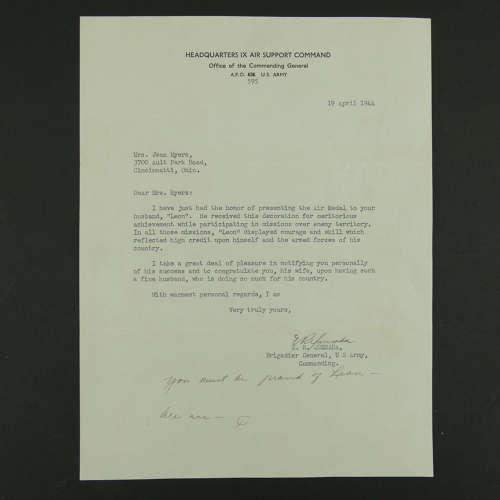 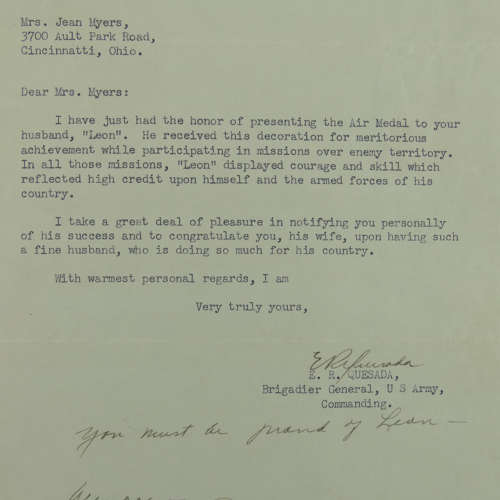 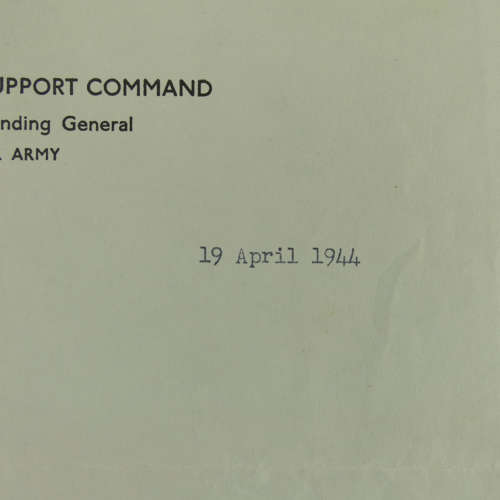 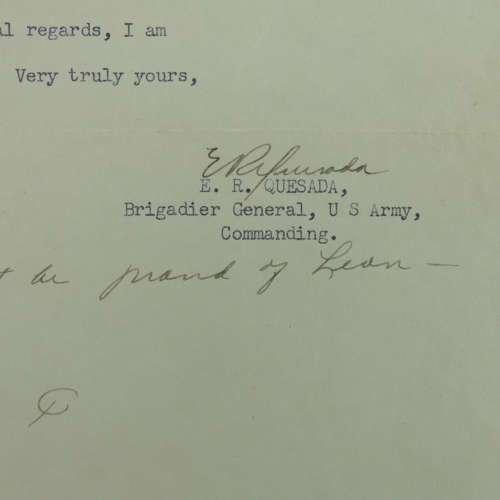