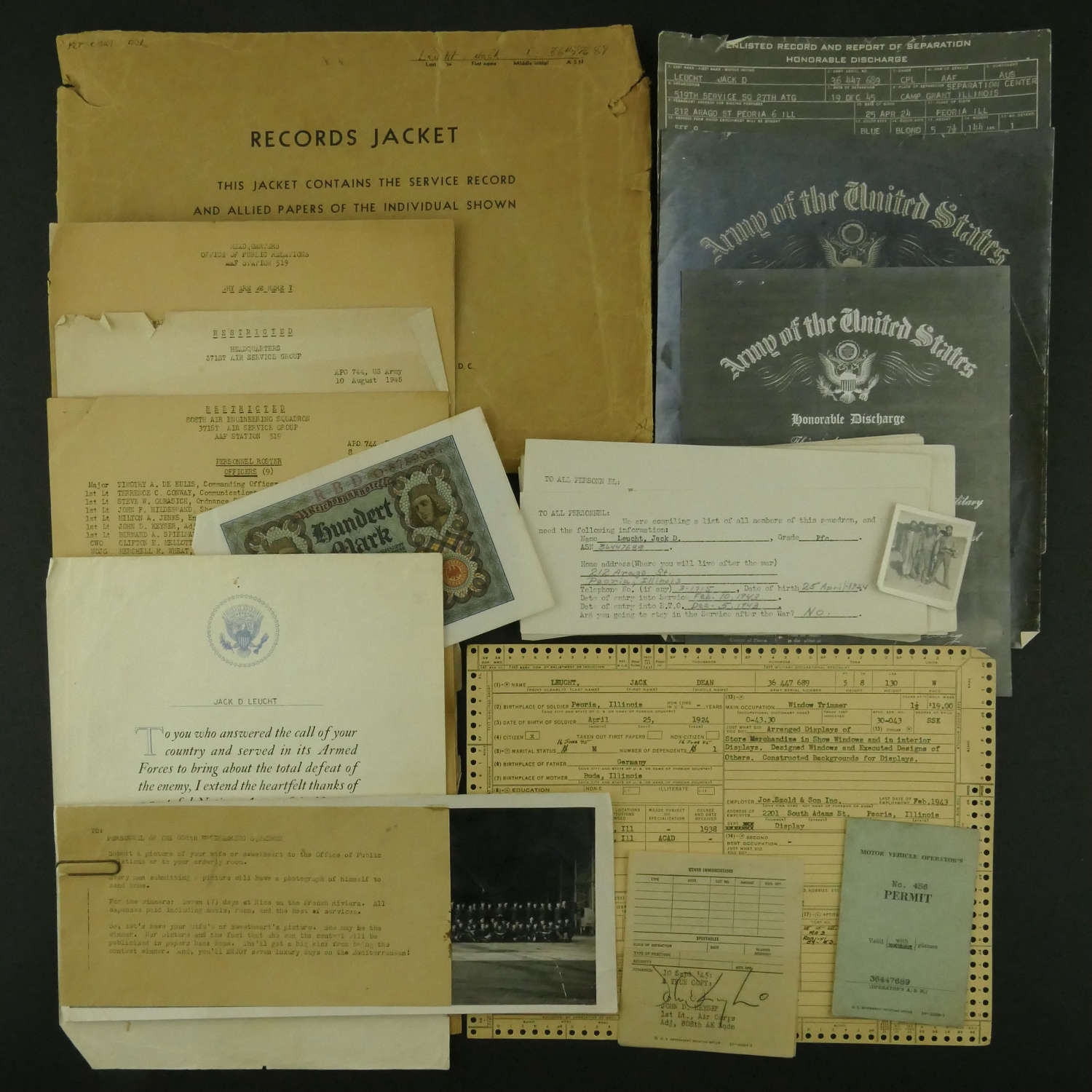 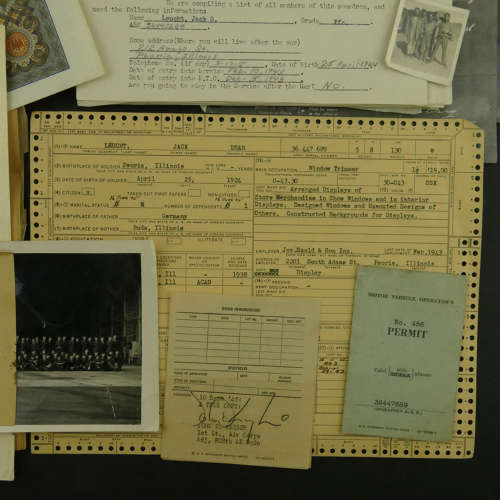 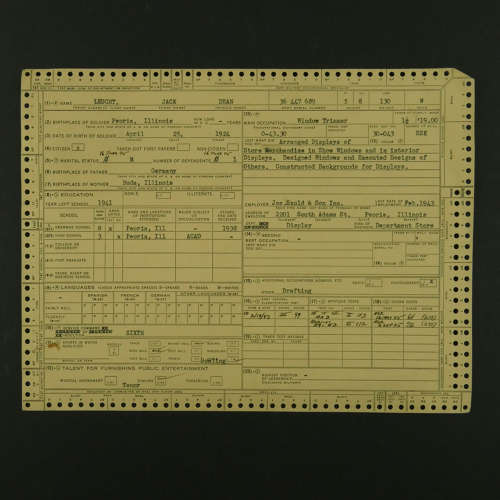 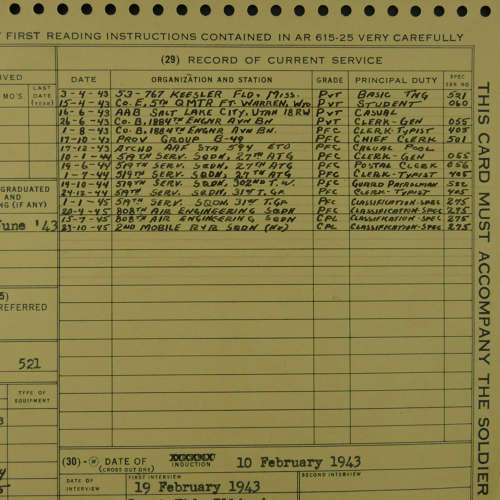 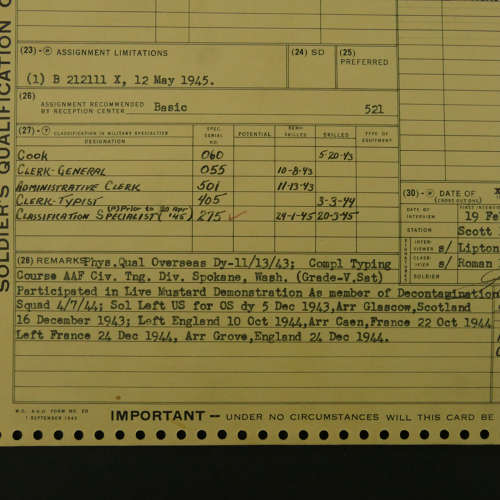 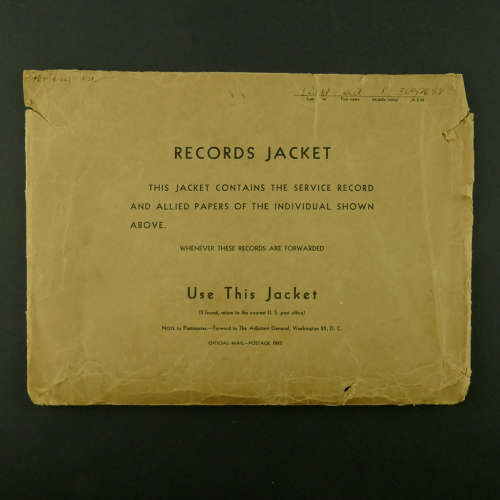 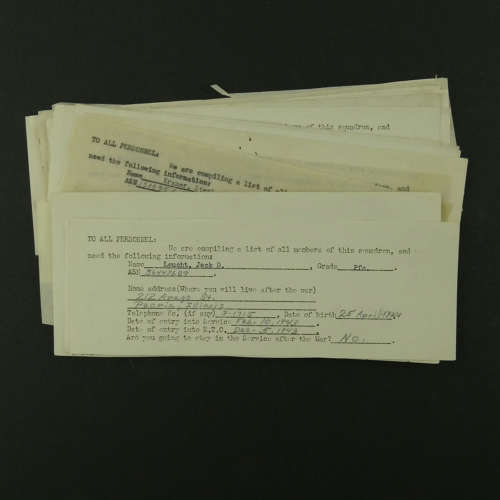 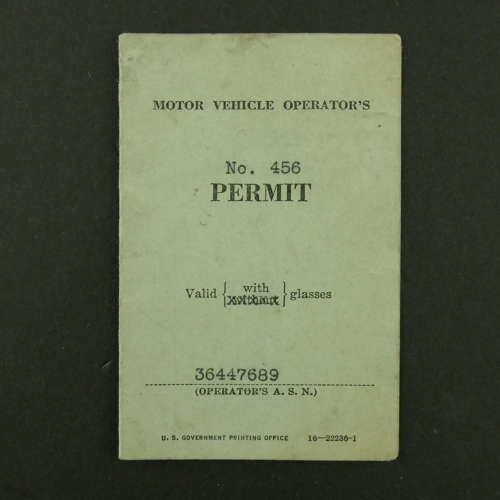 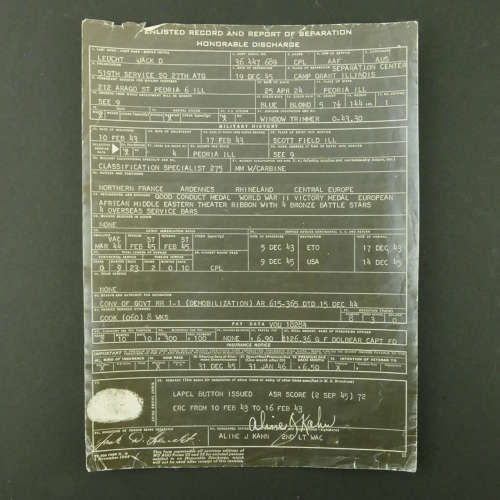 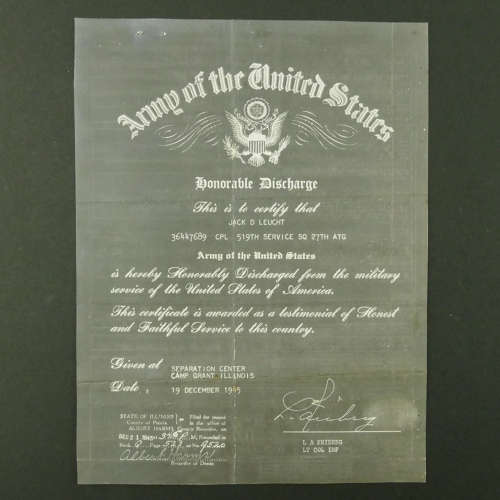 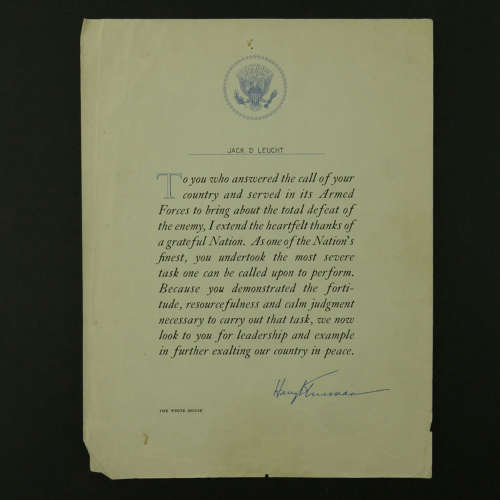 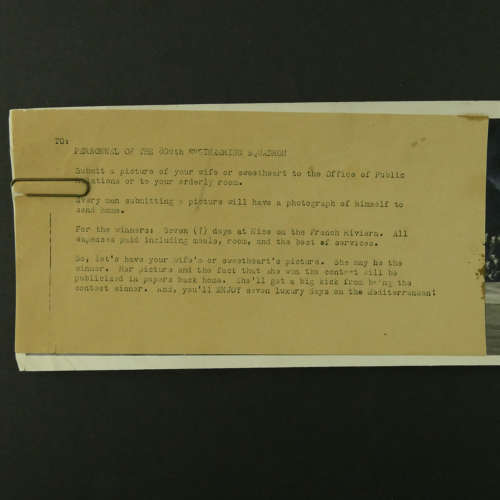 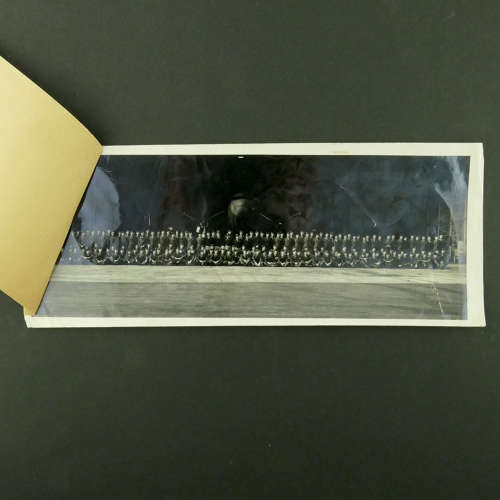 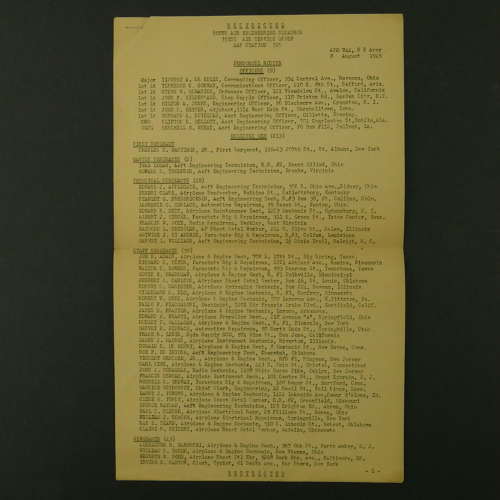 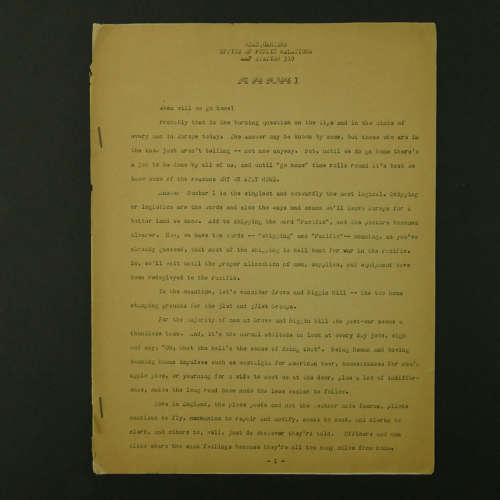 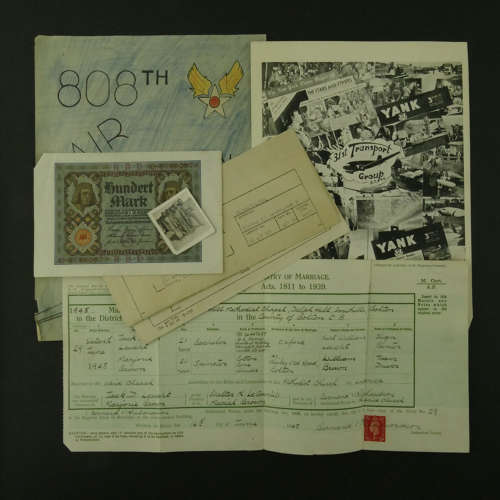 Service records of Private (later Corporal) Jack Dean Leucht, 36447689.  He did his basic training at Keesler Field, Missouri c.April 1943 and left the US for overseas service on 5th December, arriving in Glasgow on 16th.  He served as a clerk/typist with the 9th AAF, 519th Service Squadron, 27th Air Transport Group at Station 594 (Replacement Control Centre), Jefferson Hall, Yarnfield, Stone, Staffordshire.  In October 1944 he was posted to France, arriving at Caen on 22nd where he served as a Guard Patrolman with the 302nd Transport Wing.  He left France on 24th December arriving back in England the same day.  He then joined the 31st Transport Group of the 519th Service Squadron, later joining the 808th Air Engineering Squadron.  His records show him to be a qualified 'sharp shooter' with the M-1 Carbine, and to have qualifications as a cook.  With his record card are some roster sheets (August 1945) for Station 519, a 3-page document 'Why are we here', explaining why some AAF personnel were still in the UK after VE day.  Also, his honorable discharge sheets (December 1945) showing his medal entitlement for the Good Conduct, WW2, and Victory medals plus the ETO medal with 4 bronze battle stars and 4 overseas bars.  Further items include his service certificate, a quantity of slips giving the names and addresses of members of his squadron, a photo of personnel of the 808th, a driving permit c. May 1945, his wedding certificate (he married a girl from Bolton In June 1945), and other sundry items.  All contained in the original official 'Records Jacket' card envelope named to Leucht. Stock code P24215A-197.