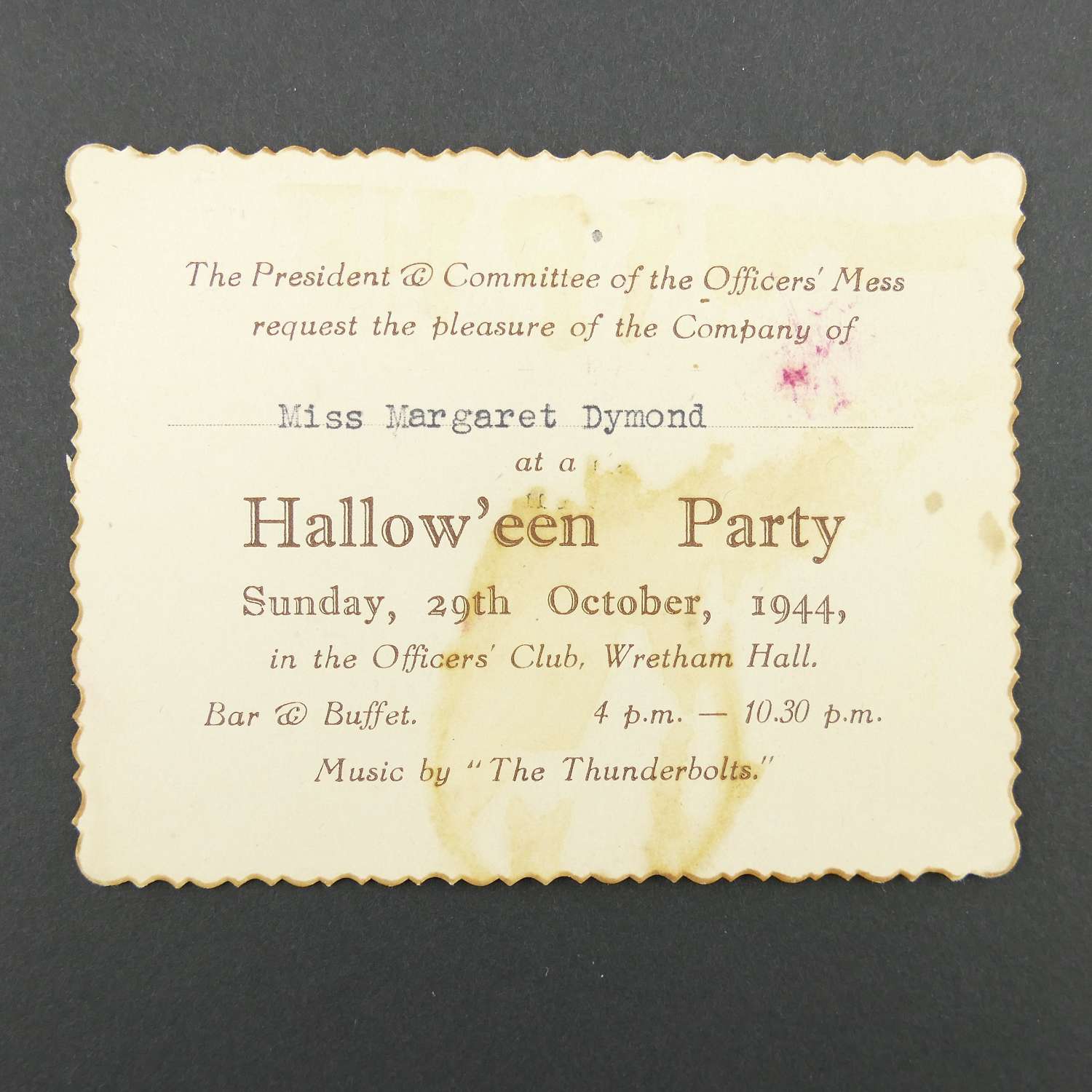 Approximately 11.2 x 8.5cm.  Invitation from The President & Committee of the Officers' Mess to Miss Margot Dymond for a Halloween Party on Sunday 29th October, 1944, in the Officer's Club, Wretham Hall.  RAF East Wretham (AAF station 133) was a satellite base for RAF Honington near Thetford Forest in Norfolk.  It was home to the 359th Fighter Group of the 8th AAF.  Nearby Wretham Hall was used to provide officer accomodation for the American personnel.   Some marking but reasonably good.  A rare survivor.  Stock code P24215A-84.