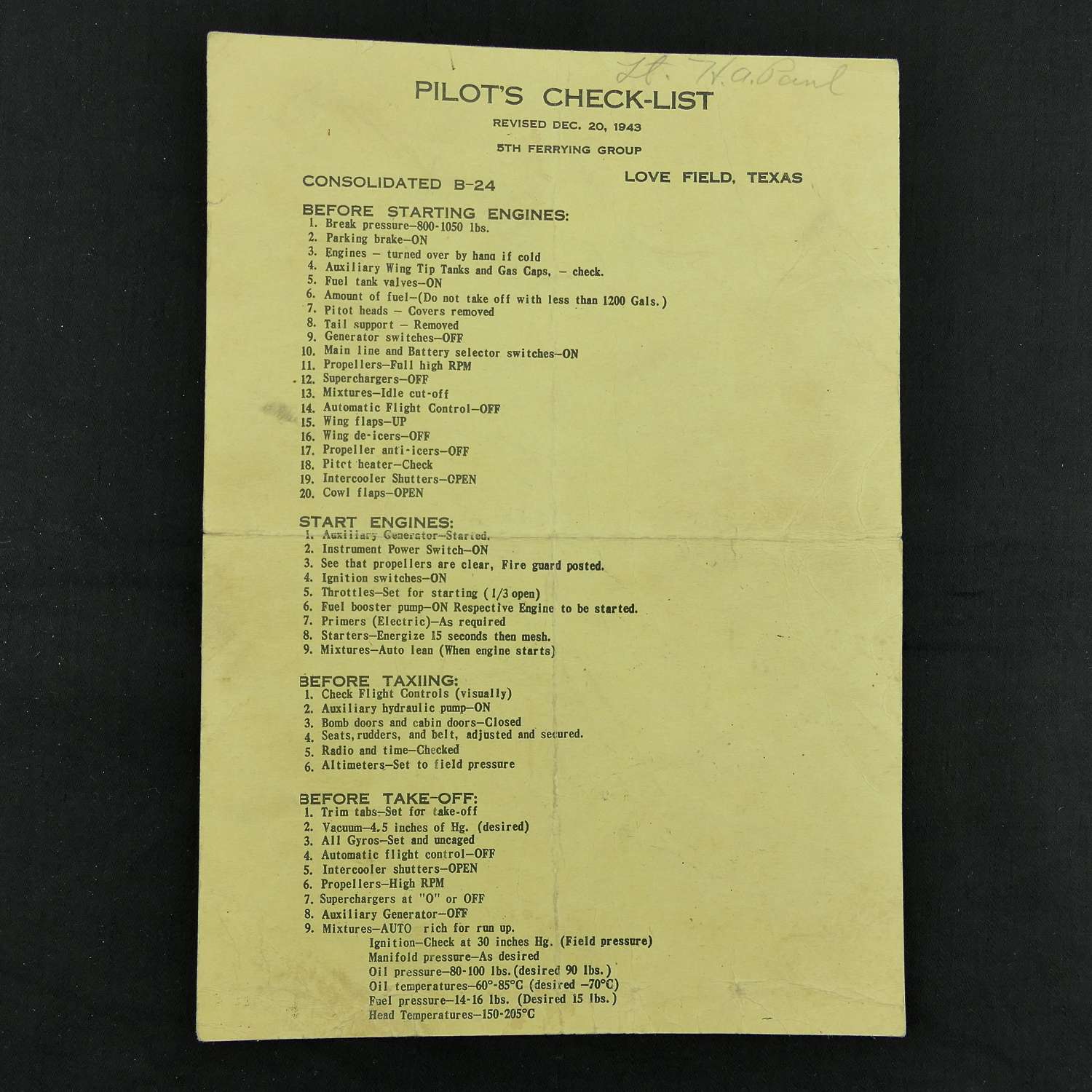 Pilot's check-list for the Consolidated B-24 'Liberator' bomber.  A double sided card sheet approximately 18 x 25cm.  Named at the top to Lt. H.A Paul.  Grubby/folded but perfectly sound and legible.  We purchased one of Paul's uniforms and some paperwork and insignia back in 2003 and have recently repurchased some of the paperwork along with a large quantity of other 8th and 9th AAF paperwork, manuals, photograph albums and so on. 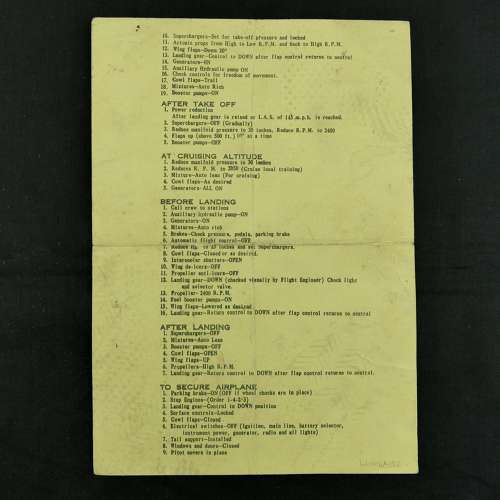 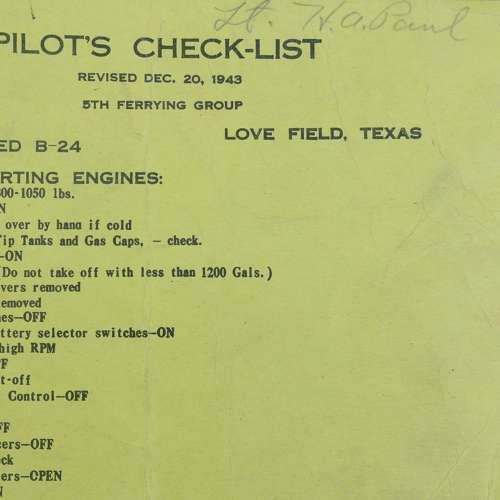