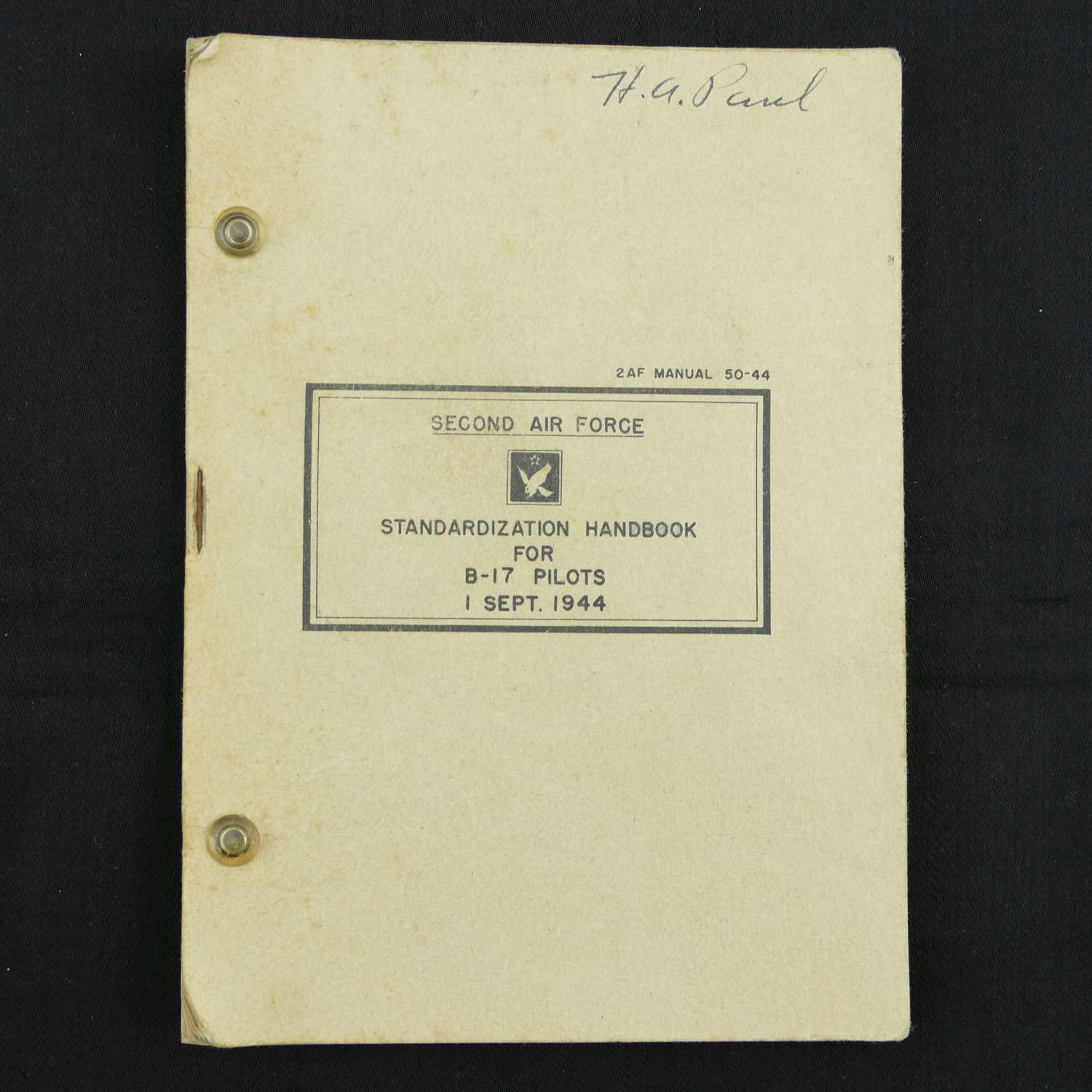 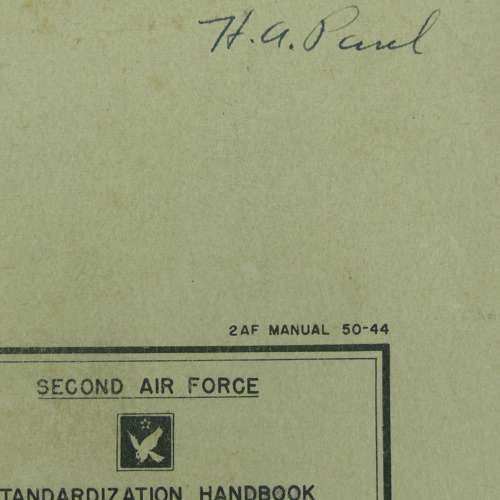 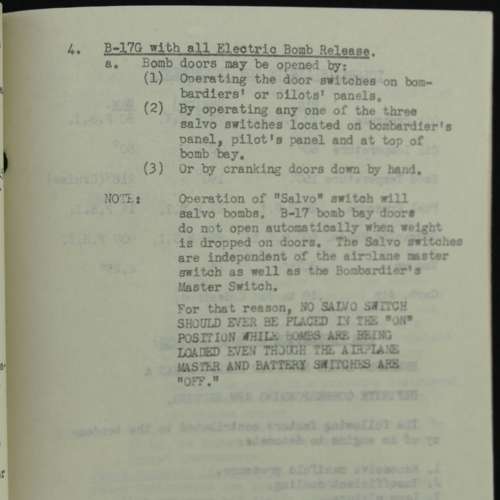 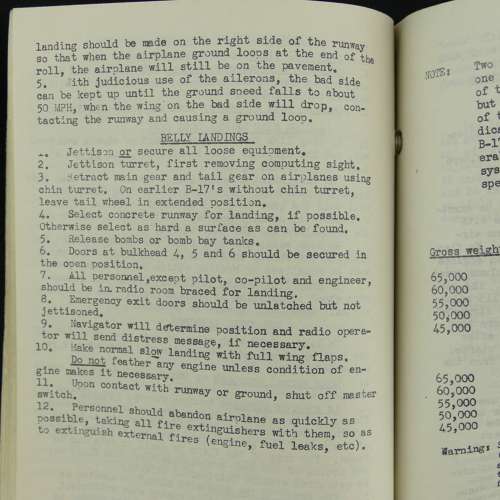 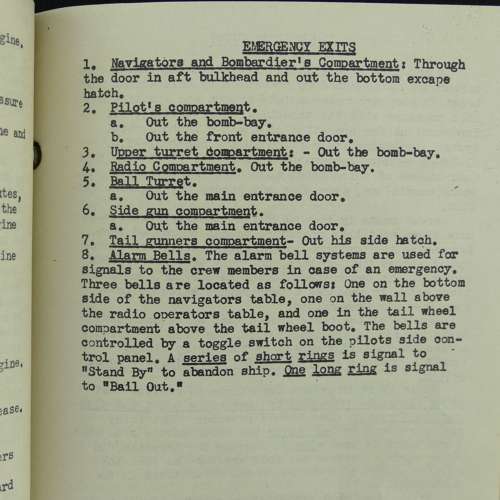 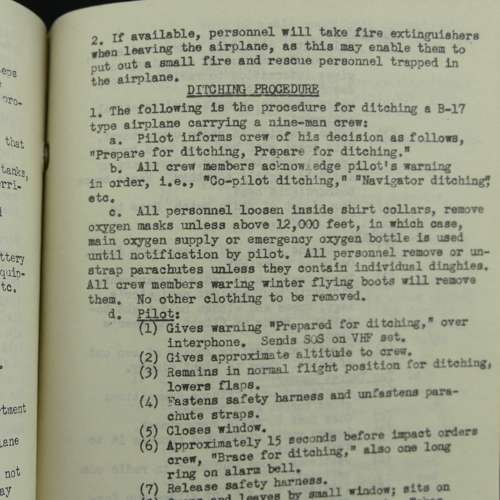 Second Air Force Manual 50-44.  Approximately 12 x 16.5cm, 70p, September 1944.  'This handbook, which outlines standard operating procedures for the B-17, has been prepared as a guide for pilots.  It covers everything from preflight checks to emergency procedures, emergency flight operation, hydraulic system failures, electrical systems failures, instruments, propeller feathering and landing gear circuits and propeller feathering procedures.  In addition it covers take-off and landing issues, belly landings, landing with no brakes, abandoning the aircraft, fires, forced landings, ditching and life rafts etc.  This would have been essential reading.  Good overall condition and named to H.A.Paul.  We purchased one of Paul's uniforms and some paperwork and insignia back in 2003 and have recently repurchased some of the paperwork along with a large quantity of 8th and 9th AAF paperwork, manuals, photograph albums and so on.