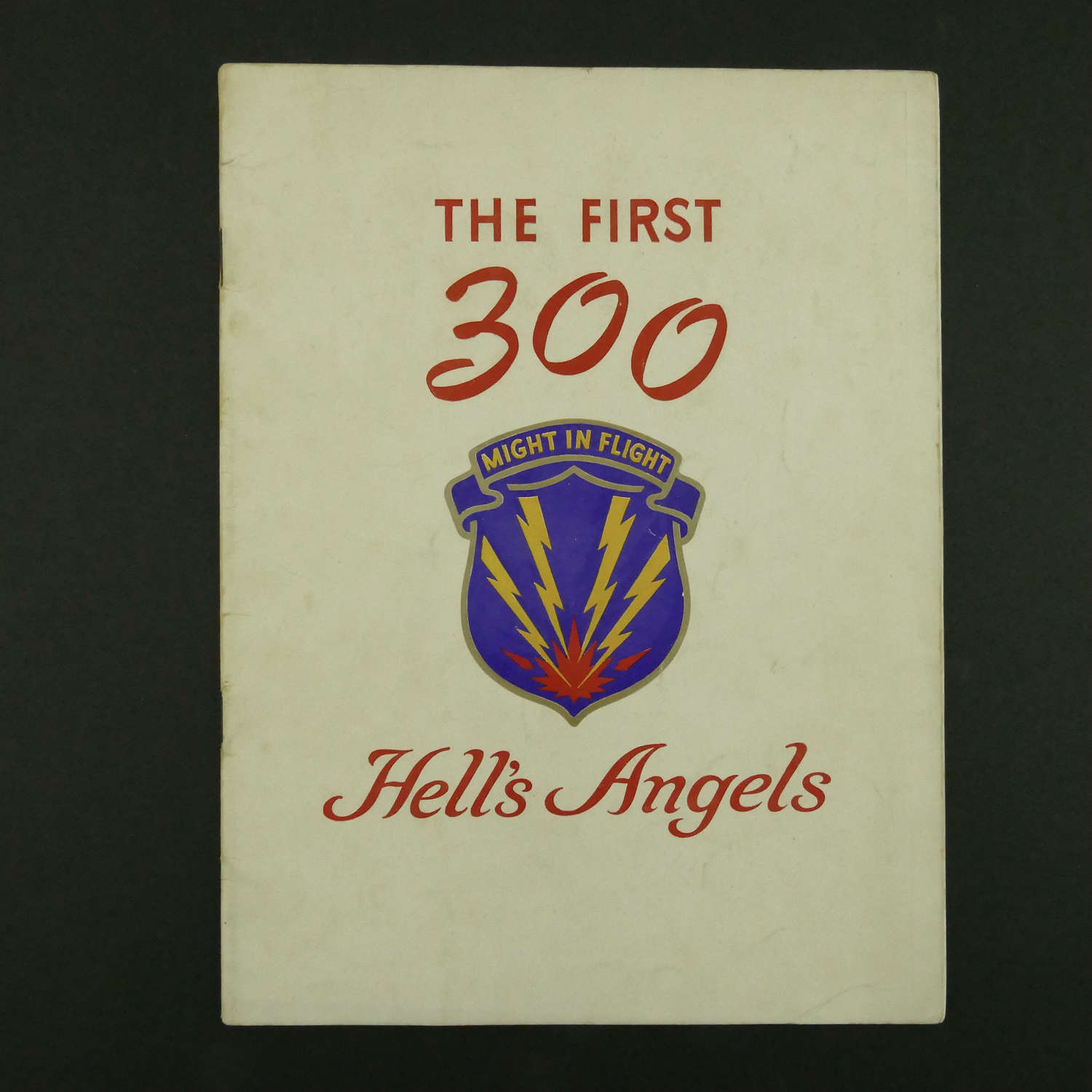 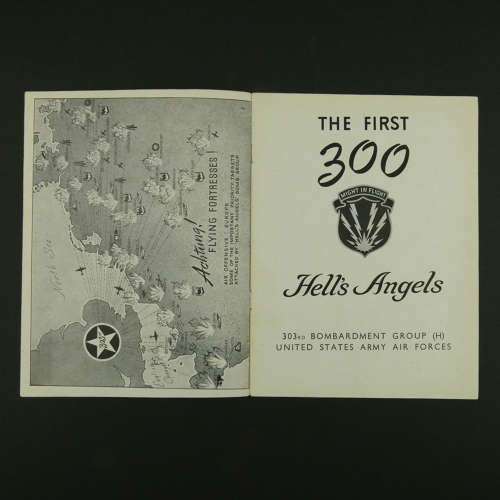 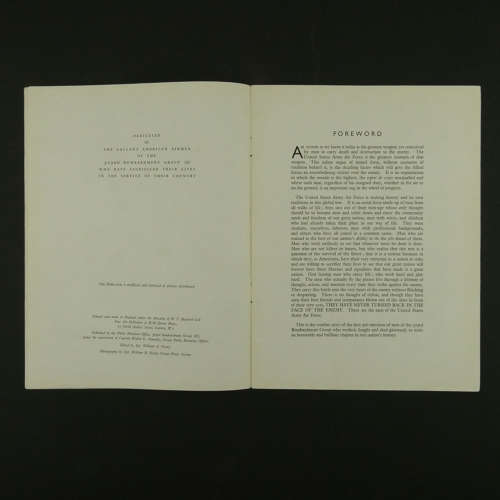 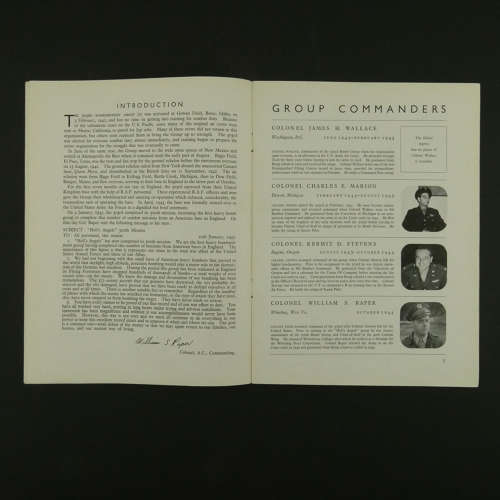 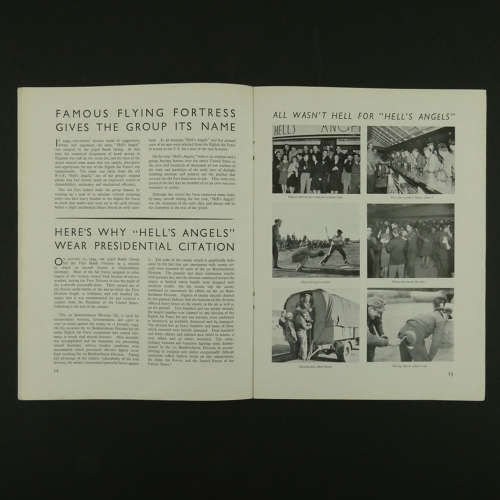 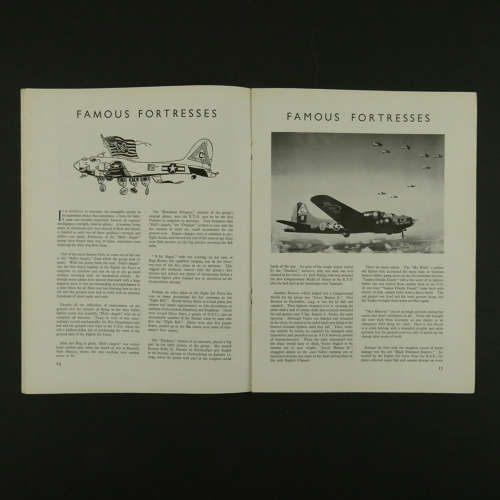 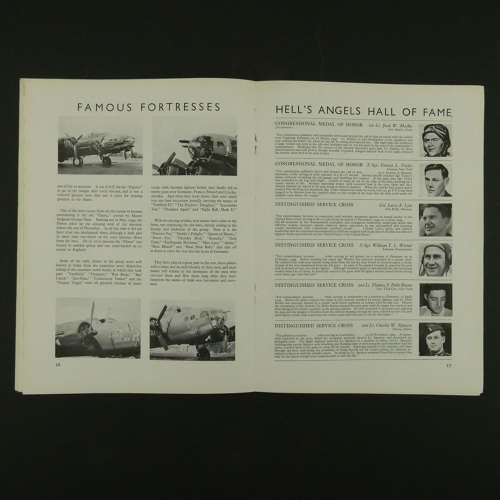 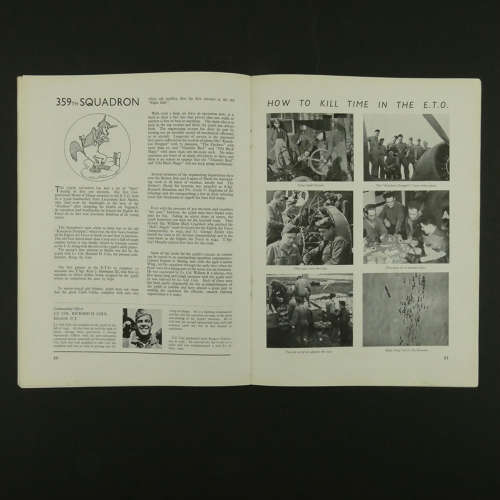 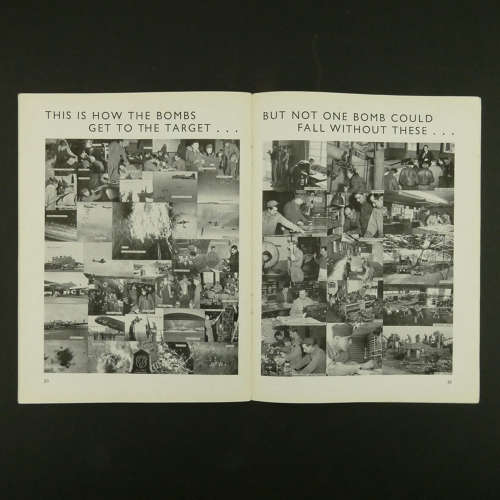 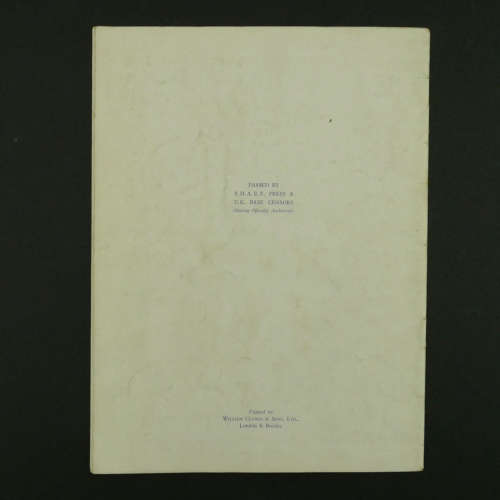 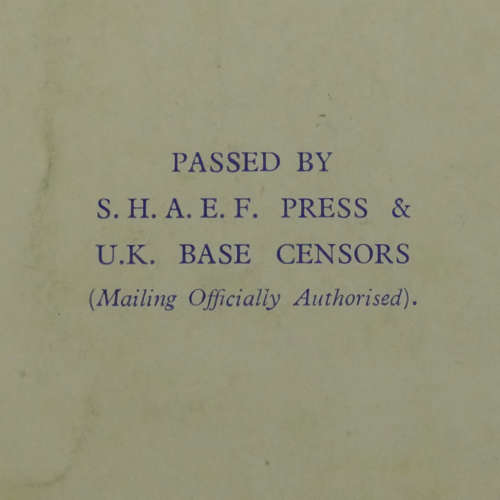 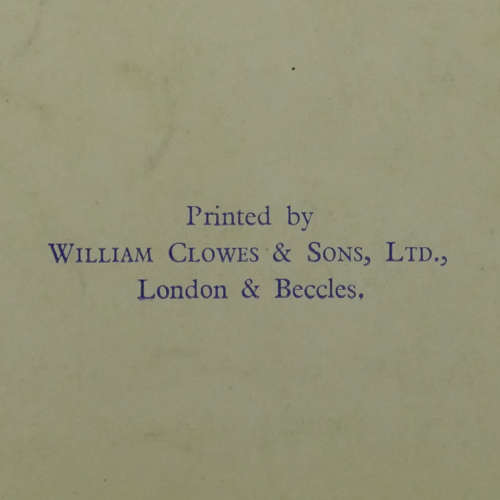 'The First 300, Hell's Angels, 303rd Bombardment Group (H), United States Army Air Forces'.  P/b, 22 x 29.5cm, 32p, 1945'.  Printed and made in England under the direction of B.T. Batsford Ltd. London and published by the Public Relations Office, 303rd Bombardment Group (H), under the supervision of Captain Walter G. Donnelly, Group Public Relations Officer.  Passed by S.H.A.E.F. and UK base censors.  'Dedicated to the gallant American airmen of the 303rd BG (H) who have sacrificed their lives in the service of their country'.  This unofficial unit history was restricted to private distribution within the men/families of the 303rd.  It is the story of their first 300 missions, which were completed on 9th January 1945, becoming the first heavy bomb group to complete that number of combat missions from an American base in England. It contains information on the group commanders, staff officers, their missions, their B-17 Flying Fortresses, the various squadrons (358th, 359th, 360th, 427th,), the men, their awards, life on base, etc. Some soiling and minor creasing.  Centre page loose from one staple.  Produced in low numbers, this is a rare original copy.  Stock code P24215A-178.