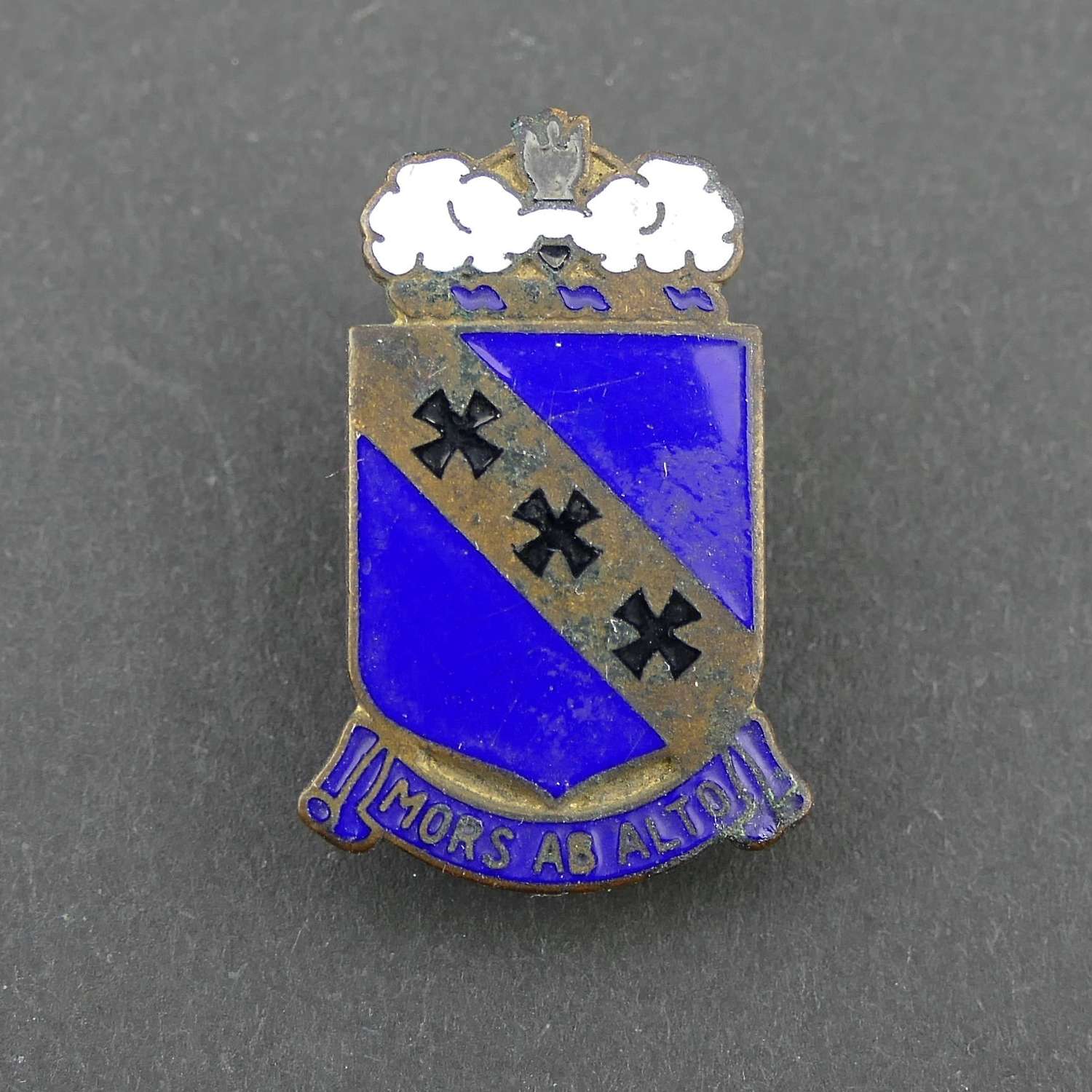 By Meyer Inc. of New York.  Approximately 2.8 x 1.9cm.  Brass and enamel division insignia badge for the USAAF 7th bomb wing.  With screw post rear fixing.  Manufacturer's markings and logo to the rear. The group was in the process of moving to the Philippines when the Japanese attacked Pearl Harbor on 7 December 1941. Six of the Group's B-17 aircraft left the USA for operations in the Far East. Six arrived in Hawaii but landed safely at alternate airfields, avoiding destruction by the attacking Japanese aircraft. The rest of them were ordered to defend California against the Japanese fleet which was expected to show up off the Pacific Coast at any time.  Shows wear and use but in good condition.  Stock code U23067. 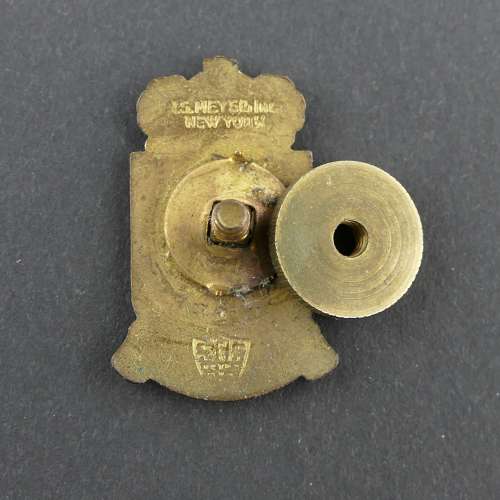