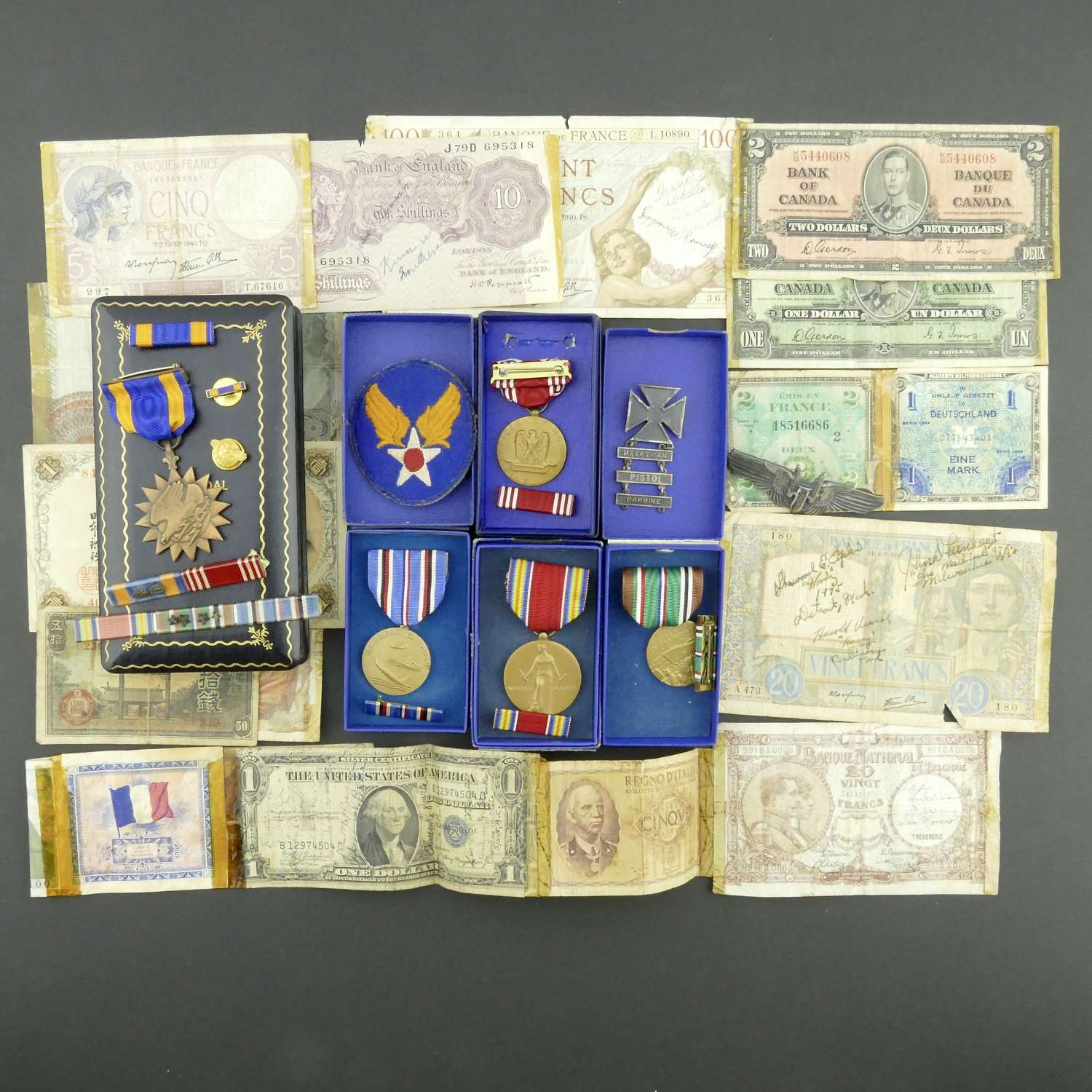 A small grouping to Sergeant Kenneth W. Smithers, a tail gunner on B-17 Flying Fortresses with the 385th Bombardment Group, 8th AAF.  It includes an unamed cased Air Medal complete with ribbon, mounted ribbon/bar and lapel device.  Also his medal ribbon group for the Air Medal with 2 oakleaf clusters, Good Conduct medal, American Campaign, European/African/Middle Eastern Theatre of Operations and Victory Medals.  In addition are his clutch backed Sterling marked Airgunner wing, Sterling marked marksman badge with 'Pistol' and 'Carbine' bars, a machine made AAF shoulder patch and a 17 note 'Short Snorter'.  The latter includes a $1 silver certificate, British 10 shilling note, Canadian dollars, French and Belgian francs and Allied invasion German Marks. There are many signatures on the notes but some are no longer taped together.  A 'Short Snorter' is a banknote which was signed by various crews flying together.  If you signed a short snorter and that person could not produce it upon request, they owed you a dollar or a 'short snort' (small drink). Kenneth Smithers was born in 1926 and joined the AAF Cadet programme in 1943, entering service in March 1944.  He served with the 385th BG and undertook 18 mission over Germany.  In 2003 Ken was awarded the French Consulate's Special Diploma for serving in French Airspace from 1944-1945.  He died in 2007 at the age of 81.  An interesting group worthy of further research.  Stock code M24215A-57. 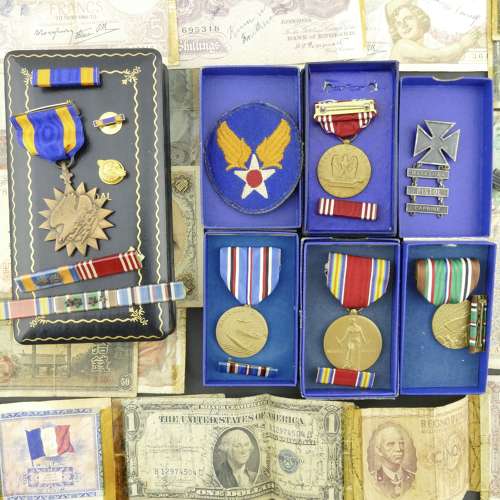 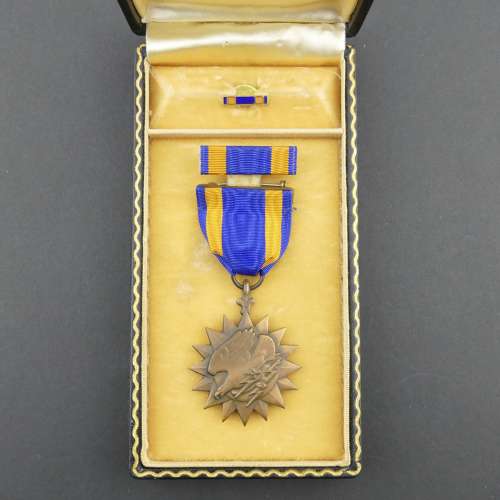 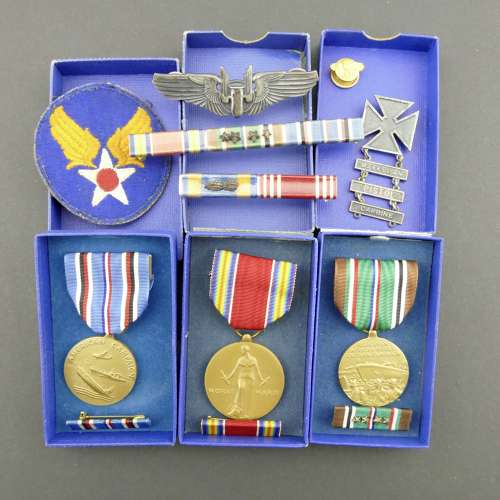 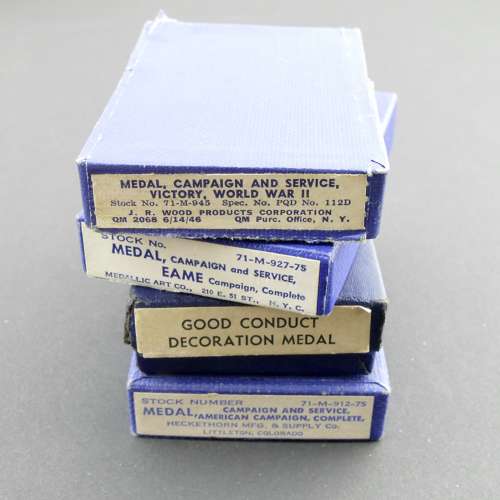 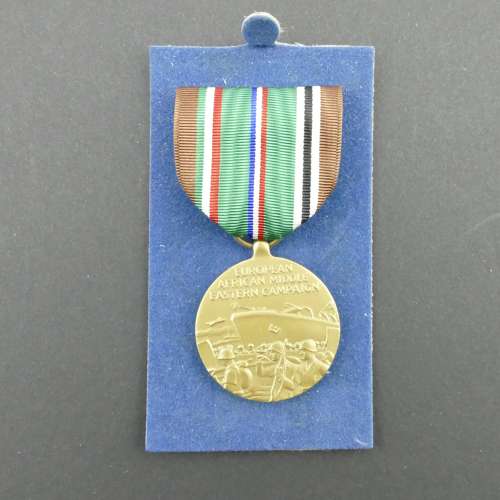 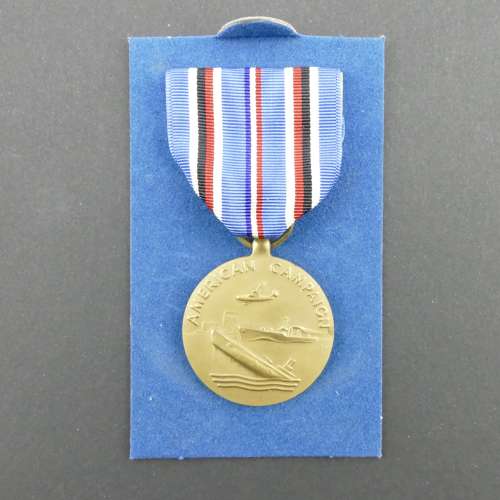 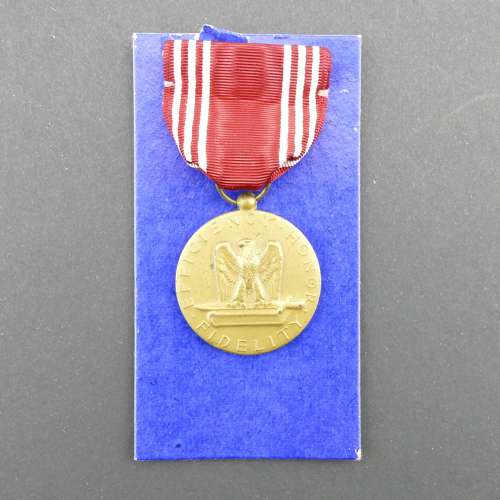 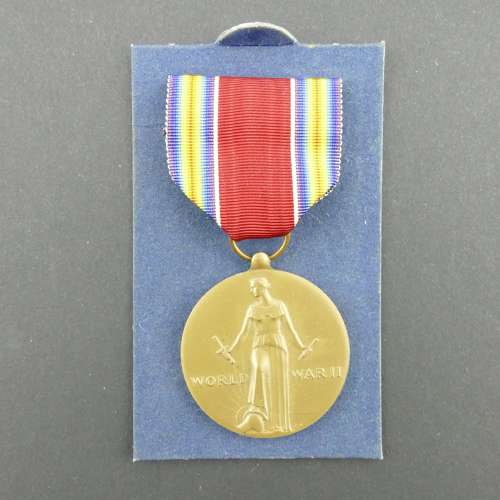 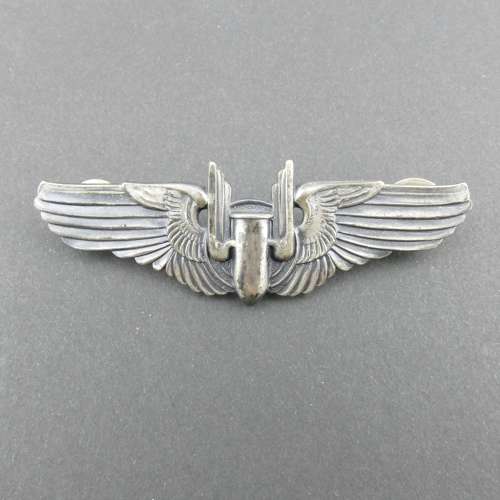 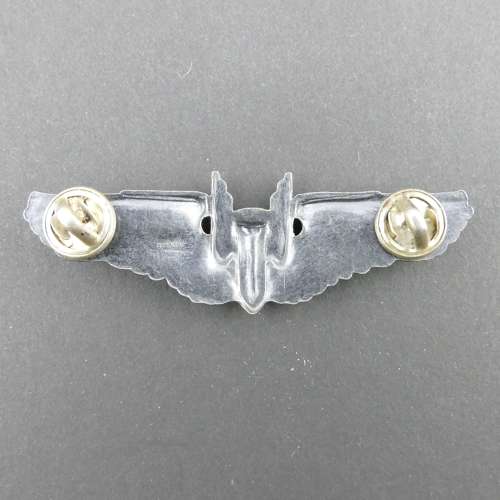 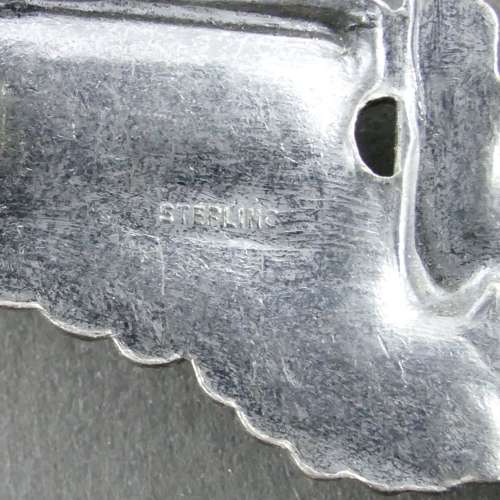 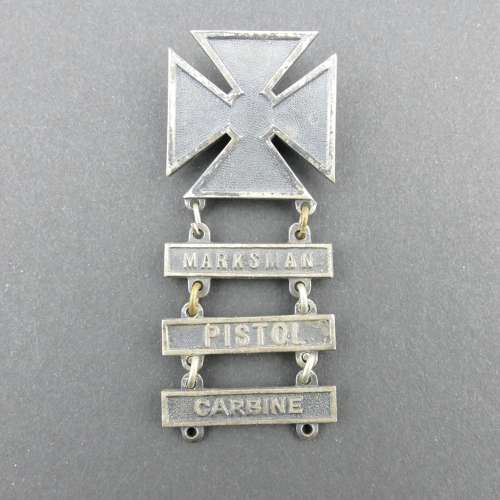 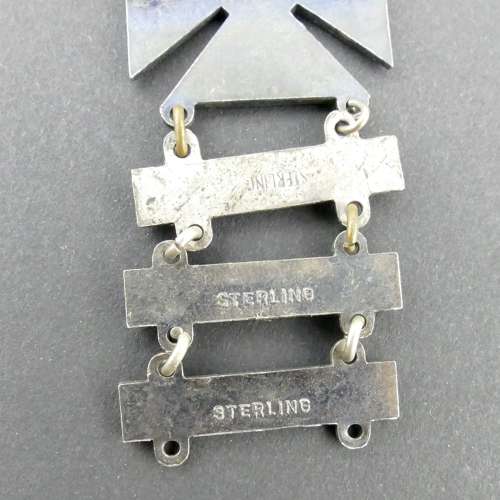 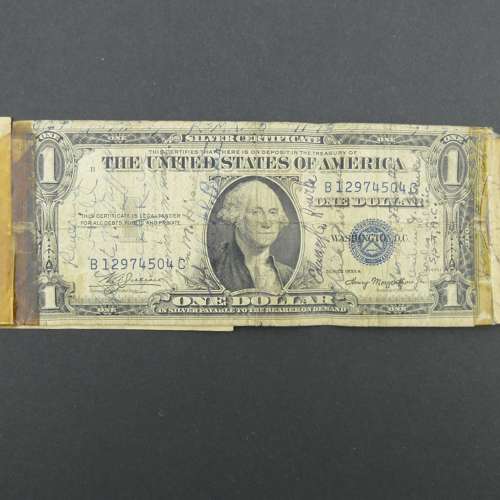 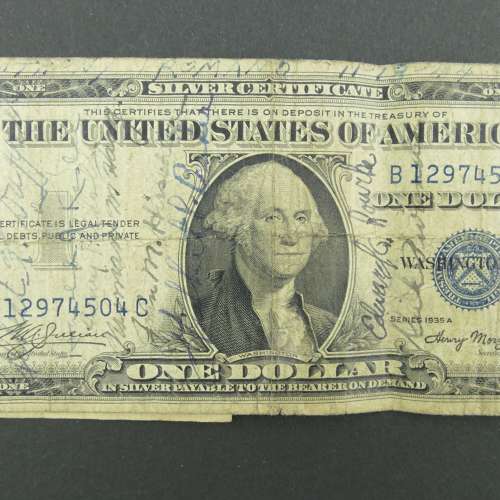 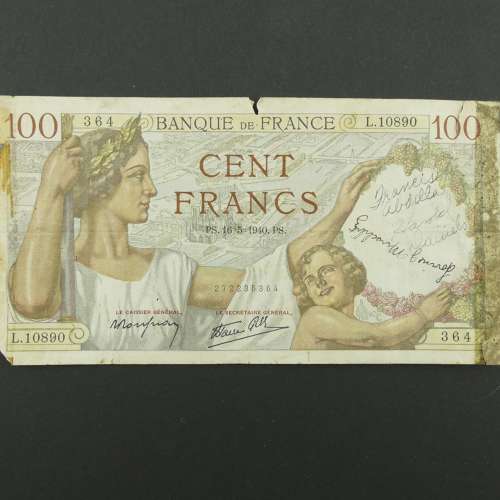 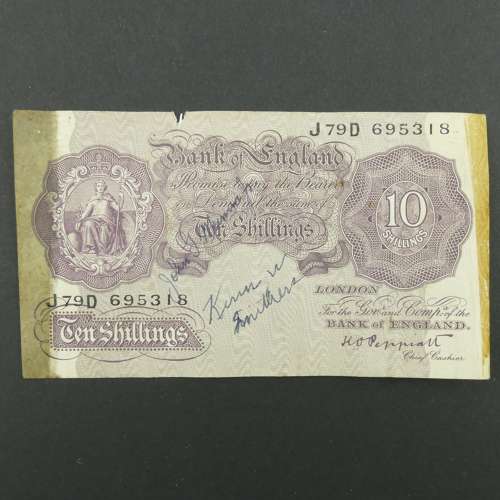 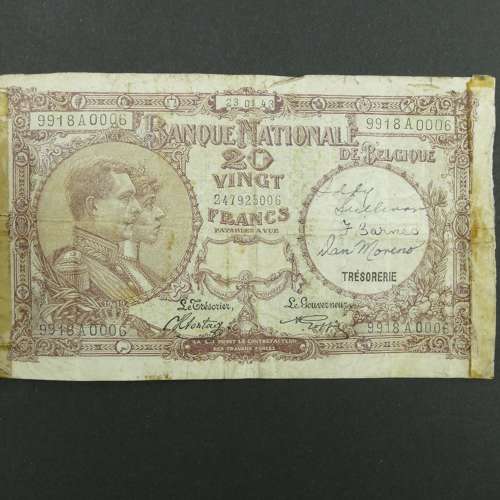 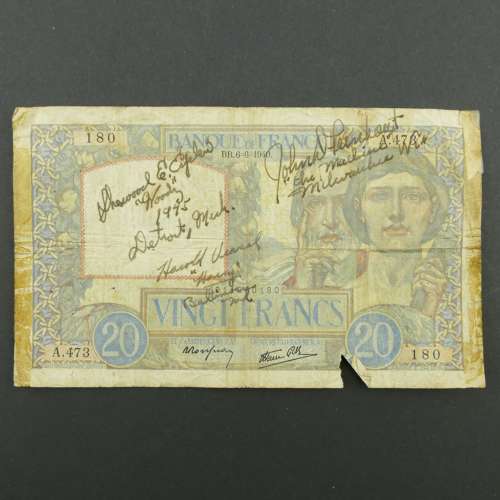 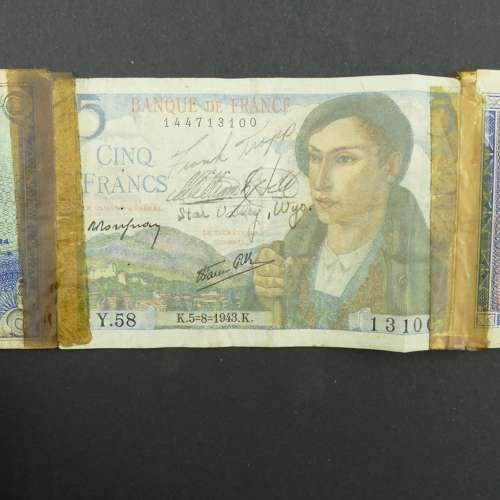 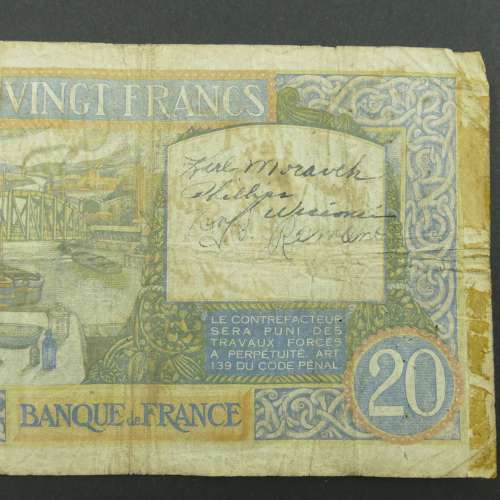