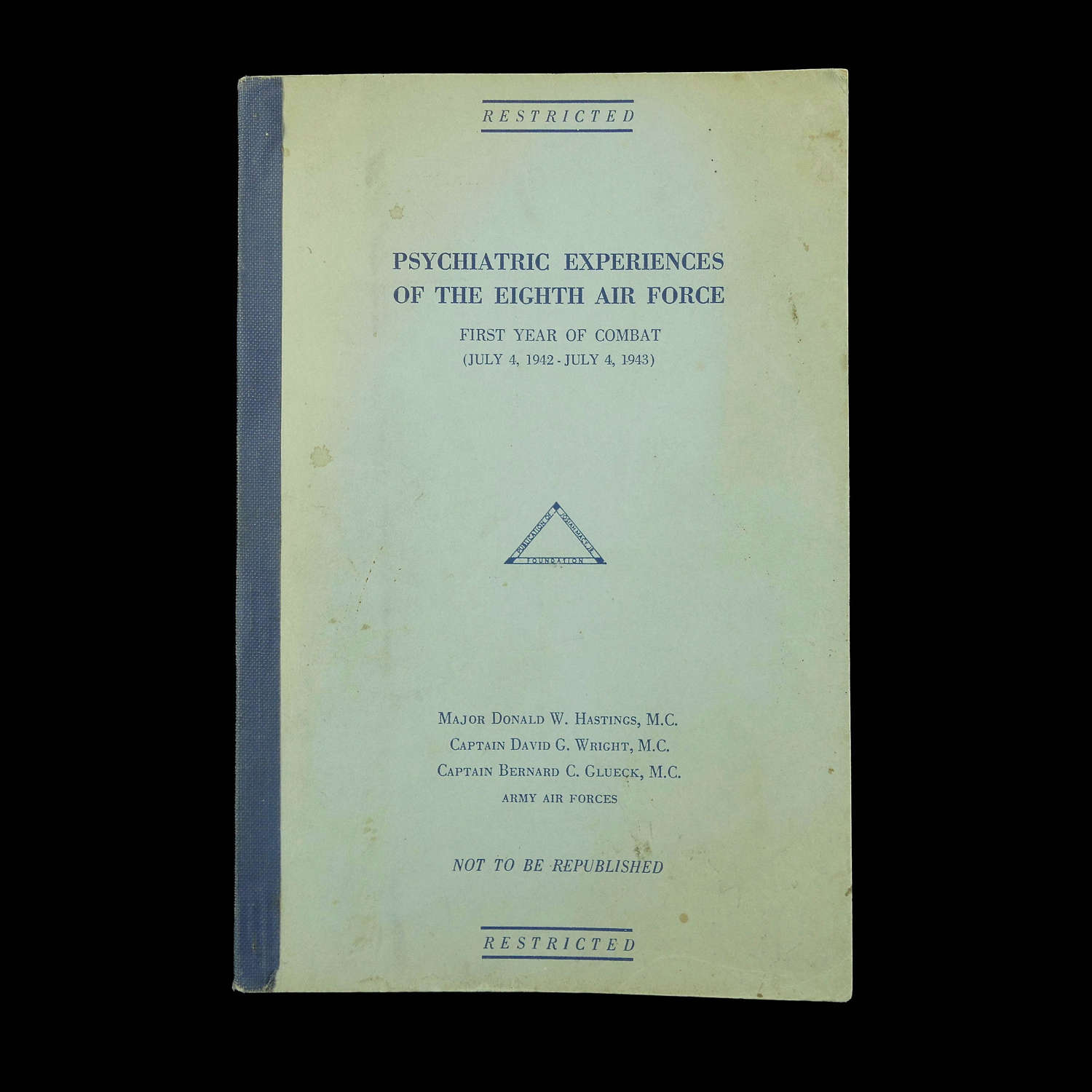 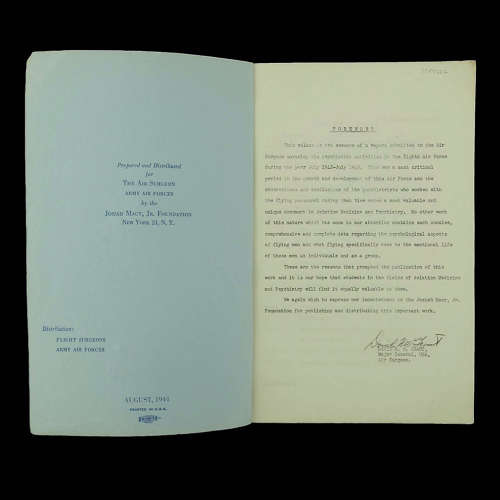 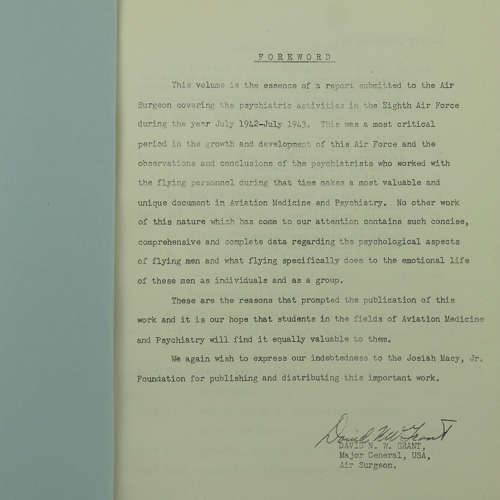 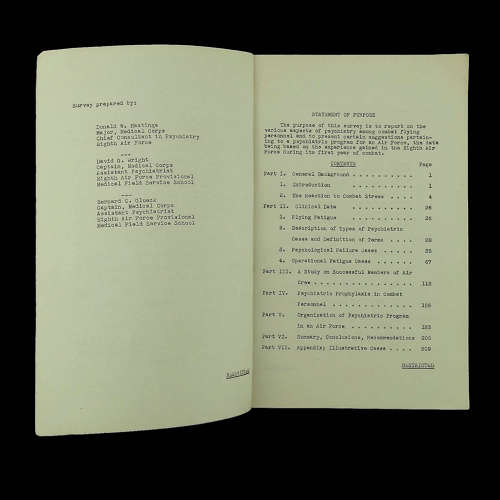 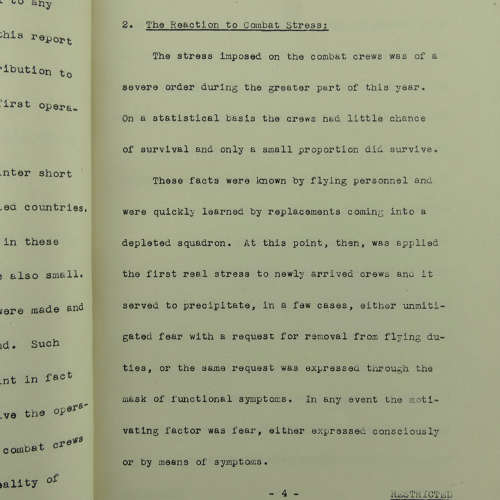 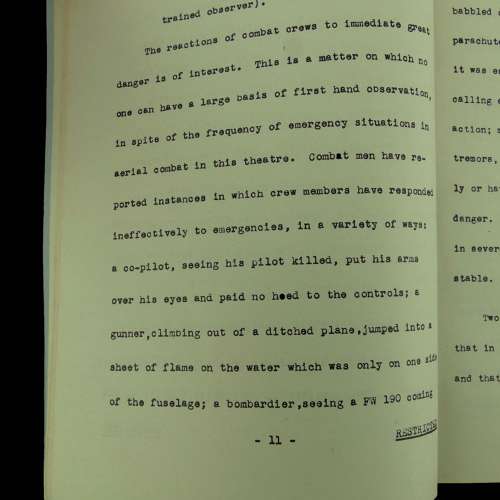 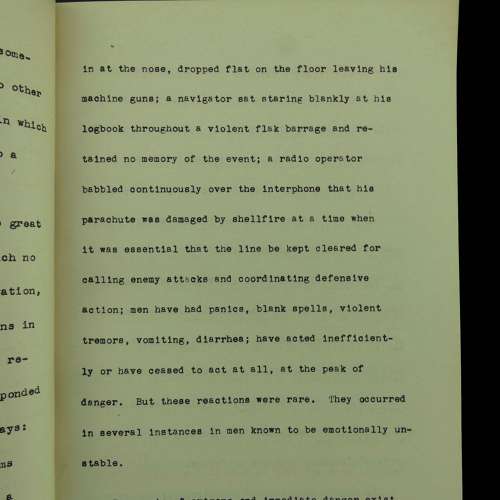 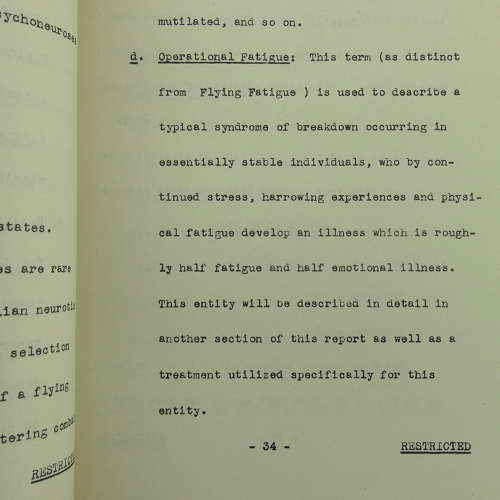 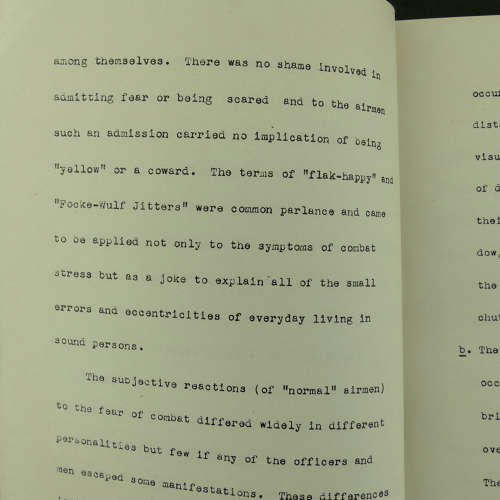 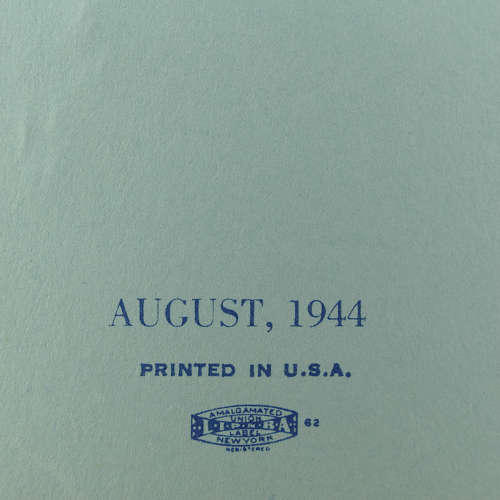 Psychiatric Experiences of the Eighth Air Force - First Year Of Combat (July 4, 1942 - July 4, 1943) by Major Donald W. Hastings M.C., Captain David G. Wright, M.C. and Captain Bernard C. Glueck, M.C. of the Army Air Forces.  P/b, 15 x 22.5cm, 307p, printed August 1944.  The cover is marked 'RESTRICTED' and 'NOT TO BE REPUBLISHED'.  Prepared and Distributed by The Air Surgeon, Army Air Forces by  the Josiah Macy, Jr. Foundation for distribution to Flight Surgeons within the USAAF.  Essentially this is a report covering the psychiatric activities within the 8th AAF.  It reveals quite detailed information with regard to the type of combat, stresses of combat and individual's reactions to stress.  It describes the types of psychiatric failure and the treatment, disposition and prognosis of the various types, and discusses treatment for Operational Fatigue.  There is also a study of 150 airmen who successfully completed a full combat tour on bombers giving recommendations for improving aircrew selection.  Case studies have some graphic details of combat experiences and the problems they caused.  A fascinating read and extremely rare.   Some soiling and creasing to the cover but in good overall condition.  Stock code P24215A-214.