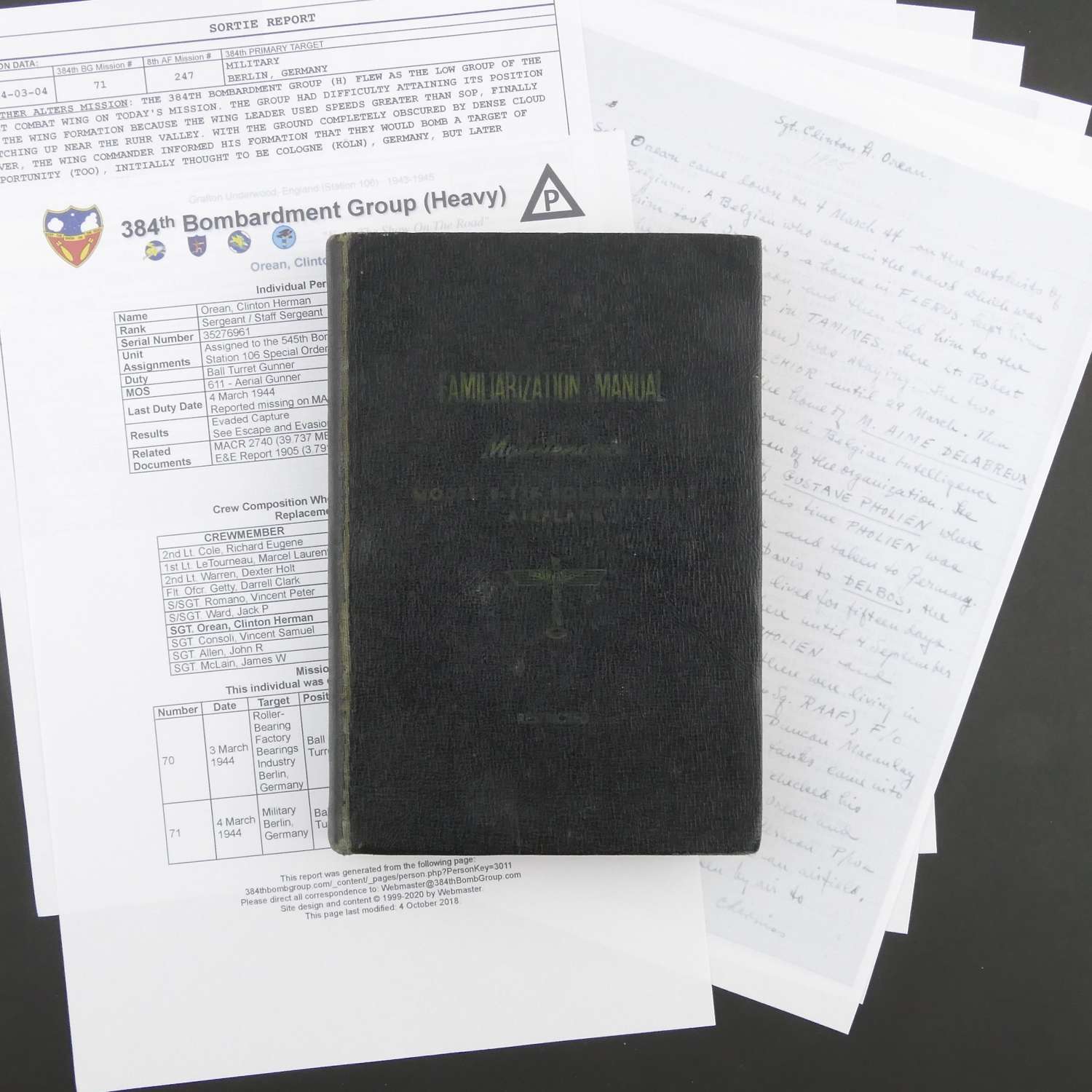 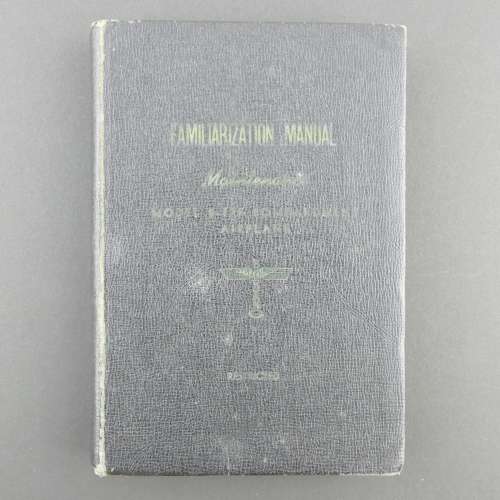 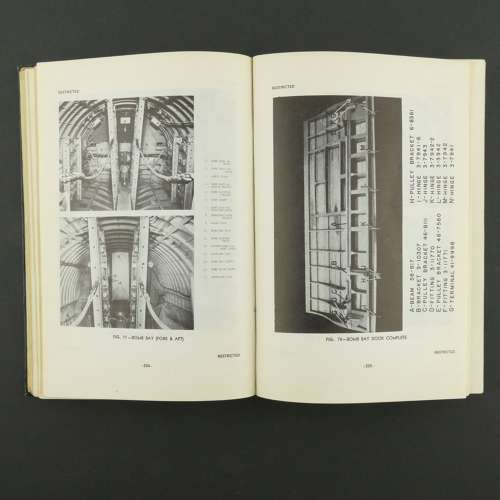 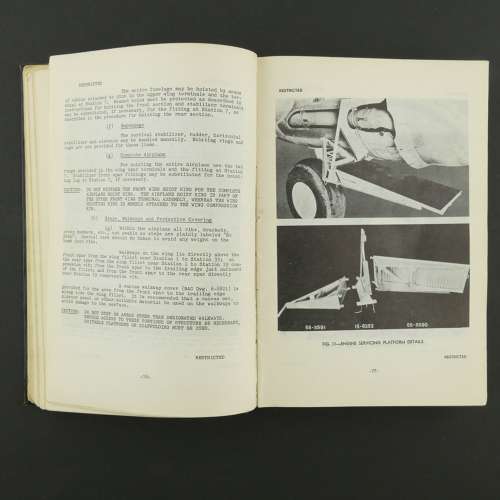 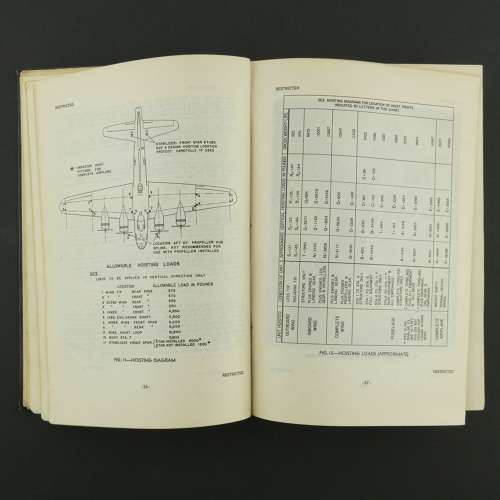 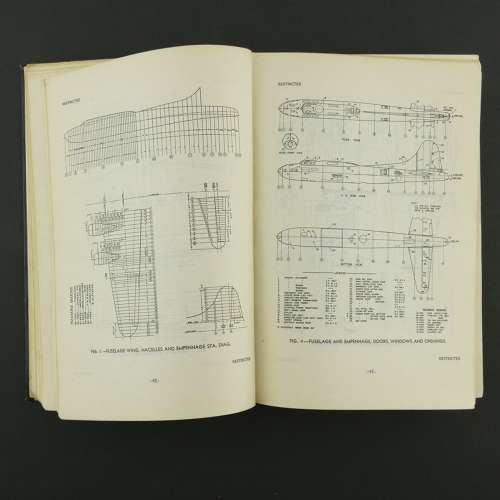 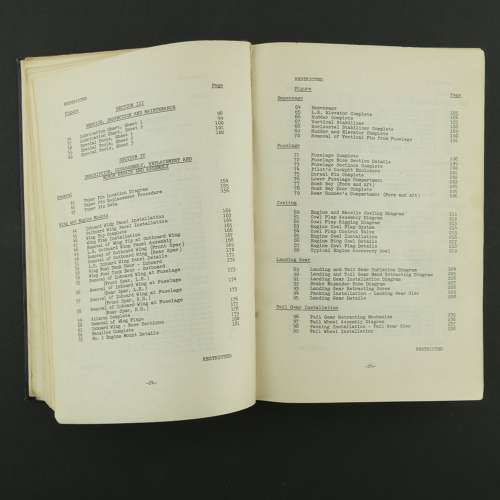 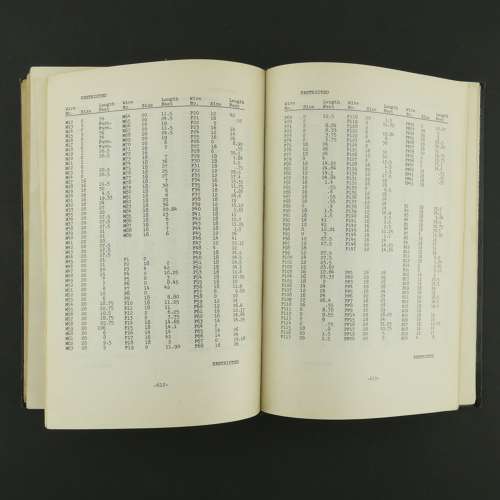 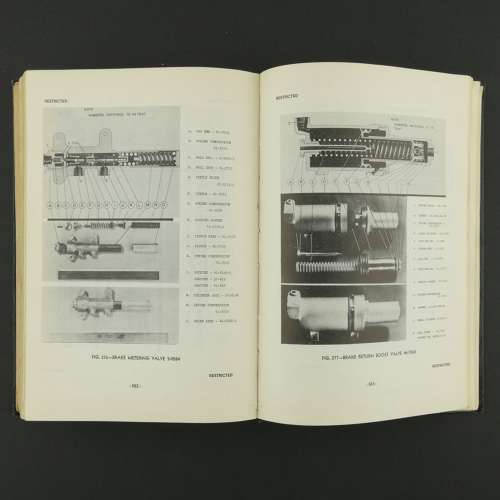 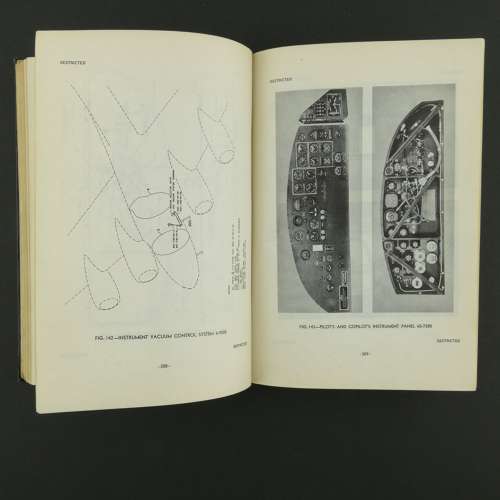 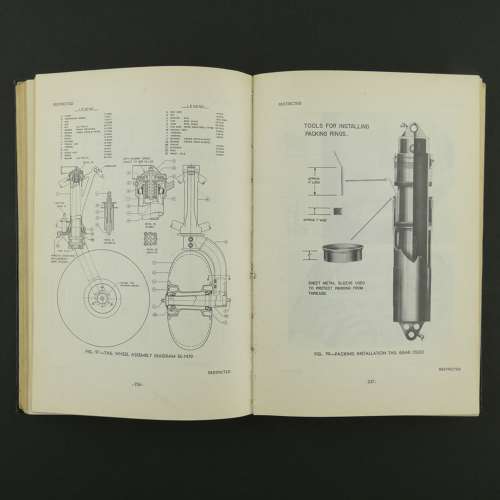 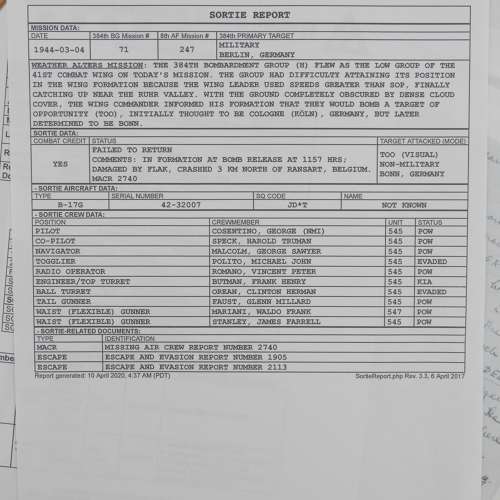 Familiarization Manual For Maintenance Of Model B-17F Bombardment Airplane.  H/b, 13.4 x 19.5cm, 682p. Published by Boeing this rare manual contains preliminary instructions for operating the B-17F similar to those contained in T.O. No. 01-20EF-2. Intended for familiarization only and contains information affecting the National Defence of the US within the Espionage Act.  A very comprehensive manual covering all aspects of the B-17, illustrated with photographs, drawings, tables and charts.  Each book issued was individually numbered, this one has the relatively low number '733'.  Wear to the cover and the frontispiece is inscribed 'Quentin Bland, a best friend of the 384th' by Clinton H. Orean.  Sergeant Clinton Herman Orean, 35276961, flew as a ball turret gunner with the 545th bombardment squadron  (384BG), 8th AAF.  He was shot down on 4th March 1944, his second sortie, target Berlin.  His aircraft  B-17G 42-32007 JD-T, was hit by flak and crashed 3km North of Ransart, Belgium.  The flight engineer/upper turret gunner was killed but the remaining crew baled out.  Orean and another crewmember evaded but the rest became POWs.  The rare book comes with some basic research including an account of his evasion.  Stock code P24215A-56.