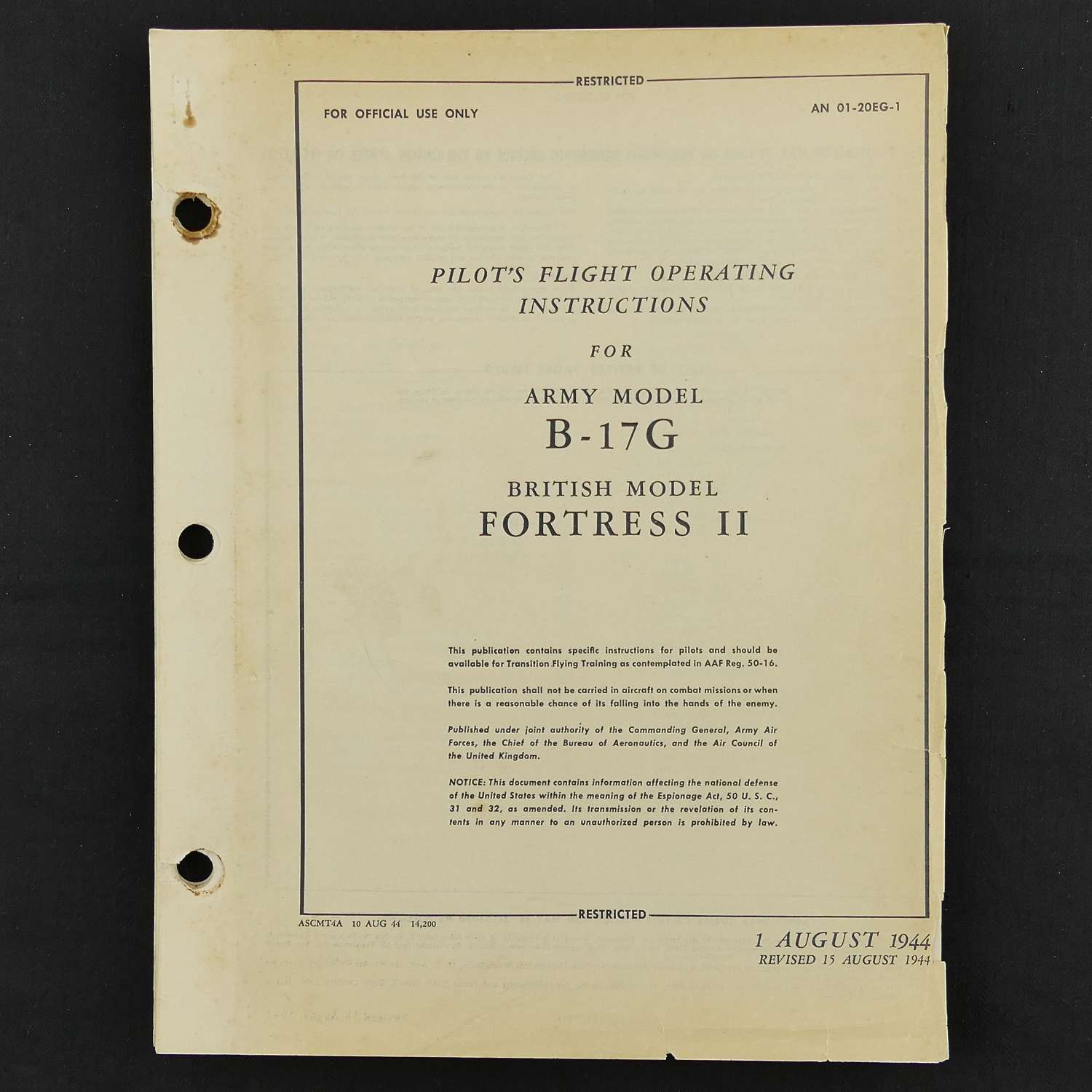 AN 01-20EG-1. P/b.  Looseleaf, stapled in upper left corner. Approximately 21 x 27.5cm,  94p. August 1944.  Covers a basic description of the aircraft, its power plant, hydraulic, fuel, oil, electrical, de-icing and oxygen systems and communication equipment.  There is information for emergencies including operation of the landing gear, flaps, bomb doors and bomb release.  Also fire in flight, release of the ball turret, crash landing, ditching and bailing out. There are sections on the bombardier's, navigator's, radio operator's and gunner's compartments and an appendix that includes an American/British glossary.  Copiously illustrated with photographs, diagrams and illustrations.  Far more comprehensive than standard 'pilot's notes'.  The staple is corroded and there is some rust marking on the pages.  Good overall condition but the paper cover is tatty and both this and last two pages are loose.  Stock code P24215A-7. 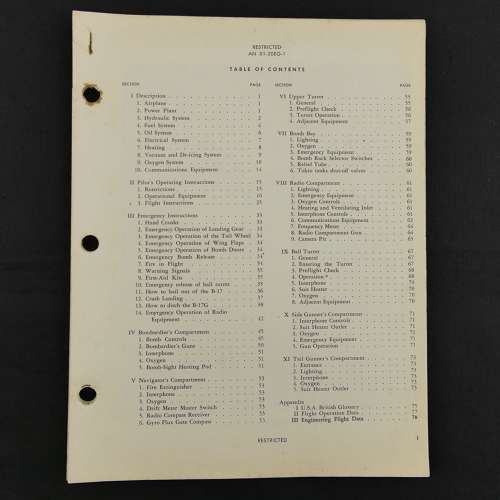 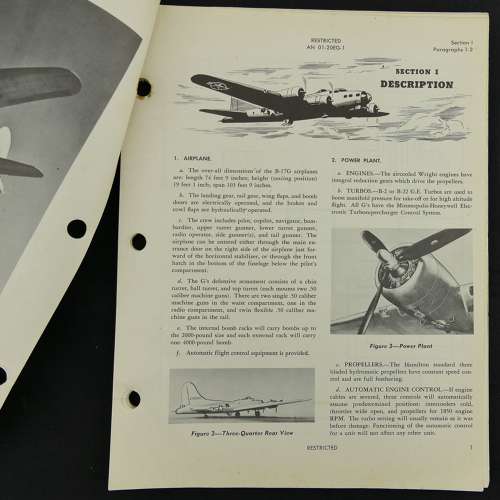 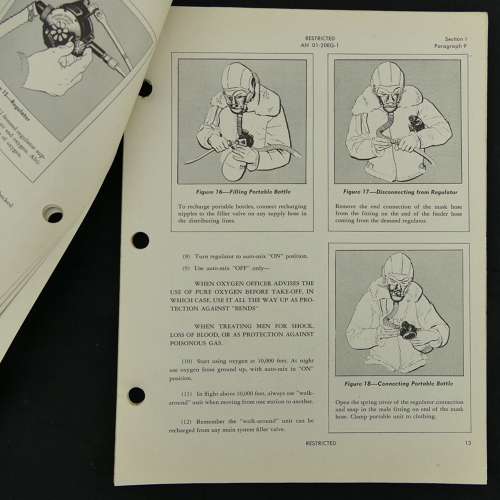 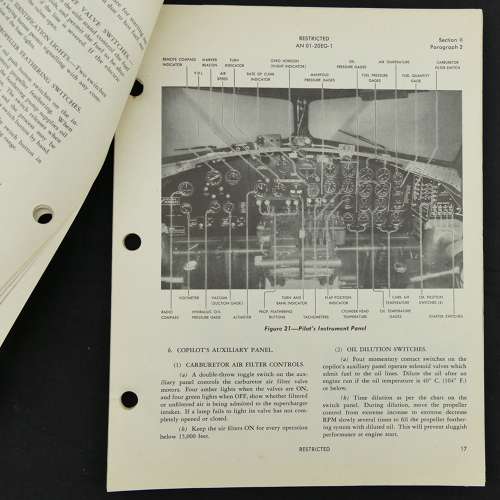 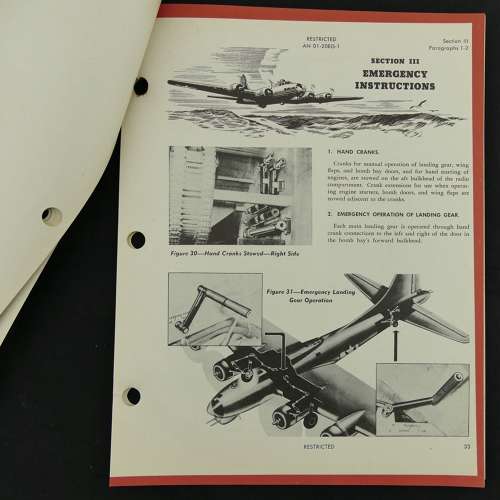 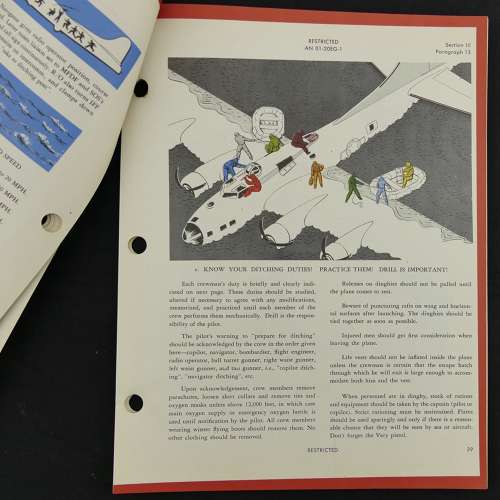 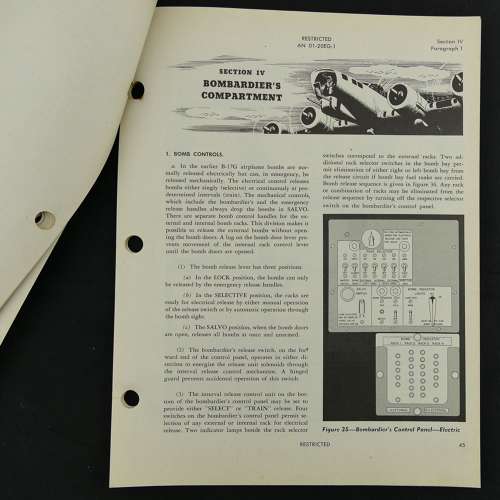 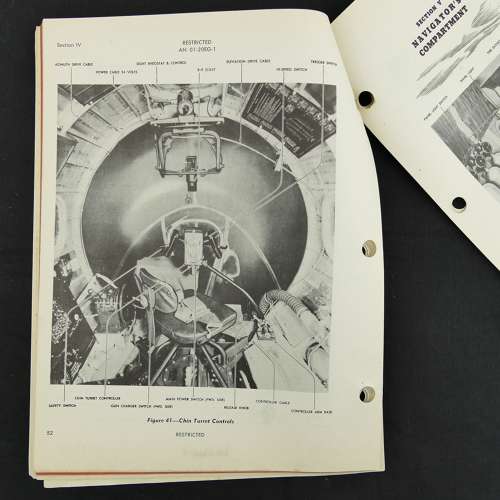 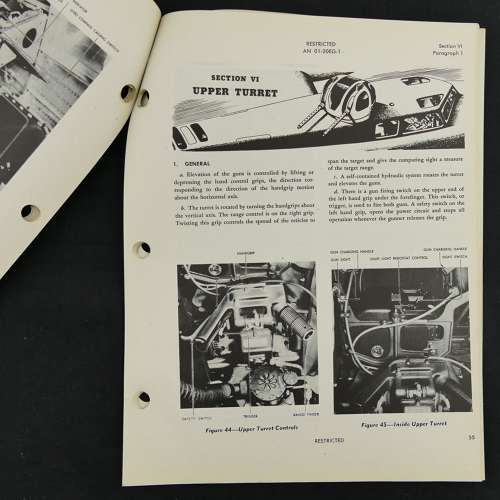 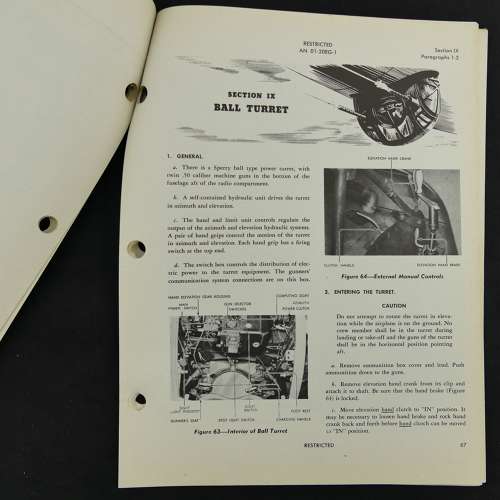 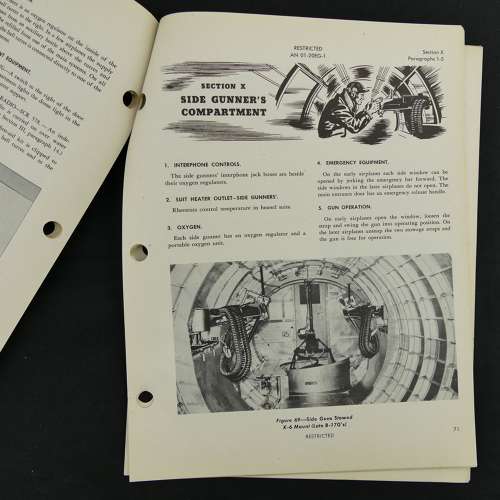