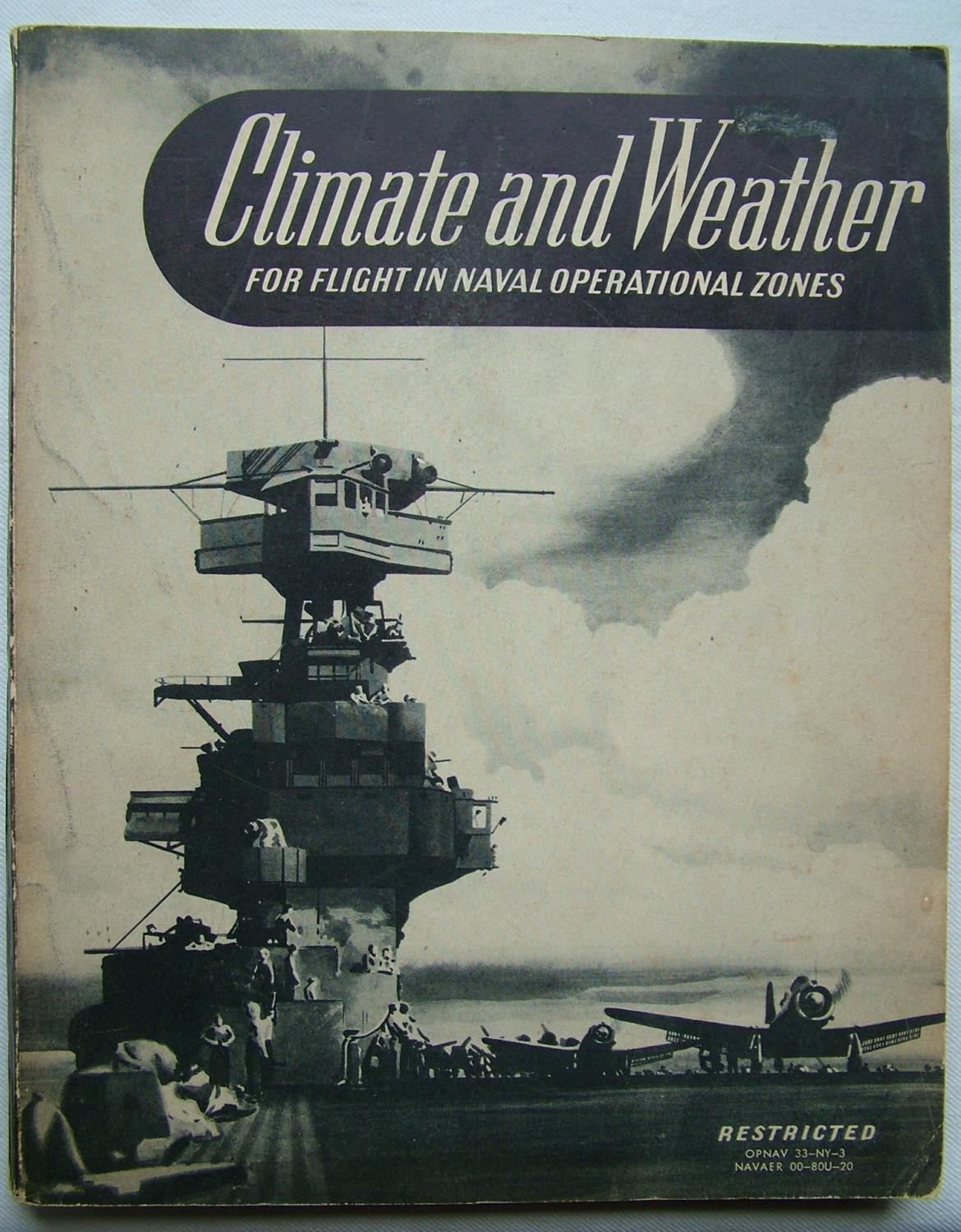 'For Flight In Naval Operational Zones'. P/b. 21 x 28cm. 203p, 1944. Prepared by Naval Air Training Command and issued by the Aviation Training Division. Intended to serve aviation cadets who have completed previous courses in aerology and flight planning. Designed to broaden the cadet's horizon and give a background of the climate and weather over the several oceans where a naval aviator might fly during the present (WW2) conflict. This includes The Mediterranean sea and shores of Northwestern Europe as well as the Pacific. Illustrated in typical cartoon style. The cover is a little soiled and dog-eared otherwise in very good used condition. Stock code P17097. 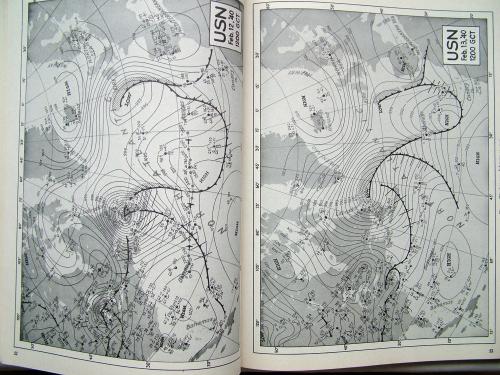 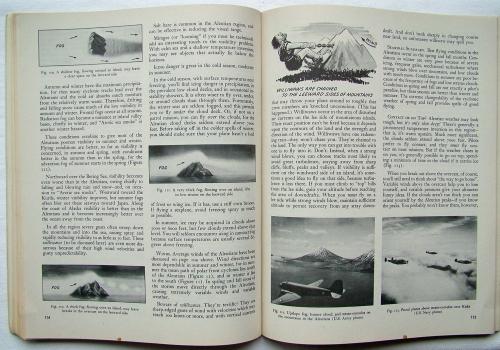 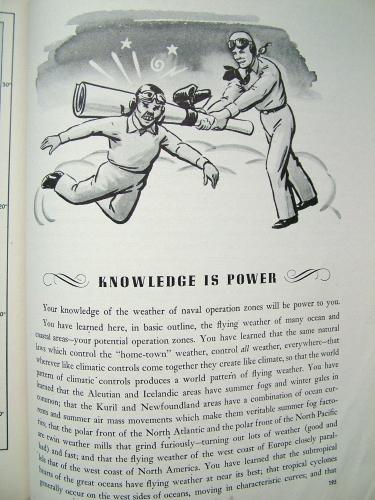 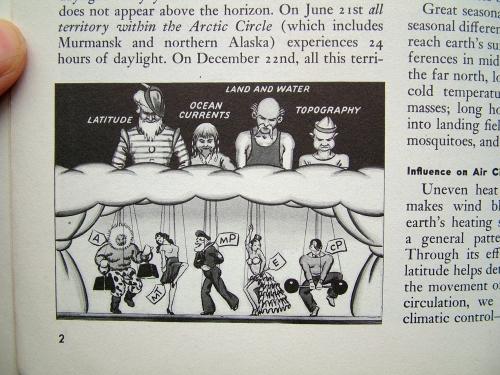