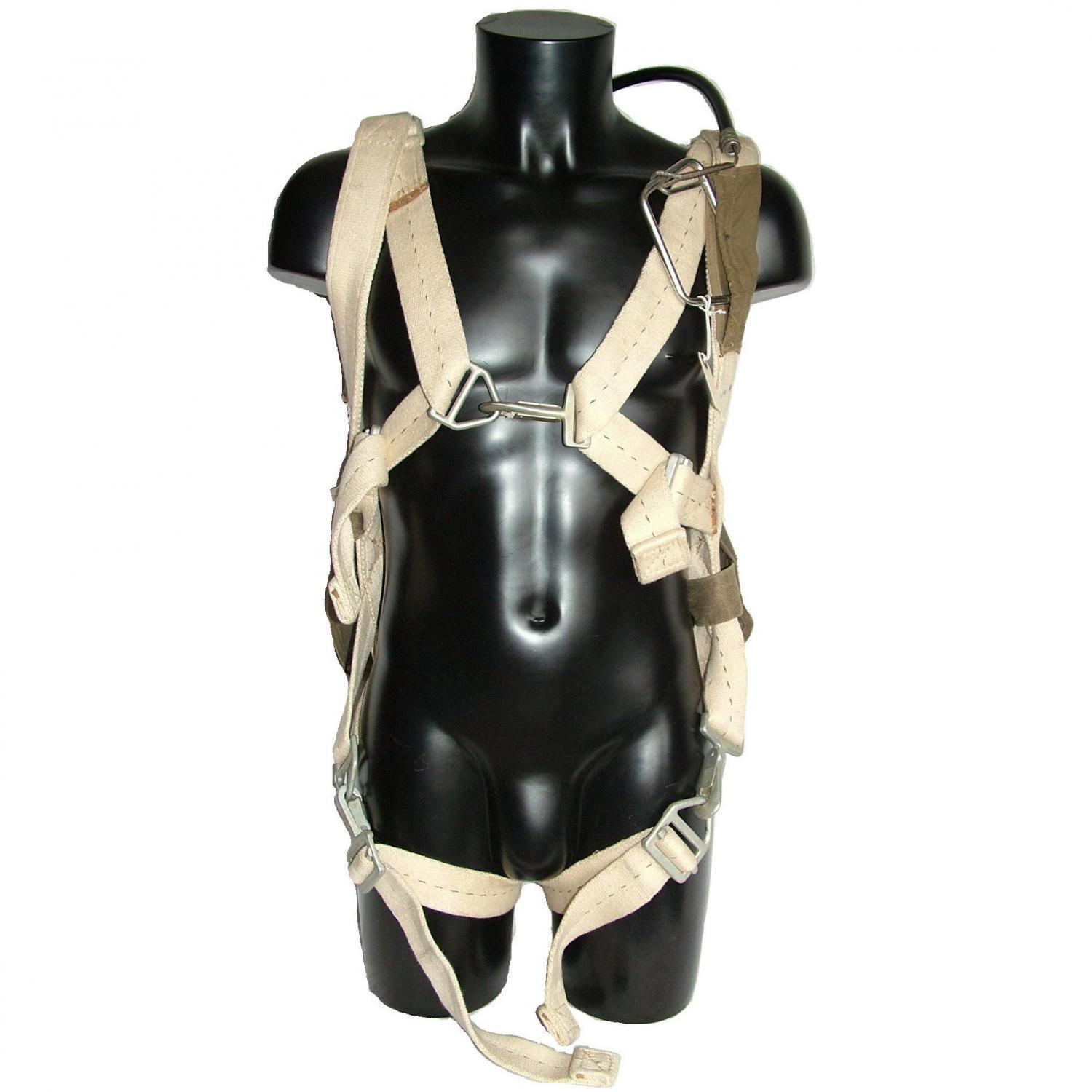 USAAF B-8 Back Type Parachute Assembly

The B-8 parachute was developed by the Pioneer Parachute Co. and standardized in 1942. It had a slim and softer semi-flexible pack that moulded to the contours of of the wearer's back and was therefore less bulky and more comfortable to wear than previous back-type assemblies. It saw considerable use in WW2 and was worn by bomber crews and fighter pilots alike.  Later examples had bayonet type fasteners on the chest and leg straps but this earlier version has the 'dog-clip' type snap fasteners.

The harness has some indecypherable maker marks. The olive drab cotton duck pack is manufactured by the National Automotive Fibres Inc. ,Detroit, Michigan under licence from The Pioneer Parachute Co of Manchester, Connecticut and is clearly marked 'Date of Mfg OCT. 1944'. The 1943 dated canopy is manufactured by The American Lady Corset Co. and is complete with the rigging lines. Although it would appear to have been in the pack for some considerable time it is not attached to the harness 'riser' webbing straps (see photo 7). This would suggest it may not be original to the assembly or perhaps the straps were detatched/ cut to render it useless for jumping? None of this is obvious unless you delve into the pack and is not detrimental to the display of the parachute.

Overall condition is good, the harness is very clean and although the pack is a bit grubby, it remains complete. There is a small glued patch/reinforcement under the ripcord flap and the rip cord housing would benefit from some extra stitches where it meets the pack (photo 6). The ripcord itself appears to be a replacement - slightly too long but generally looks the part.

The back-type parachute is extremely difficult to obtain now and is an excellent addition to an AAF collection being suitable for a wide range of crew positions. More photos on request. Stock code S19062. 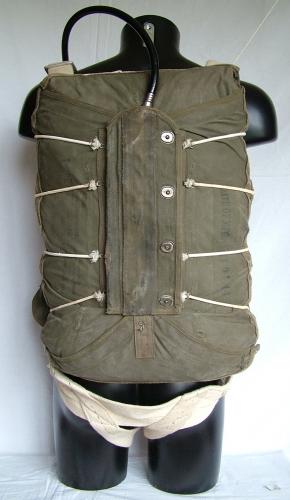 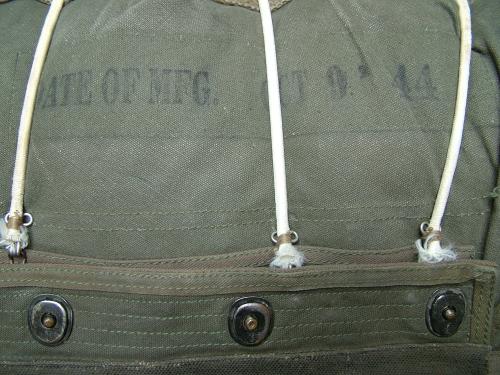 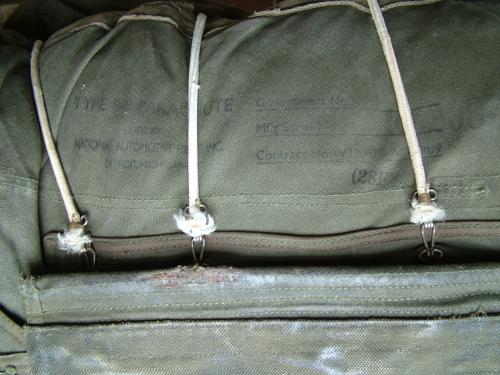 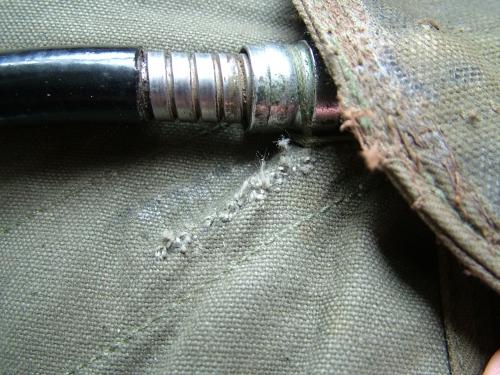 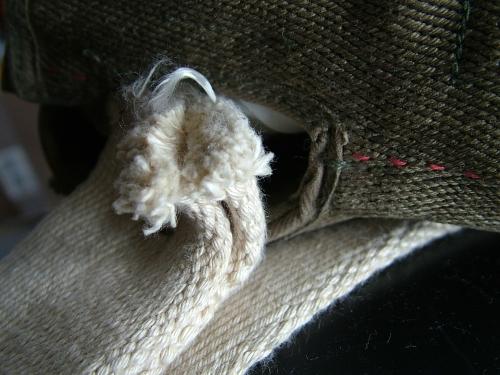 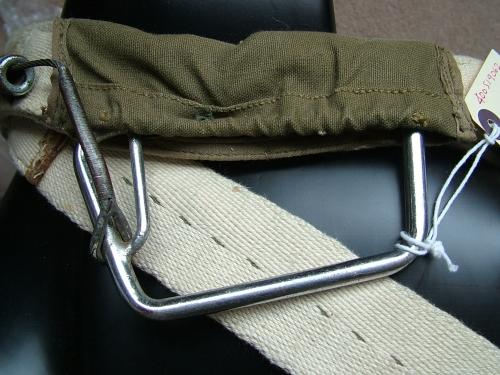 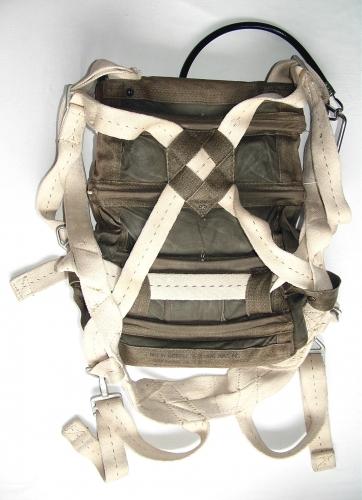 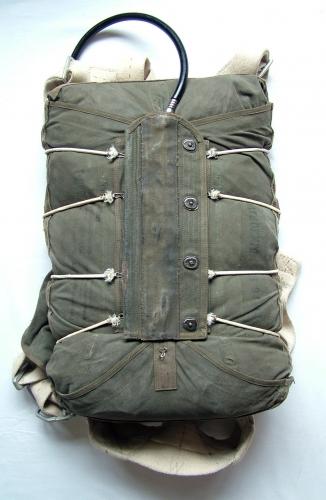 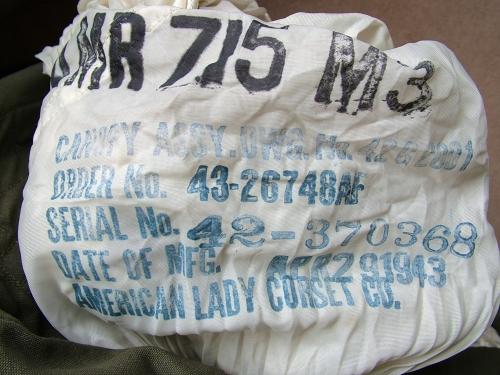