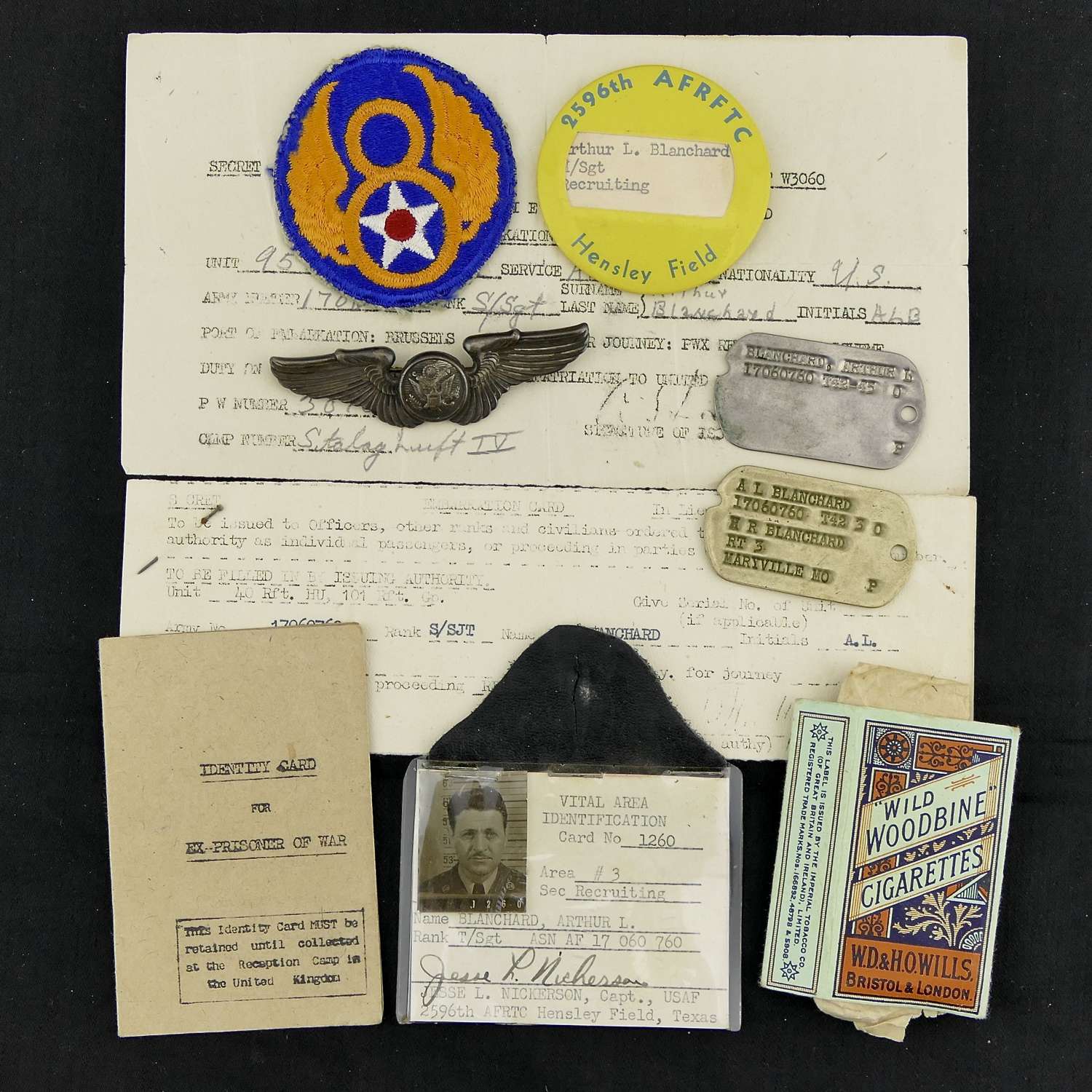 Grouping of items belonging to S/Sgt. Arthur L.B. Blanchard (17060760), a waistgunner with the 334th Bombardment Squadron 95th Bombardment Group of the 8th AAF.  He flew 4 missions to Berlin followed by one to Brunswick .  On 16th March 1944 his aircraft , B-17G (42-39989), piloted by E.J. Herman, was damaged by fighters on a mission to Augsburg Germany and crashed North of Freiburg/Breisgau.  The crew baled out and Blanchard was made a prisoner of war (No.3070) and held at Stalag Luft 4 Gross-Tychow (formerly Heydekrug) Pomerania, Prussia.  We have two of his identity 'dog-tags' - one early version with name and address of his next of kin.  In addition there is his pin-backed 'Sterling' marked aircrew wing (clasp slightly at fault), his machine made 8th AAF shoulder patch and repatriation/embarkation slips (Brussels); Identity card to ex-prisoners of war dated May 1945; Woodbine cigarette packet with a couple of cigarettes inside; Post WW2 button badge for 2596th AFRFTC Hensley Field and his ID card with photograph.   Also comes with his bakellite Gilette razor (not photographed) and some initial photocopied research.  Worthy of further investigation.  Stock code M24194. 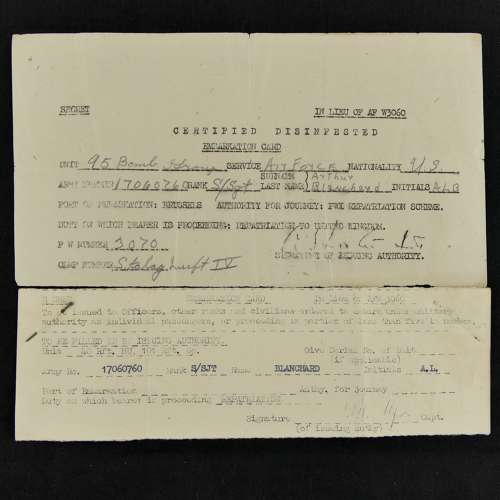 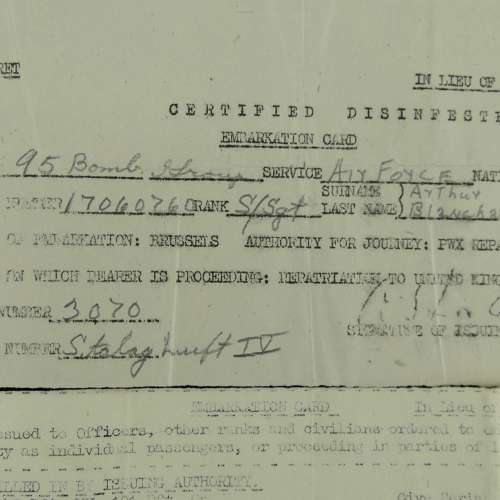 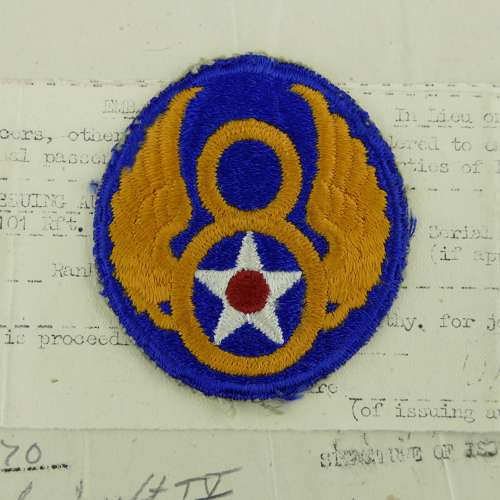 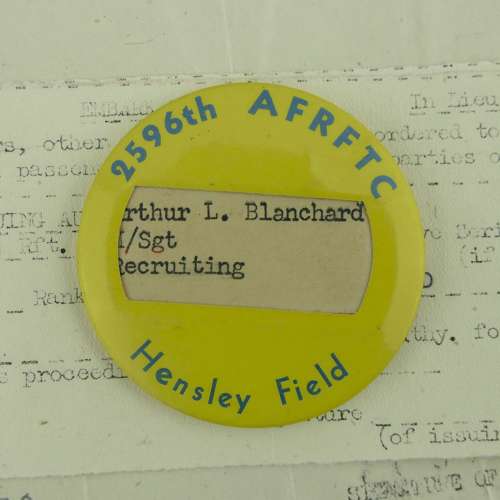 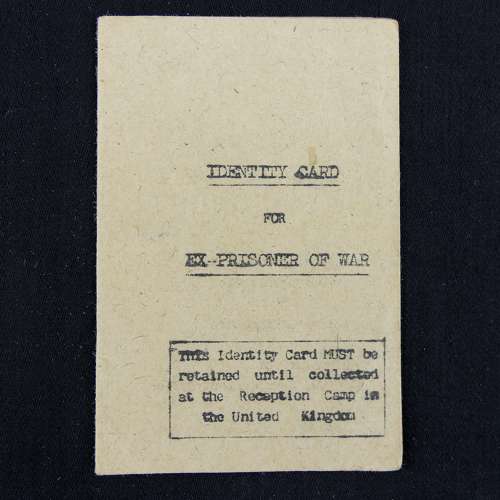 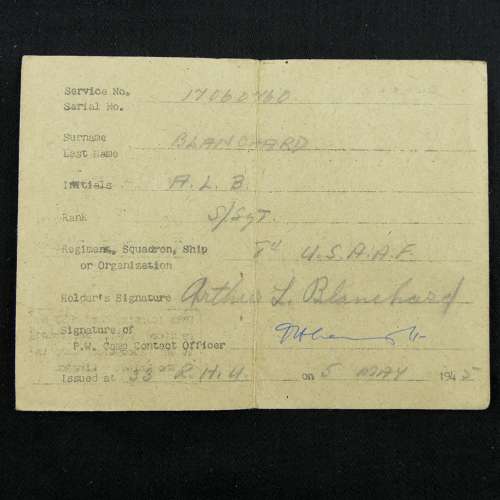 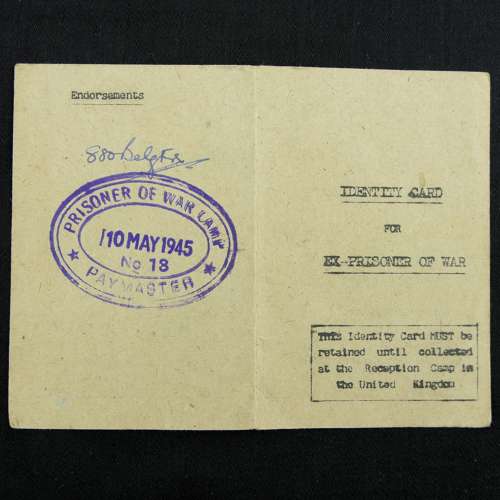 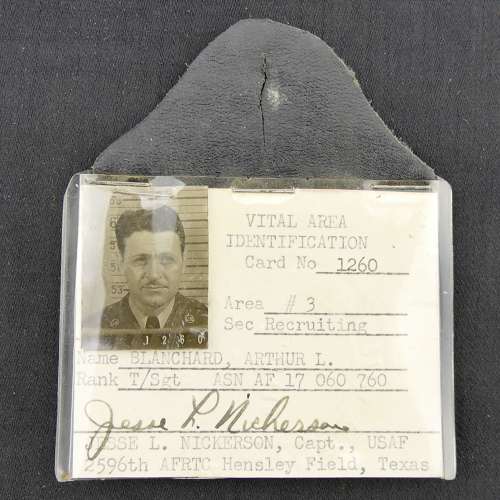 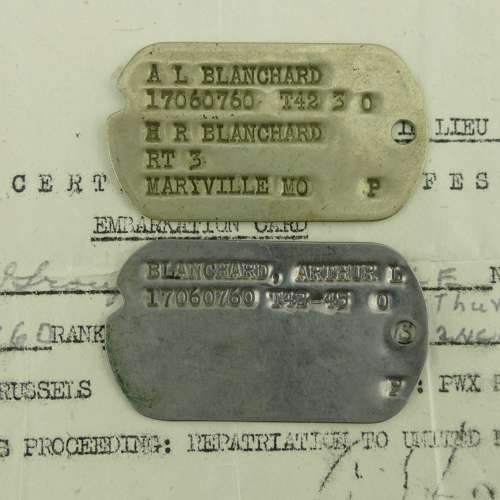 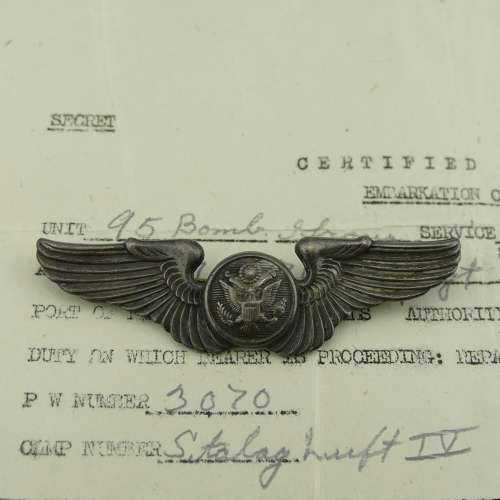 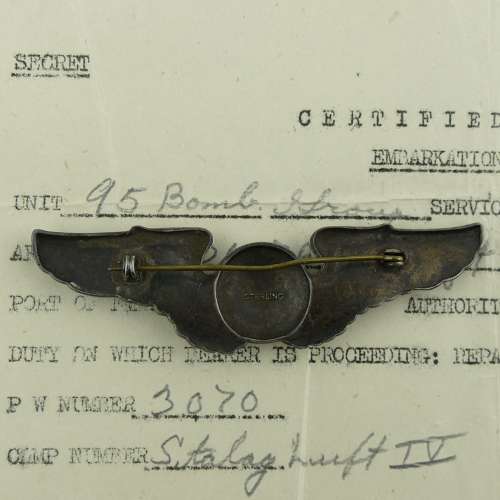 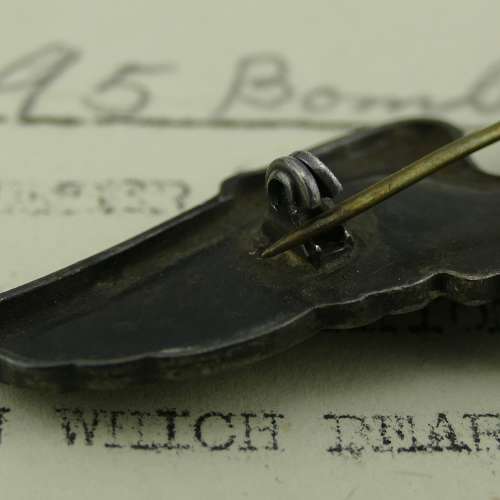