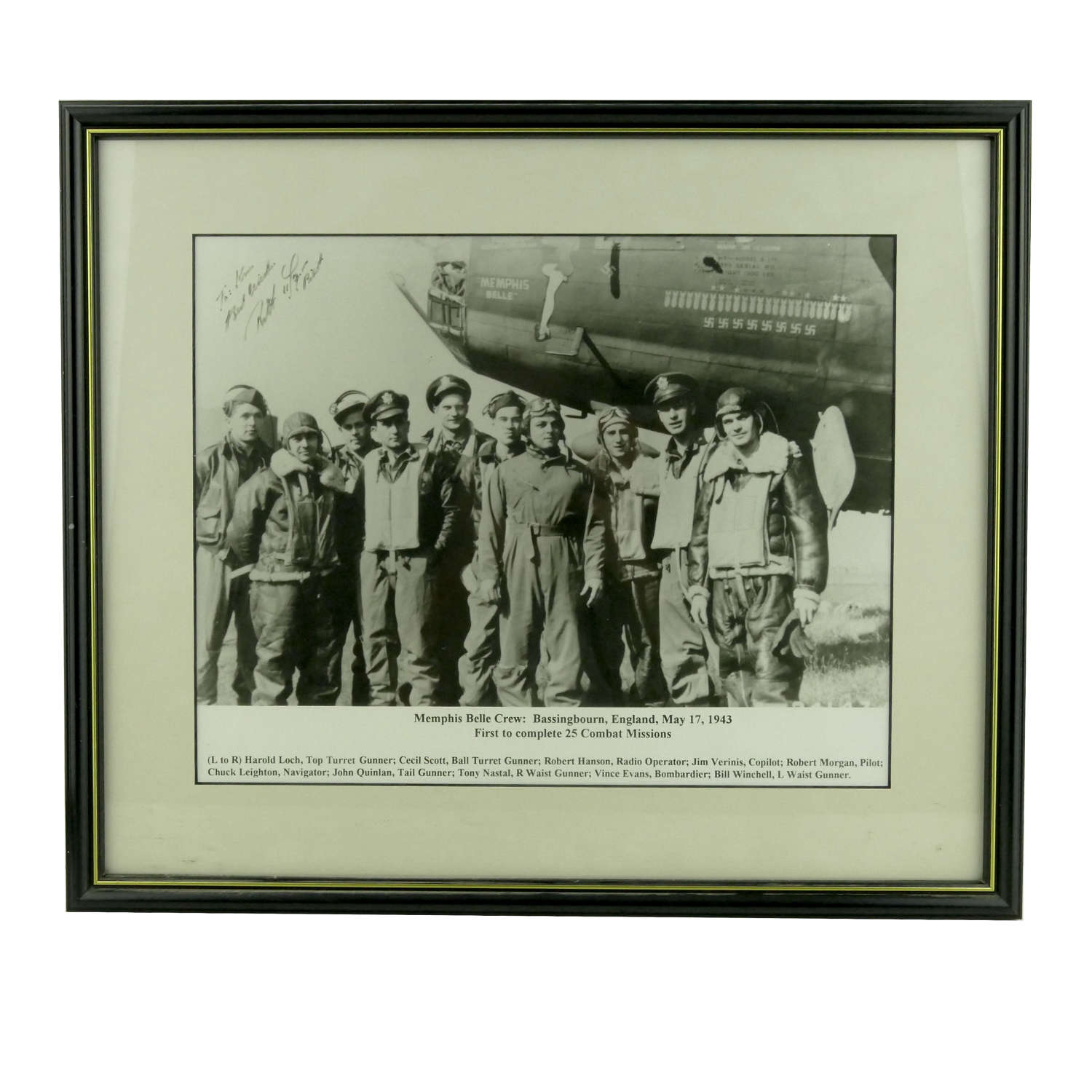 Photograph of the Memphis Belle signed by the pilot

Black and white copy photograph of the original crew of the famed USAAF B-17 'Memphis Belle', the first heavy bomber to complete 25 daylight sorties with the 8th AAF over Europe.  It shows the crew in front of the Flying Fortress at Bassingbourn on May 17th 1943, and they are named below.  The photograph is a little grainy but has been signed in ink by the pilot, Robert Knight Morgan (1918 – 2004).  Morgan and his crew were the subjects of a 1944 film documentary, 'Memphis Belle: A Story of a Flying Fortress', and another 1990 British-American film produced by David Puttnam, starring Matthew Modine, Eric Stoltz, and Harry Connick Jr.  After completing his European tour, Morgan flew another 26 combat missions in the B-29 Superfortress against Japan in the Pacific Theatre. The photograph is mounted, framed and glazed.  Image size is approximately 33 x 26cm, framed size approximately 35.5 x 38.5cm.  It can be supplied without the frame to reduce postal costs if required. Stock code P24215A-186. 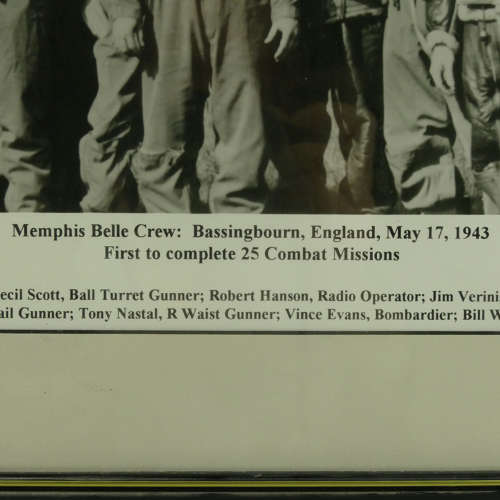 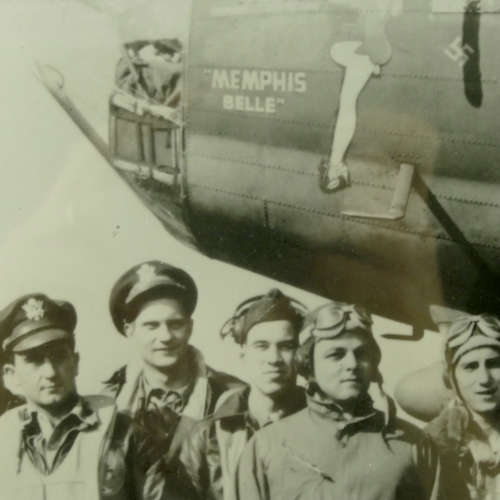 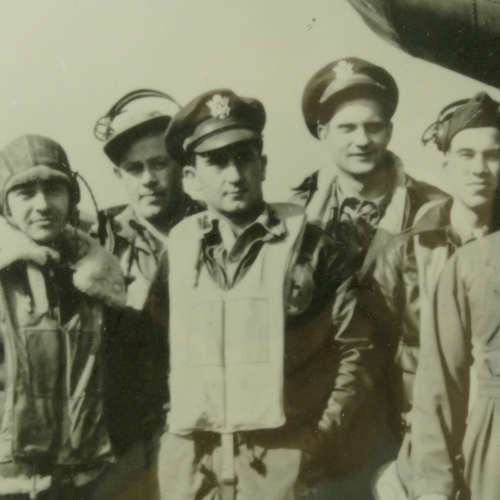 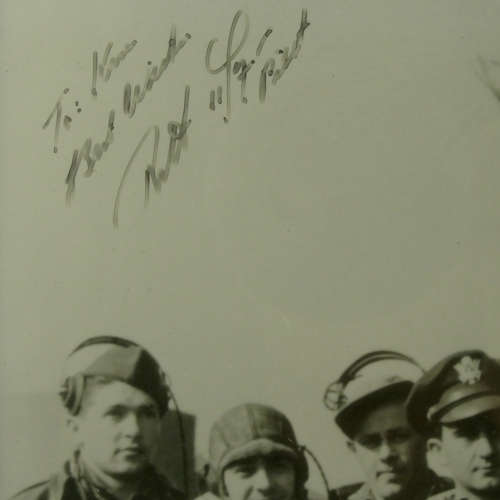