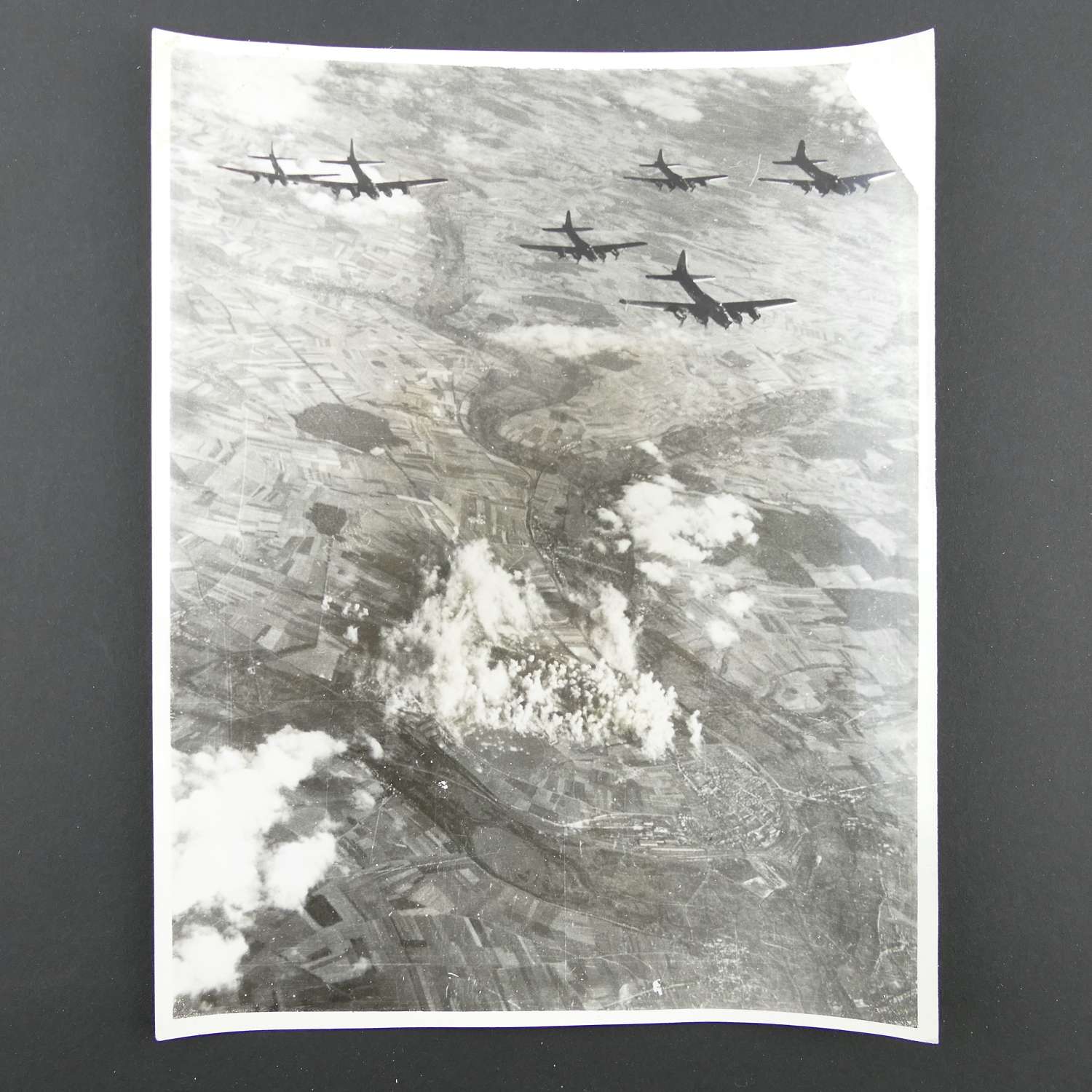 US official photograph - 8th AAF B-17 bomb Nazi fighter base

US Official photograph No. U.S.171(WN).  'U.S. Fortresses Plaster Another Nazi Fighter Base.  Shadow Of Things To Come.' The image shows B-17s over France with bombs bursting on the target below.  Captioned to rear 'Fortresses of the U.S. 8th Air Force plaster another Nazi fighter base in France, the Amiens-Glisy aerodrome...'  Dated September1943.  Distributed by The Ministry of Information.  Damage to the surface in the upper right corner.  Stock code P24215A-42. 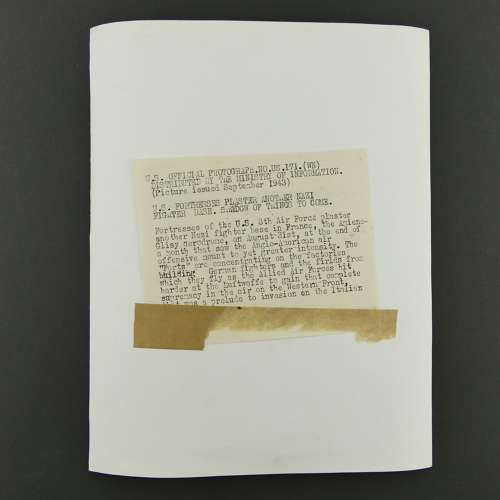 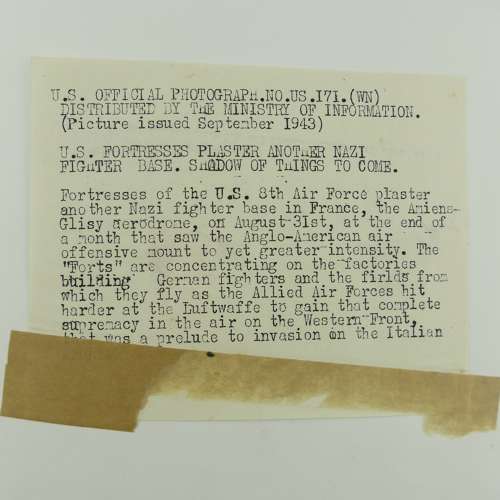