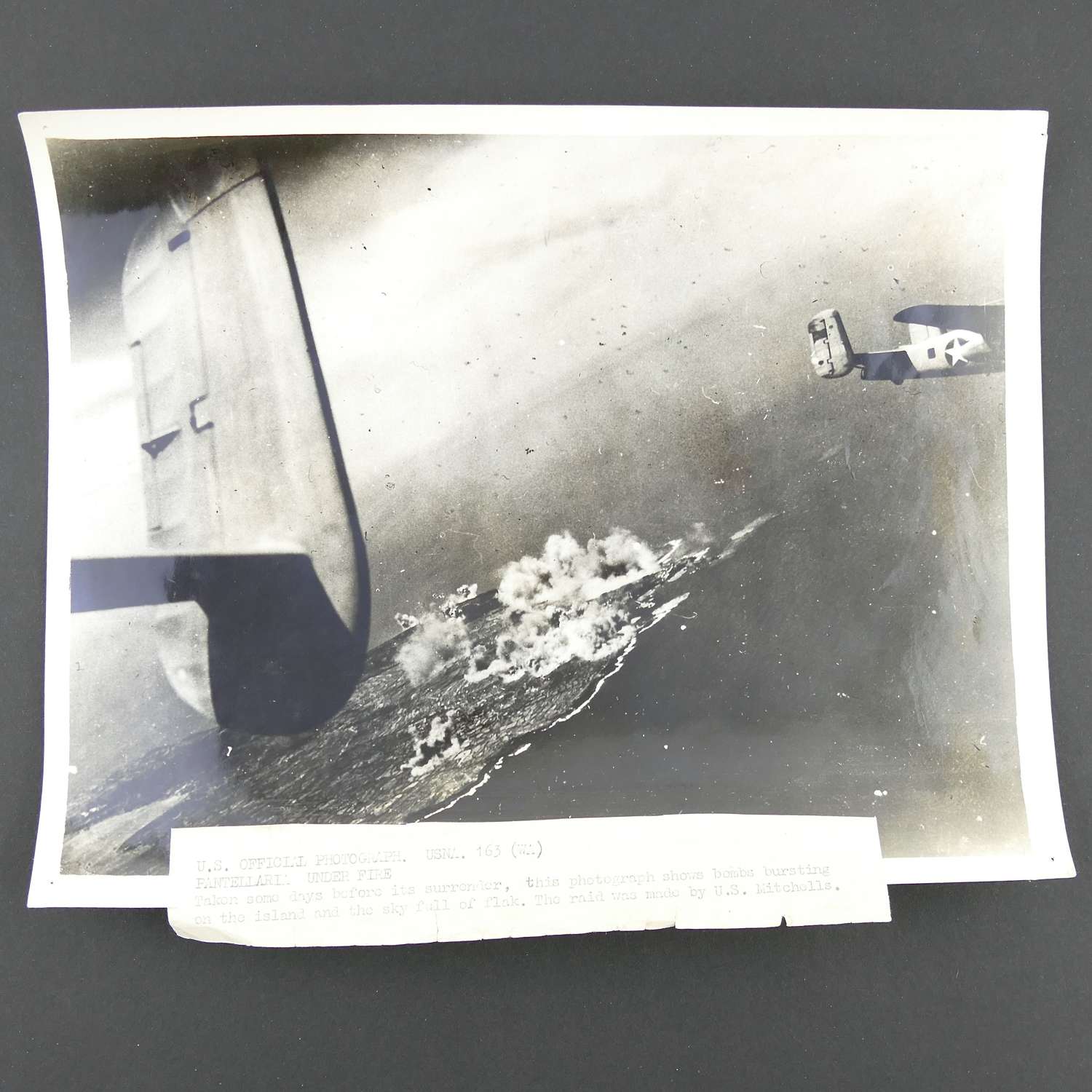 US Official photograph - An attack by US Liberators

US official photograph No. USNA163WA.  "Pantellaria Under Fire : An Attack by U.S. Liberators".  Captioned to rear "The Island of Pantellaria about 3 weeks before its surrender to the Allied Forces.  This photos, taken from a U.S. Liberator shows the air filled with flak bursts as the allied aircraft turn away, their bombs delivered on the island objectives".  The image shows USAAF Mitchell bombers leaving their target.  Bomb bursts can be seen in the backgound. Dog-eared corners with pin holes.  Stock code P24215A-38. 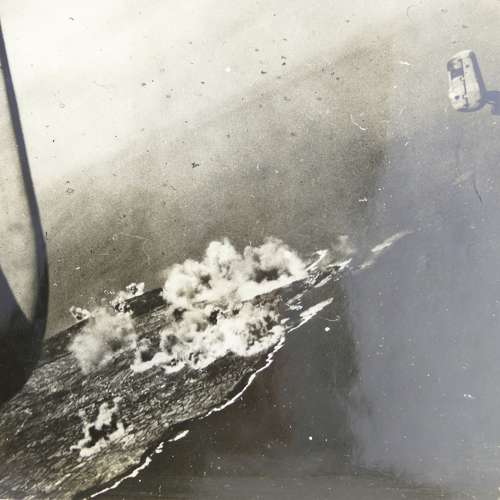 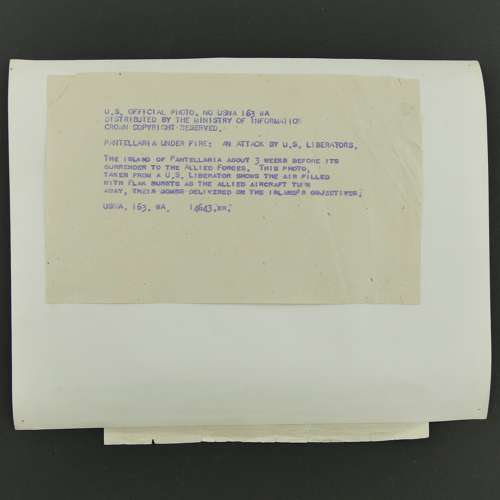 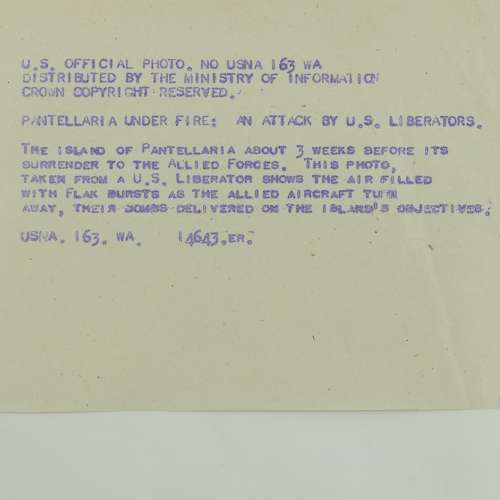