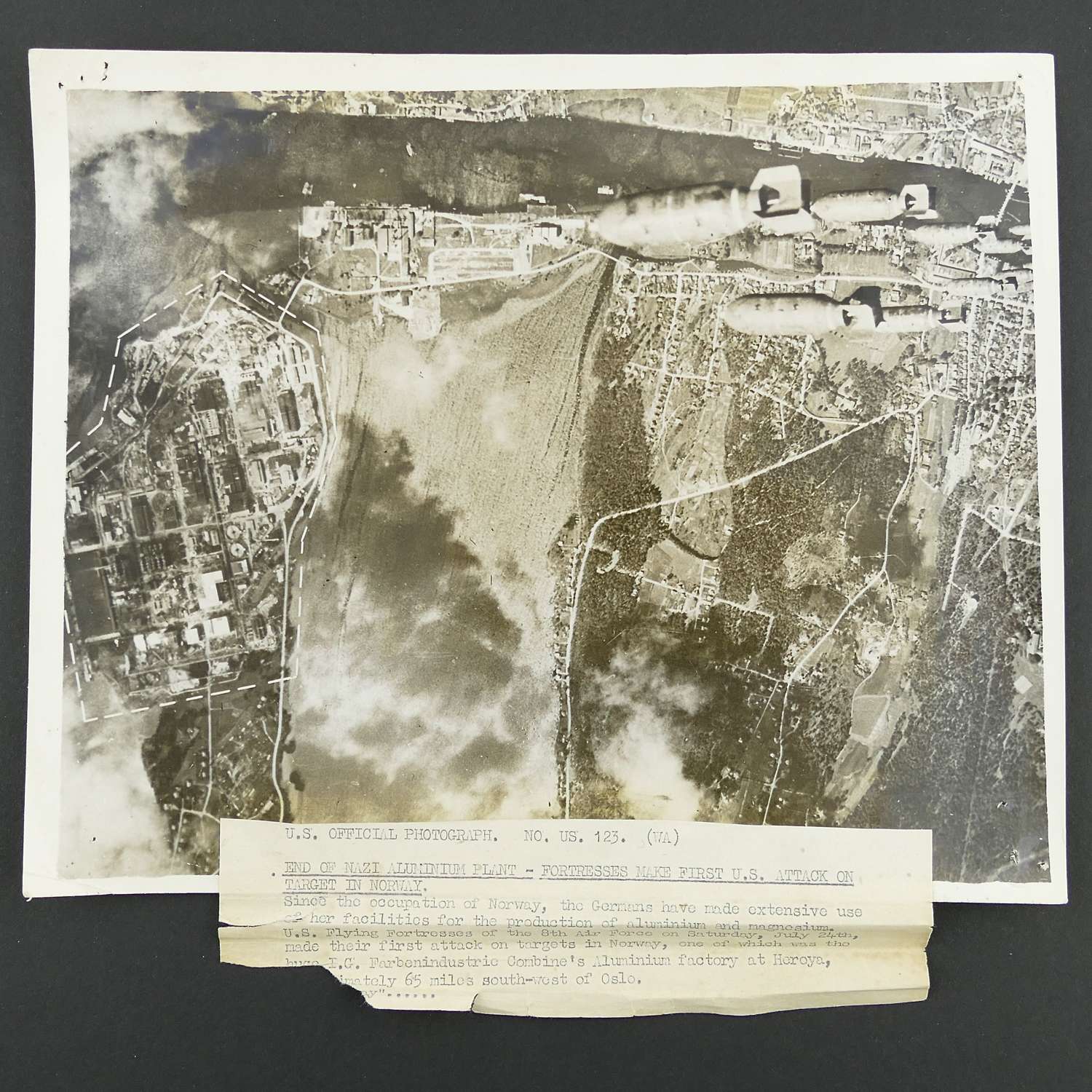 US Official photograph - Bombs Away...

U.S. Official 8th Air Force Photograph No. U.S.123 'End of Nazi Aluminium Plant - Fortresses Make First U.S. Attack On Target In Norway'.  Shows bombs dropping over the target which has been outlined in white on the image.  Captioned on the back and on a label at the base. 'Since the occupation of Norway, The Germans have made extensive use of that country's facilities for the production of aluminium and magnesium, vital to the German war effort.  US Flying Fortresses of the 8th Air Force on Saturday, July 24th, made their first attack on targets in Norway, one of which was the huge I.G. Farbenindustrie Combine's Aluminium Factory at Heroya, approximately 65 miles South West of Oslo'.  A bit dog-eared around the edges and with pin holes in the corners.  Stock code P24215A-17. 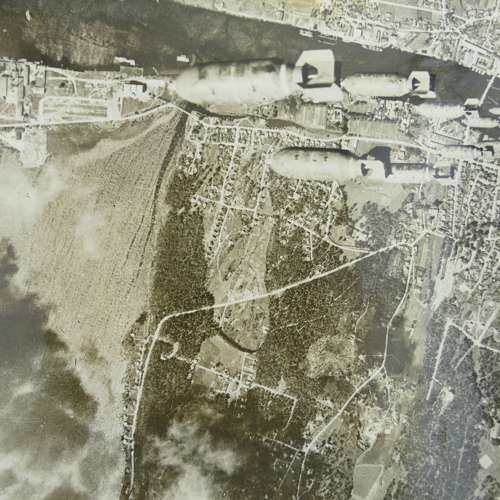 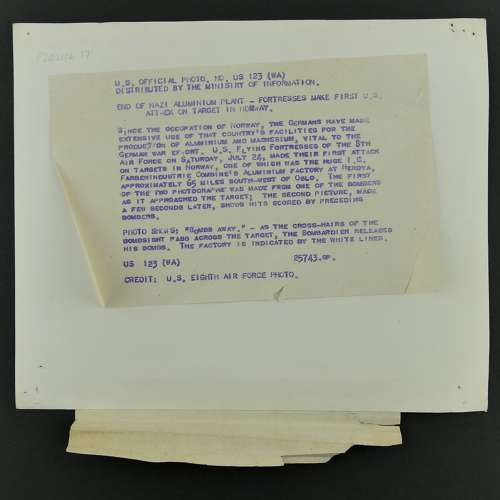