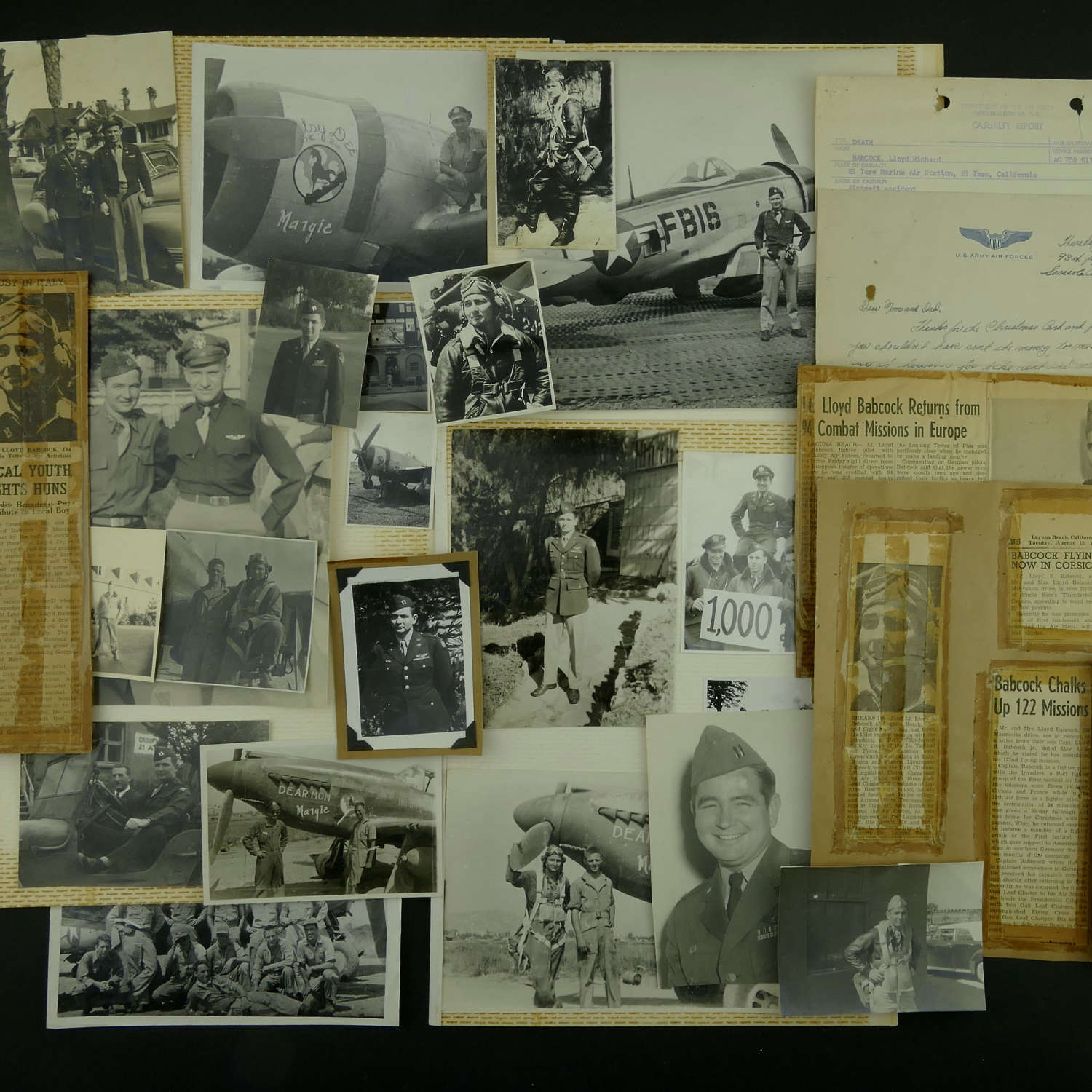 Photographs and press cuttings relating to 1st Lieutenant Lloyd Richard Babcock Jr. D.F.C., Air Medal with 4 oakleaf clusters, who flew A-36 Mustang Invaders and P-47 Thunderbolts with the 526th Fighter Bomber Squadron, 86th Fighter Group, 12th AAF.  Babcock flew over 122 missions, mainly in Italy, Corsica and France, many as flight leader.  His last 28 missions were flown in Germany.  He gave three of his aircraft the same name, 'Betsy D'.  The grouping is comprised of 41 photographs, these include many of him in uniform or flying kit, aircraft and so on.  There are about 7 small (45 x 60mm) photographs of his room, personnel in uniform, Babcock next to his aircraft and his base in France (?).  Approximately 9 photographs (averaging 7 x 10 cm) of him in uniform or with flying gear on, sitting in the cockpit of his aircraft or crouched on the wing (with visible nose art). The larger photographs average around 17 x 12cm and these include him with his aircraft, in uniform and with friends.  There are also 6 small American newspaper clippings, all relating to his combat service and a handwritten letter to his mother and father dated 30th December 1943.  This was written whilst he was training with the 98th Fighter Squadron in the USA.  Lloyd Babcock Jr. survived the war only to die in a flying accident on 22nd July 1952 whilst with the 3561st training squadron at Big Spring Air Force Base, Texas.  There is a period copy of the casualty report (1 sheet) of his death.  He was survived by his parents, wife and three-year-old daughter. There are some very good photographs in this lot, most of which are in good condition but the odd one has damage or creasing.  The photos came to us on relatively modern 'low tack' album pages but some are loose and ideally these all need mounting in a period album.  An interesting grouping worthy of further research.  Stock code P24215A-159. 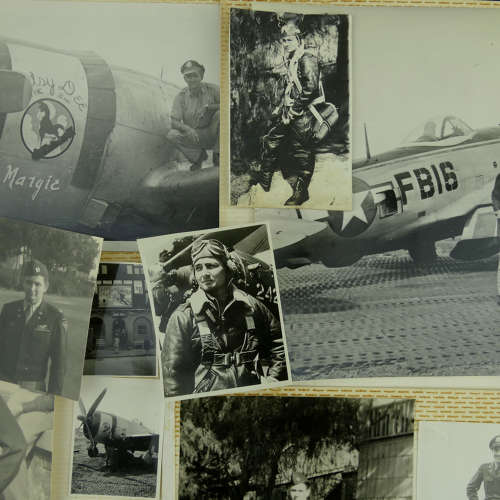 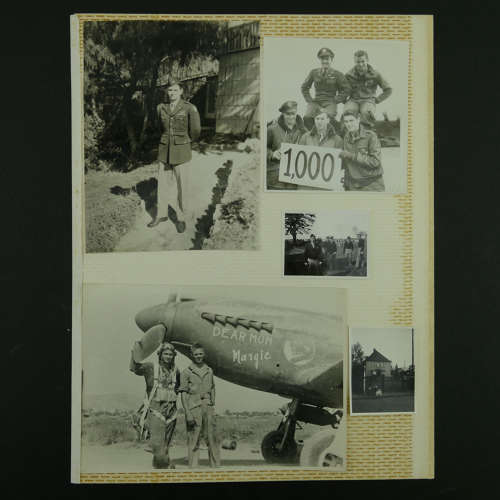 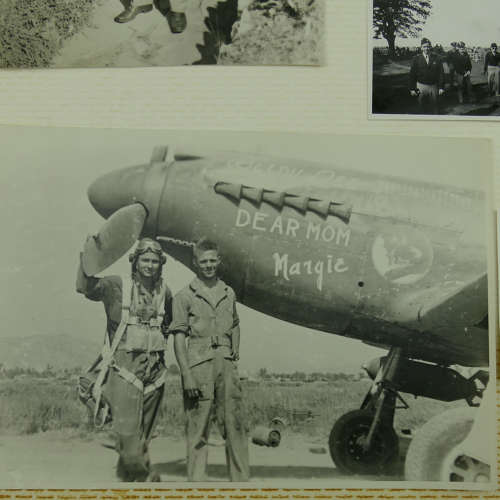 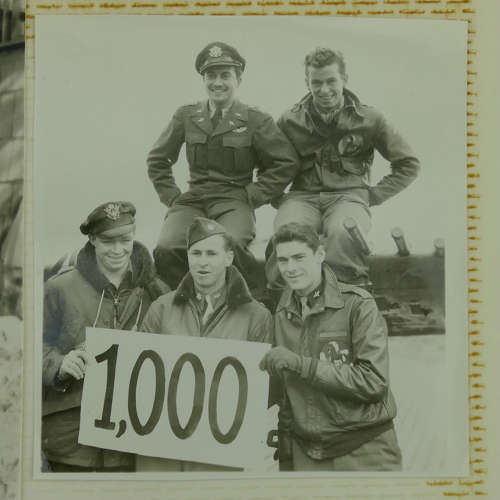 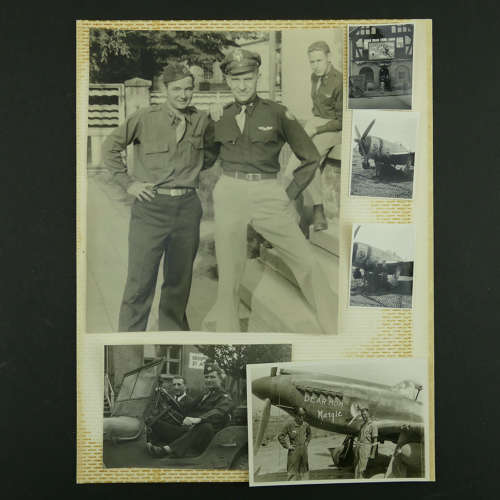 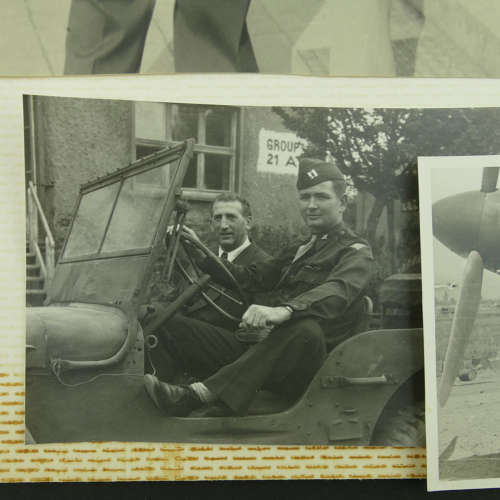 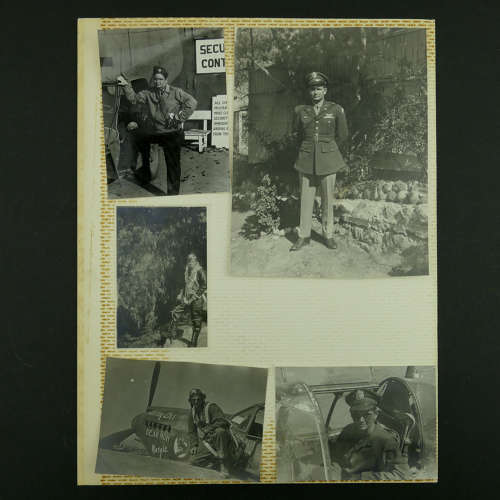 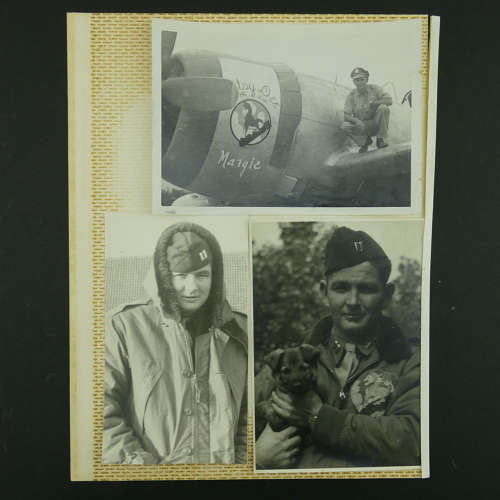 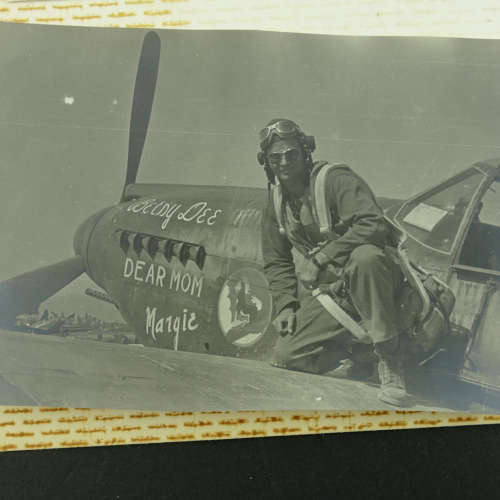 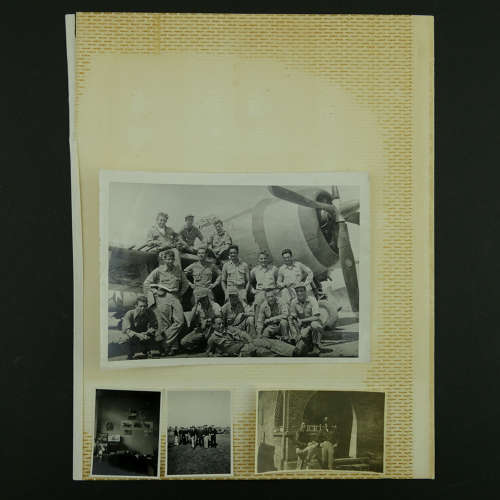 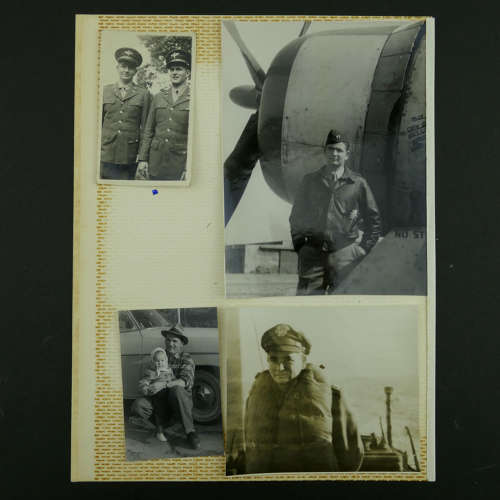 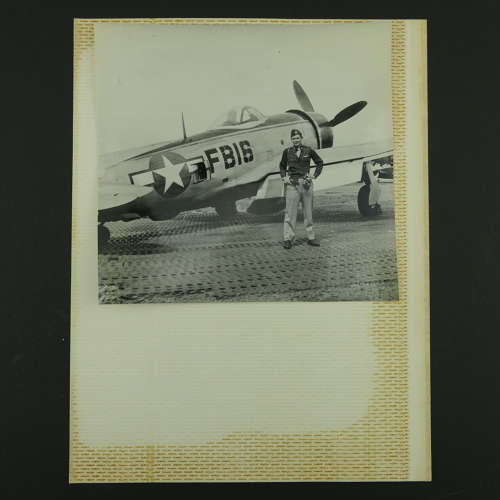 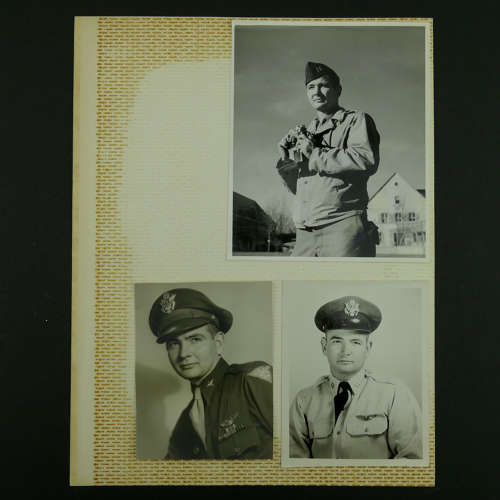 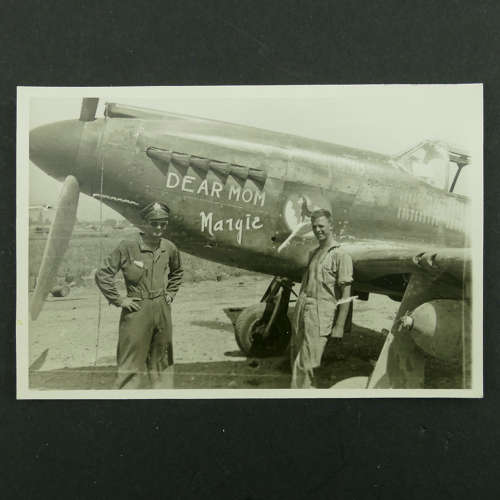 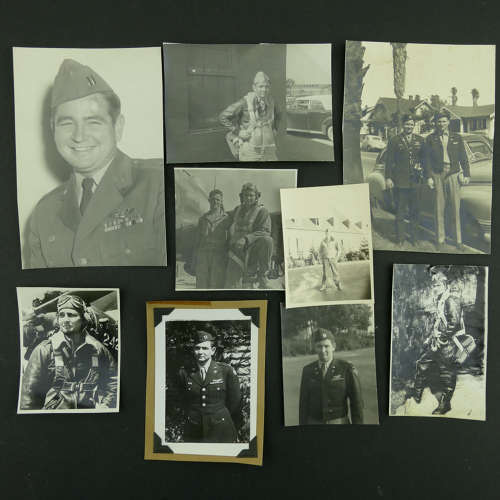 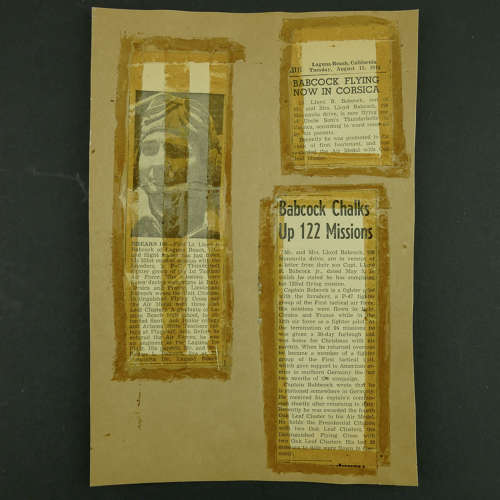 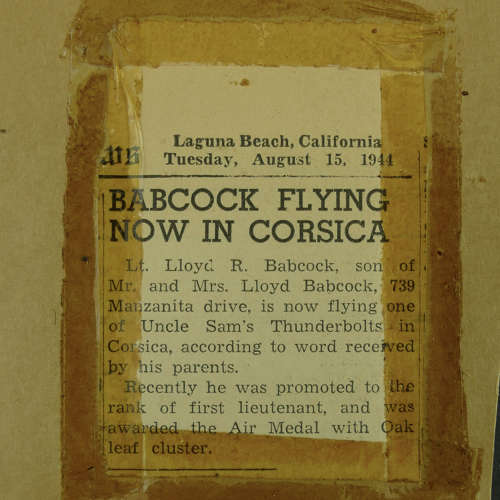 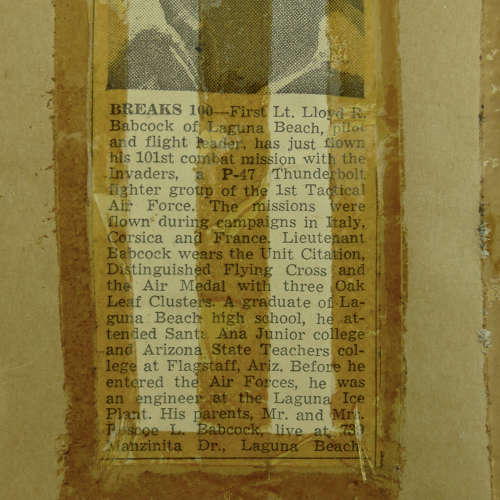 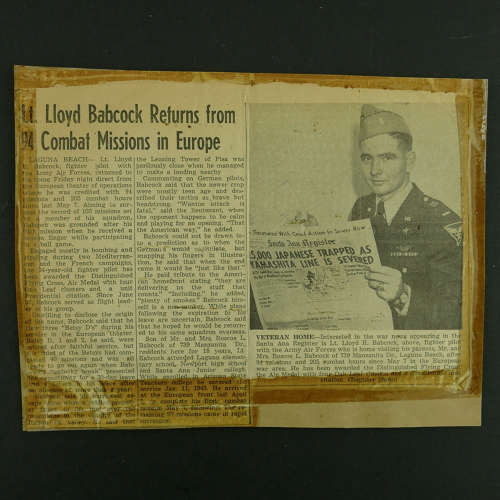 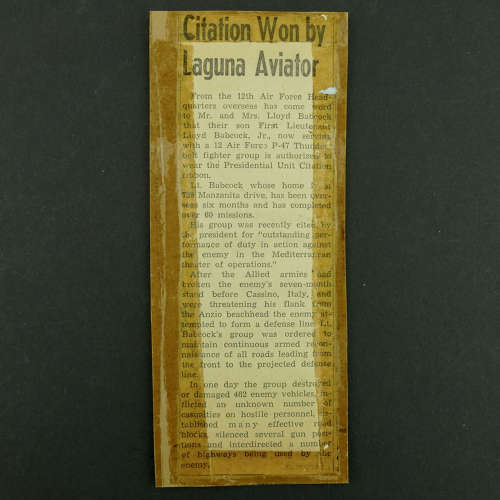 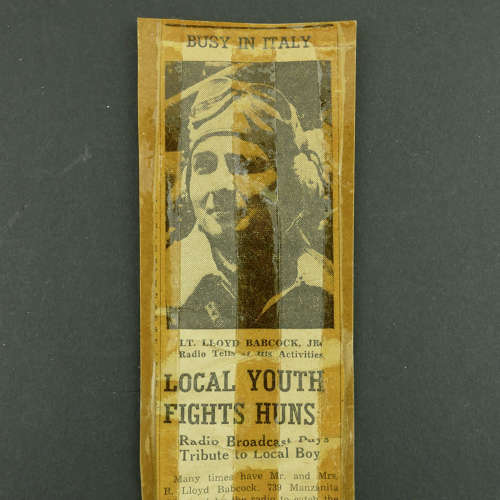 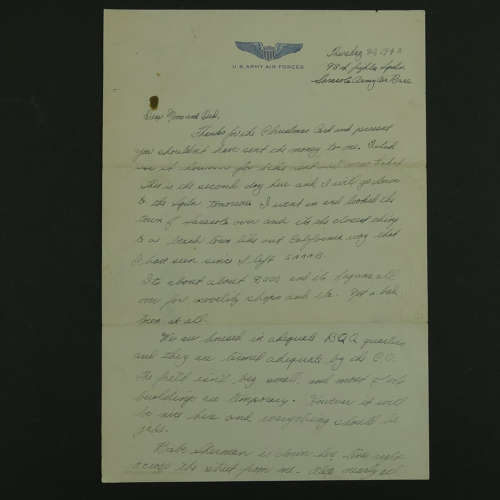 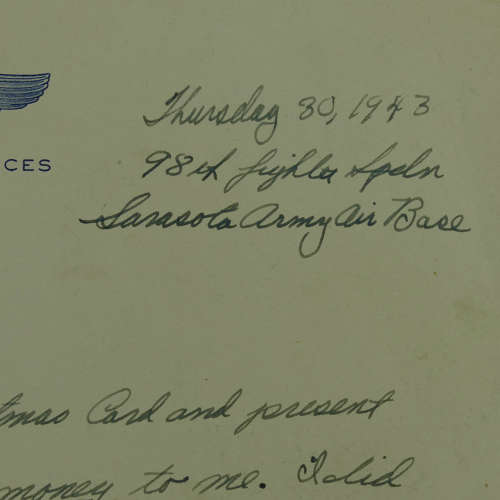 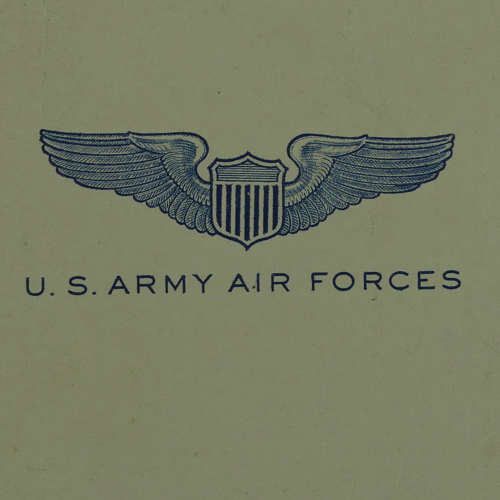 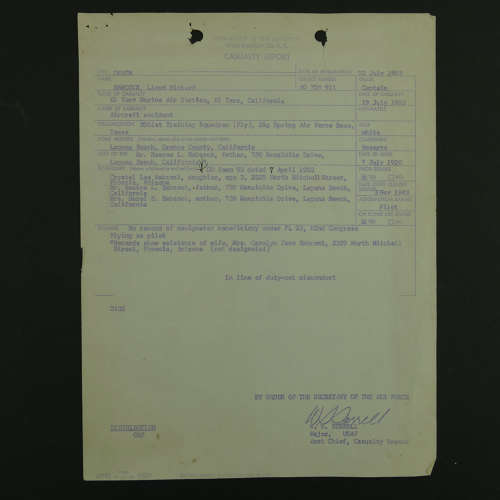