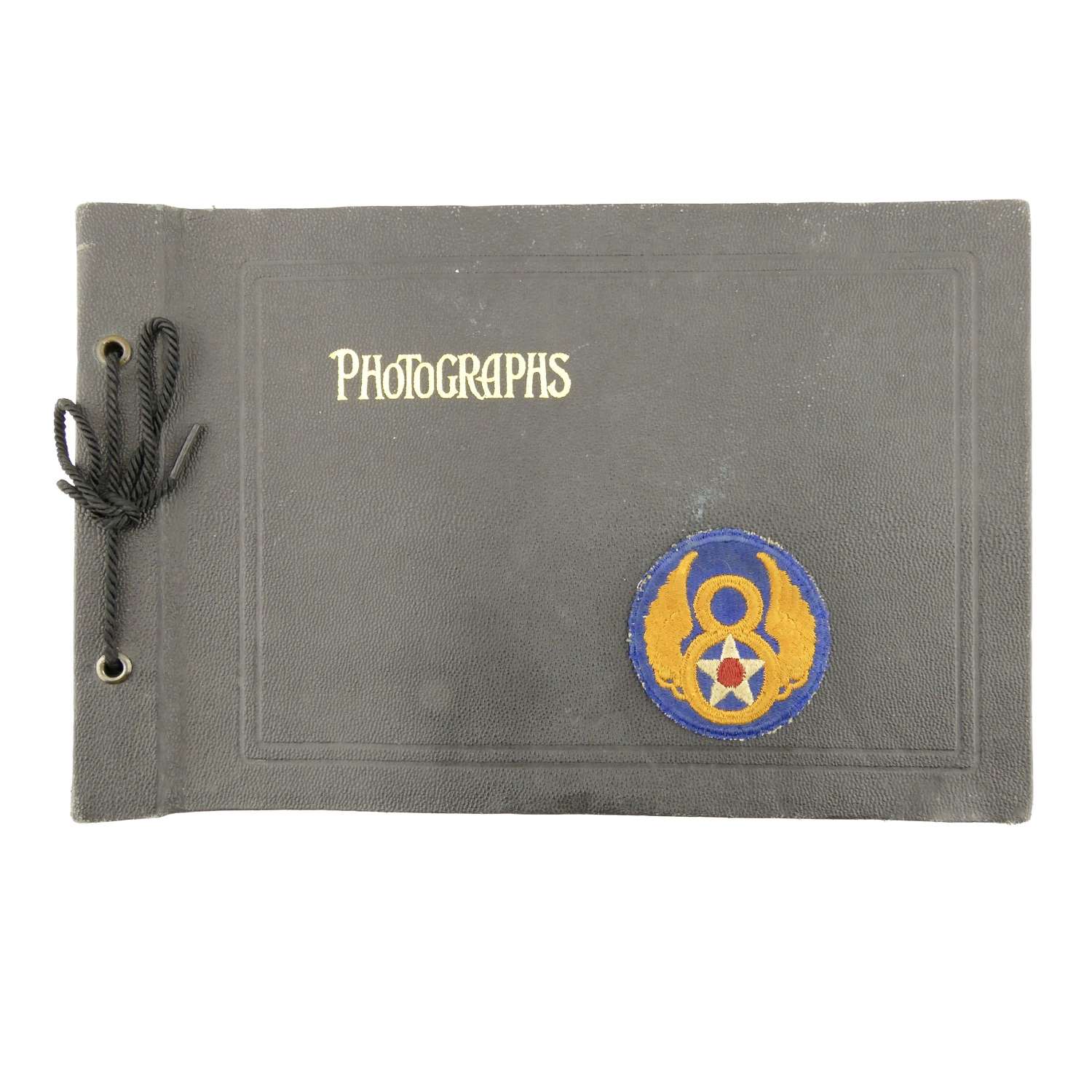 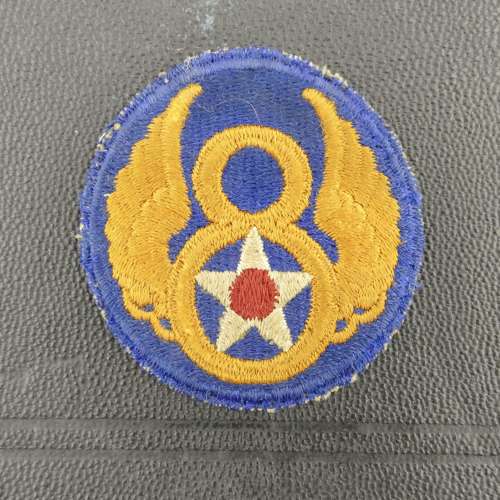 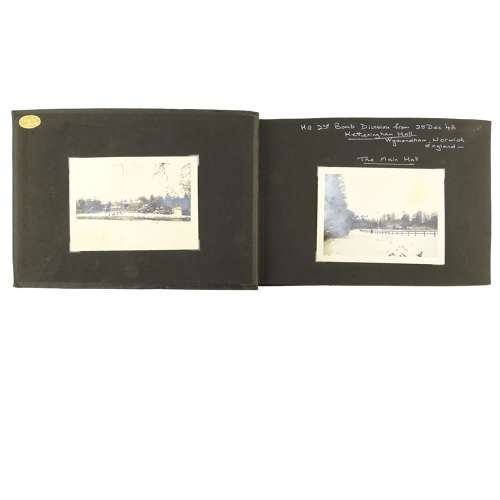 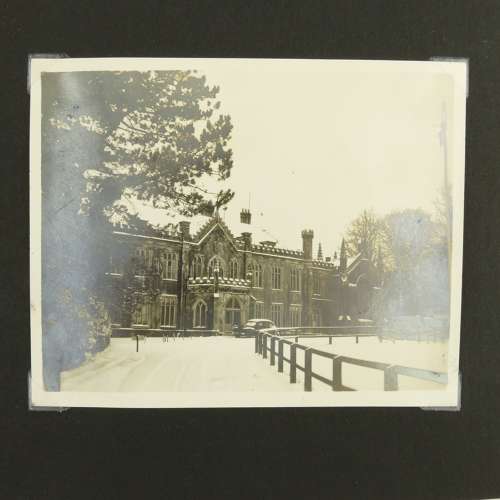 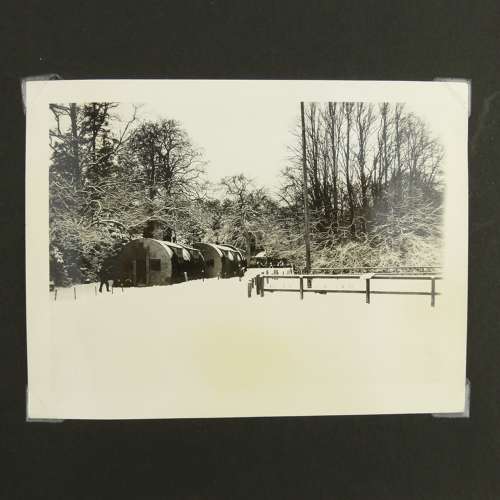 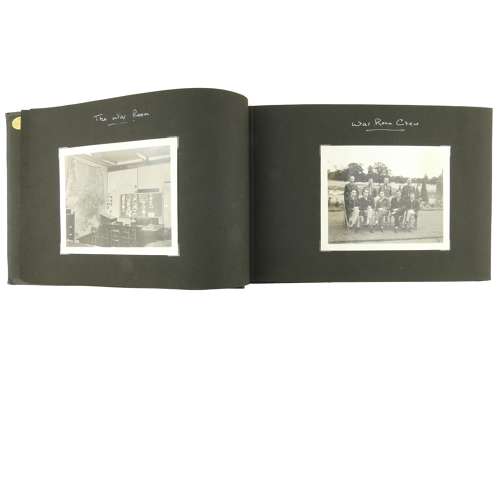 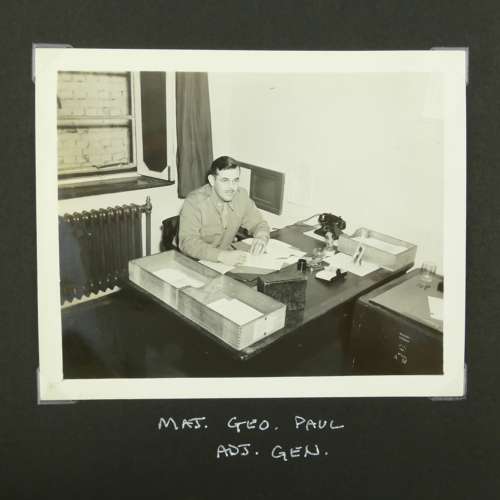 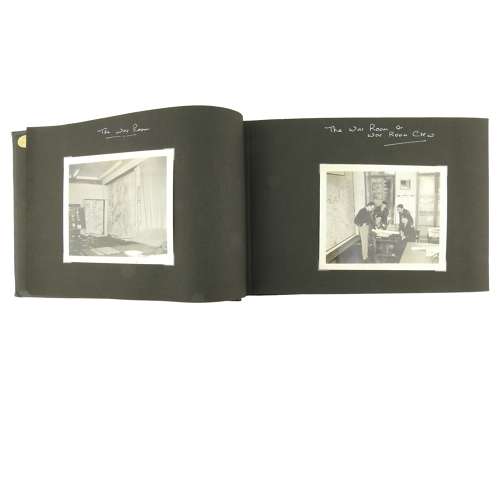 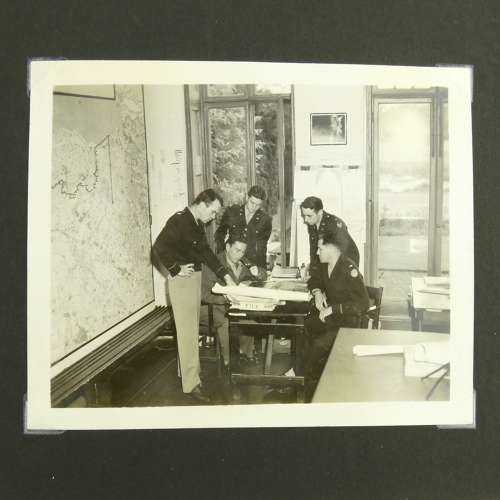 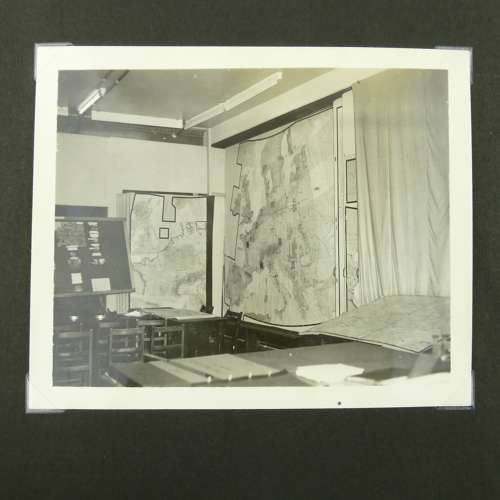 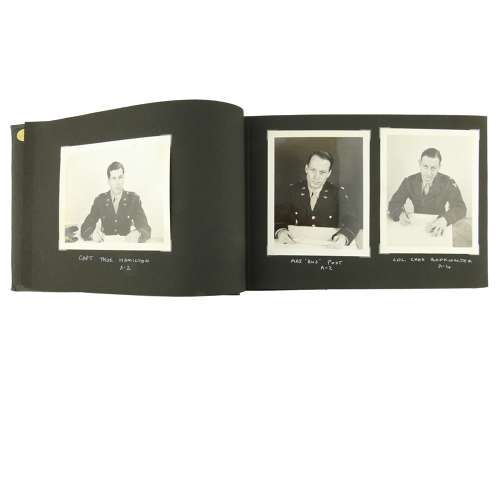 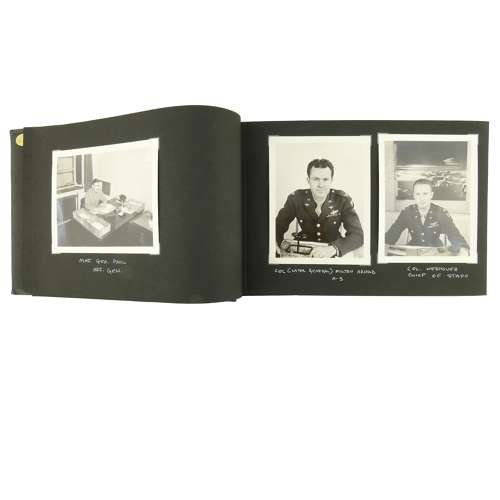 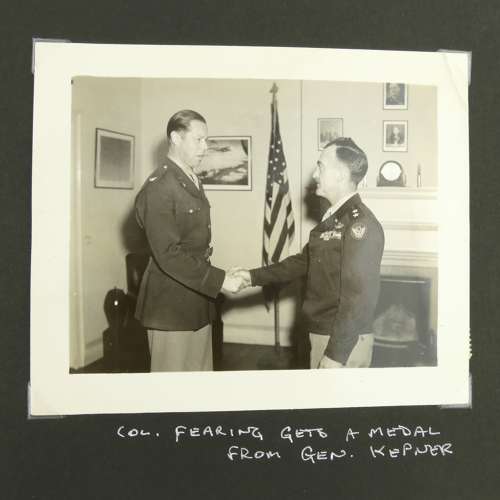 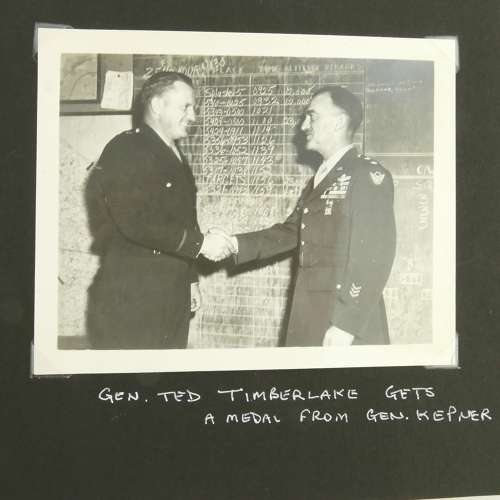 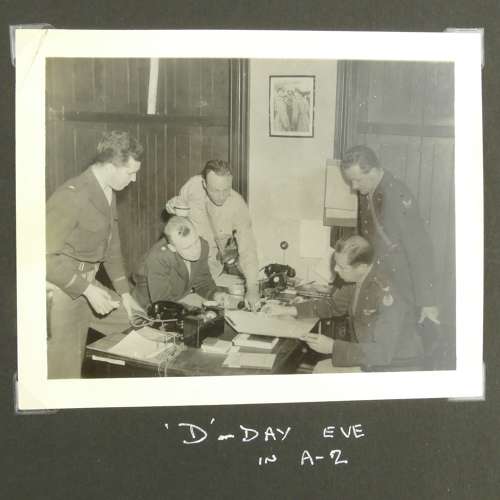 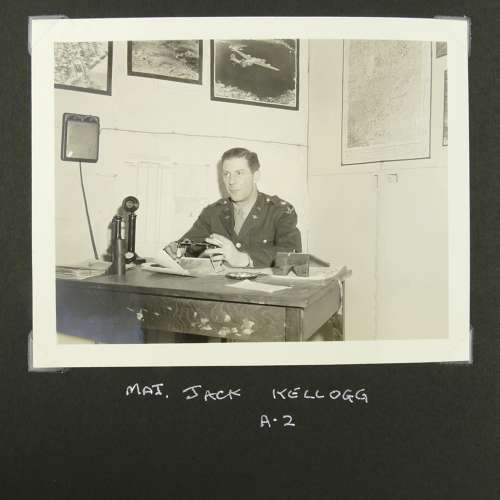 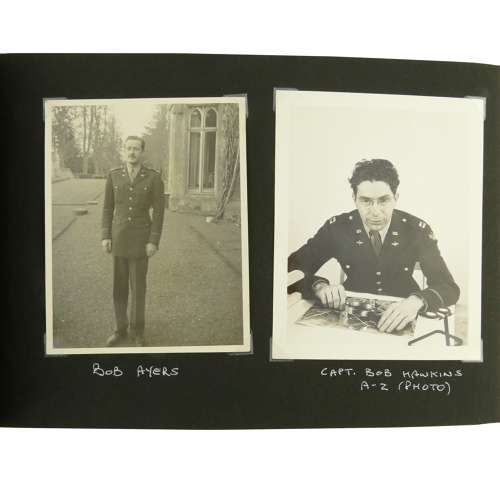 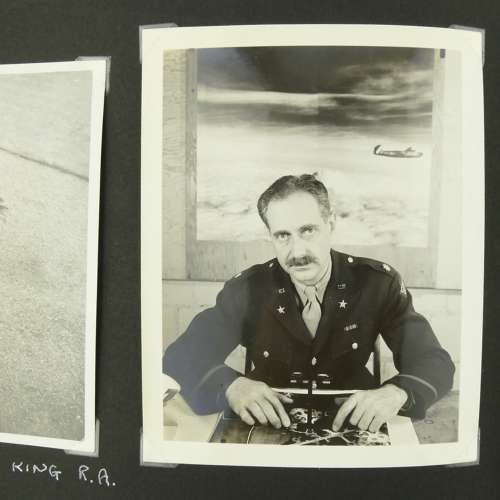 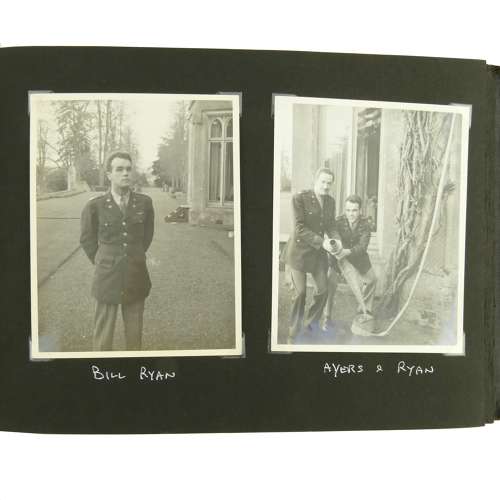 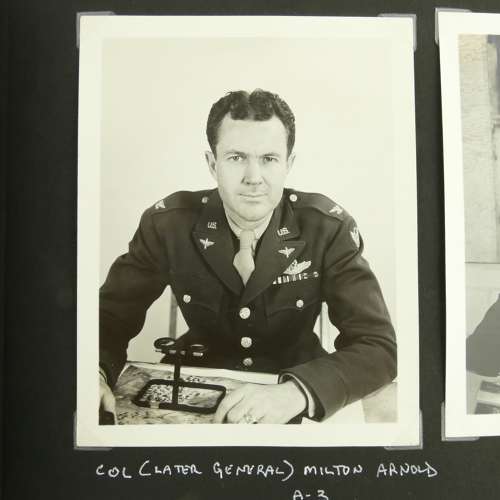 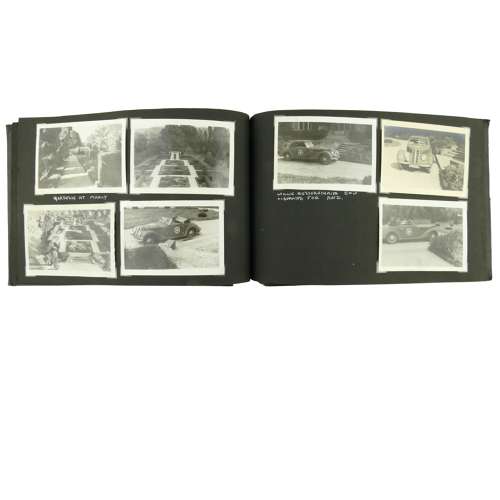 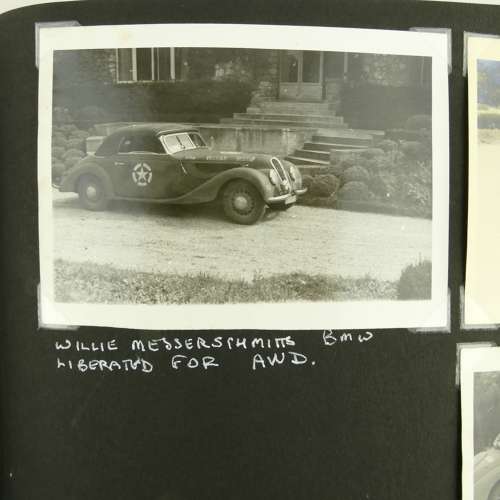 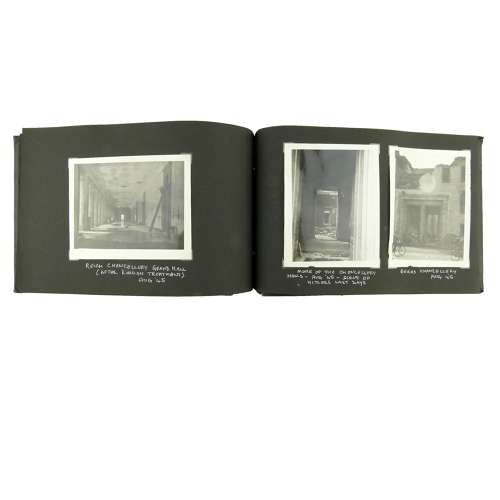 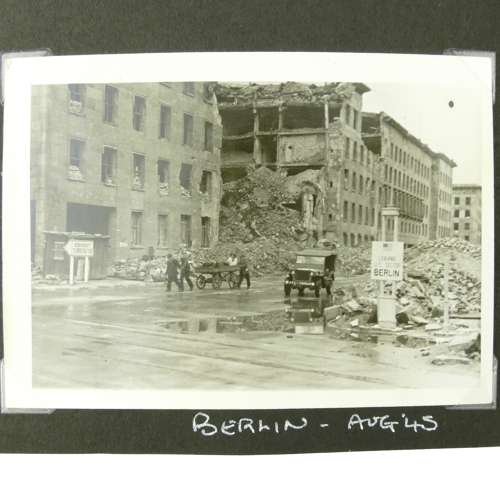 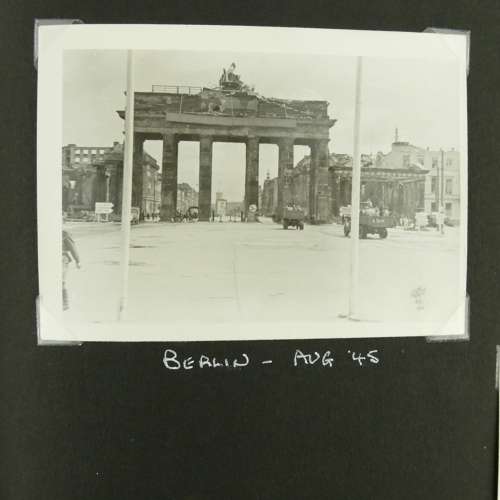 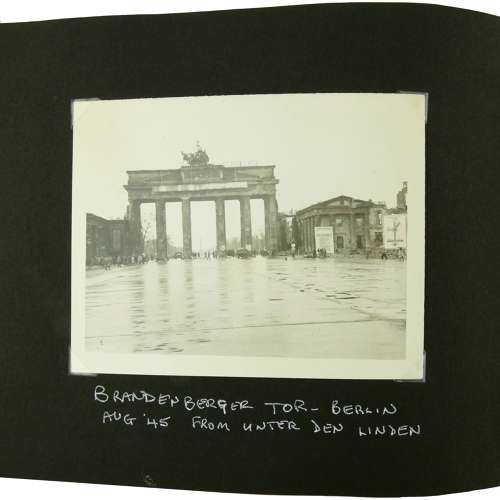 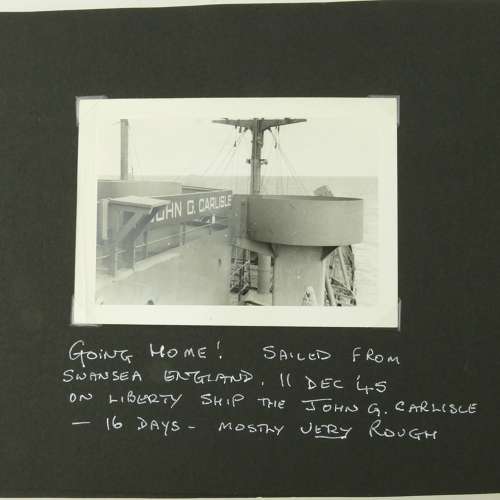 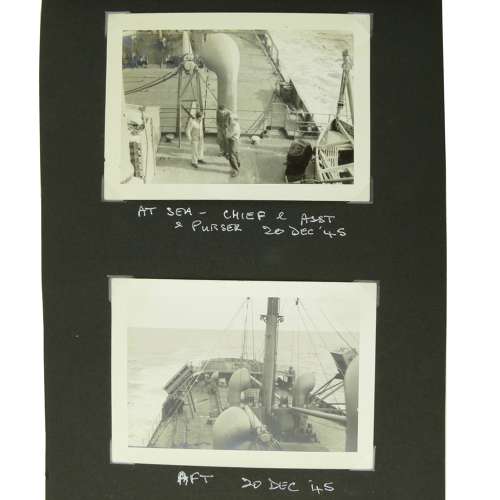 Photograph album approximately 28.5 x 18.5cm.  Black card covers, looseleaf with machine made 8th AAF shoulder patch glued to front cover.  Contains approximately 144 good quality photographs relating mainly to United States Army Air Force Sation 147 - HQ, 2nd Bomb Division, Ketteringham Hall, Wymondham, near Hethel, Norwich, England.  Ketteringham Hall, dating from between 1487 and 1601 sits within the Ketteringham Park Estate and was the childhood home of Lady Jane Grey.  The hall was requisitioned by the British Government at the beginning of the war and the USAAF moved in during December 1943. The ground floor was home to the Operations Section, Intelligence Sections and War Room.  The latter had orignally been the chapel and a large mezzanine level was created with a glass viewing area affording high ranking officers a view of the battle map of Europe below.  The first 17 photographs show the hall and grounds within the estate and  the next 39 are of the War Room and staff.  There are excellent photos of high ranking staff, many of whom are named.  These include Colonel Milton Arnold, Colonel Westover (Chief of Staff), Major Jack Kellogg, General Ted Timberlake, General Kepner and many more.  One image is captioned 'D-Day Eve' and shows officers looking at documents.  The next batch of 28 photographs are of officers at St. Germain (Paris) c. July/August 1945, some of Willie Messerschmitt's captured BMW and a wedding. Forty photographs of Berlin c.August - November 1945 follow showing bomb damaged buildings opposite the Chancellery, Brandenberger Tor, Reichs Chancellery, Adlon hotel, Potsdamer Bahnhof, Reichstag, Templehof area, Air Ministry etc.  A few photos of the Peter Pan statue in Kensington Gardens, London follow, and finally there are 12 images of the owner's return to the USA aboard the John G. Carlisle sailing from Swansea.  Most of the images are a good size (approximately 13 x 10.5cm ) and lots of the officers' uniforms can be seen clearly with 8th shoulder patches visible.  Other interesting items are the period telephones, furniture, Air Ministry safe, maps etc.  Most photographs have some glue/paper residue to the rear where previously glued in another album.  They have been remounted using photo corners.  A superb historically significant album with some excellent quality clear images. Stock code P24215A-60.