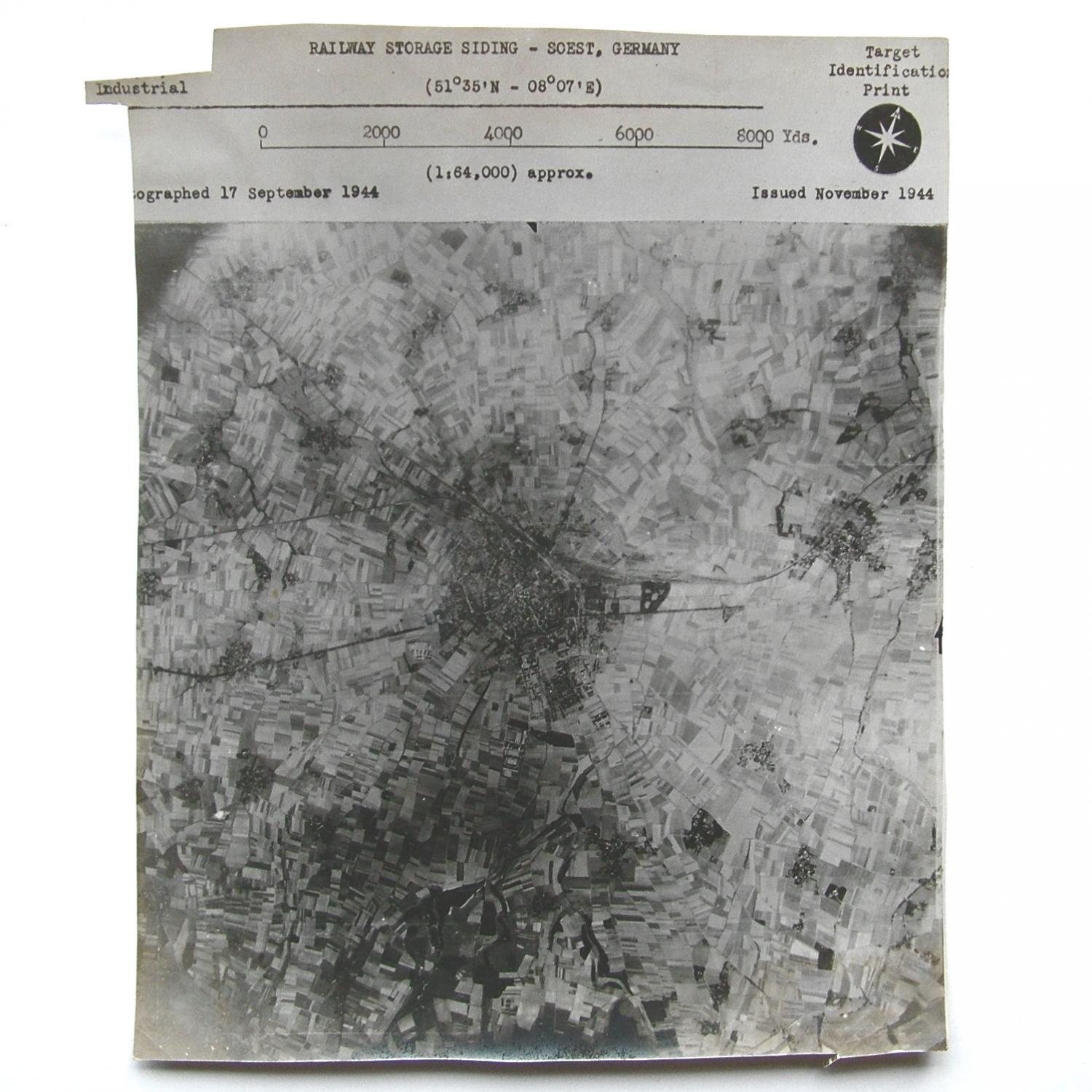 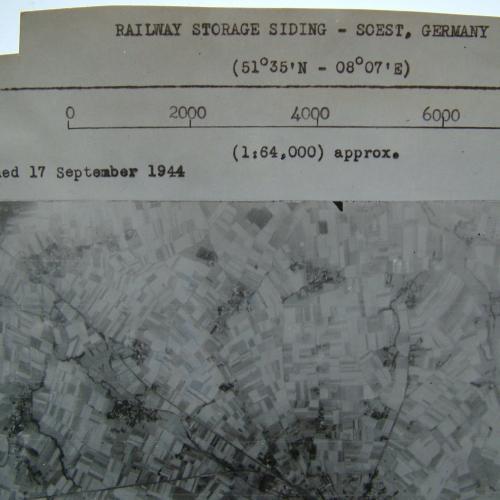 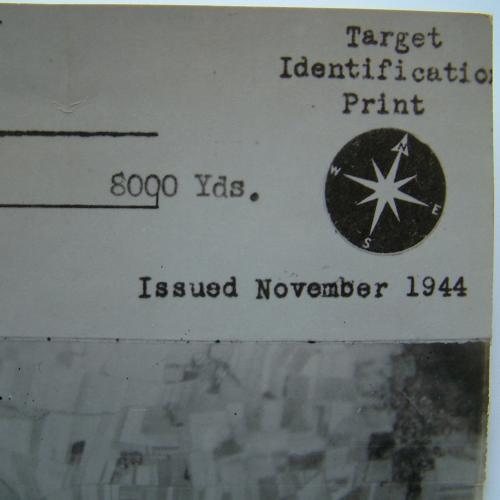 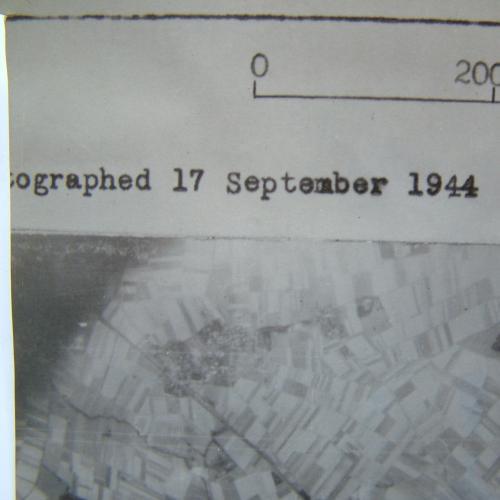 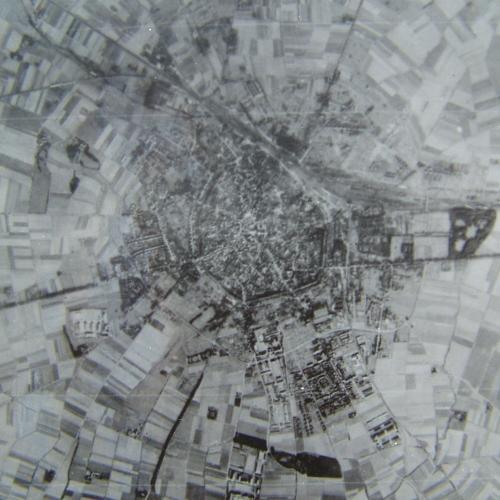 Target identification print,approximately 17.5 x 23cm. Centred on the railway storage sidings at Soest, Germany.  Photograph taken 17 September 1944 and issued November 1944. This came with others, all related to raids undertaken by the 8th AAF 91st Bomb Group. It flew from AF Station 121, RAF Bassingbourne and consisted of the 322nd, 323rd, 324th, and 401st Bomb Squadrons.  They operated  B-17 Flying Fortress bombers, the most noted aircraft of which was the legendary Memphis Belle. The photo has been roughly trimmed square. Stock code P204013.