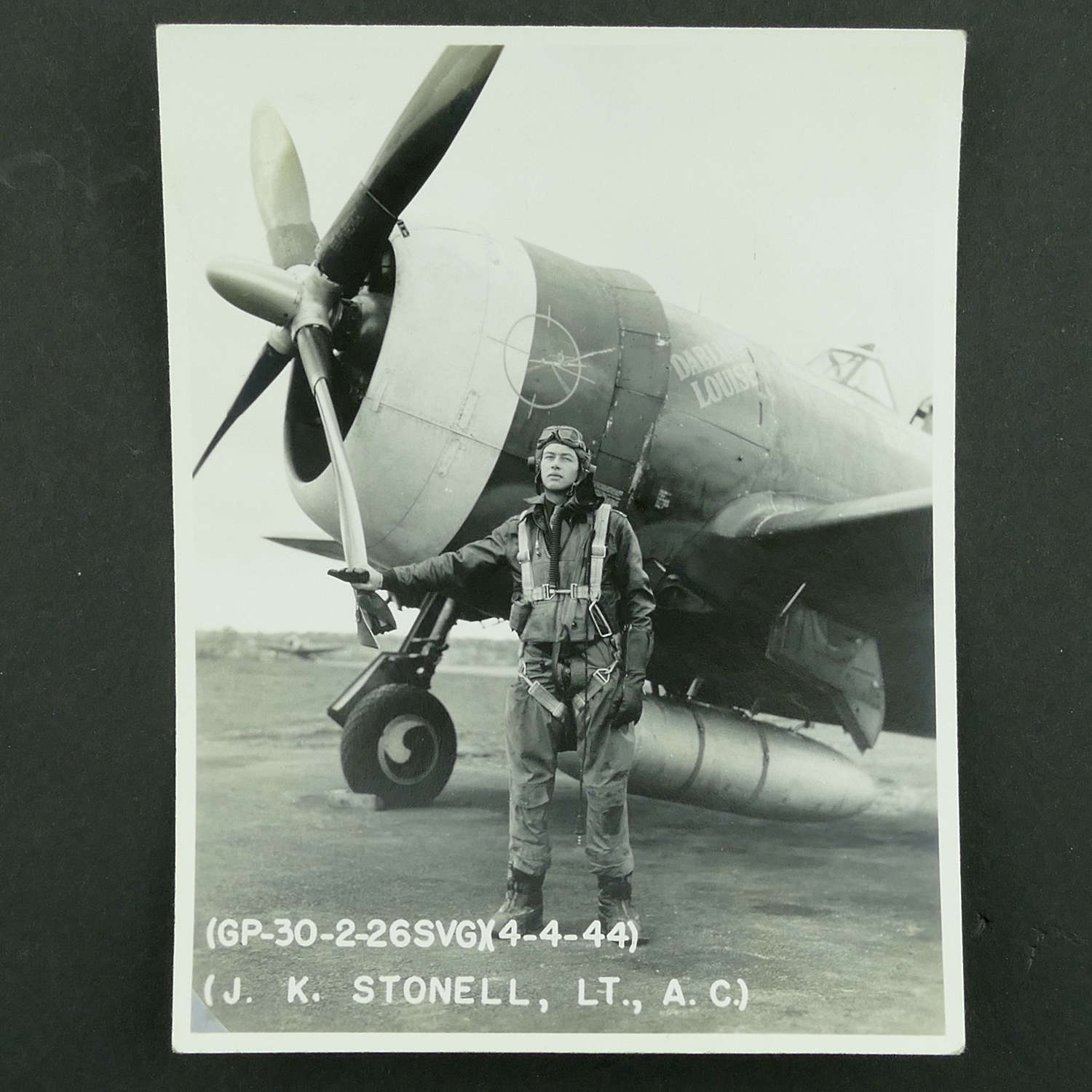 Approximately 9.5 x 12.3cm.  Good clear image of a P-47 Thunderbolt with cowling nose art showing gunsight crosshairs with an enemy aircraft within,  alongside the name 'Darling Louise'.  The pilot, Lt. J.K. Stonell is standing with one hand on the propeller and is wearing an A-2 jacket over the top of his flight suit, B-4 lifevest, seat type parachute harness, A-6 boots, British C-type helmet / Mk.VIII goggles, an A-14 mask and British 1941 pattern gauntlets.  Officially captioned at the bottom and dated 4-4-44. The 366th Fighter Group of the 9th AAF, known as the 'Gunfighters' was comprised of the 389th, 390th and 391st fighter squadrons.  Initially based at Membury in Dorset, they later moved to Thruxton in Hampshire and were heavily involved in the build-up to D-Day, moving to France on 17th June 1944 as ground support in the Battle of the Bulge.  Scarce original 'nose art photographs. Stock code P24215A-155. 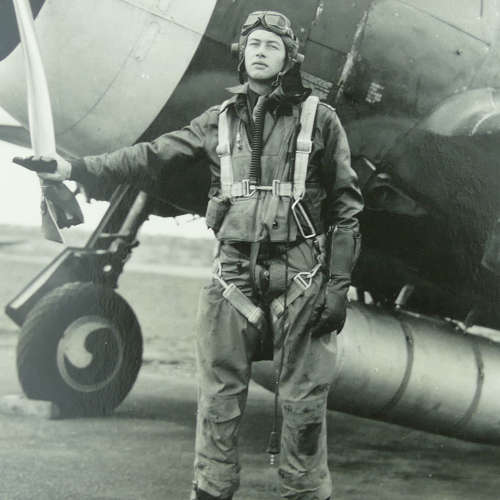 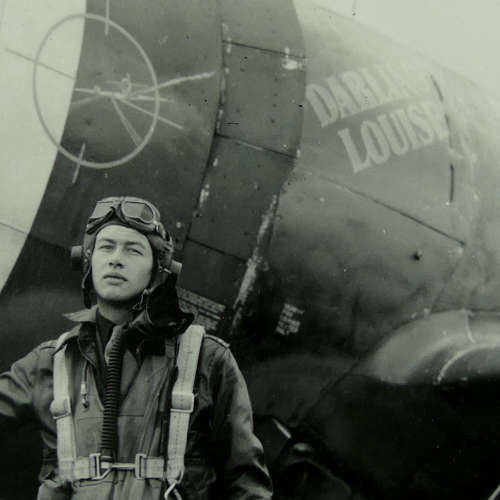