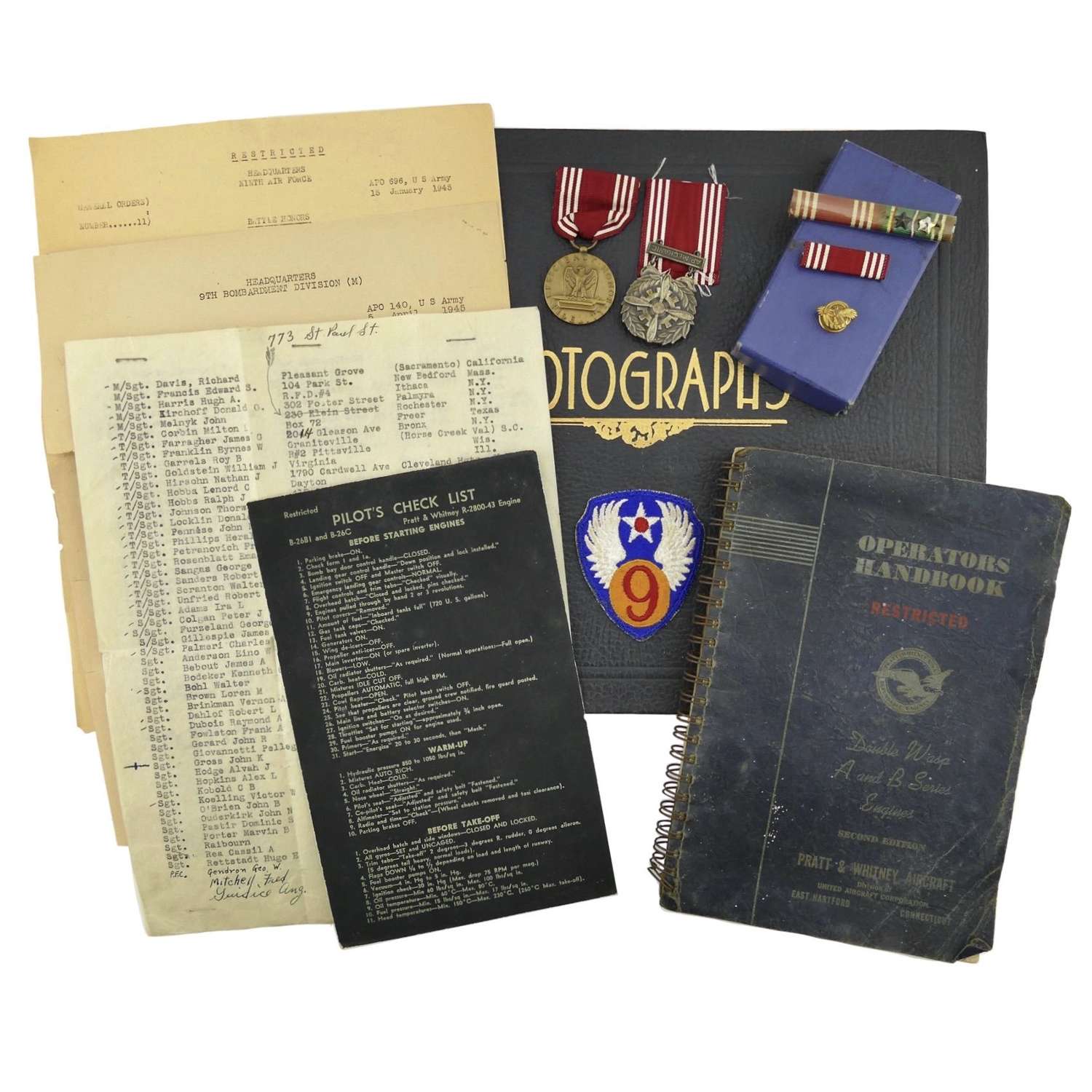 Photograph album grouping to Master Sergeant Edward S. Francis, an air mechanic with the 572nd  bombardment squadron, 391st bombardment group, 9th AAF.  Faux leather hard-backed album approximately 33.5 x 26cm.  Looseleaf bound with cord.  Machine made 9th AAF shoulder patch glued to the cover.  This contains approximately 117 (plus additional contact sheet images) black and white photographs relating to his service.  They are inserted into the album using 'photo corners'.  The first six images are of him or his friends in England and are captioned at the bottom - two are dated July 1944. Next is a page of contact strips - these show views of London including Trafalgar Square, Big Ben & Parliament but also aircraft and nose art.  The next few are of groups of airmen, an airfield and Nissen huts/buildings.  The last section of photographs are of aircraft, mainly Martin B-26 Marauders and Douglas A-26  Invaders, possibly in France.  They include some good rare images of aircraft nose art including 'Lady Halitosis', 'Little Pink Panties', 'Little Gal', 'McCarty's Party', 'Bum Steer', 'Boche Buster', 'The Susan-Kay'and 'The Three Bears'.  Some are captioned with the pilot's name.  Towards the rear of the album is a selection of photos of aircraft crashes - most are marked 'restricted',  dated, and have details of the relevent bomb group and aircraft.  Further images show flak/battle damaged airframes.  A couple of colour images on the inside cover appear to be from the 50s or 60s?  Most of the photographs are approximately 9 x 12cm, some  larger, a few smaller.  The vast majority are good clear images.  The album comes with  Francis's Sterling silver marked Airplane Mechanic's badge and ruptured duck discharge badge. His Good Conduct medal is boxed with mounted ribbon, spare ribbon and medal bar for this and the European Theatre of  Operations and 2 stars. There is also a list of personnel with addresses (including Francis), a sheet regarding Battle Honors bestowed on the 391st  Bombardment Group c. January 1945 for outstanding performance of duty in action against the enemy in December 1944.  This fragile sheet documents the raids for which the award was made.  Two further sheets (March/April 1945 dated) congratulate the aircrew and groundcrews for record numbers of sorties undertaken.  Next is his 'Operators Handbook for the Double Wasp A and B Engines (with Single or Two-Speed Supercharger)'. P/b, 15 x 20cm., 2nd edition, 170p, September 1943.  This has comprehensive information on these engines and is illustrated with photographs, diagrams etc.  It is named to Francis on the inner front page and is in grubby but sound condition.  Finally there is a pilot's check list card for the B-26B1 and B-26C, 12.5 x 20cm.  Double sided, April 1943 dated.  A really interesting group with some very rare original nose art photographs which make it all highly researchable.  Stock code P24215A-13. 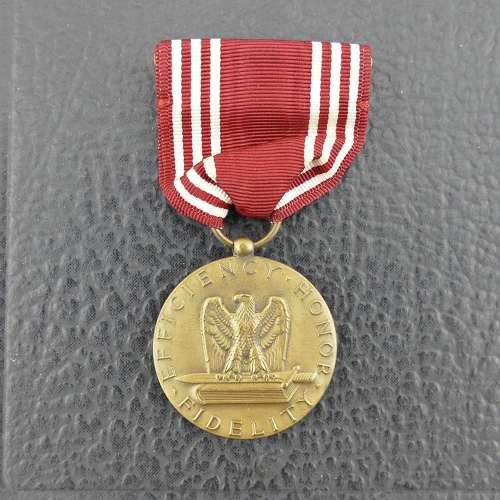 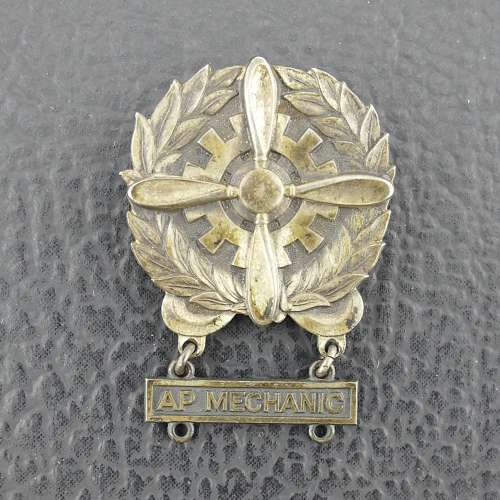 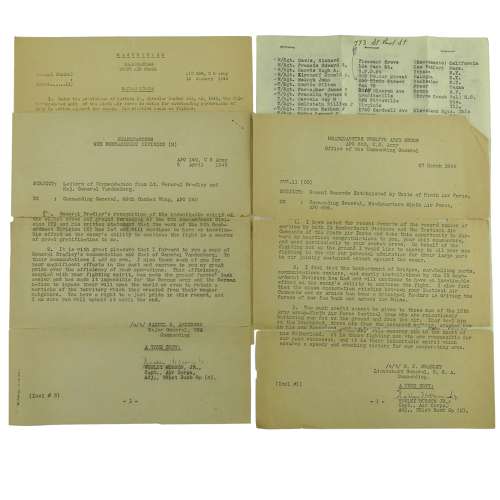 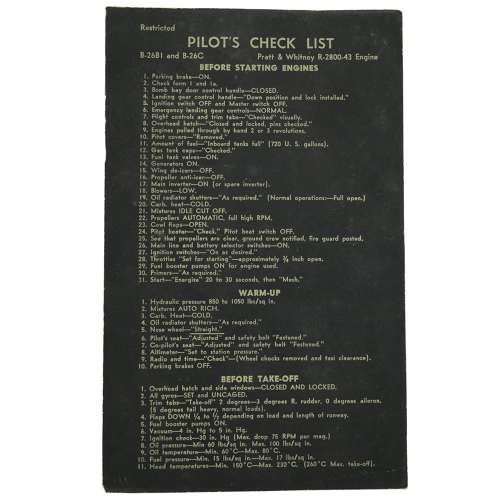 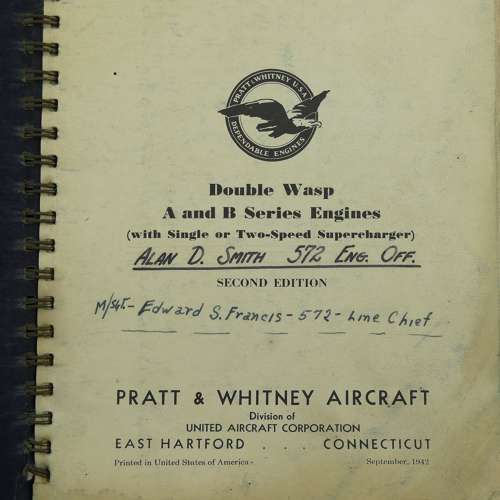 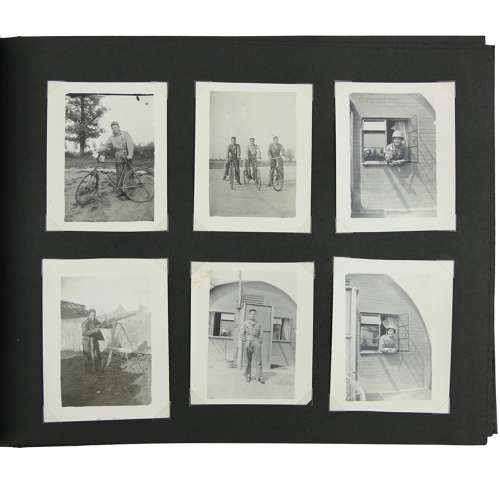 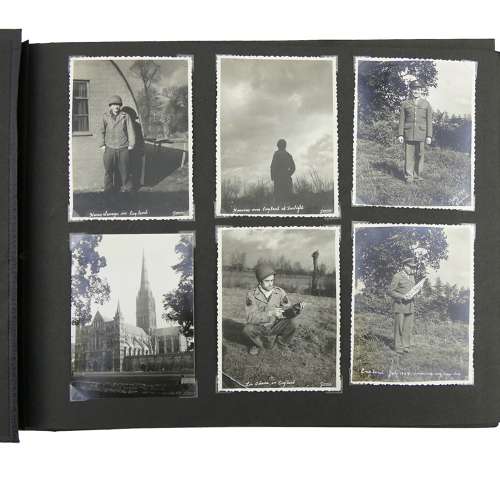 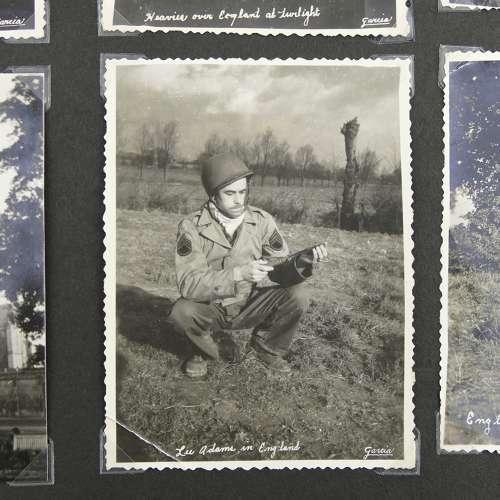 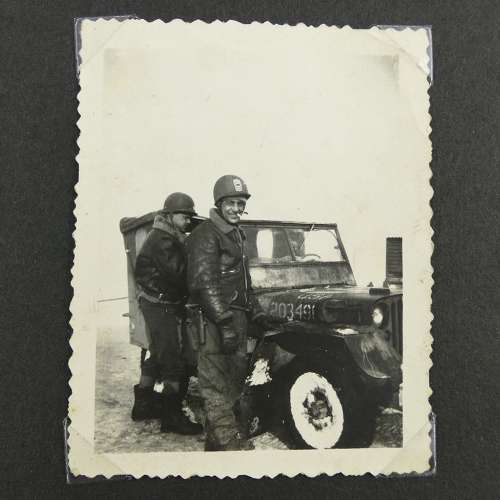 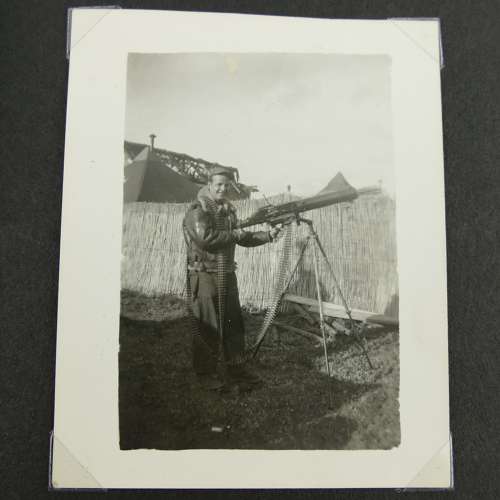 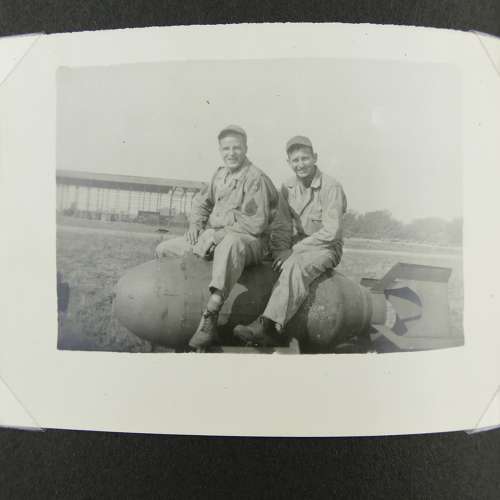 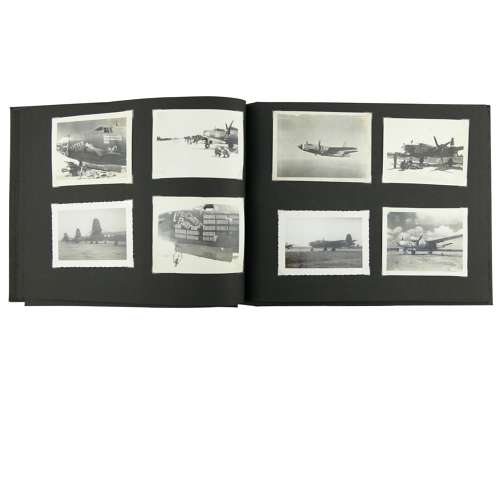 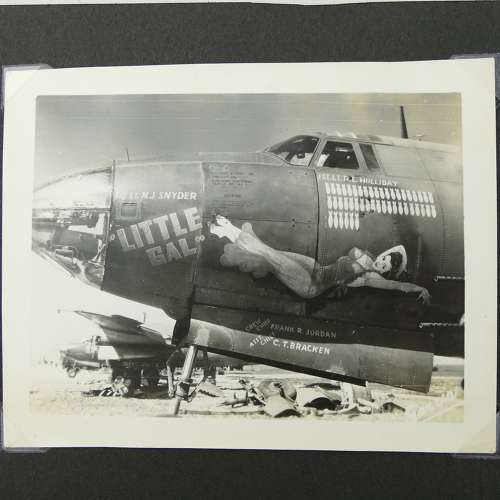 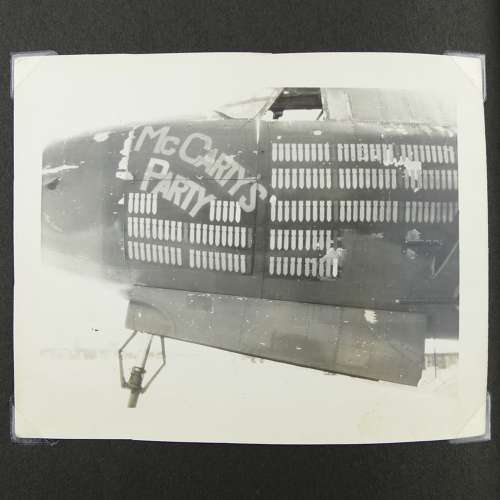 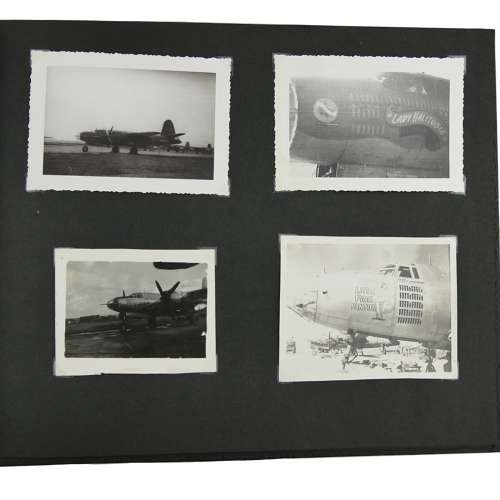 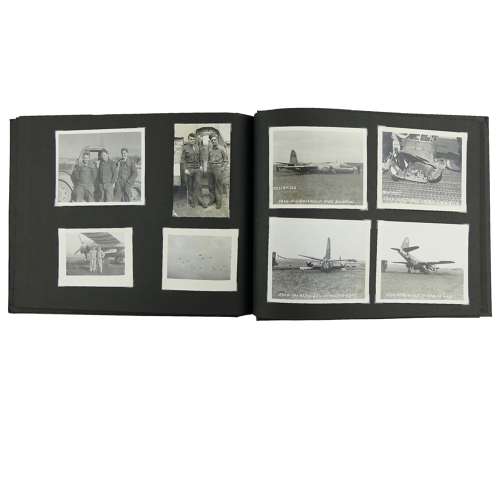 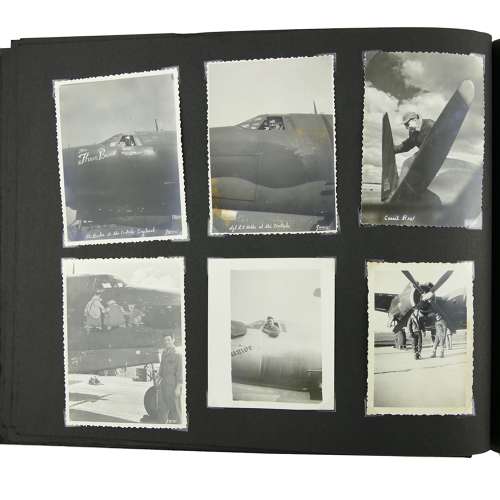 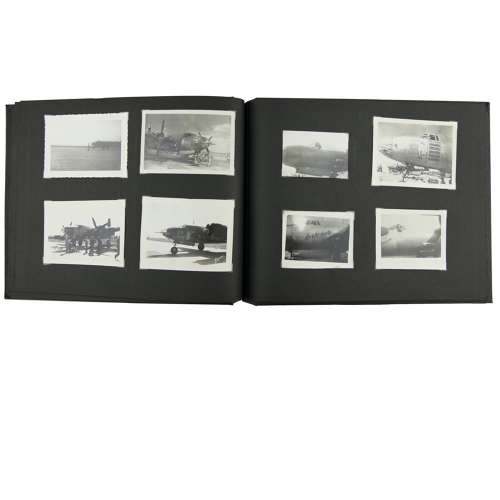 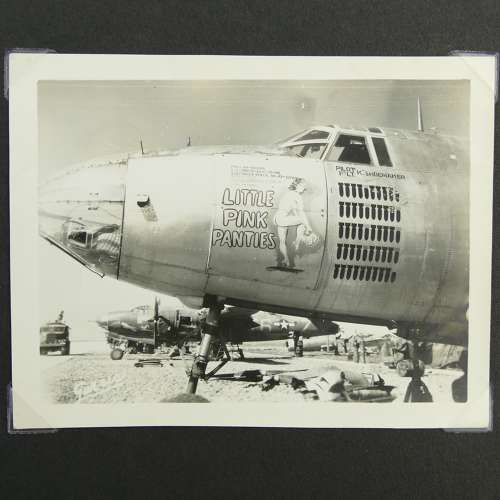 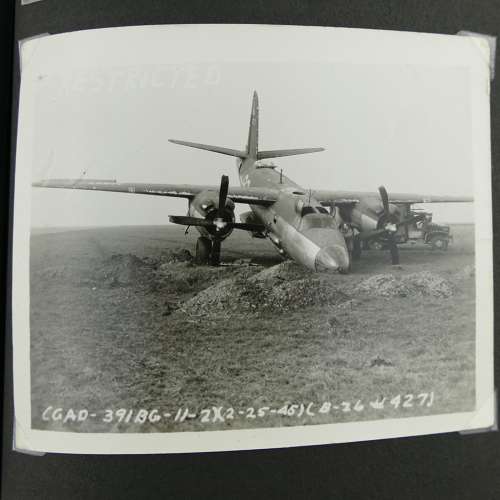 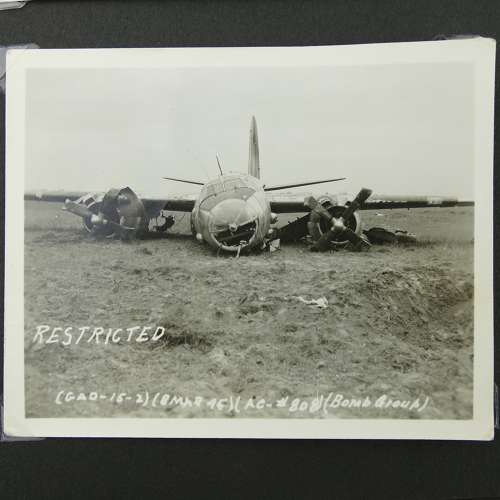 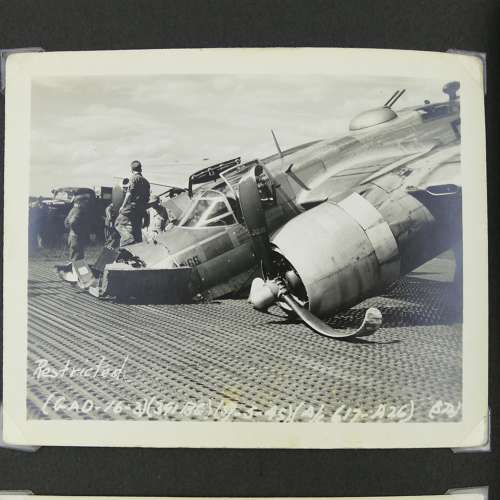 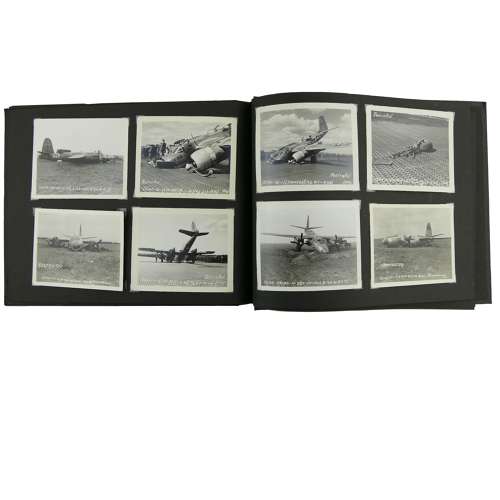 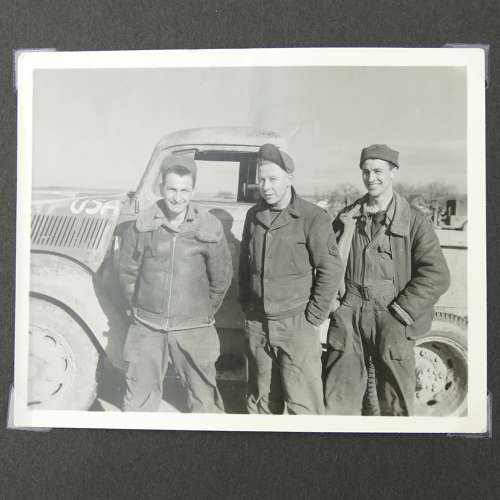 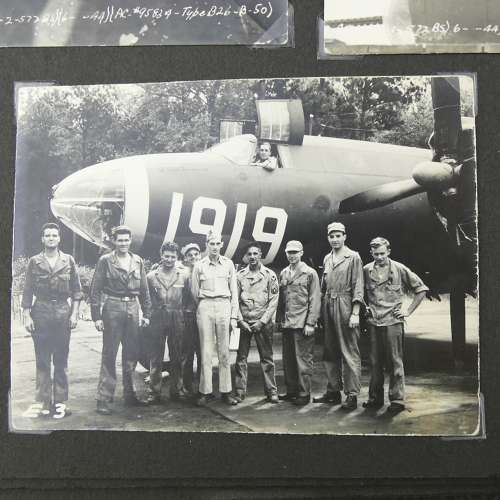 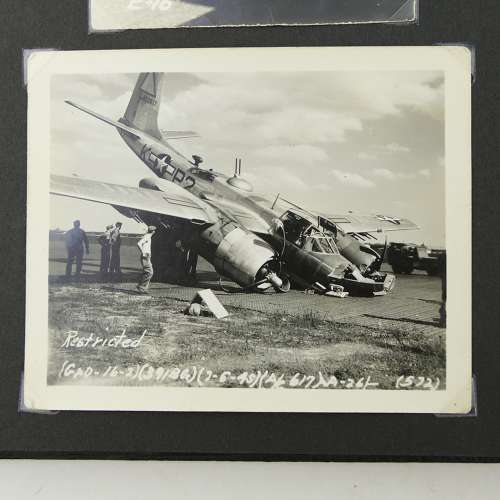 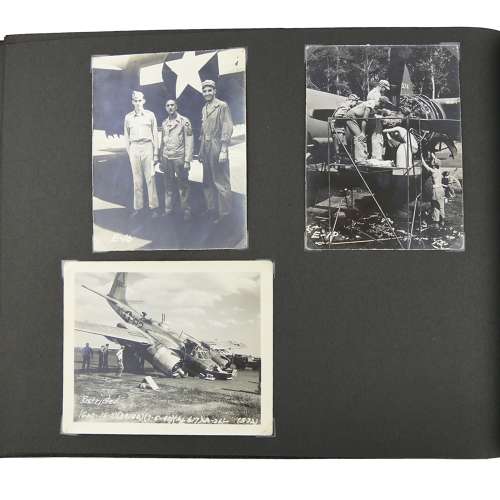 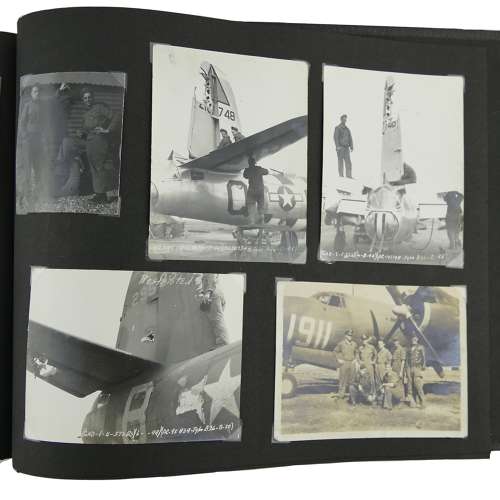 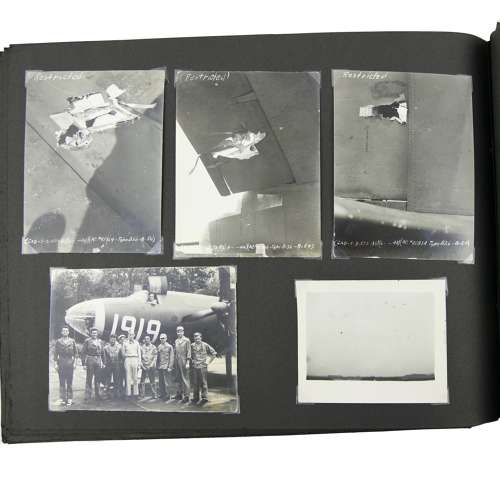