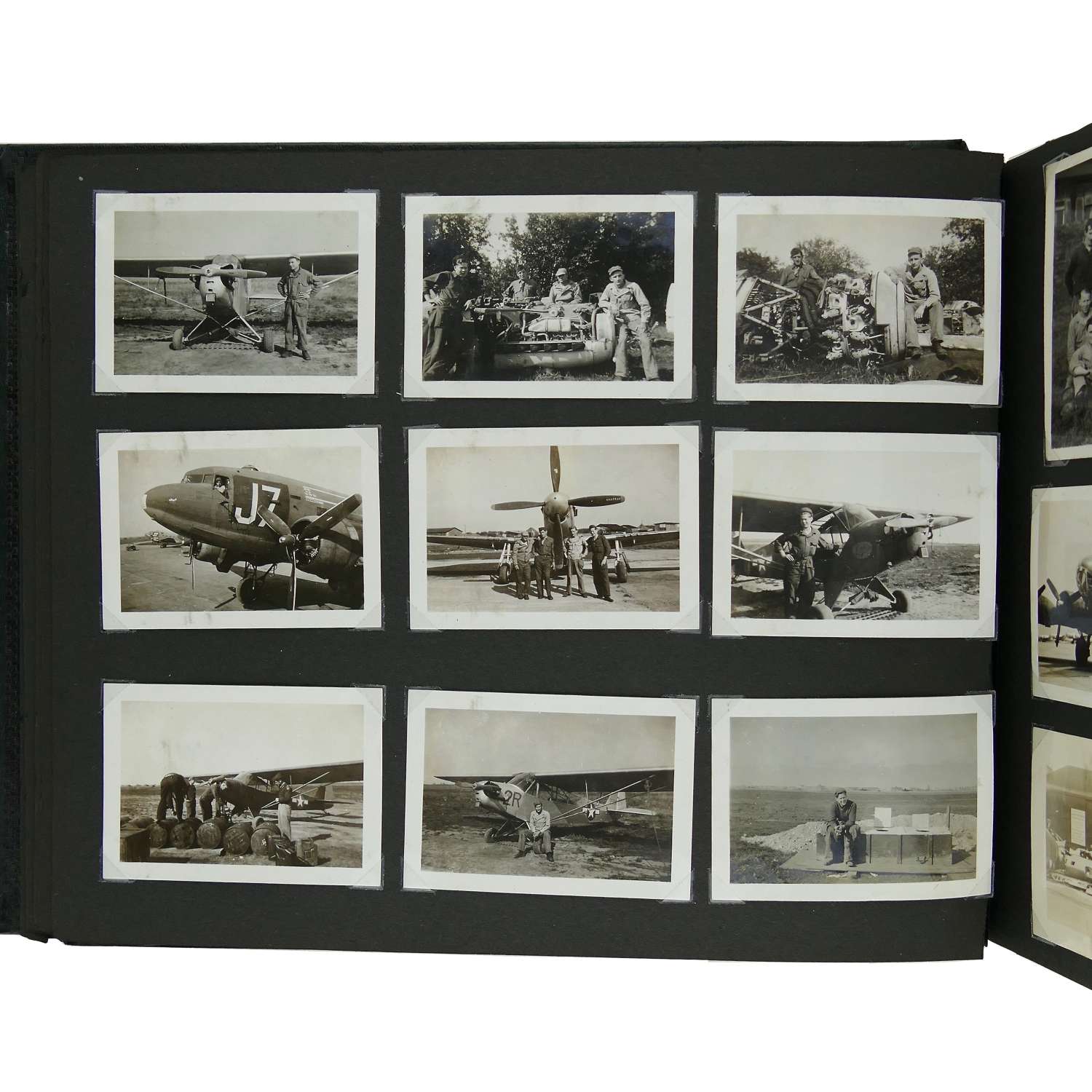 Faux leather hard-backed album approximately 34 x 26cm.  This belonged to a 9th AAF mechanic and contains approximately 215 black and white photographs relating to his service.  It starts at the Army Air Forces Technical Training Detachment, Buick Motor Division and lots of photos follow of the mechanic in uniform outside a Nissen hut on an airbase.  Further images show his colleagues, aero engines, C-47 Dakotas -  one with nose code J7 of the 303rd Troop Carrier Squadron - 442nd Troop Carrier Group (with painted gliders on side), Spitfires, Piper Cub L-4 spotter planes, B-17s, WACO gliders, scrapped aircraft etc.  He then appears to have been posted to France/Germany and photos of bridges over the Rhine, jeeps and the Eiffel tower follow.  The remaining images show the mechanic and his colleagues at a camp, men involved in some sor of training (?) operation and a battlefield with tank/jeeps/explosions.  The majority of photographs are approximately 9 x 6.5cm, some are larger, a few smaller. It might be possible to identify aircraft and vehicles from visible codes.  Good condition.  Stock code P24215A-8. 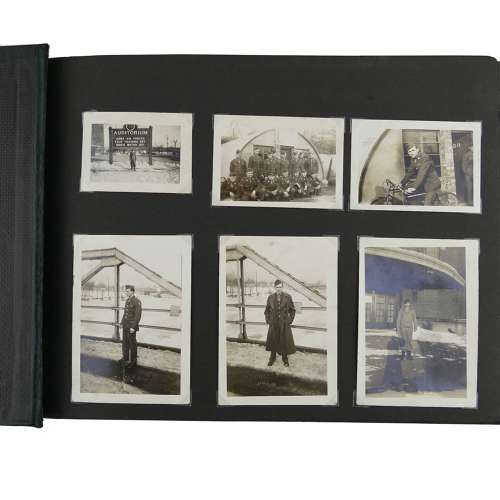 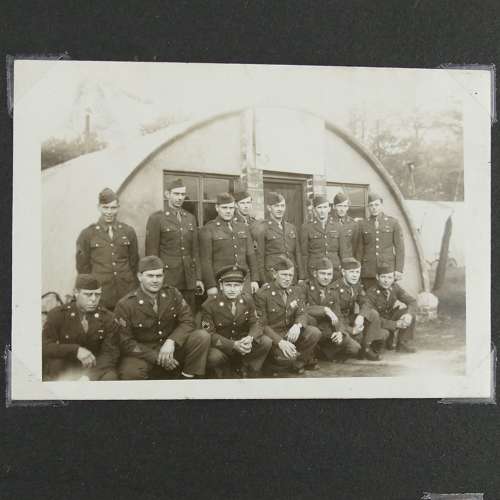 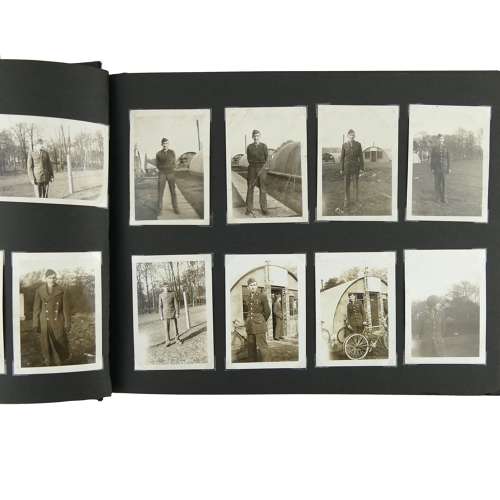 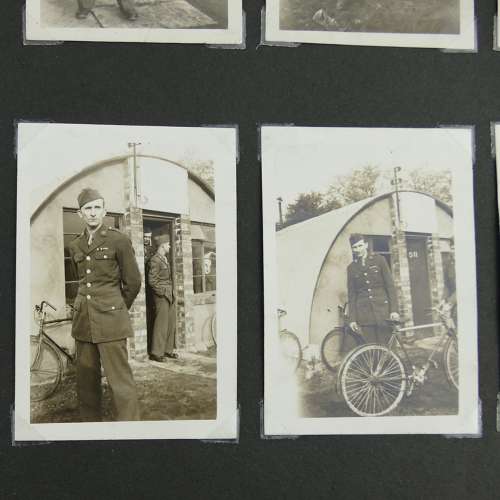 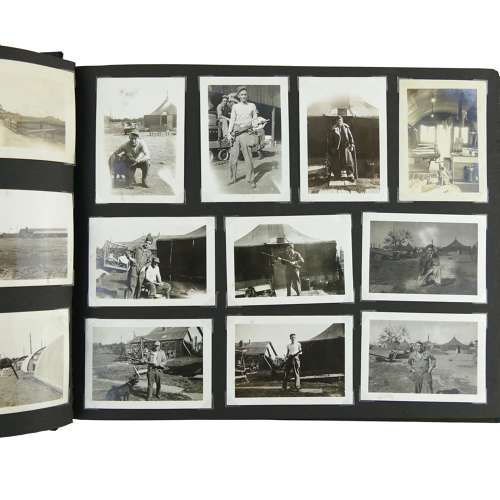 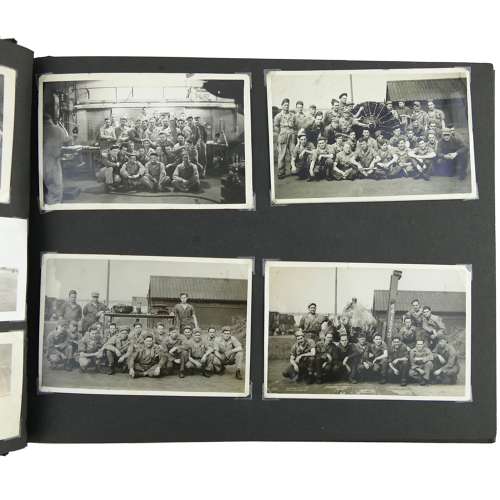 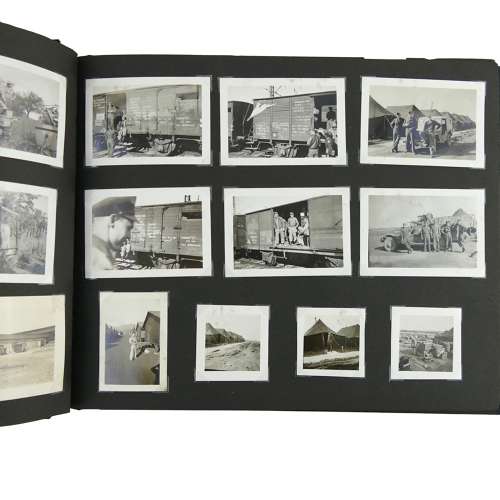 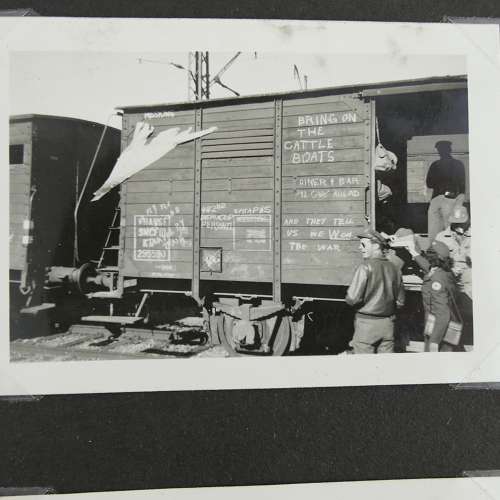 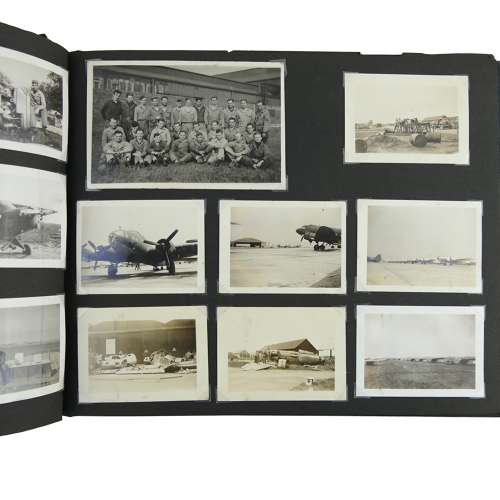 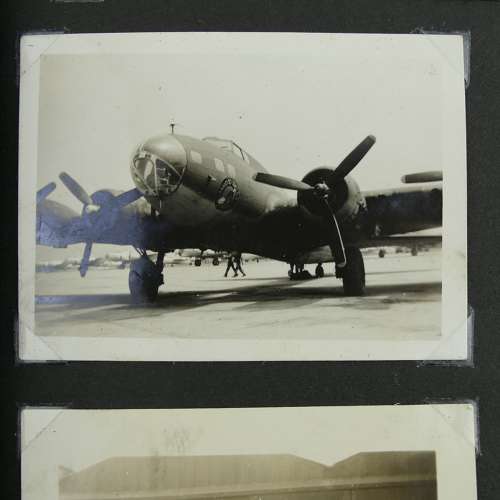 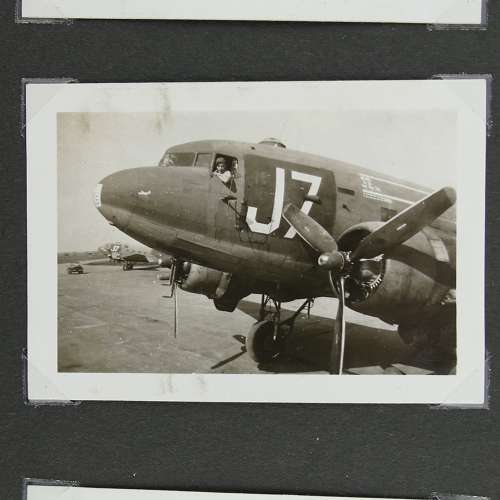 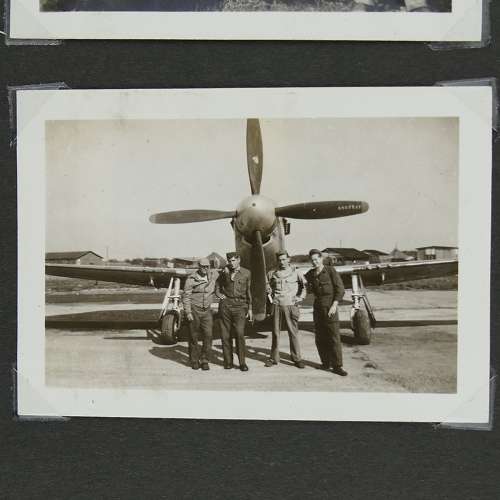 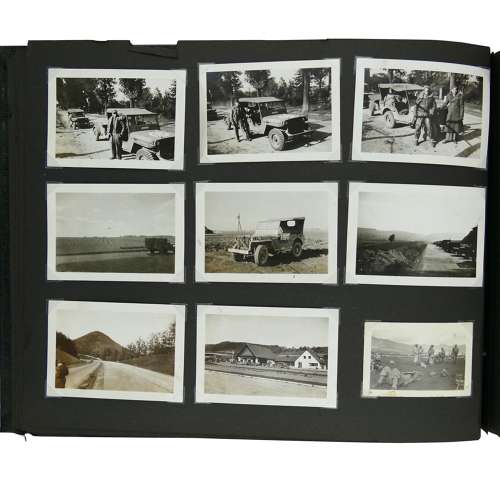 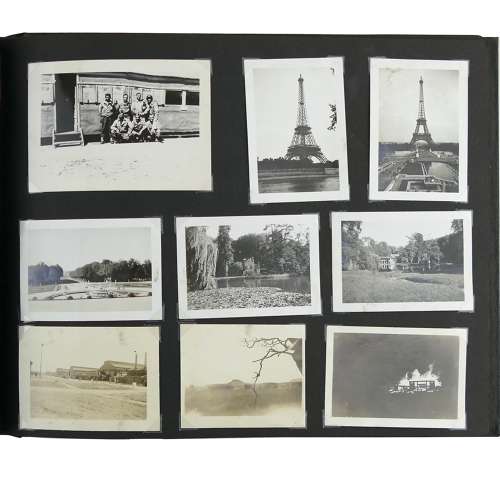 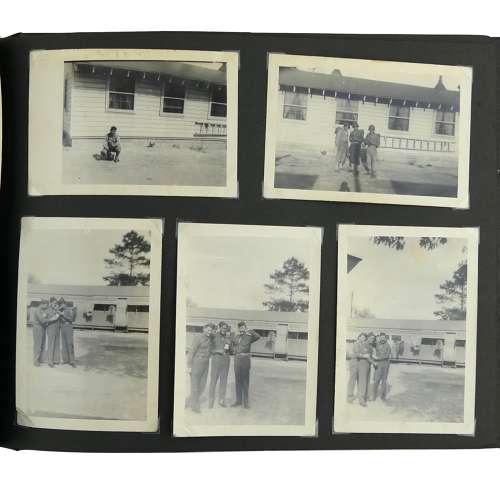 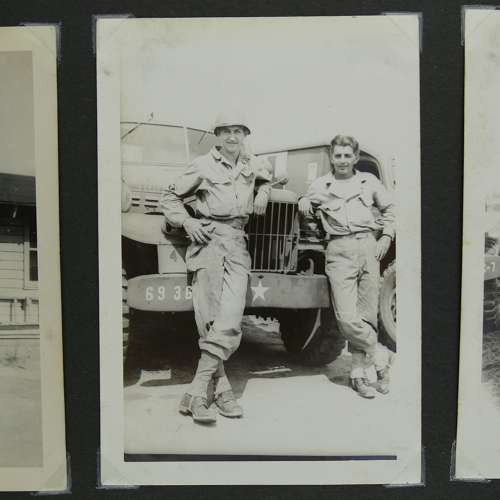 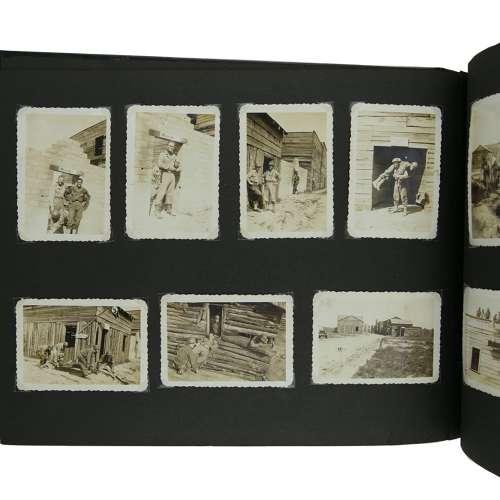 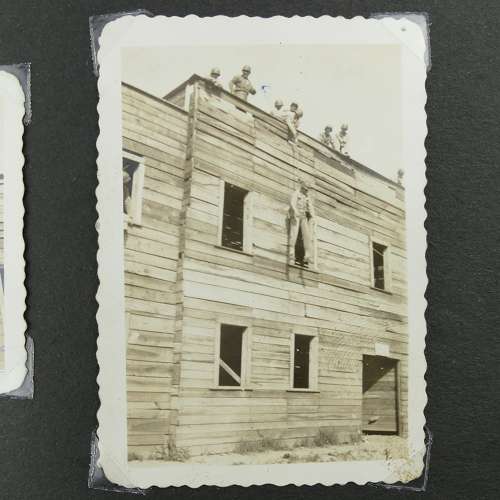 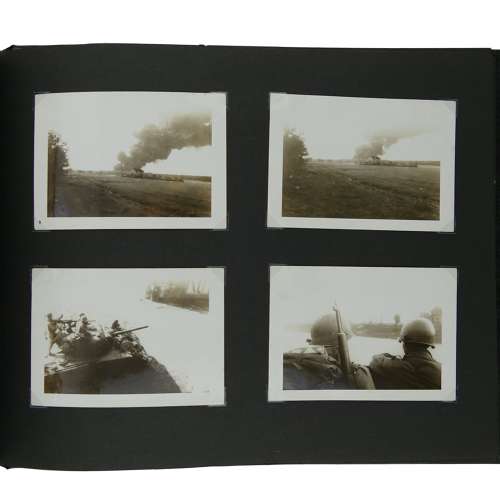 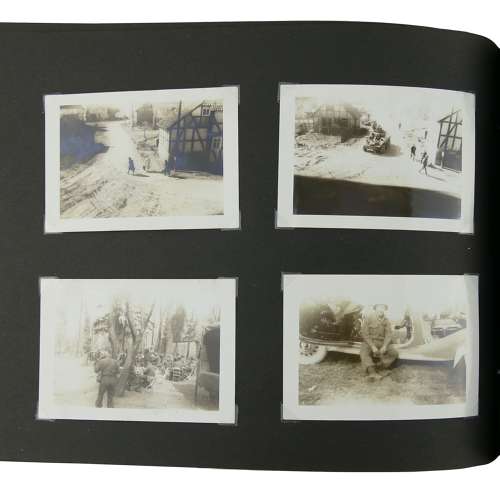 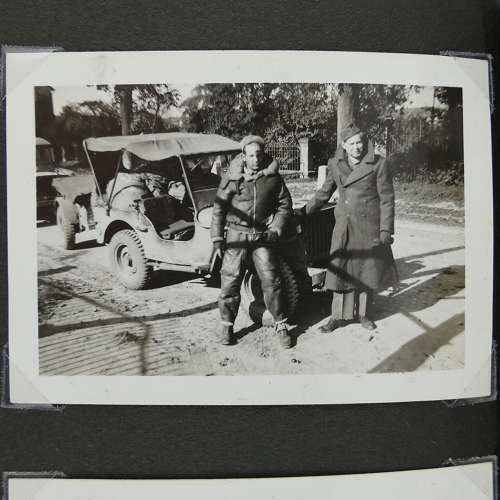 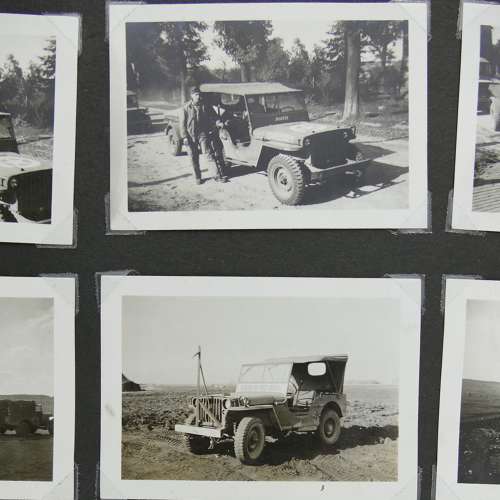 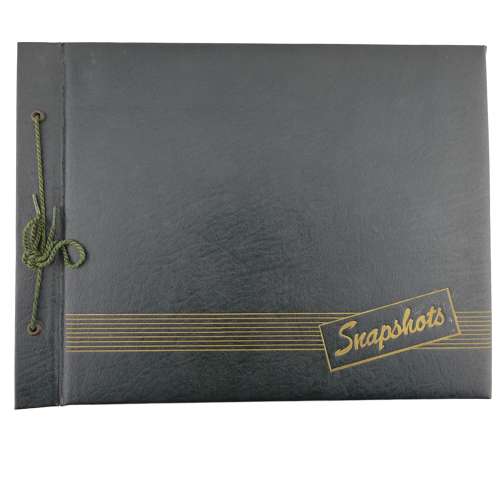