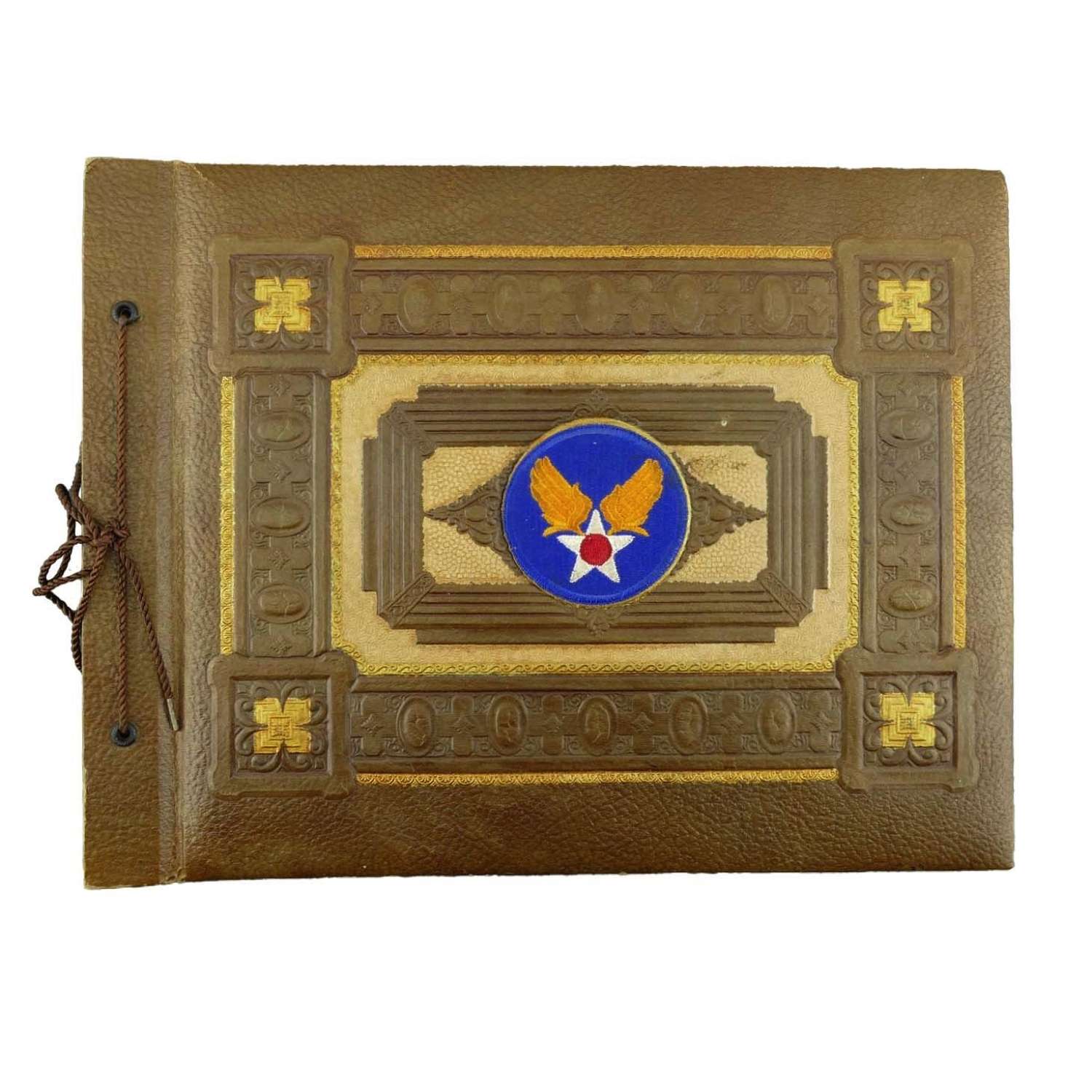 Photograph album relating to 1st Lieutenant Howard 'Bud' Claflin (0693631) who was born in Akron in 1921 and lived in Cuyahoga Falls, Kent State, Ohio.  He graduated from Cuyahoga Falls High School in 1939 and enlisted into the AAF in 1942.  Lt. Claflin served with the 548th Bombardment Squadron, 385th Bomb Group, 8th Air Force on B-17 Flying Fortresses, based at Great Ashfield in Suffolk.  He had already completed over 20 combat missions when on 22nd April 1944, he was co-pilot on a raid in B-17 'Honky Tonk Sal'.  The aircraft had just released its bombs when it was hit by flak, blowing an engine off the wing and sending the aircraft plunging in a powerless spiral. Claflin baled out and spent the rest of the war as a prisoner of war, initially at Stalag Luft III, later being moved to Stalag XIIID at Nuremberg-Langwasser.  He was release on May 1st 1945.  Initially classed as 'Missing in Action', it wasn't until June that his family learnt he was safe.  Shortly before being shot down Claflin had been awarded the Air medal for meritorious achivement.  The faux leather album is approximately 34 x 26cm and has a machine made AAF shoulder patch glued to the front cover.   Inside are black card pages with  approximately 56 photographs attached via card corner mounts.  Sizes vary but many are about 7 x 12cm, some smaller, a few larger.  The one on the inside cover show him and his crew in A-2 jackets,  in front of a B-17.  The original negative for this, 17 x 12cm., is also with the album inside an envelope inscribed 'Mrs. Claflin, 4-23-44'.  The next few photographs show him as a cadet and then at flight training school.  These show cadets in flying gear, PT-19s, Harvard/T-6 trainers, life around the camp, girlfriends and family.  All of the photographs appear to be related to his time as a cadet. Newspaper clippings have been glued in at the rear of the album, all relating to Claflin and his crew (other local serviecemen) going missing, being reported as PoWs etc.  Some mention and show his mother who was supporting the drive to increase the distribution of Red Cross parcels to prisoners in Germany. The covers of the album are good but some of card pages are a bit brittle/damaged.  Claflin returned to America after the war and worked in Industrial sales.  He died on 24th September 2013 at the age of 93.  An interesting album worthy of further research.  Stock code P22415A-222. 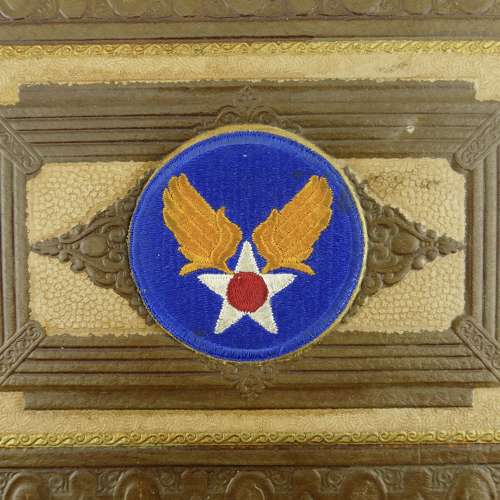 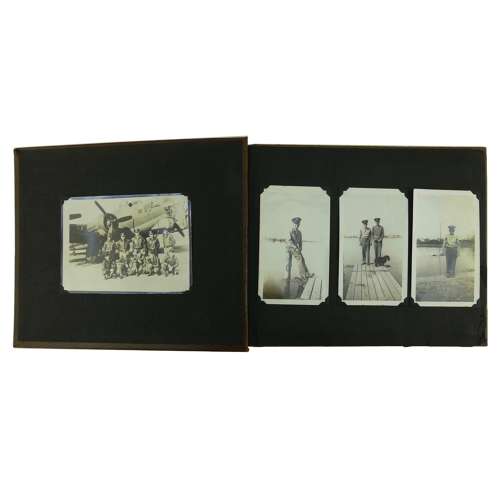 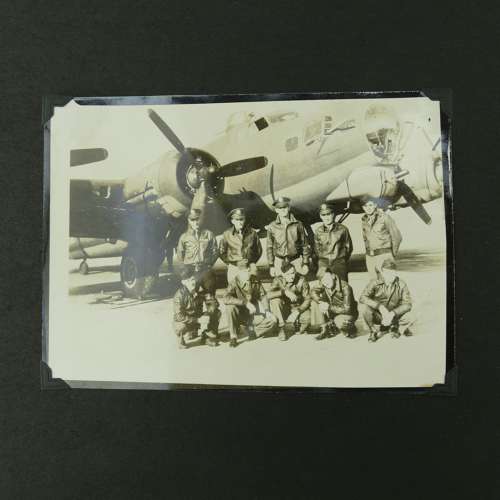 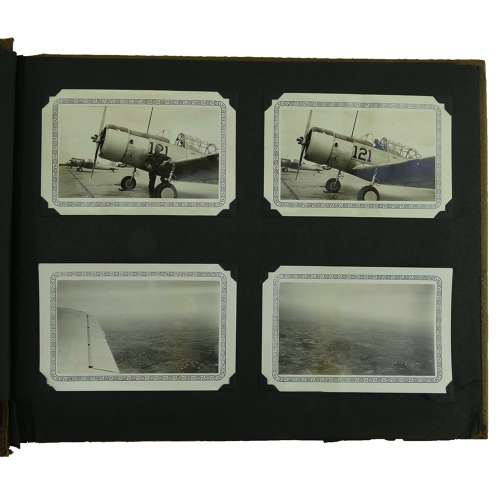 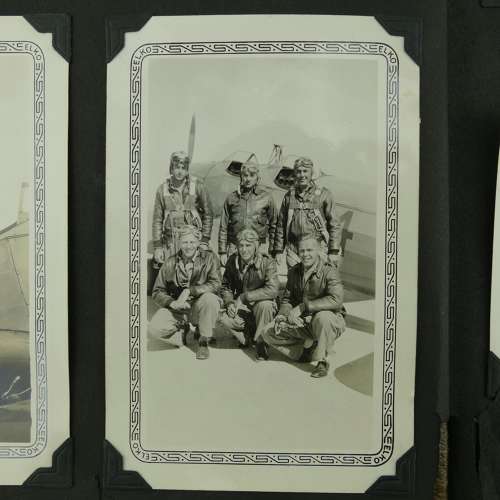 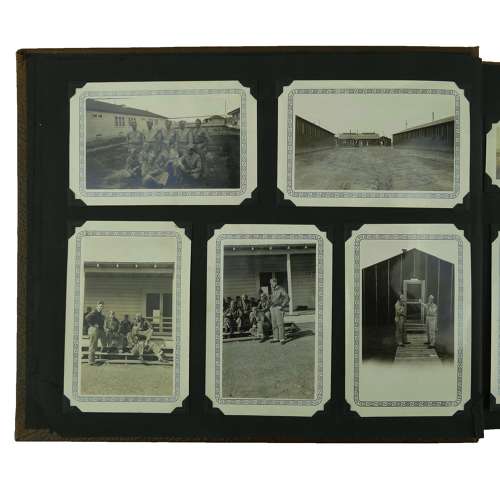 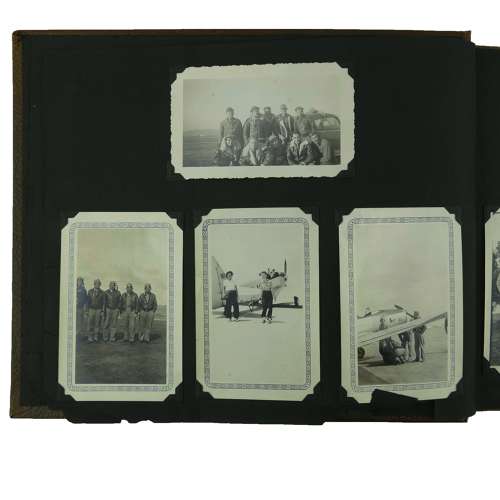 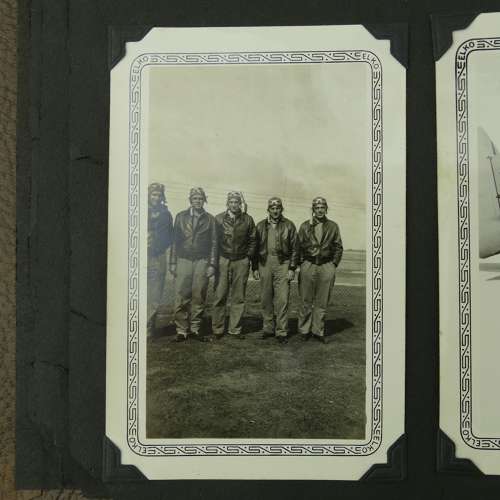 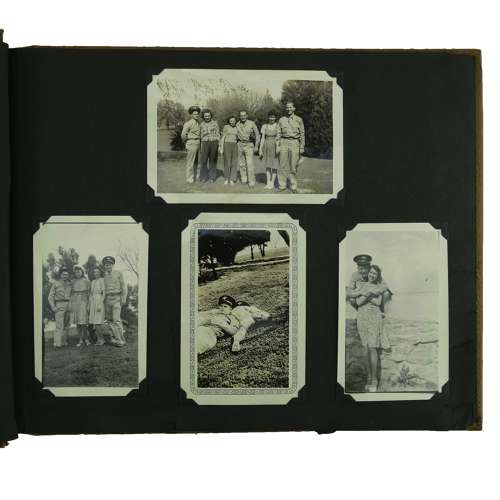 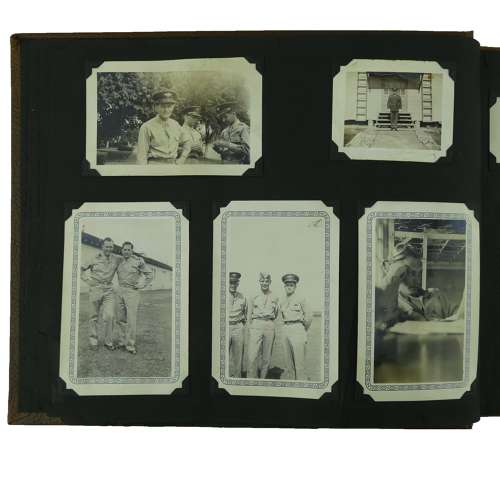 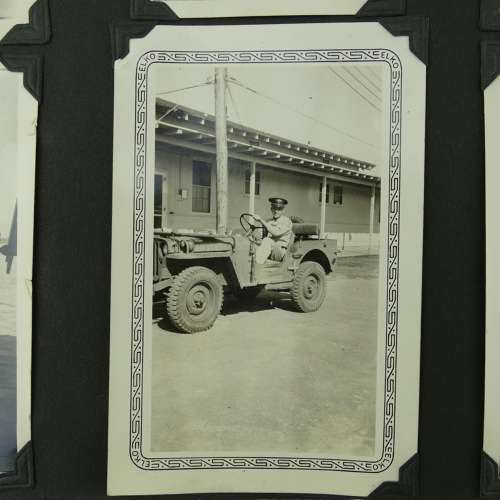 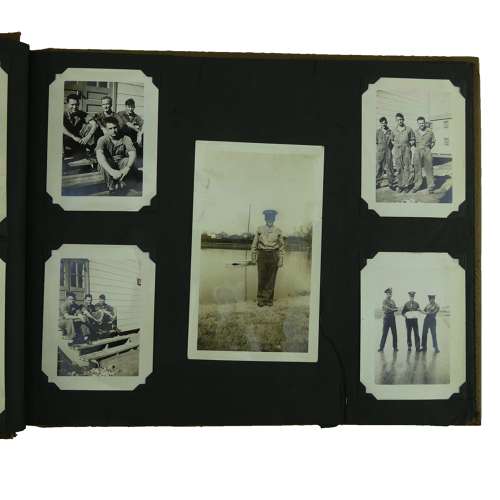 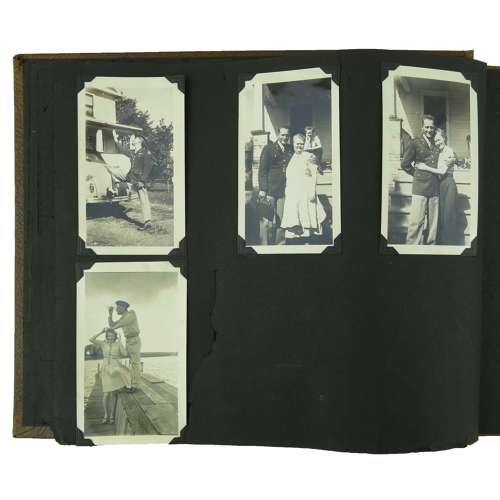 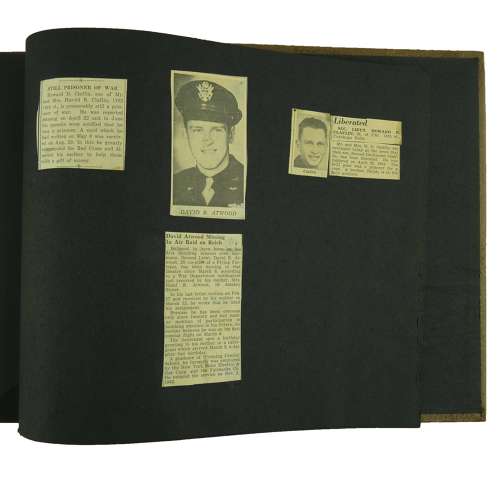 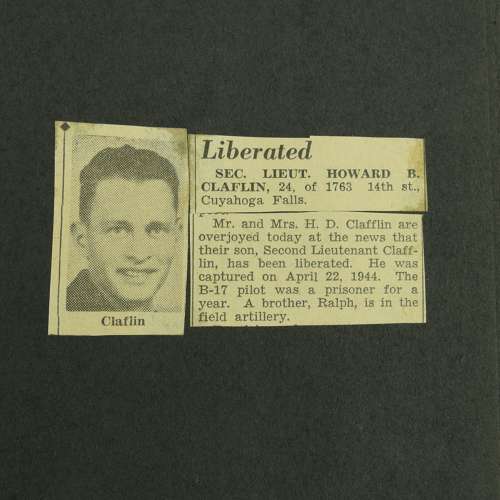 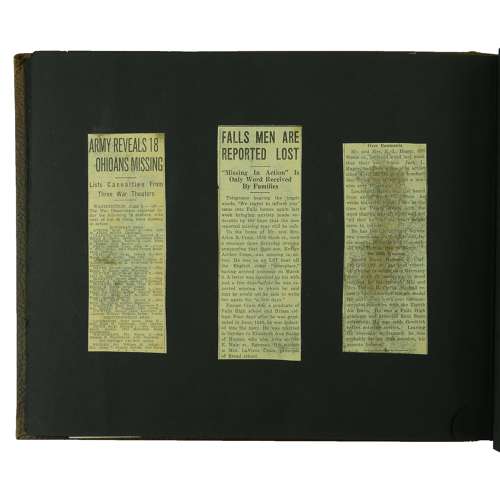 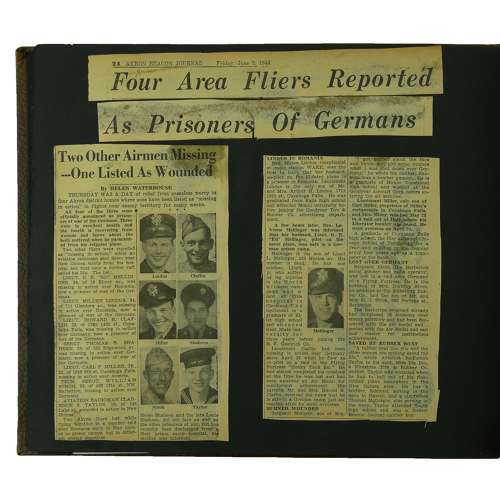 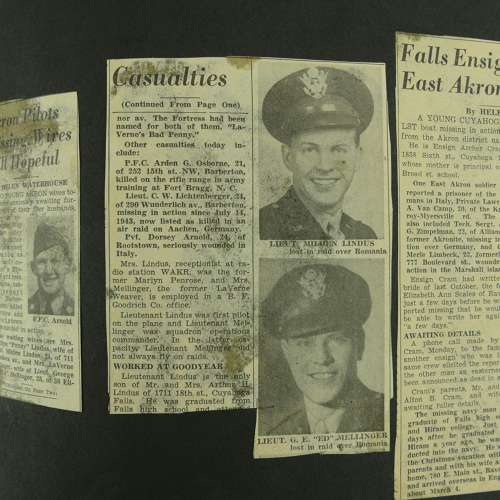 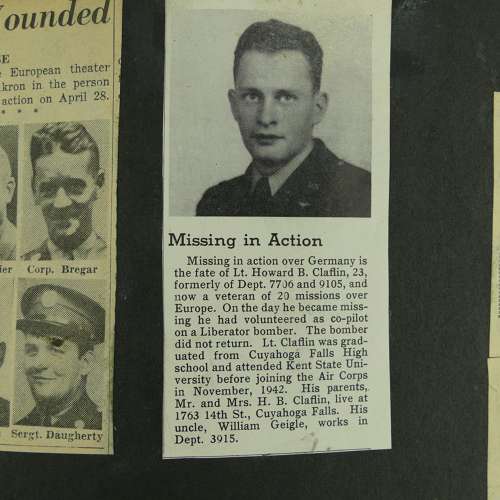 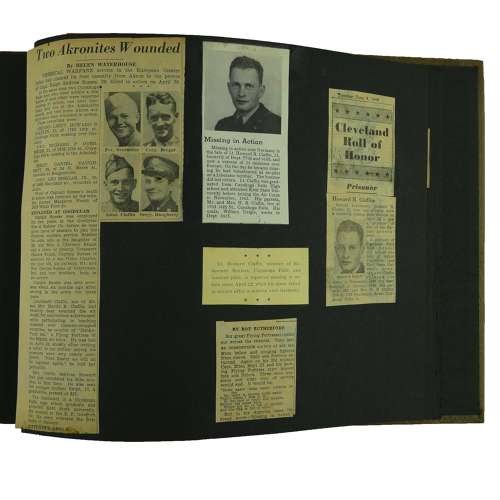 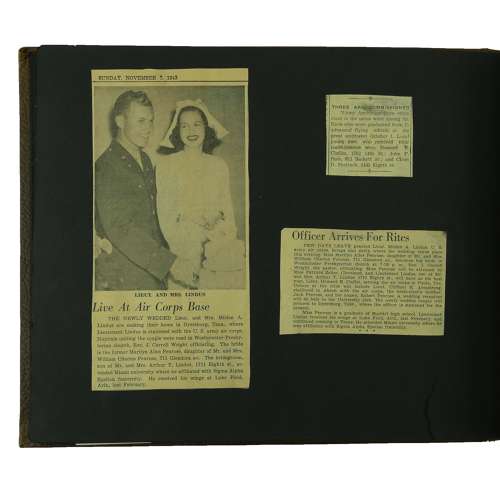 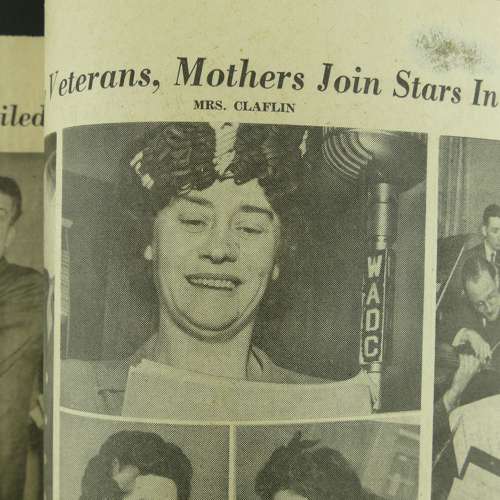 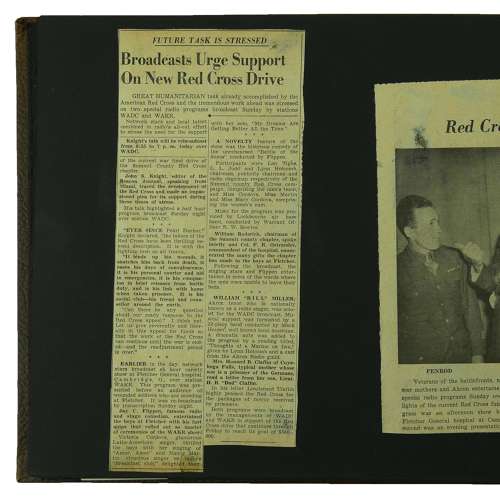 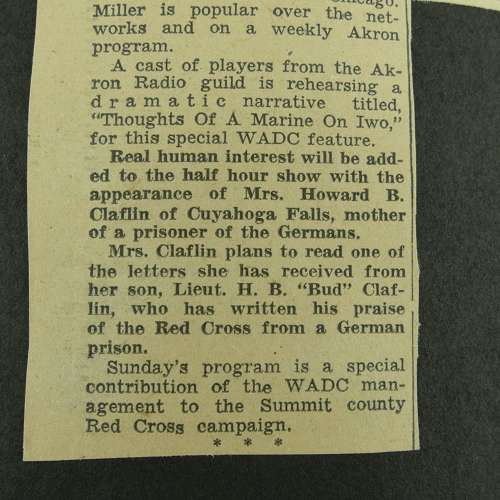 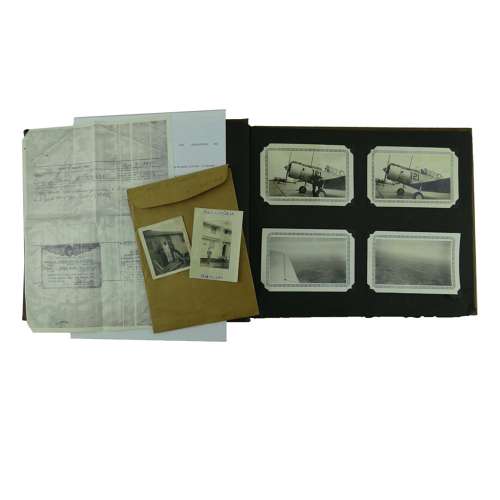