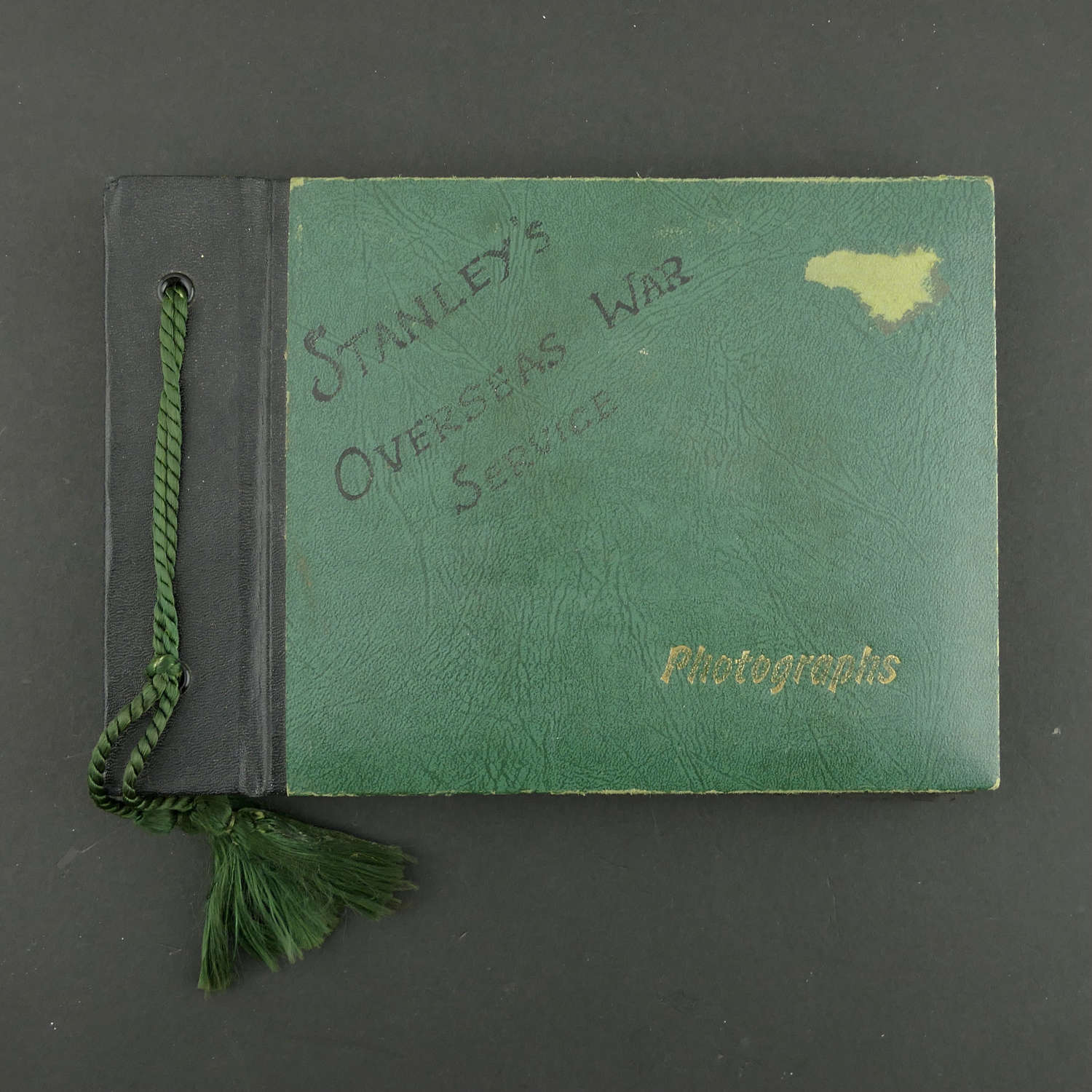 Faux leather covered board album, loose-leaf, approximately 23 x 26cm.  Marked on the front 'Stanley's Overseas War Service'.  Photograph album to a USAAF technical sergeant who appears to have served with the 942nd Aviation Engineers based at High Wycombe in Buckinghamshire and later in France & Belgium, between 1942 and 1945.  Contains approximately 38 photographs along with matchbook cases, theatre tickets/programme, bus tickets, wartime coins, cigarette packets etc.  Some of the photos show 'Stanley' in uniform in/around their camp at High Wycombe, others show places he visited such as Canterbury, Hampton Court, and Edinburgh.  Later, after VE Day he seems to have been based in mainland Europe and there are photos of Virton in Belgium, Cologne and Luxembourg.  Three show a C-47 Dakota that he was flown in, one an American soldier in captured German Paratroop kit and others are of general views in Luxembourg city.  Many of the images are annotated on the back - all written to his wife back at home in the USA. A great snapshot of one man's war.  Stock code P24215A-176. 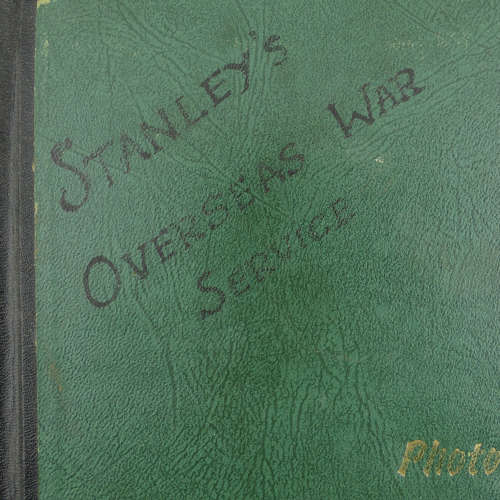 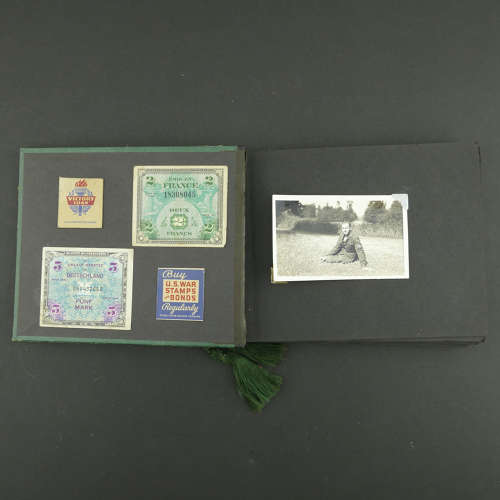 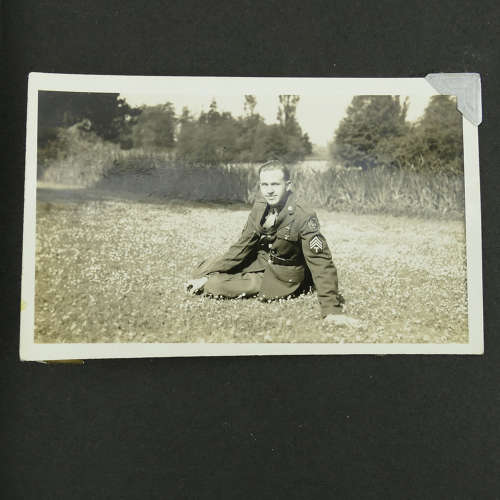 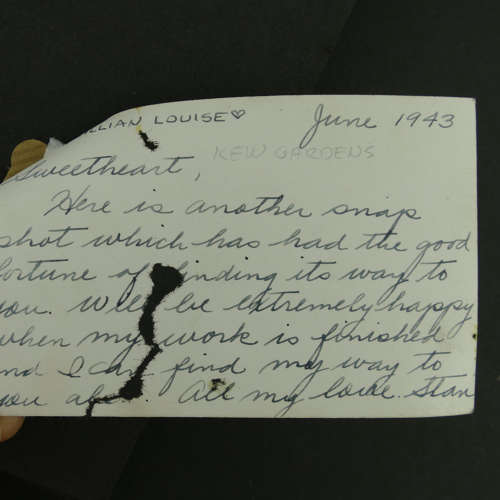 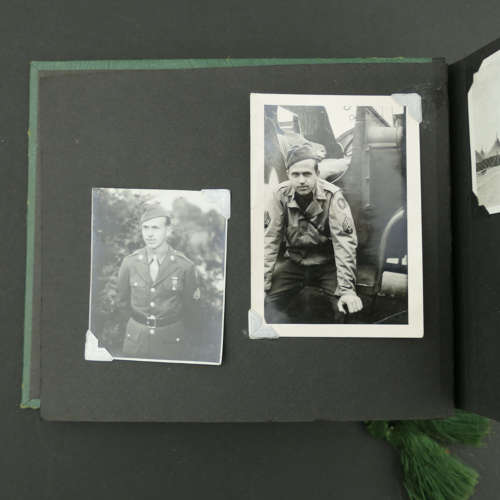 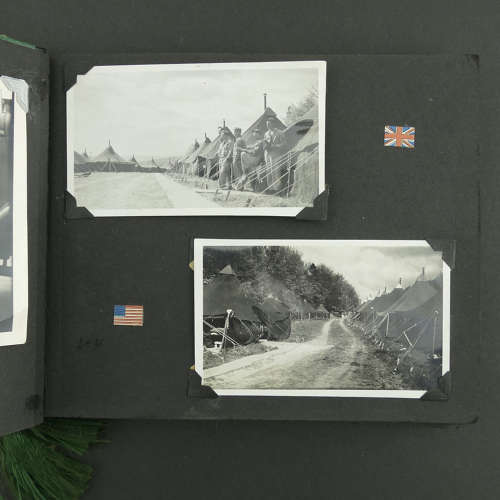 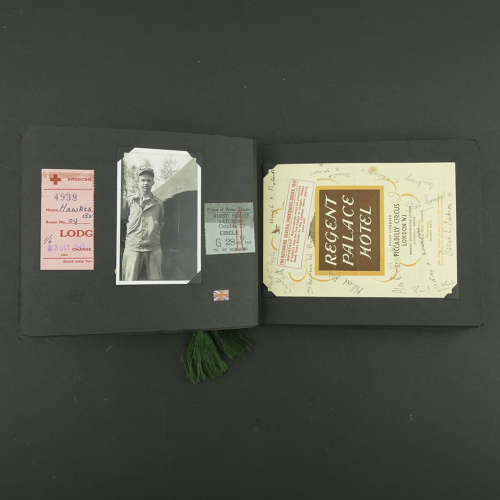 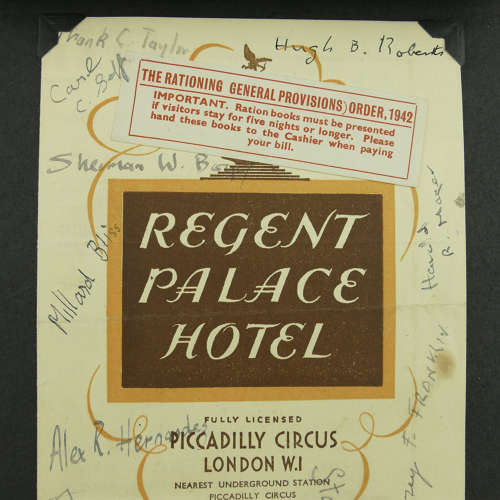 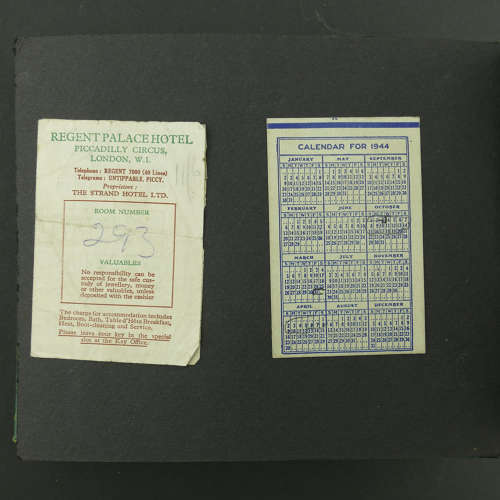 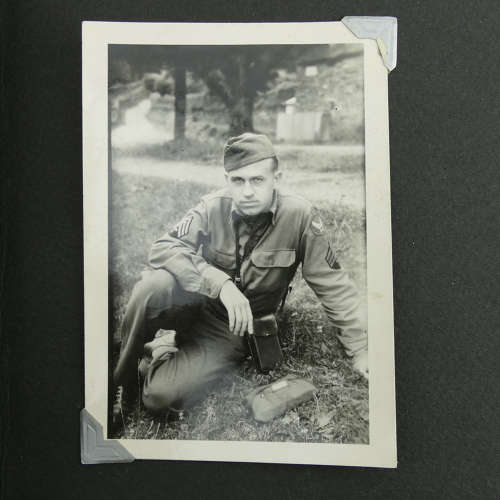 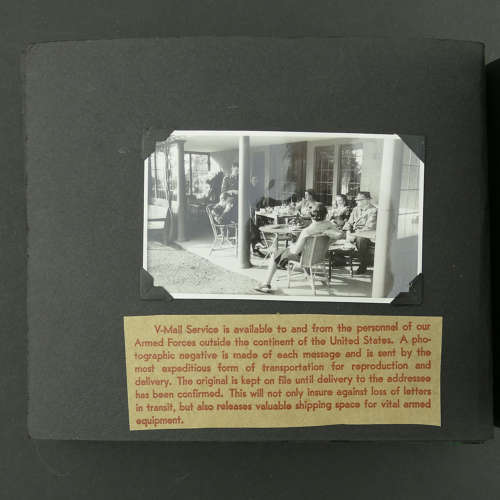 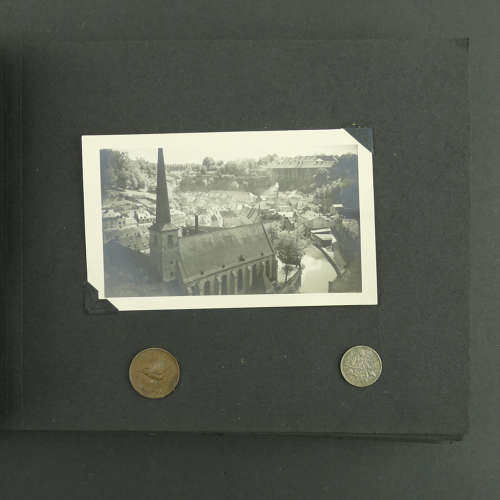 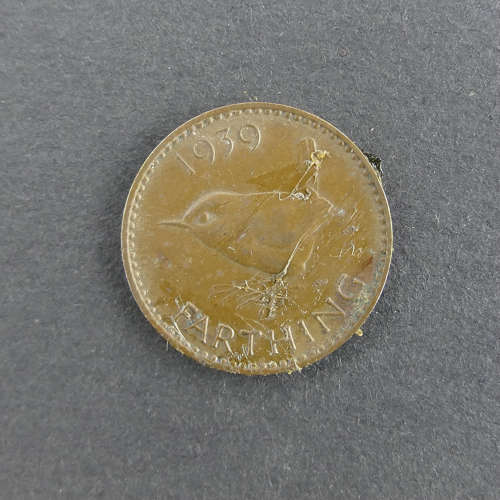 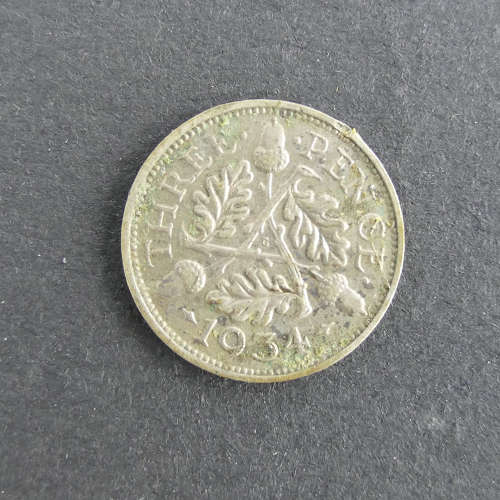 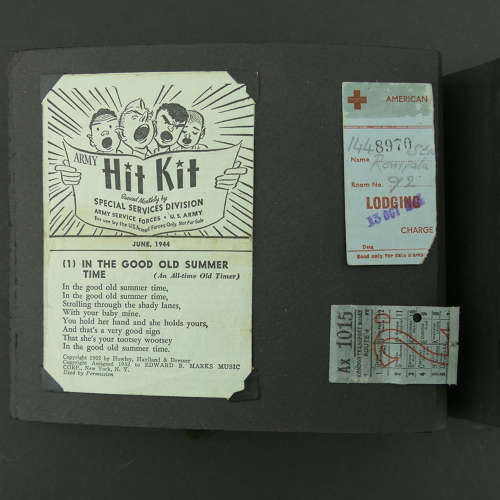 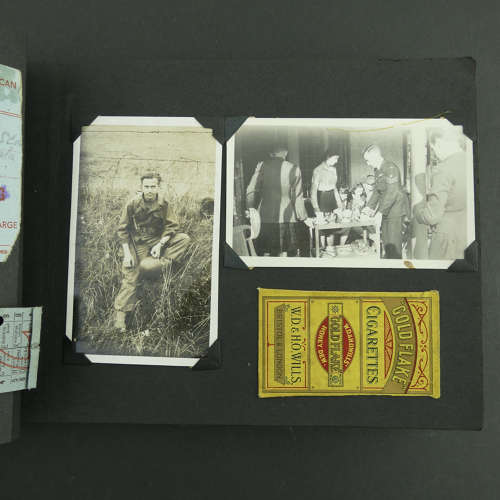 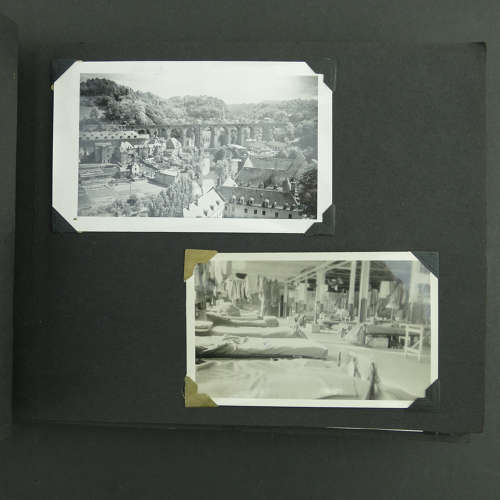 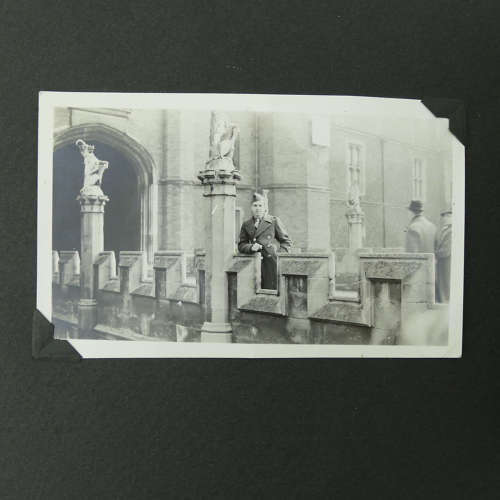 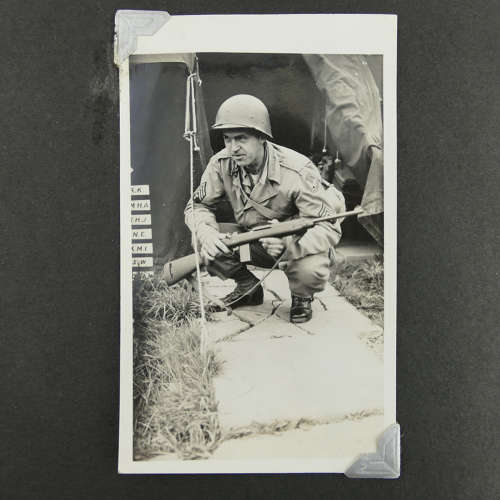 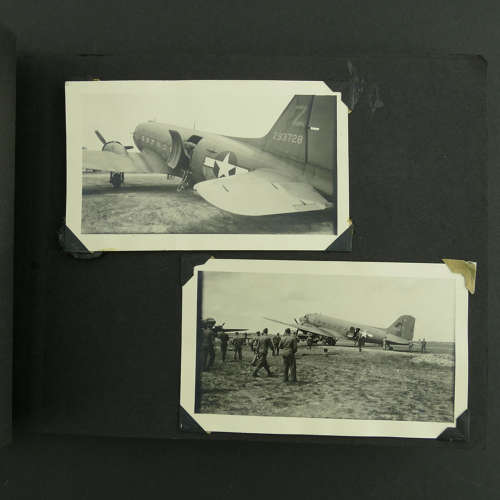 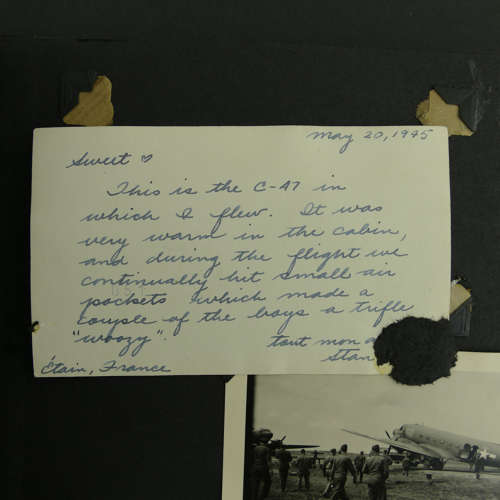 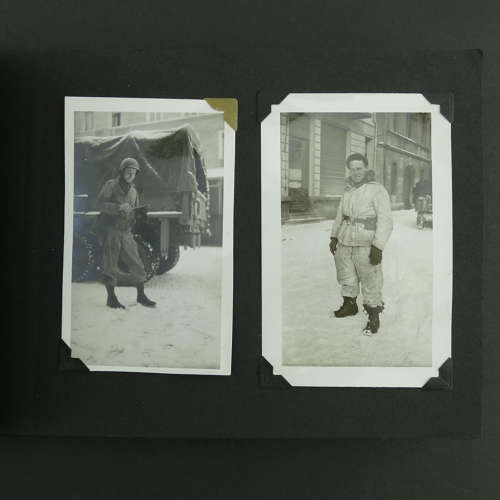 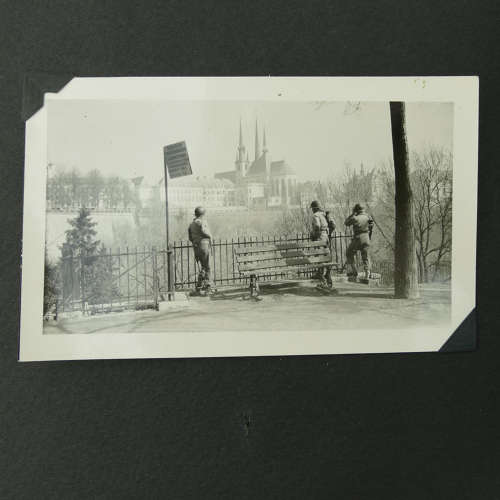 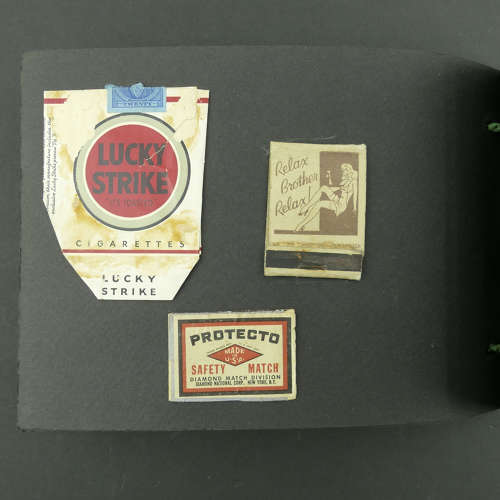 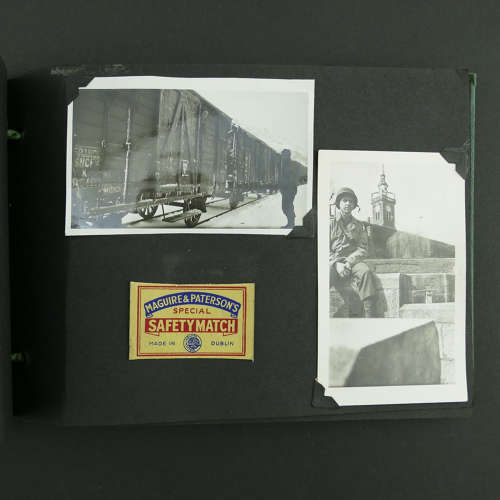 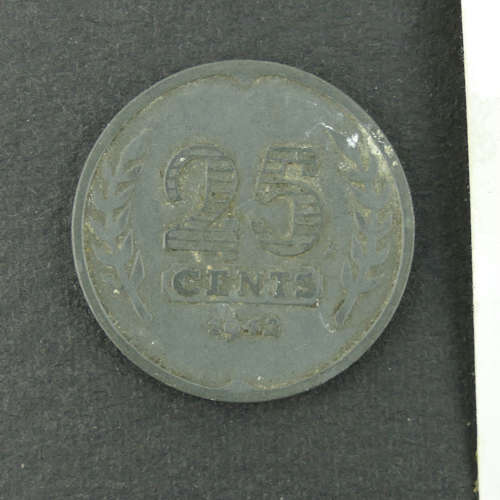 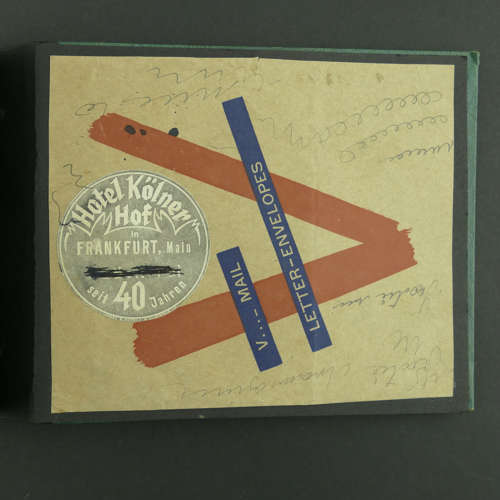 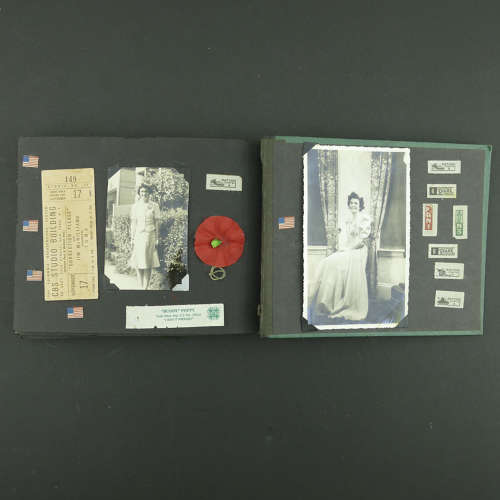 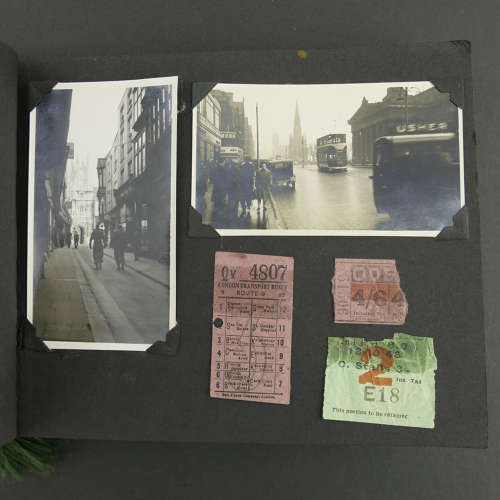