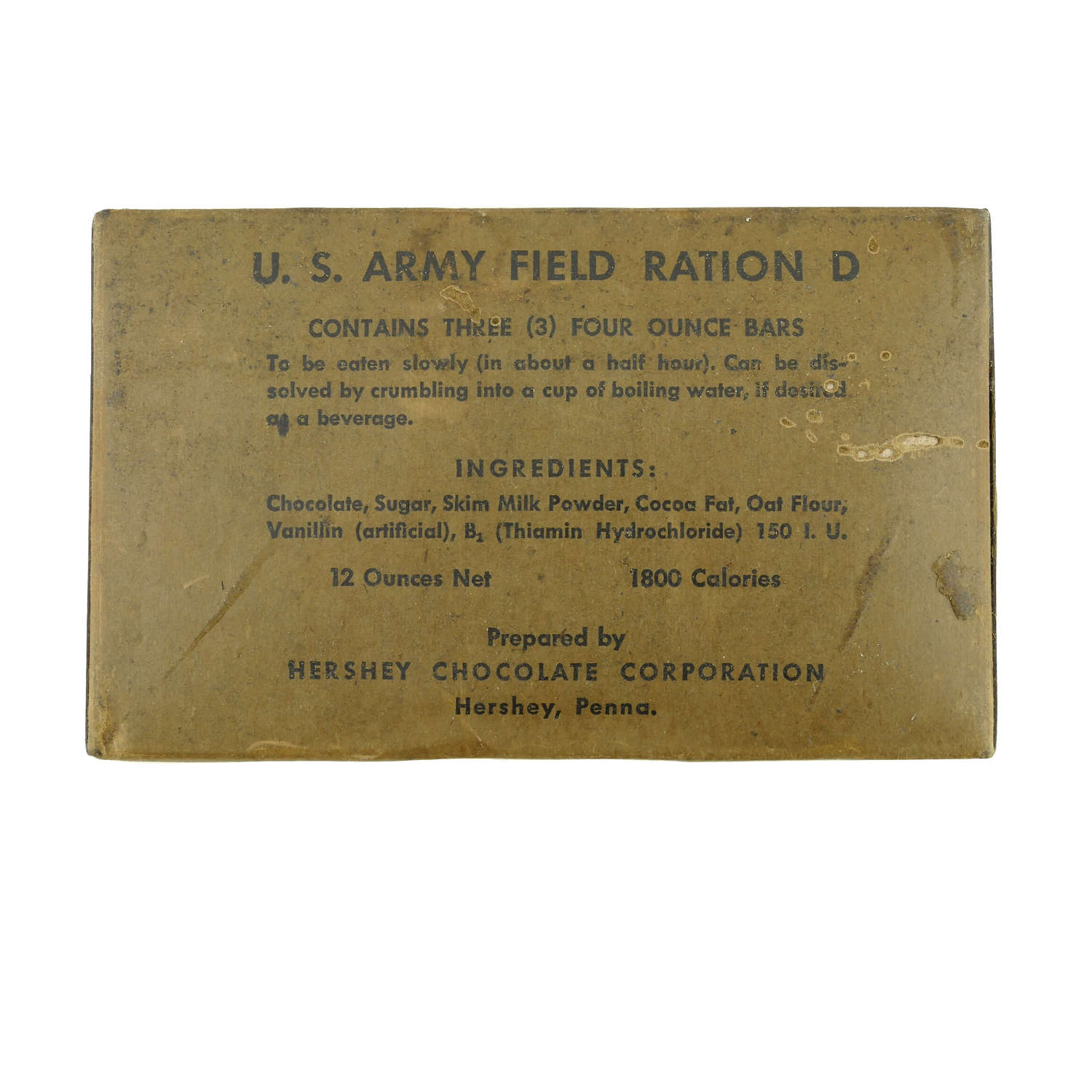 Prepared by Hershey Chocolate Corporation, Hershey, Penna.  U.S. Army Field Ration D.  Waxed card carton approximately 16.5 x 10 x 2cm containing three four ounce bars of type D rations.  Instructions on the carton state these 'should be eaten slowly (in about half an hour).  Can be disolved by crumbling into a cup of boiling water, if desired as a beverage'.  The ration was designed to be small & light, highly nutritious, heat resistant and palatable rather than tasty so that soldiers wouldn't eat them except in case of emergency.  The type D was normally an individually wrapped ration but these triple packs were also produced to provide a soldier with his full daily1800 calorie requirement.  This rare example was found in a USN survival backpack with one other we sold earlier in the year but they were also used by the US Army and USAAF in various survival kits.  Extremely rare.  D rations are now widely reproduced as originals are very difficult to find.  We have only ever seen two triple packs making this a very exciting find.  There is minor insect damage on the front of the carton but overall condition is very good to excellent and all text is completely legible.  Stock code S23886. 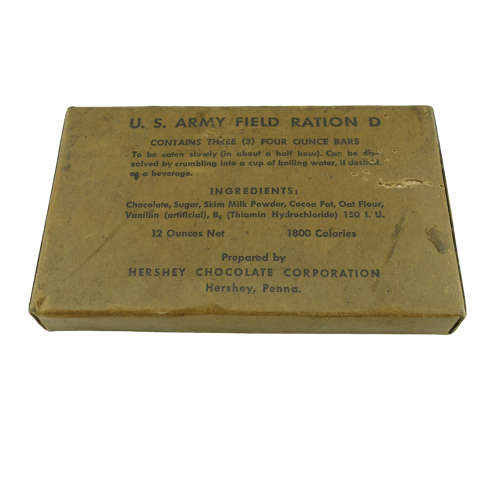 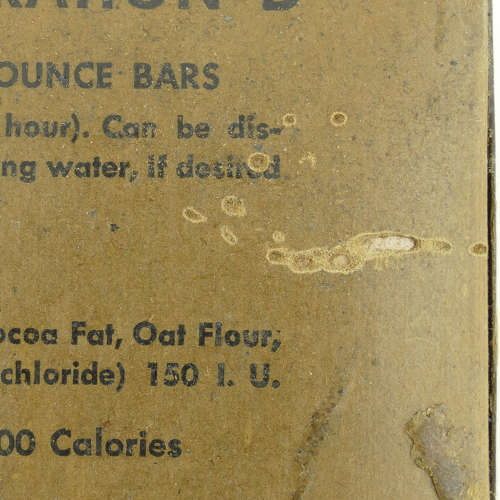 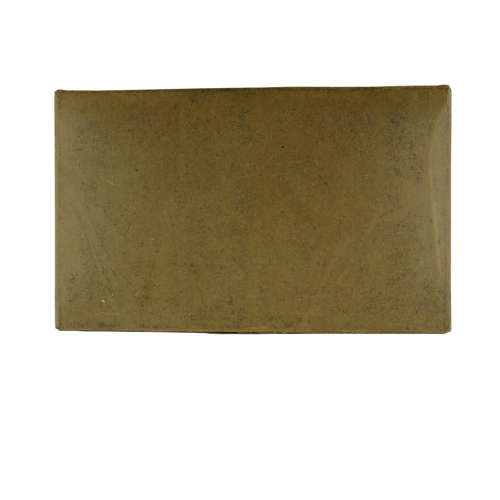